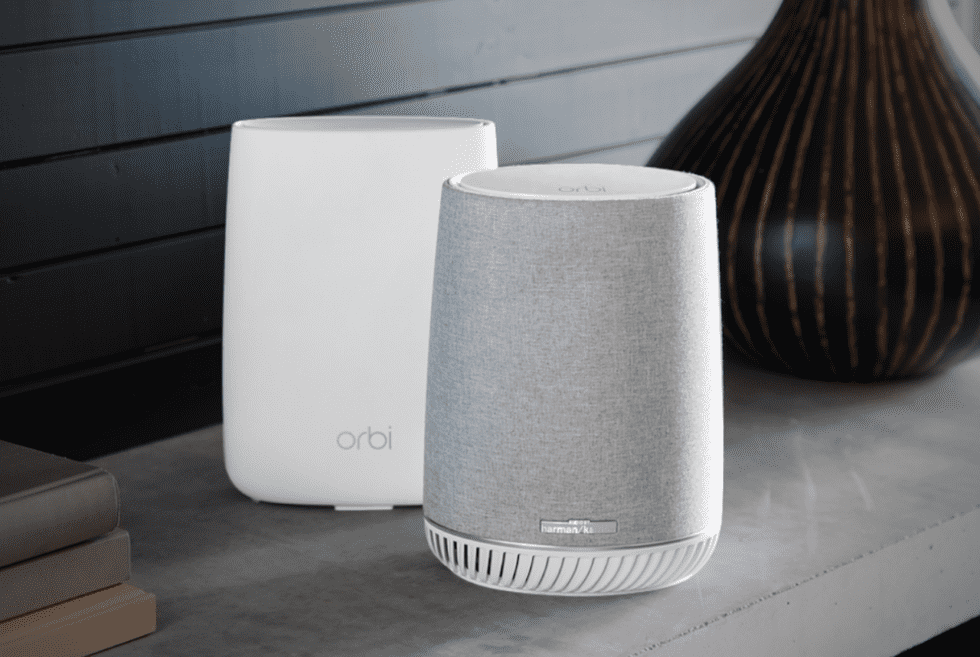 An unlikely pairing between router maker Netgear and premium audio company Harman Kardon is responsible for this just-unveiled smart speaker called the Orbi Voice, which not only accepts voice commands via Amazon Alexa, but acts as a Wi-Fi repeater as well, distributing internet while it plays your favorite tracks.

The Orbi Voice is part of the Netgear Orbi router and “satellite” signal extender family of devices. As a result, it also has that signature white plastic frame, but this time wrapped in gray fabric. On top, you’ll find colorful control buttons and four microphones, alongside a capacitive bar for volume adjustment. Not a fan of buttons? You can pair the smartphone app to do these things just as well, don’t worry. Like virtually all smart speakers, you must plug the Orbi Voice into a wall outlet at all times.

The thinking, according to Netgear, is for the Orbi line to enhance your home’s Wi-Fi network in a simplified manner, but also offer you a fully functional smart speaker with one of the best voice assistants around. Instead of buying multiple devices, you can just get Orbi’s bundle and save yourself some trouble.

Unfortunately, the Orbi Voice only works with Netgear’s devices at the moment, meaning you can’t do much with it if you’re using a router from a different brand. Even still, the combination of Wi-Fi repeater and smart speaker is really clever. Alone, the Orbi Voice will retail for $300, but you’ll need an Orbi hub unit for it to work. You can also a unit that’s bundled with one of those for $430. Available now.