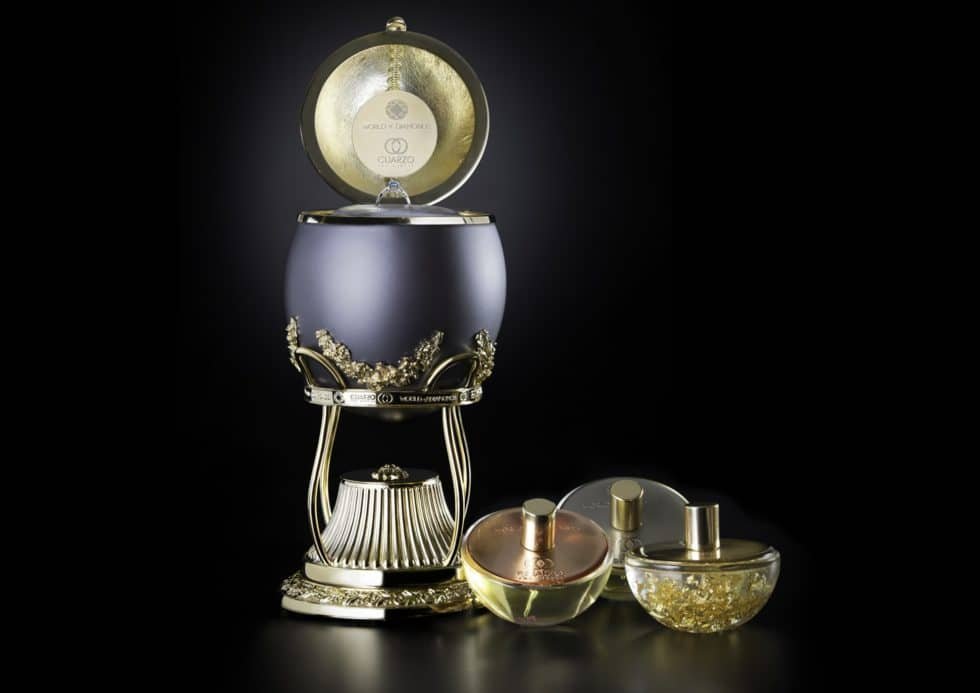 Most Expensive Perfume Collection Comes with a Diamond Ring

Unveiled at the Singapore Grand Prix 2015 weekend festivities, the Royalé Dream represents a magnificent project created by two leading names in the luxury industry: World of Diamonds – one of the largest privately held diamond corporations in the world, and Cuarzo The Circle – an iconic perfume house from Spain.

At the star-studded event, the collection was proudly unveiled among numerous other jewelry masterpieces, with a cumulative value of over $7 million. Royalé Dream’s estimated value is $140,000, and that includes three main glam elements: a perfume bottle, a diamond ring, and a beautiful ostrich egg-shaped case that holds them both. 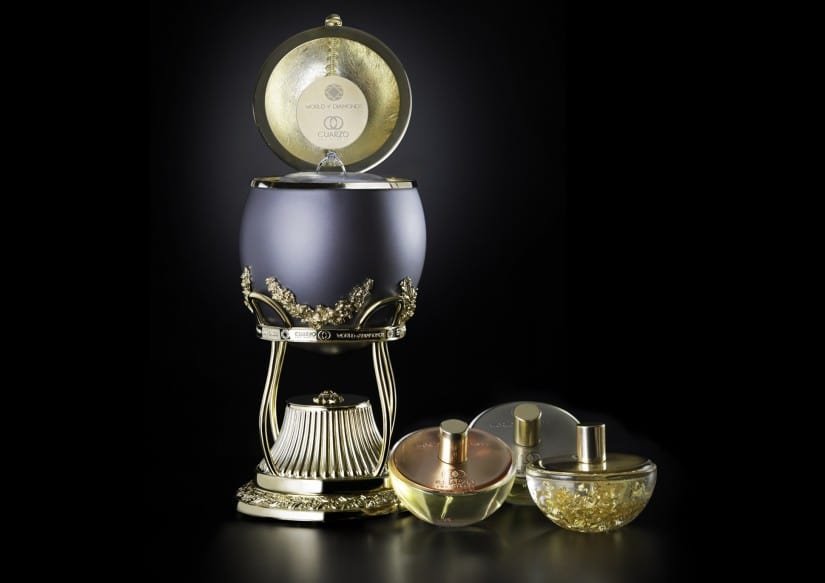 Coated in palladium and lined with the softest lambskin, the egg was designed to snugly caress one of three luxury perfume bottles by Cuarzo The Circle. The buyer had the opportunity to choose between ‘Celestial’ (for women), ‘Earth’ (for men), and ‘Enlightenment’ (unisex). The first came with vivid purplish pink diamonds inside, the second carried sparkling colorless diamonds, and the third held 24kt gold leaves.

The collection was gloriously topped off with a blue diamond ring, which was carefully placed onto a flawlessly-crafted lambskin pillow.