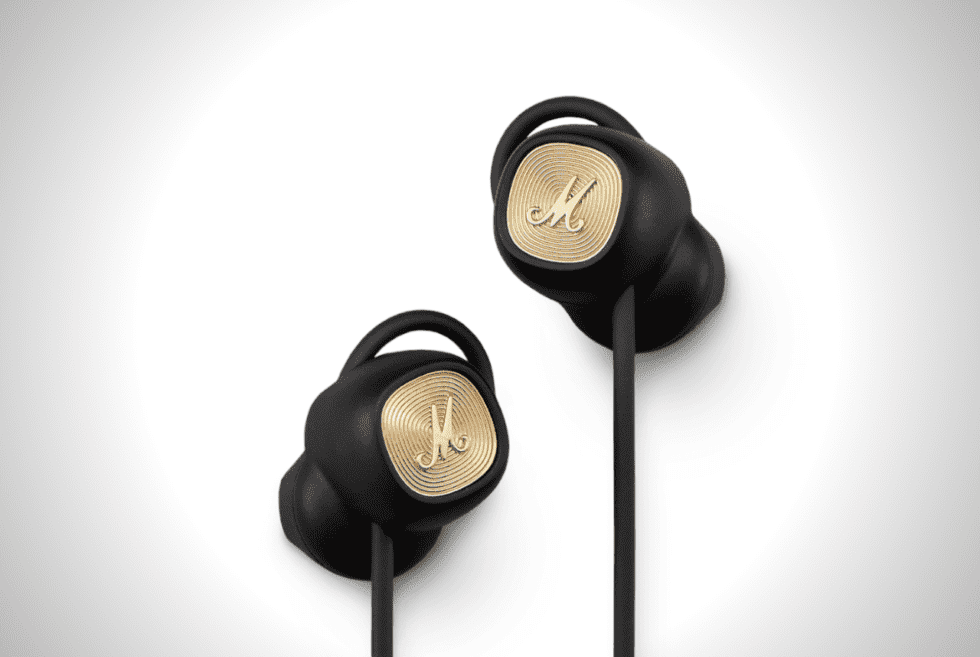 It’s only during the last several years that Marshall has come out with its own line of wireless headphones, obviously to keep up with the ballooning demand of wireless audio equipment due to a variety of reasons, the biggest of them the increasing absence of a headphone jack on modern handsets.

But one look at Marshall’s lineup and you’ll realize something is missing — an in-ear model. Marshall has offered them in the past, but the current lineup only includes wired models. That stops with the just-unveiled Marshall Minor II, a pair of Bluetooth in-ear headphones connected via a cable that goes behind your neck.

This look, as you can imagine, is familiar; so many third-party alternatives boast the same neck-wire design, but with Marshall, you get a number of cool new features. One of them is the “ear-fit system” that keeps the buds securely in place. Another one is a set of in-line controls accessed via a single multi-directional knob, letting you play, pause, adjust the volume, and take calls.

The earbuds are both magnetic, so you can snap them together when it’s time to store them inside a bag. When you do this, the music will automatically pause, which is a really cool bonus feature. It also goes into a low-energy mode to save as much power as possible. Speaking of battery, these buds can last 12 hours of play time on a single charge, pretty typical for its category. The device also boasts, most notably, Bluetooth 5.0, so you get every perk that comes with that standard, like improved audio range.

The Marshall Minor II is available now for $179. You can choose between black, white, and brown.