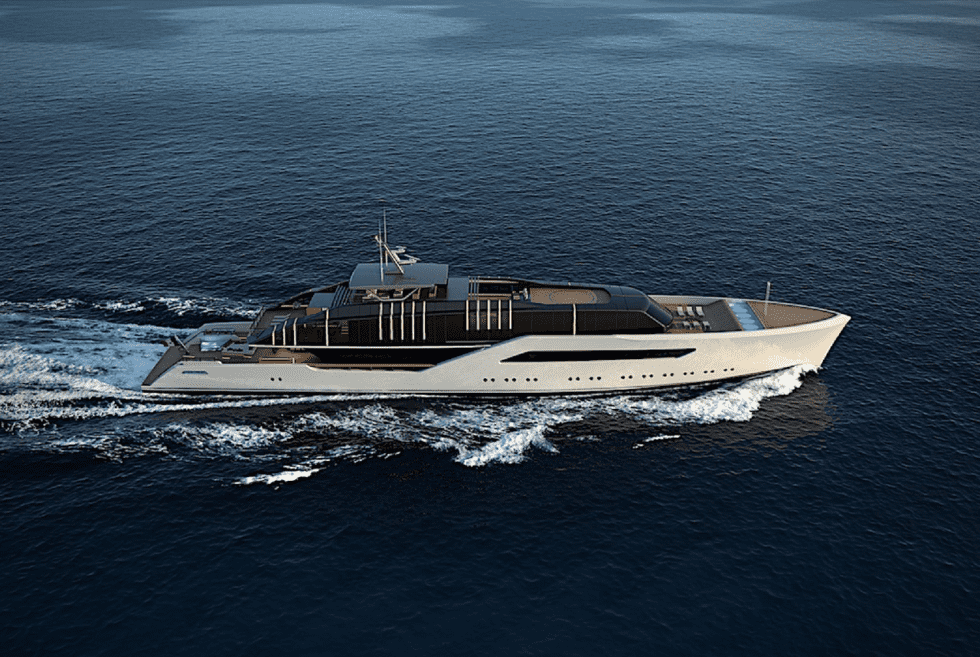 Italian naval architect Luca Vallebona calls his new concept the “Pentagramma.” It’s an 82-meter superyacht that effortlessly blurts the line between indoor and outdoor living. It features moving roof panels, predominant use of glass, and a precise layout that maximizes spatial innovation.

Sunning decks bookend the 269-foot yacht in terms of amenities. That’s topped with a full-beam swimming pool on the front, to boot. The main deck has high ceilings, an apartment with two balconies, and four guest rooms. But perhaps the most striking element here is the central courtyard. It has two jobs. First, it protect guests from the sun without sacrificing the open air feeling. Second, it provides them easier access via a hidden hinged deck door that’s connected directly to the cabins.

In developing the Pentagramma concept, Vallebona firmly believed glass alone wouldn’t be enough to create a connection with the outdoors. As a result, he tirelessly broke down the barriers that hinder traffic between indoor and outdoor spaces. The courtyard is a prime example of this sensibility. Inasmuch as the hidden hinged deck allows them easier access to the aft deck, its more important function is to remove the spatial limits that separate the person from the sea. 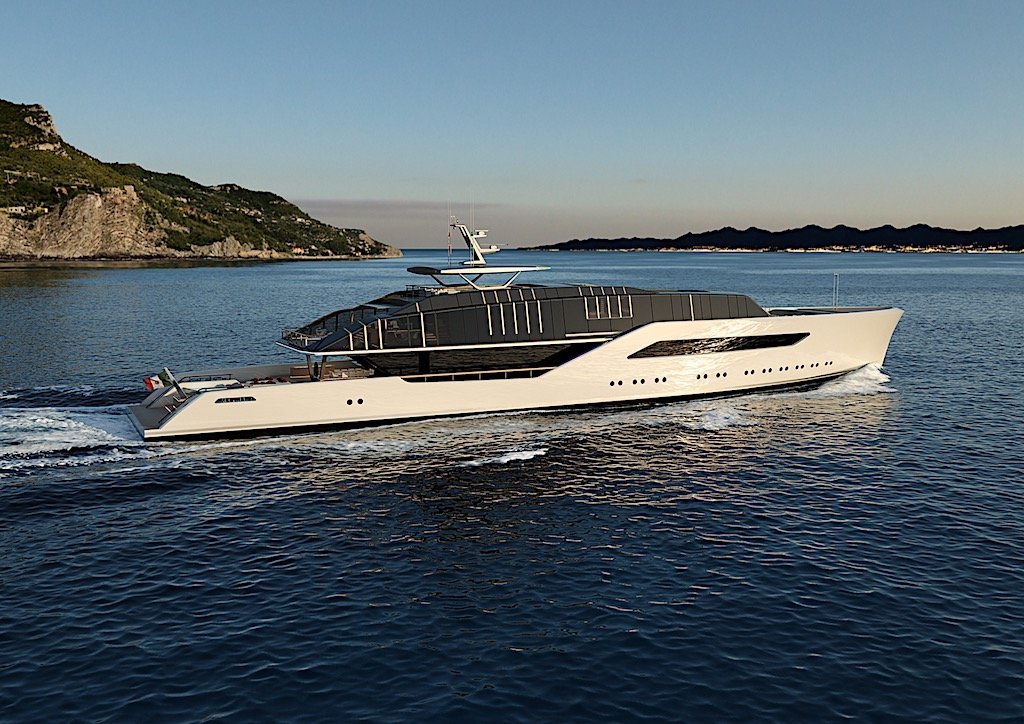 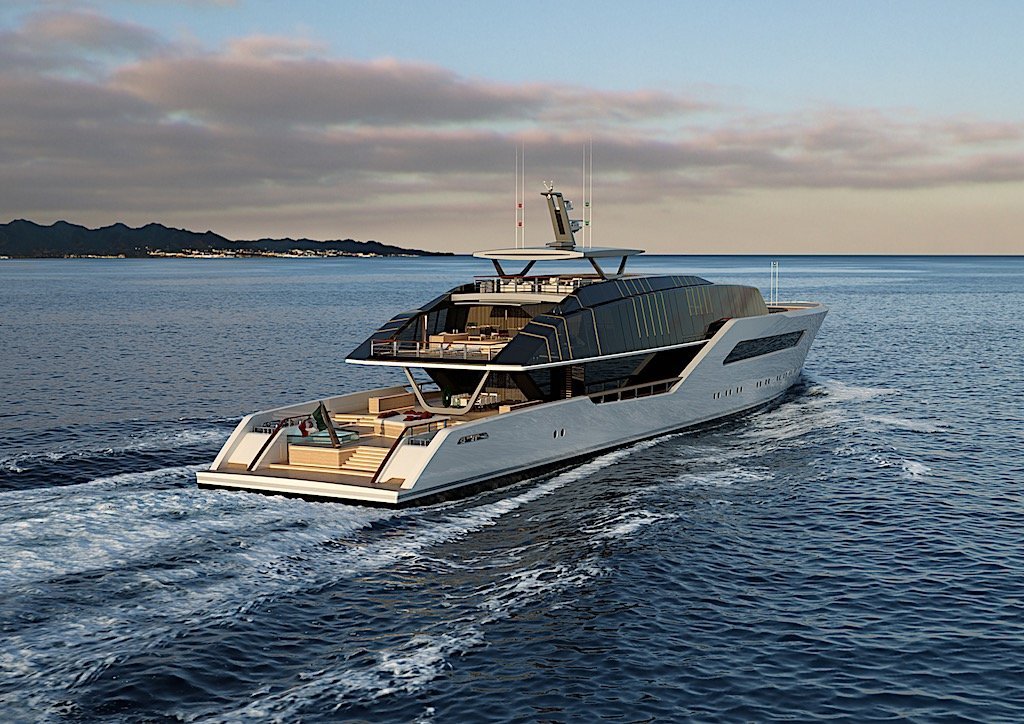 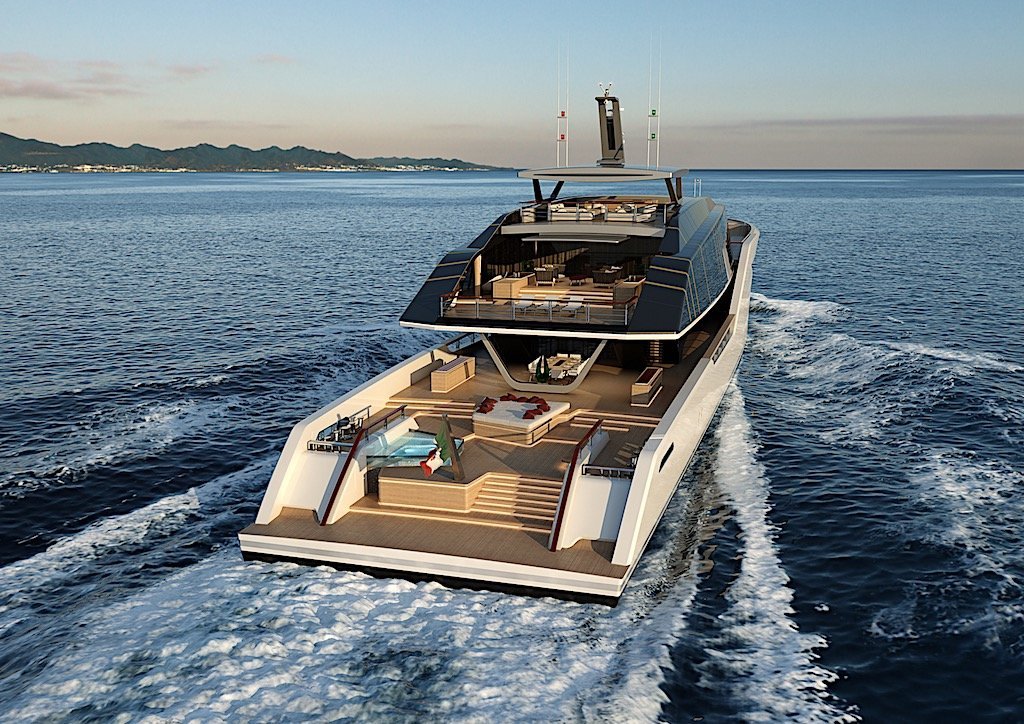 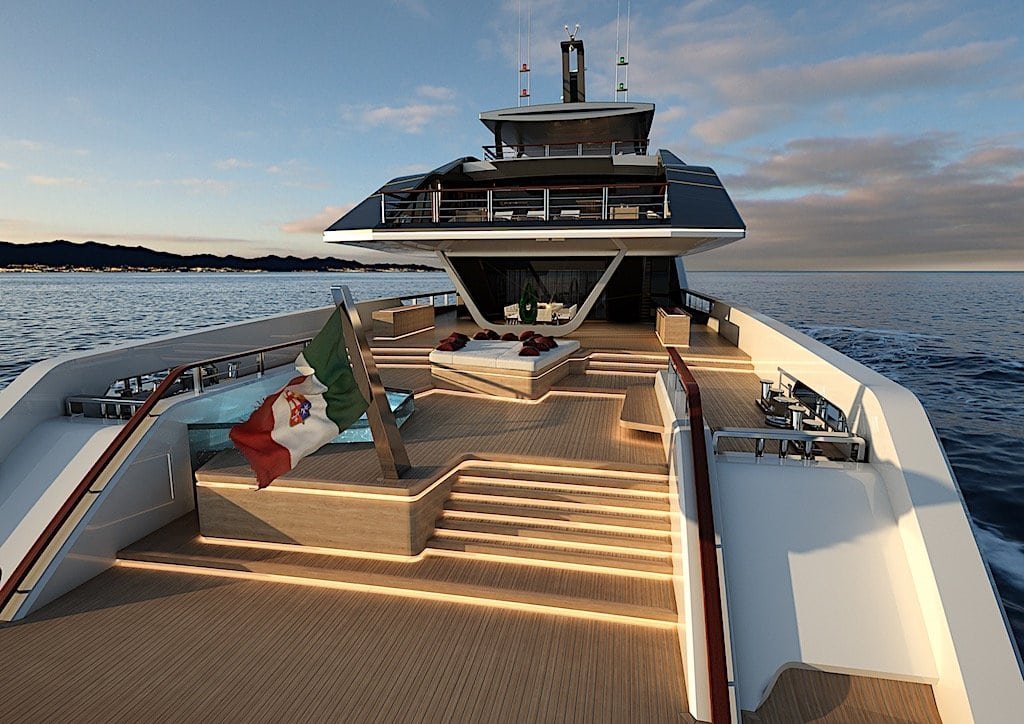 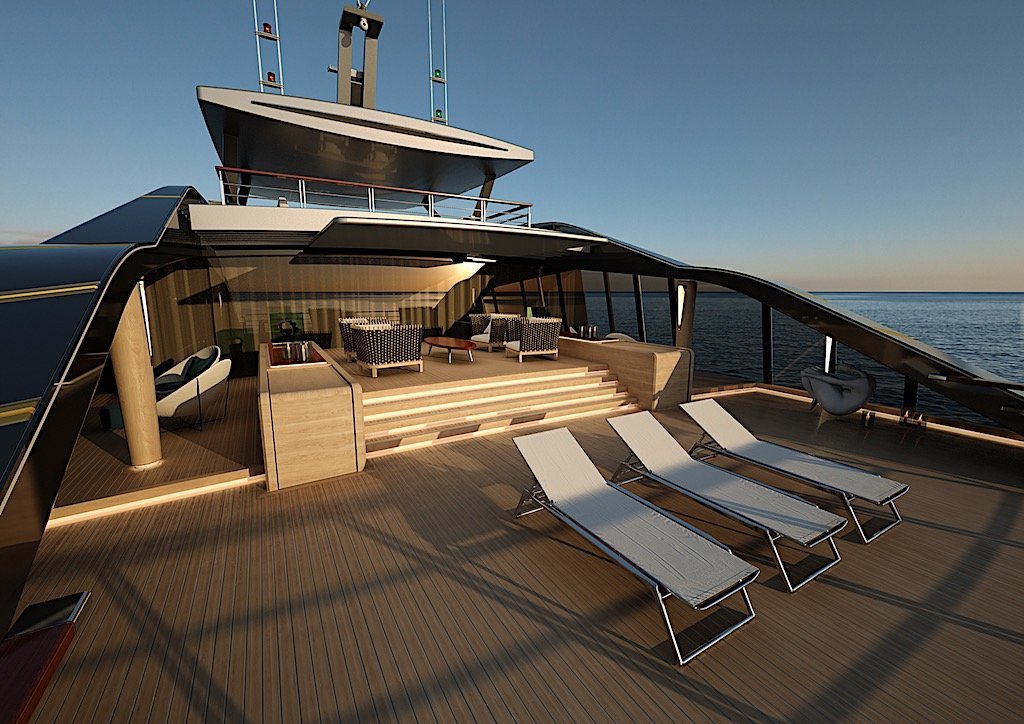 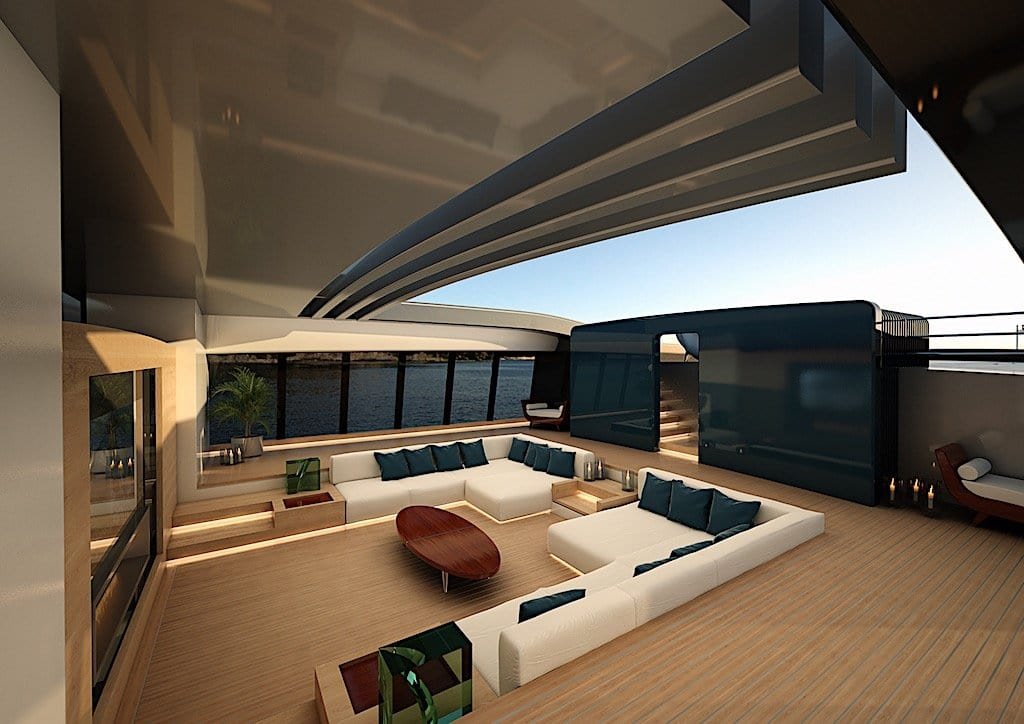 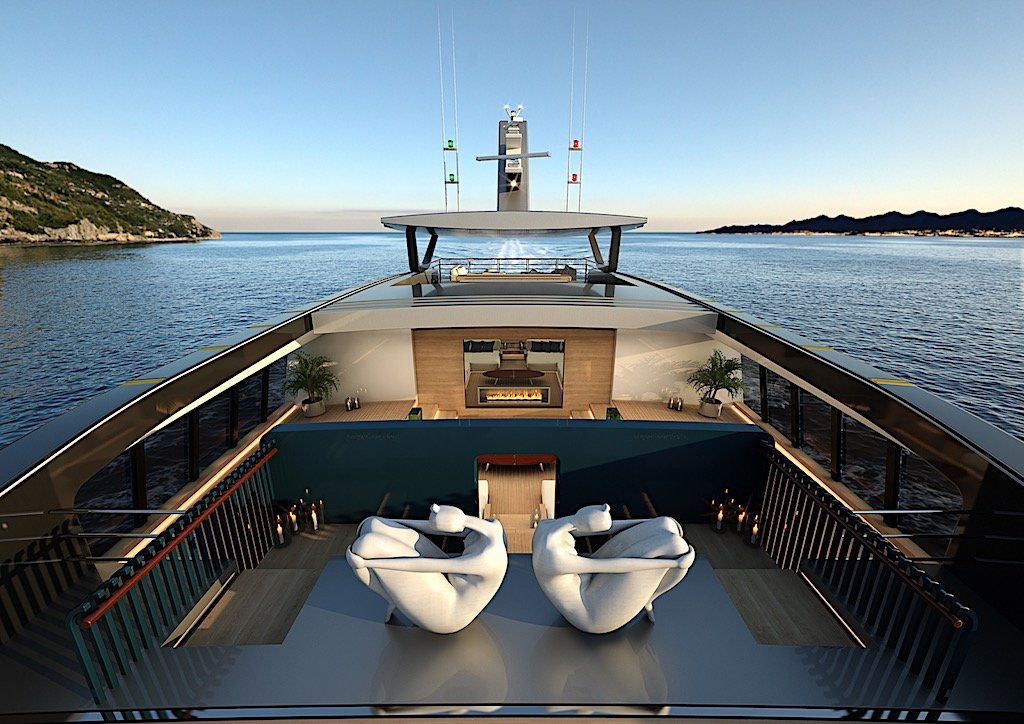 The Taj Lake Palace is a 17th-century floating oasis built on an island in India's Lake Pichola and was famously featured in Roger Moore's "Octopussy" film.

The Audi Activesphere's 100 kWh battery also supports 800V fast charging and can last up to 370 miles before it needs to juice up.

The Aviator draws inspiration from “Shinola’s iconic mother of pearl stone watch dials” for the white exterior along with copper accents.