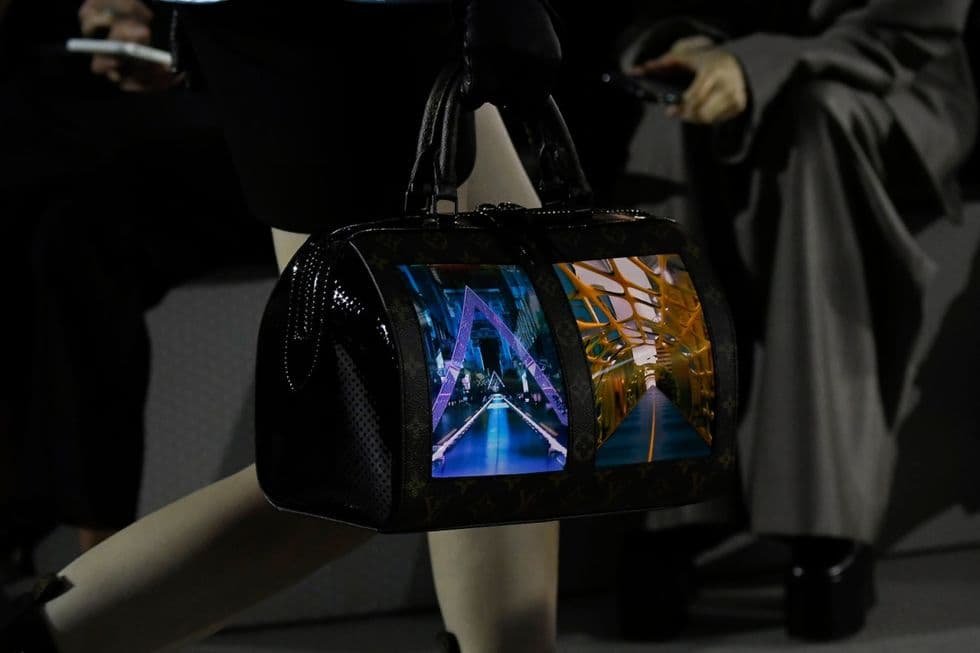 Luxury fashion brands and high-tech wizardry hardly go together. Maybe you can spot a rare collaboration here and there, but never to the point of mass production. Well, that might change soon enough as one French marque is about to embark on something new. Making their debut at the Cruise 2020 stage are two signature handbags from Louis Vuitton. It doesn’t seem like anything new except maybe for the fact that these come with flexible displays. Until the official names come out, we’re referring to them as the Louis OLED bag collection

As crazy as it sounds, these prototype models showcase built-in displays on the sides. For now, were are not exactly sure as to the available functions of these screens. It looks like smartphones are not the only items that will be using flexible OLED panels in the foreseeable future. The bucket bag version showcases a single screen on each side, while the duffle bag variant sports two side-by-side displays instead. The screens appear to be embedded in the black leather with LV branding all around.

We’re not entirely sure what to make of this. After all, Huawei and Samsung are both experiencing their fair share of problems with flexible displays. Even after testing its long-term durability, the folding smartphones are ending up with broken screens. Sources confirm that screens on the Luis Vuitton OLED bag collection are indeed touch-enabled. In-depth information about its features remain scarce, but we’re guessing that it will have Wi-Fi connectivity and might run on a familiar platform. We might see stylish versions of the bags for men down the line.

This stylish Air Max Terrascape 97 Magic Ember flaunts an upper that uses a mix of mesh, leather, fabric, and rubber.