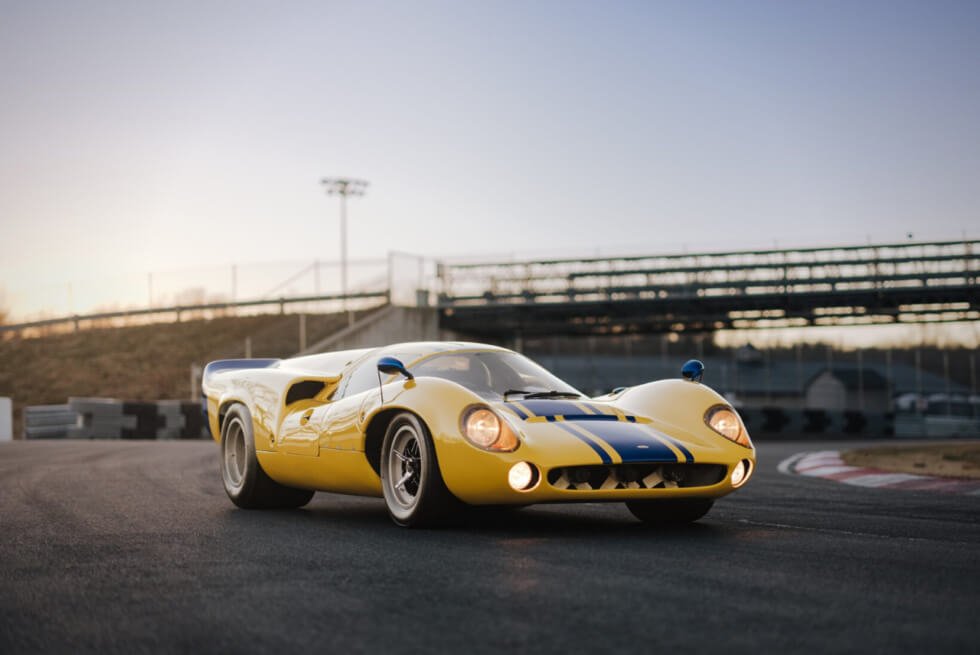 The auction block is heating up once more as Bring A Trailer presents another rare ride. They’re offering a Lola T165/70 race car as a premium listing and already bidding at $102,500 as of this writing. The now-defunct British carmaker was previously participating in prestigious competitions including Formula One, the SCCA, and USAC.

Before it became what you see right now, the Lola T165/70 started out as a T160. In 1968 it was shipped to American distributor Carl Haas. Next, it saw action at the SCCA under Jack Hinkle. By the 1980s, it was already in the hands of Can-Am Constructors and packing T165 specifications.

Output is about 560 horsepower with 465 lb-ft of torque and a top speed of 185 mph. There are also the Lola T222-specification suspensions and adjustable Koni coil-overs. Stopping power comes from the Girling disc brakes on the magnesium center-lock wheels.

The Lola T165/70 features a striking yellow paint scheme with blue Le Mans stripes. The front and rear have clamshell opening setups. Other noteworthy tweaks include the wraparound Perspex windshield and gullwing doors. As for the interior, there’s black upholstery almost everywhere.

Even the carpeting is in black to match the theme. The Lola T165/70 is likewise in a right-hand-drive configuration. Bring A Trailer points out there are some imperfections such as scuffs, chips, and touch-ups. Nevertheless, one lucky bidder will soon have this in their collection. 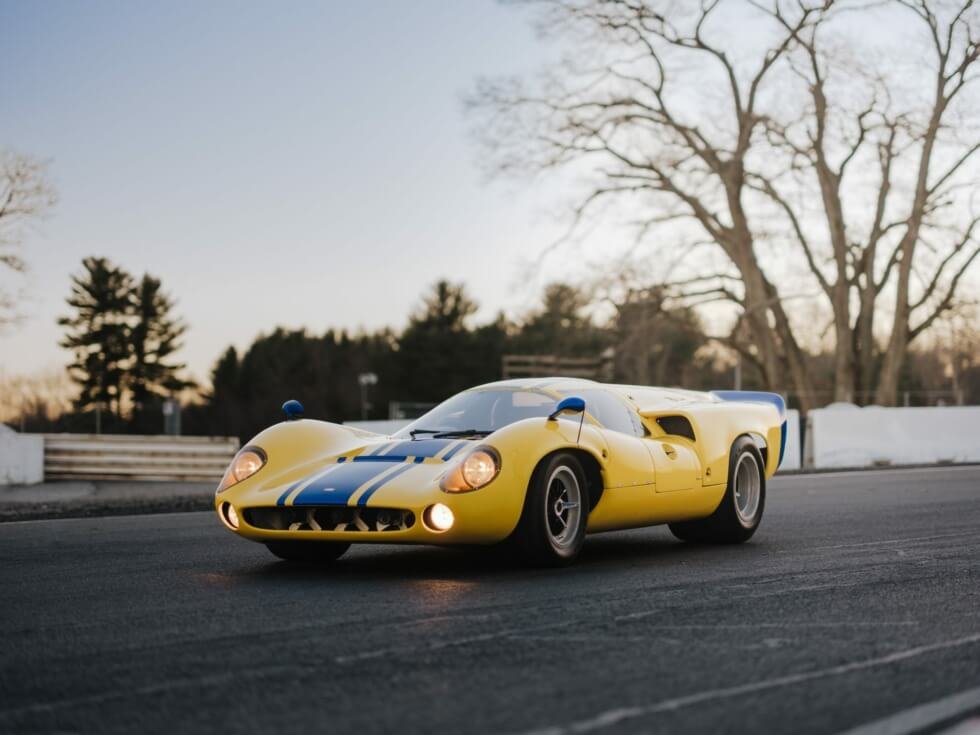 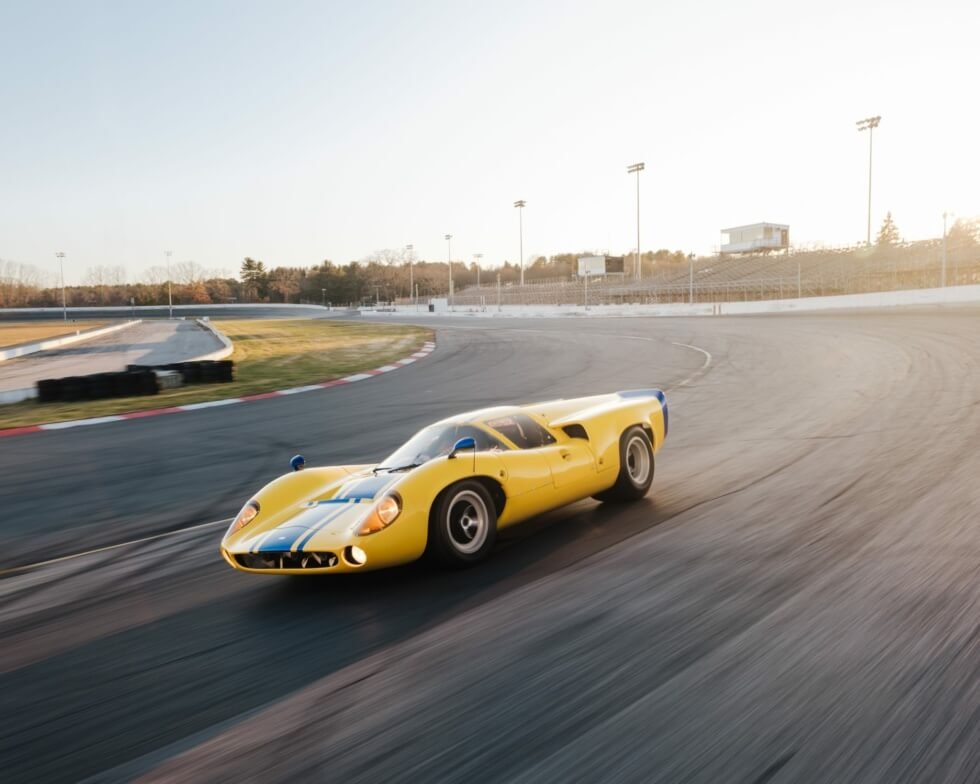 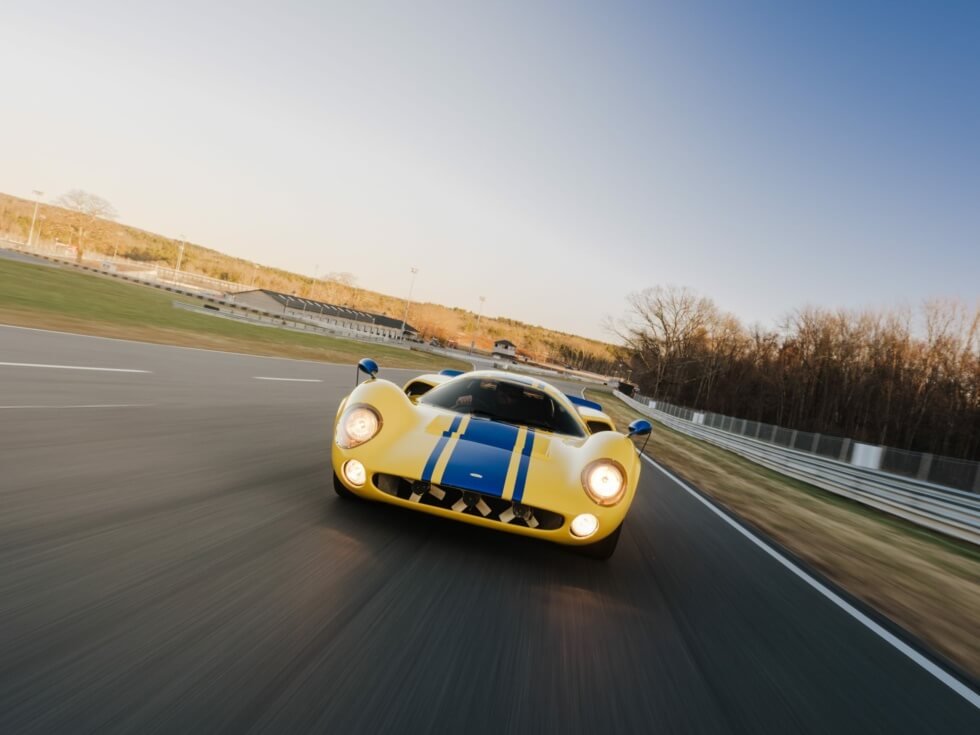 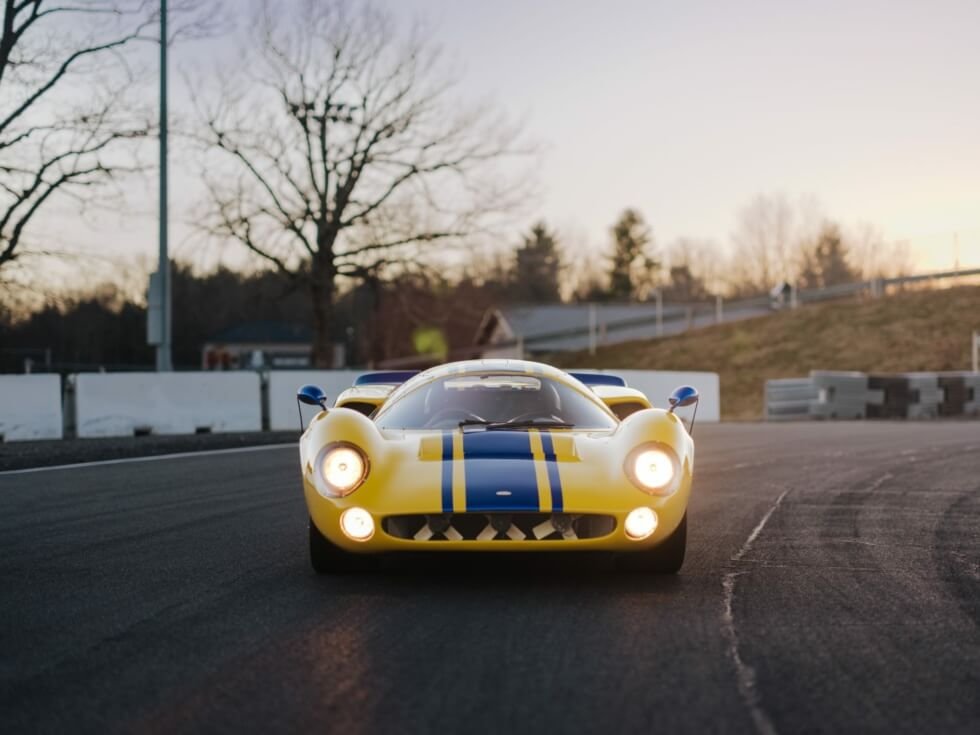 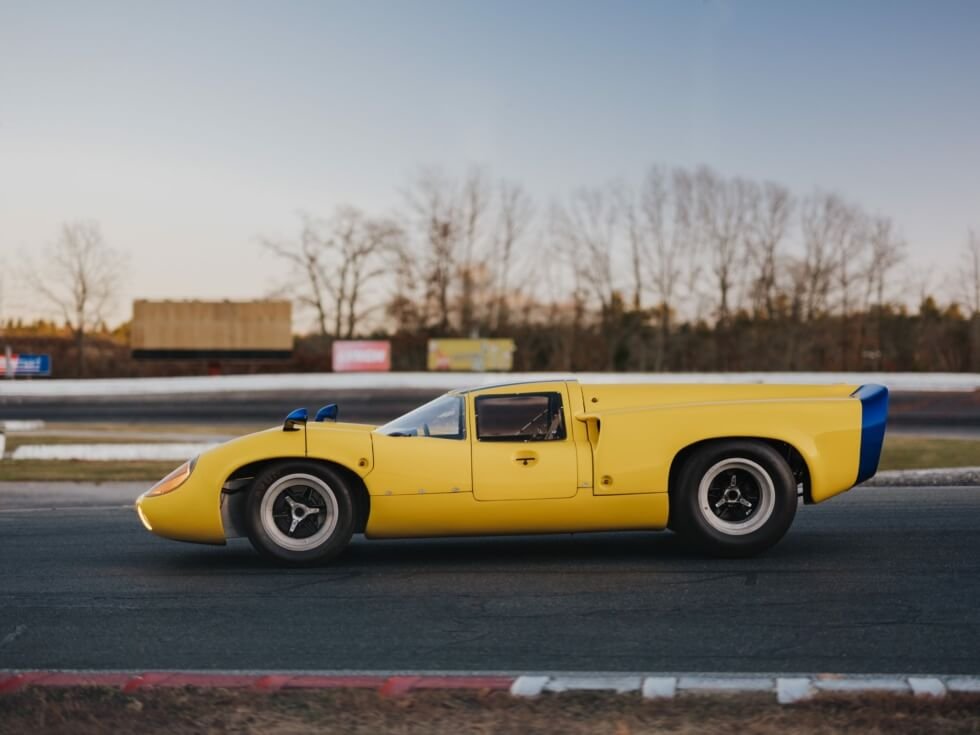 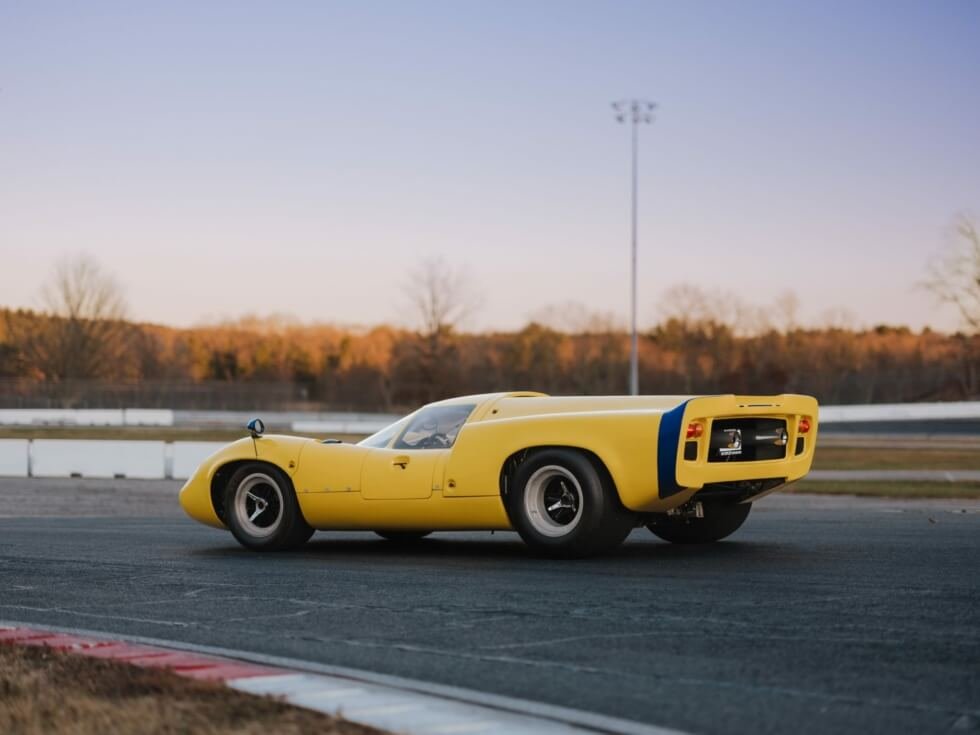 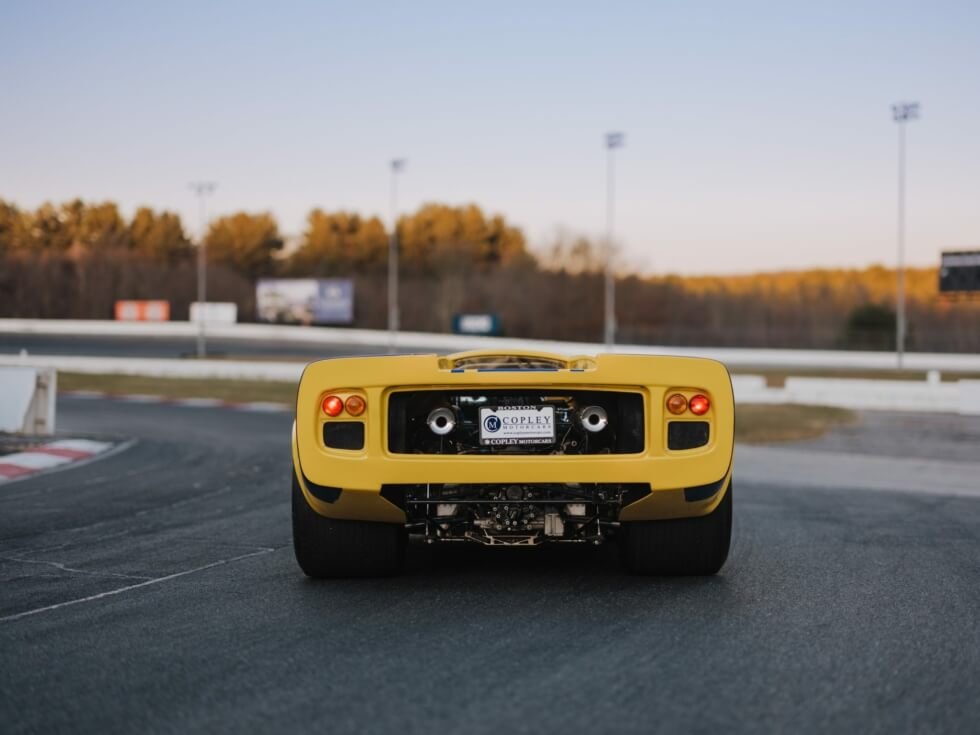 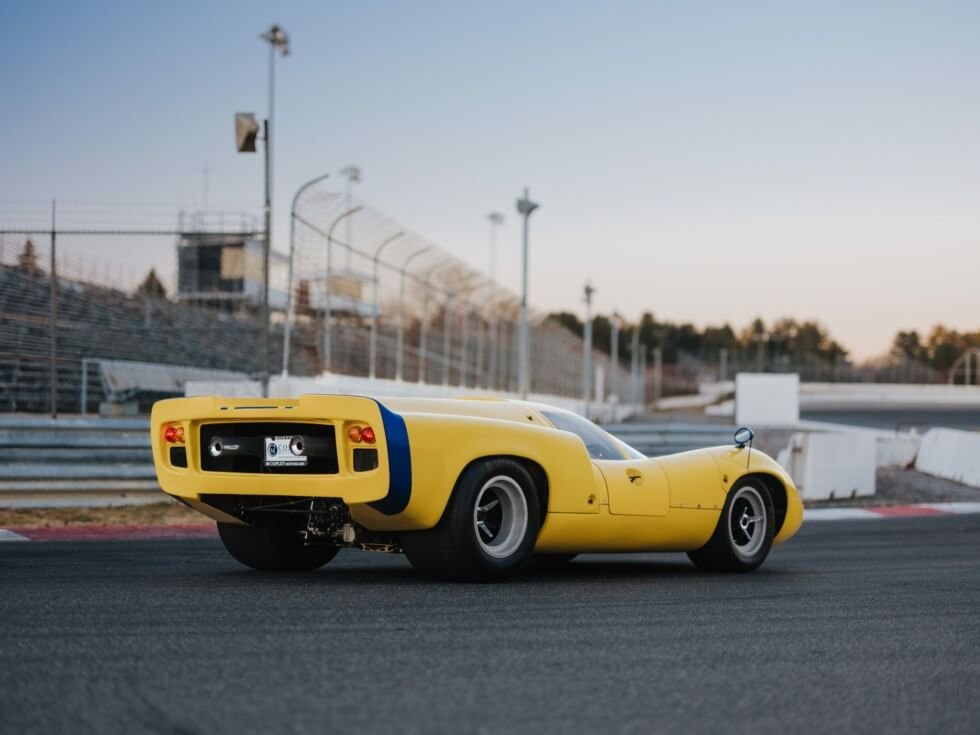 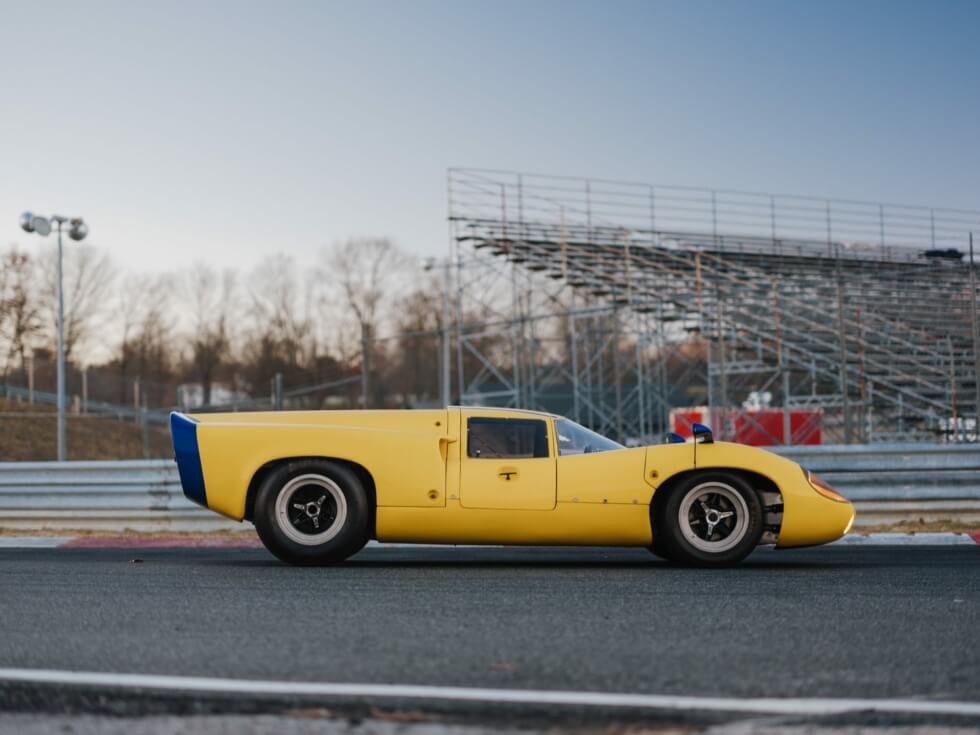 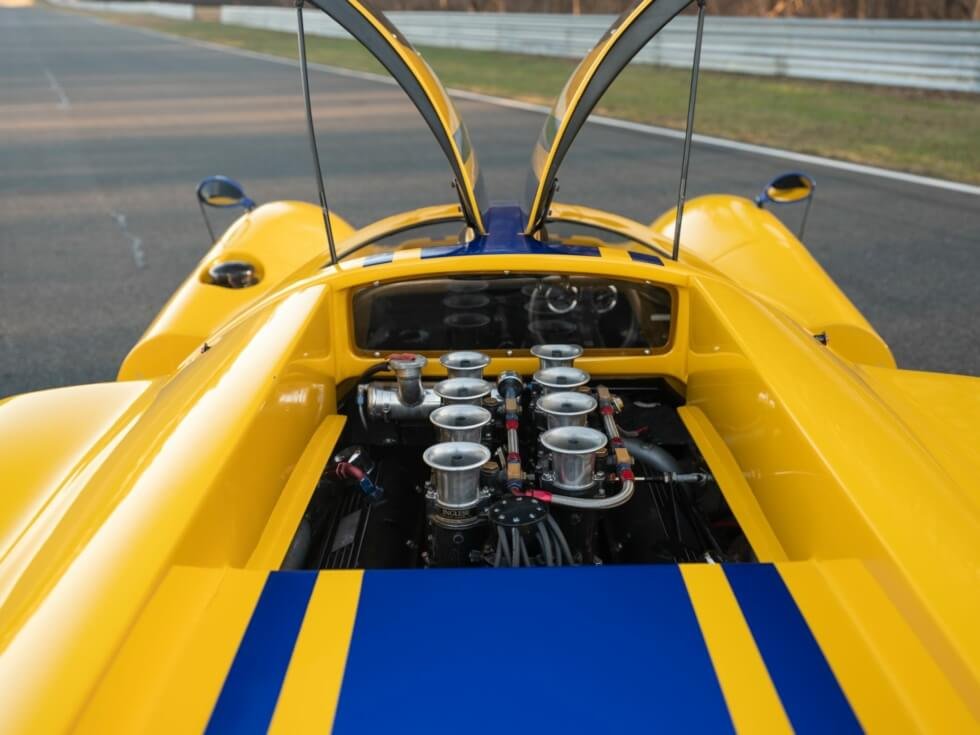 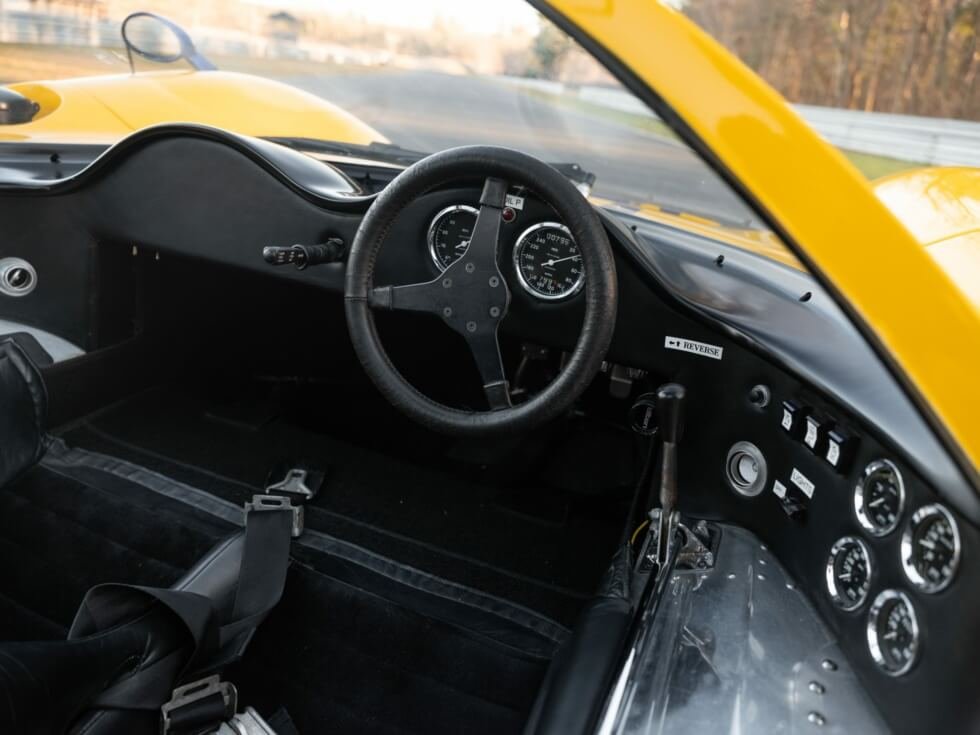 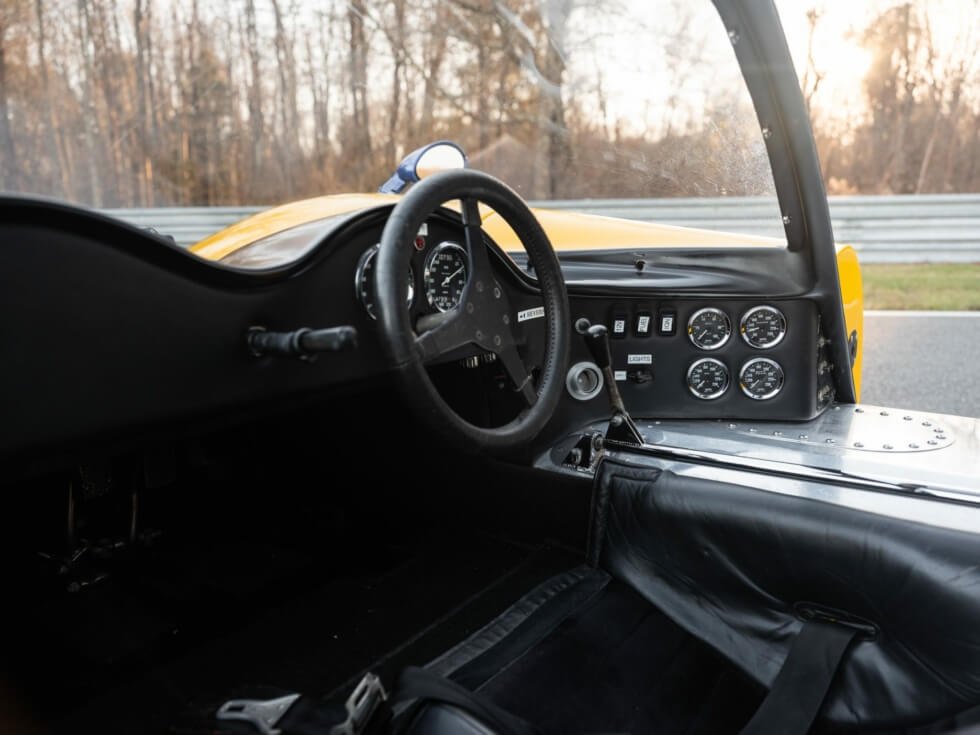 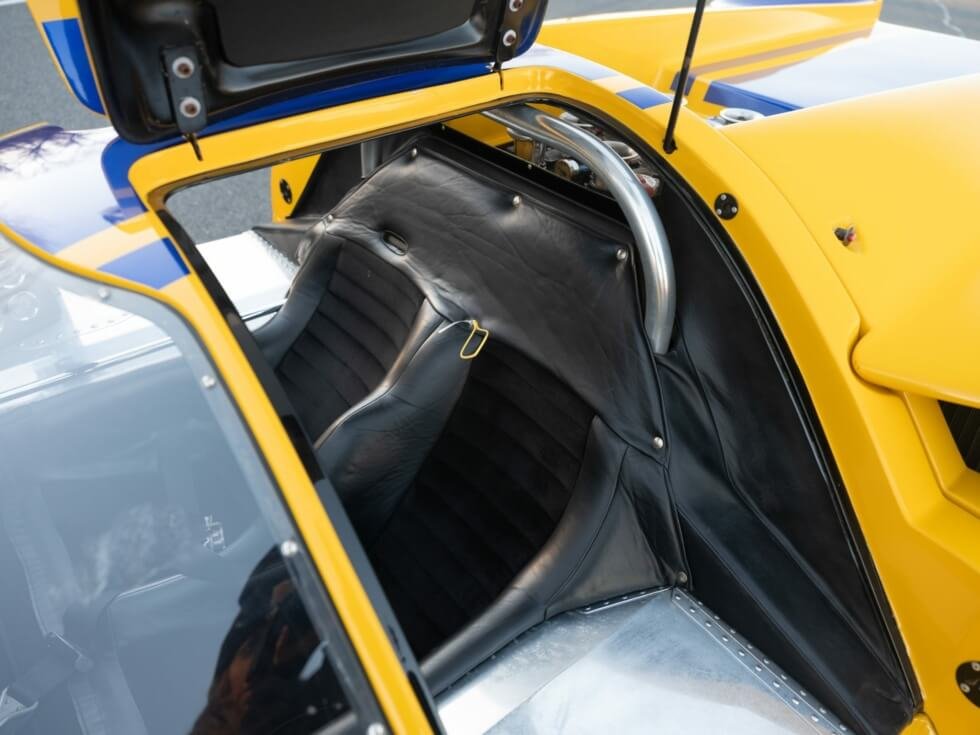 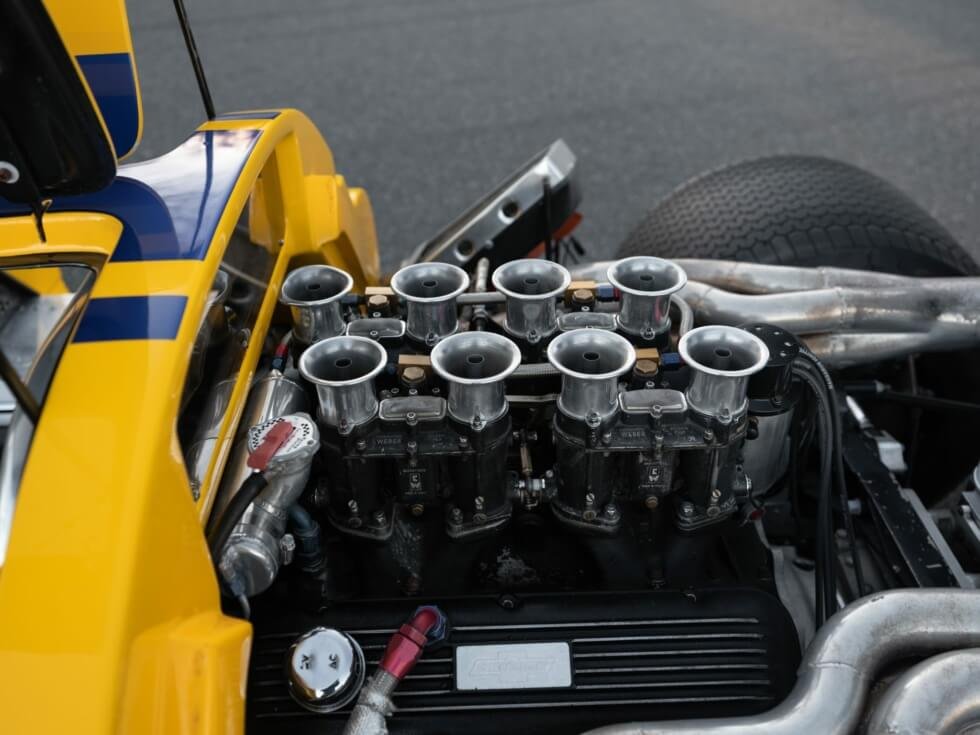 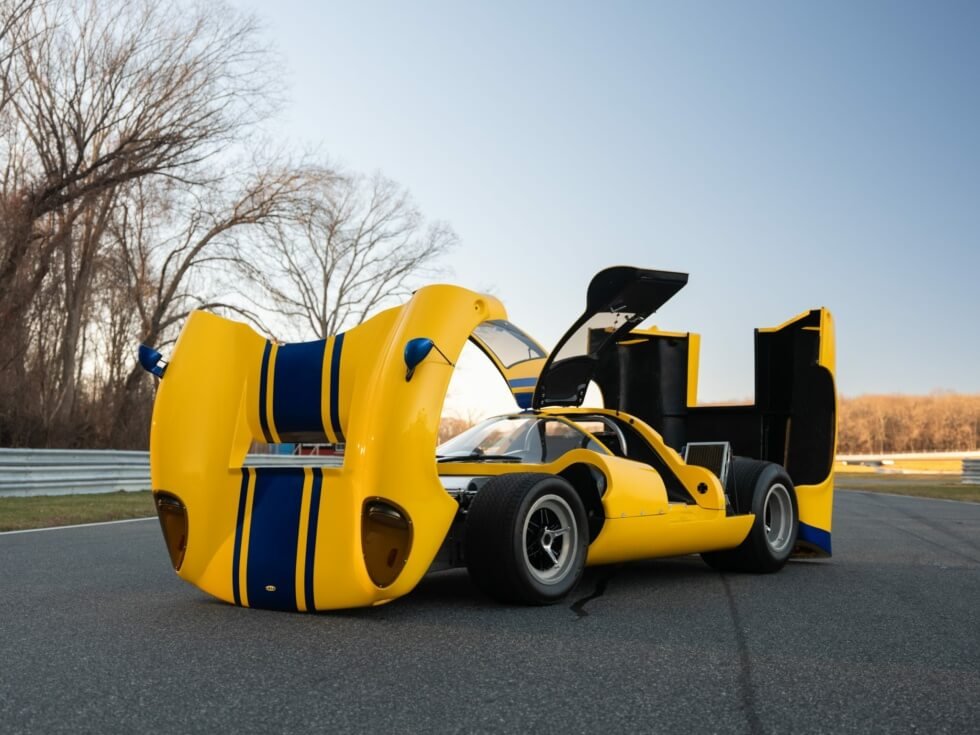 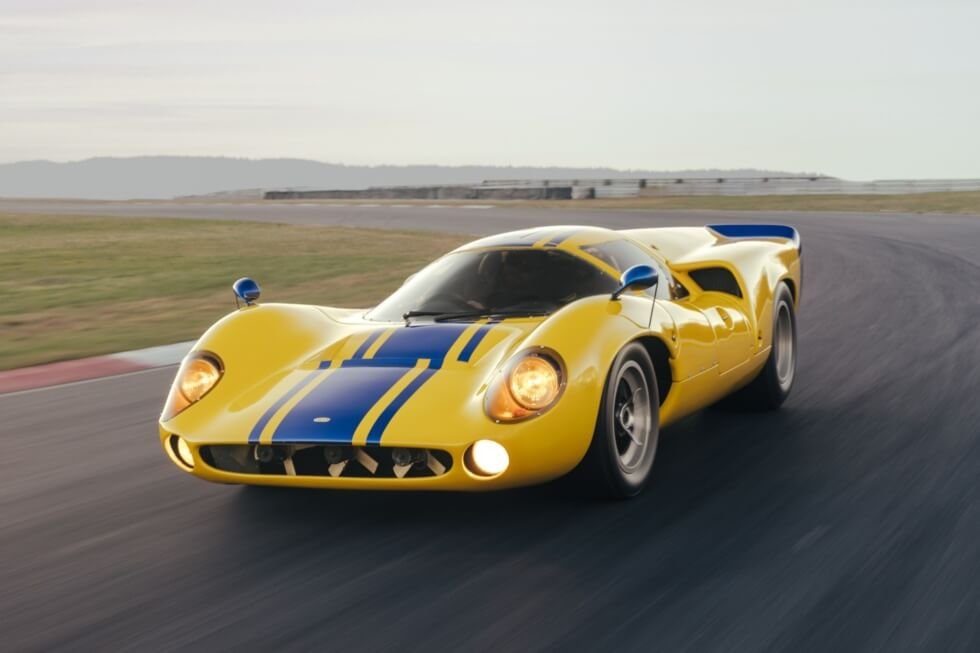 images courtesy of Bring A Trailer