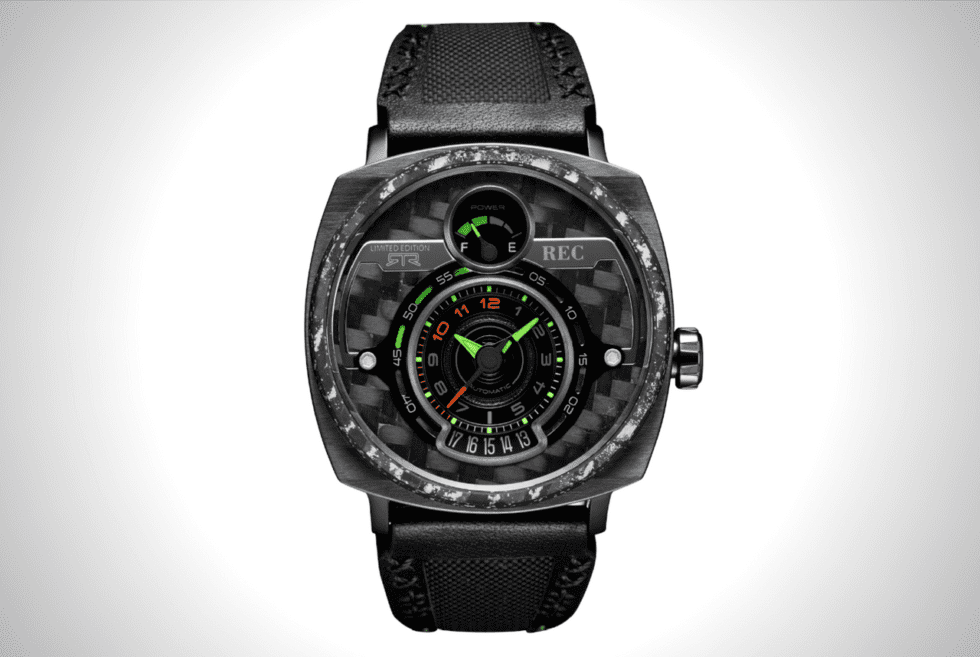 Imagine what it would feel like to wear a Mustang on your wrist. That’s not a typo — timepiece company REC has unveiled the new limited edition P-51 RTR, crafted with carbon fiber parts taken from world champion drift racer Vaughn Gittin Jr.’s 2017 Mustang RTR.

Each timepiece incorporates pieces of Gittin Jr.’s demon drifter, and REC is only putting 350 pieces up for sale. But keep in mind you’re not just getting a run-of-the-mill luxury watch. Every time you put this on your wrist, it’ll remind you of what masterclass-level design looks like. Plus, you’ll chew on the fact that only 349 other people in the world have what you have: a watch forged from a car that helped Gittin Jr. show the world his formidable drifting skills.

The attention to detail REC has put into the P-51 RTR is remarkable. From the crown that features Mustang’s iconic tail-light shapes to RTR’s signature neon green triangular headlights to the rotor meant to evince a custom RTR trim. Such design elements demonstrate a level of sophistication that can’t be matched. REC could’ve easily produced a tacky car/watch hybrid, but thankfully it executed this one perfectly. So, as a result, the watch boasts a very subtle design, but it doesn’t skimp on its Mustang flair.

It’s not all about looks, though. You also get a power reserve of over 48 hours, a casebook glass mineral crystal, and a calf leather strap with a quick-release system. These make the watch as functional as it is beautiful. You have to act fast if you want the P-51 RTR, as only 66 pieces will be sold online. It retails for $1,895.