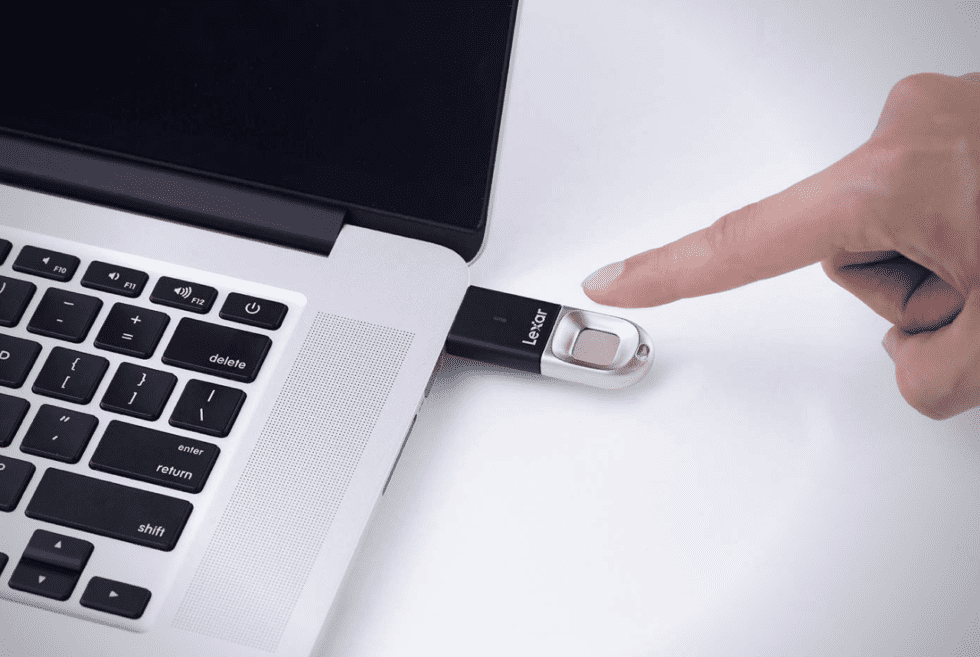 You can never be too secure with your private data, which is why it’s a bit surprising that it has taken this long for Lexar to release a USB thumb drive with a built-in fingerprint scanner, giving your files an extra layer of protection.

Nearly all smartphones these days, even those in the budget category, have fingerprint protection built-in, and that makes plenty sense because phones store our most precious data. The same can be said of USB sticks, but lose it and you leave all your data vulnerable. Not so with Lexar’s latest JumpDrive F35.

This wee device uses your fingerprint to authenticate access. This ensures your data is protected in the event you lose it, or worse, it gets stolen. The drive supports up to 10 fingerprints. That’s pretty is impressive considering it’s twice the number typical smartphones, even flagship ones, are able to store. And just in case that doesn’t feel secure enough for you, there’s also an option to encrypt the entire drive with 256-bit AES.

Now, with all that technology built in, you might assume this USB drive is far too complicated to use. On the contrary, it’s no different than your everyday storage stick. Just plug it in, lay your fingerprint on the reader, and if it accepts, you’re in. Lexar doesn’t force you to use any sort of software just to facilitate this kind of protection, either. However, you’ll have to use Lexar’s program to set up fingerprints first. After that, you’re good to go.

The Lexar JumpDrive F35 is available now in a bunch of storage sizes, the max being 128GB, although a 256GB option is coming later on. Pricing starts at $33.

Aside from the Galaxy Z Fold2 5G unit, Samsung throws in a Galaxy Watch 3 and Galaxy Buds Live all themed with Thom Browne iconic RWB stripe.

With the Book Cover Keyboard and Samsung DeX mode, the Galaxy Tab S7+ turns into a work-ready machine with a desktop-like experience.

We Got the Latest AI-Powered Headphones from Crowdfunding Legends, xFyro

If you’re a music lover, or just have to have the latest gear (like us), then you can’t miss the chance to grab xFyro ANC fresh off the line.

The mix of wood and brass turns the Love Hultén Arcade Coffee Table into a timeless centerpiece perfect in any home or man cave.

The MAXOAK Bluetti AC100 1000Wh/600W Power Station gives you the best of both worlds when it comes to a power outage. It supplies energy to your household and mobile devices and illumination in the dark.

The Kwikset Halo Touch Smart Door Lock trades the numeric keypad for a fingerprint sensor for superior home security. It can store up to 50 user profiles and works with a companion app that allows for remote access.