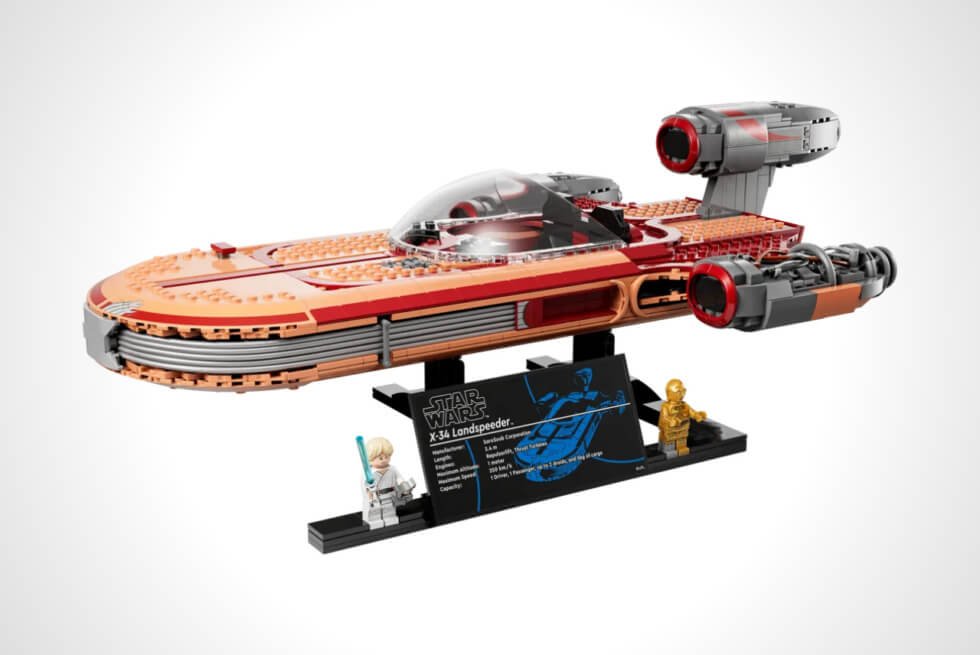 Before Disney’s acquisition of Lucasfilm along with its beloved science-fantasy franchise, fans were clamoring for more. Unlike before, we now have regular releases of Star Wars movies, TV shows, and merchandise to the point that some find it too overwhelming. Nevertheless, we are always eager for more like this Landspeeder from LEGO.

Tie-ins from the Danish toymaker have always been highly sought-after by fans for their collection. These range from the staggering 7,541-piece Ultimate Collector Series Millennium Falcon to the recently released trio of Star Wars dioramas.

Aside from the characters, worlds, creatures, weapons, and lore from the “Galaxy Far Far Away” are the vehicles. The X-34 Landspeeder is a form of transport the fandom immediately recognizes. Making its debut in Star Wars: Episode IV – A New Hope, it was Luke Skywalker’s personal ride.

To this day, it is just as iconic as the X-wing starfighter the hero eventually pilots at the film’s climax. As with anything LEGO recreates in brick form, the details here are remarkable. The company always tries to replicate all the cool nuances fans will appreciate. For example, the port turbine of the Landspeeder is missing its cowl.

Even the shape of the windscreen is faithful to what we see in the movie. The cockpit shows two seats, a dashboard display, and a gear stick. There are a total of 1,890 pieces in the box for us to assemble. You can even build a display stand with a special plaque printed with details about the Landspeeder. Minifigures of Luke Skywalker and C-3PO are likewise included.