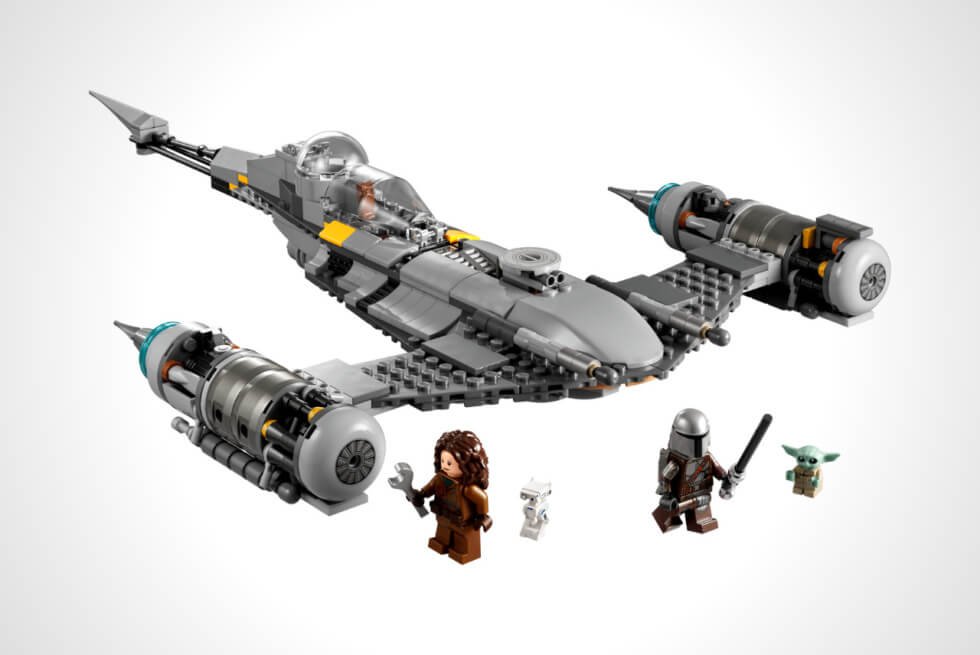 Being Star Wars fans ourselves, it’s a shame that the last three movies were so poorly received. Thankfully, Disney executives made the right decision to expand the franchise’s lore with a bunch of awesome TV series. As it stands right now, The Book of Boba Fett and The Mandalorian are such a huge hit. Thus, a LEGO tie-in like this N-1 Starfighter is another must-have this 2022.

As viewership numbers soar across the two shows, it was just a matter of time before the Danish toymaker cashed in on the hype, and boy did they choose a good one to turn into a plastic brick scale model. As a regular Star Wars set, the difficulty and number of details should be enough for children and adults alike.

However, it’s very likely the ones preordering the N-1 Starfighter right now are doing it for themselves. At 412 pieces, this kit won’t take long to build for the experienced fan. Still, the fact that LEGO says it’s for kids 9 years old and above is a subtle callout to the young at heart.

Of course, aside from the ship, the box ships with four key characters in the series. LEGO Minifigures of The Mandalorian, Peli Motto, Grogu, and a BB Droid are part of the package. When the last brick is in place, the N-1 Starfighter stands 2.5 inches high, 16.5 inches long, and 11.5 inches wide.

There’s a separate space for Grogu to sit in while the man himself takes the cockpit. Also, a spring-loaded shooter lets you shoot down targets. The N-1 Starfighter is just one of the many Star Wars LEGO sets you can add to your display cabinet. More are probably on the way. AT-TE Walker: LEGO Adds Another ‘Star Wars’ Set Fans Are Sure To Snap Up