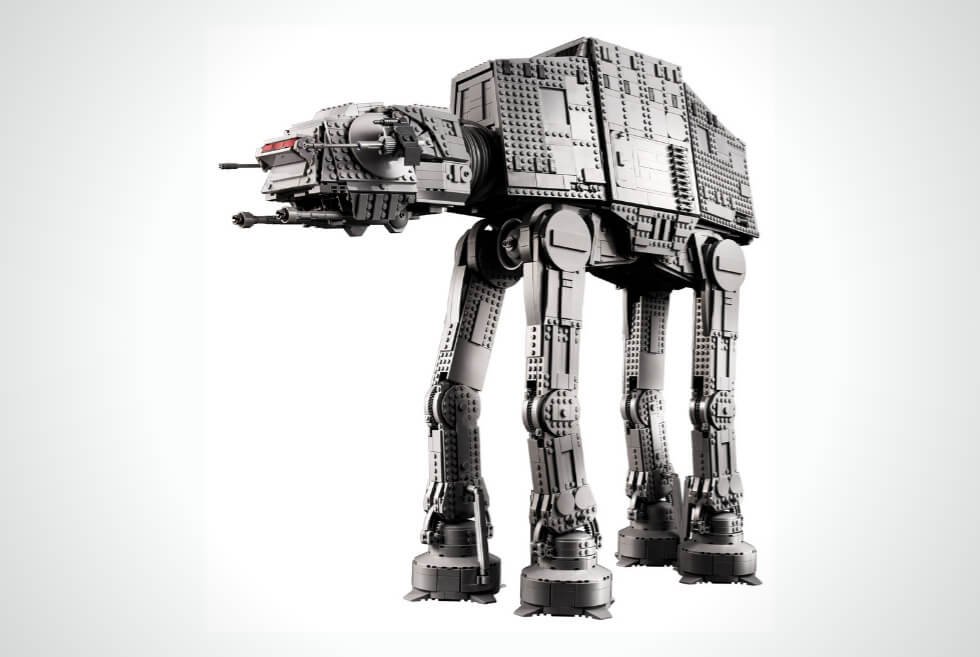 The next Star Wars Day is still a long way off, but hardcore fans don’t really care. Normally, every May 4th is when we get all the latest and best merchandise or major announcements related to the franchise. Anyway, LEGO can’t wait that long and as it unveils a new massive kit of the AT-AT.

Making its debut in “Episode V” or popularly known as “The Empire Strikes Back,” it’s as iconic as the X-wing starfighter. Who can forget the epic action sequence wherein Luke Skywalker takes one down with the tow cable of a snowspeeder? As such, the All Terrain Armored Transport finally gets a larger scale model from LEGO.

The AT-AT is the latest to join LEGO’s ever-growing collection of Star Wars-based air, aquatic, and ground vehicles. Don’t mistake it for the basic kit, which at 1,267 pieces is already a challenging build for some. The new set is marketed under the Danish toymaker’s Ultimate Collector’s Series. Make sure to free up your schedule because the box holds a whopping 6,785 pieces.

Also, try to keep everything organized, because it will be a nightmare hunting for that crucial brick along the way. “Star Wars” die-hards are sure to love the details and Minifigures that ship along with the AT-AT. We count, Luke Skywalker, General Maximilian Veers, two operators, a snowtrooper commander, and four snowtroopers.

Cool bonuses include a buildable E-Web heavy repeating blaster and two speeder bikes. The legs are also poseable so you can recreate scenes from the movie and more. Other exciting features include articulating weaponry, a bomb-drop hatch, and sections that open to reveal the interior. Take note, the completed LEGO AT-AT measures 25″ high, 10″ wide, and 28″ deep.