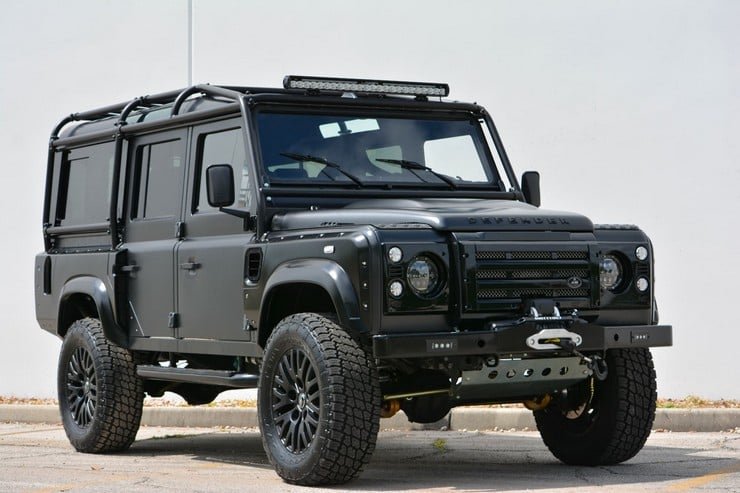 Just because 2016 marked the final production year for the iconic Defender, doesn’t mean we won’t be seeing new versions of it being released by skilled aftermarket shops. The latest noteworthy build to appear on our radar is the Land Rover Defender “Beast,” ($NA) a hefty 4X4 packing American V8 muscle under the hood.

Executed by East Coast Defender (Florida-USA), the Beast is based on a Defender 110 model that’s been fitted with a 430hp LS3 6.2L V8 Corvette engine, coupled to a GM 4L80E automatic transmission for quick, seamless gear shifting. The result is a 0-60 mph time in just seven seconds and a top speed over 100 mph, which is obviously not too shabby for a 2-ton off-road vehicle. But EDC didn’t stop at the engine. After stripping away all the parts, they’ve galvanized the entire frame and added a bunch of performance-enhancing bits including Ashcroft drive shafts, axles with limited slip differentials, Tarox disc brakes, a Terrafirma suspension setup, Nitto A/T tires for the 18″ black-out wheels, an external roll cage, and a Magnaflow exhaust.

The tough Defender is complete with a Kahn wide body kit, LED lighting, a Smittybilt 10,000-lb winch & a 40″ light bar, while the inside boasts hand-stitched leather, extra soundproofing, a premium infotainment & audio system, and a Momo sports steering wheel to make sure the Beast handles as good as it looks. [via] 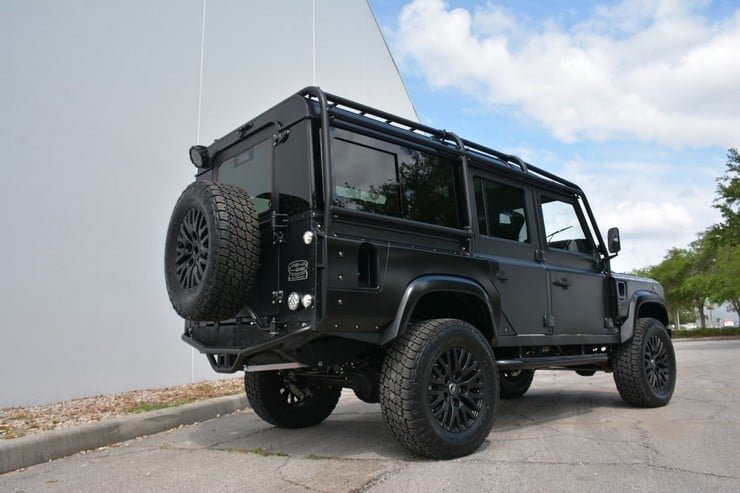 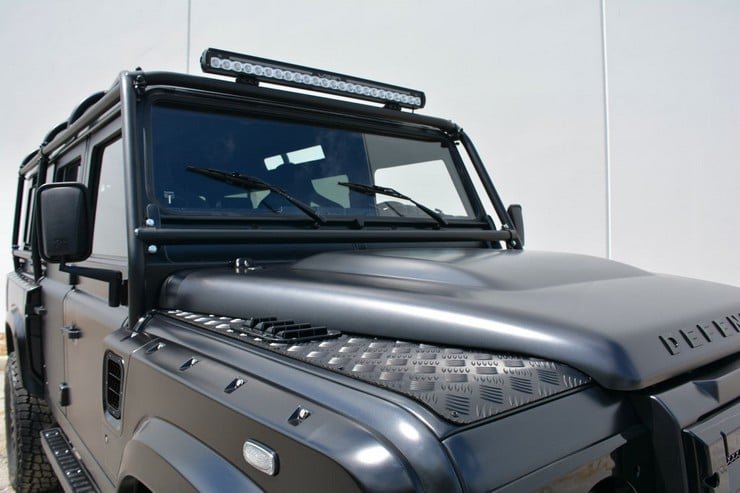 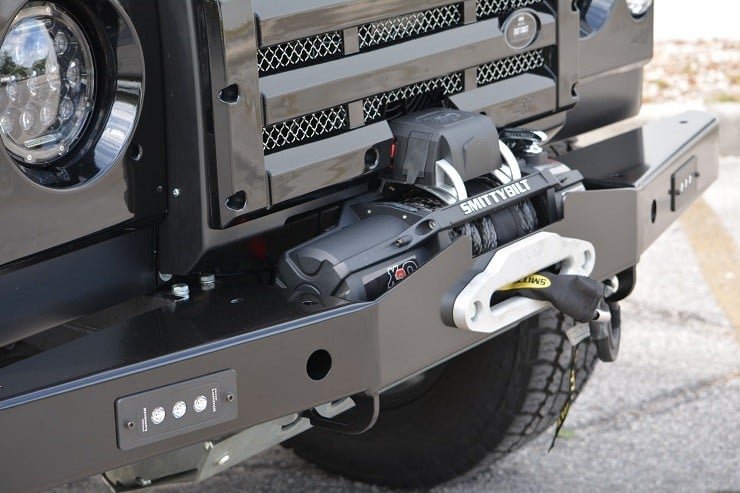 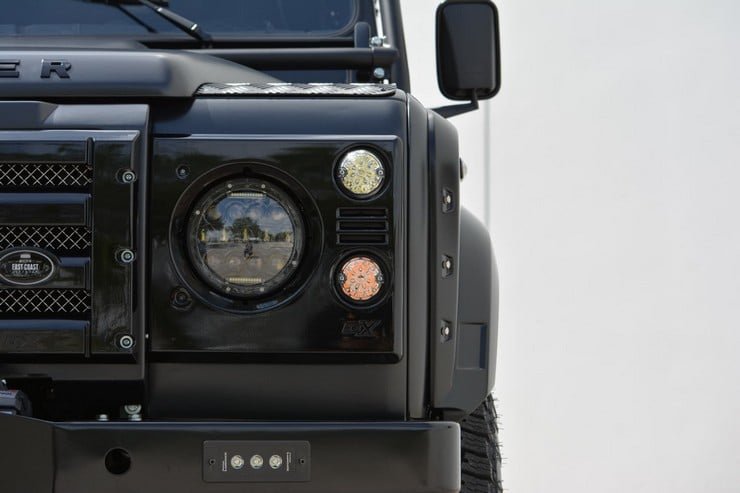 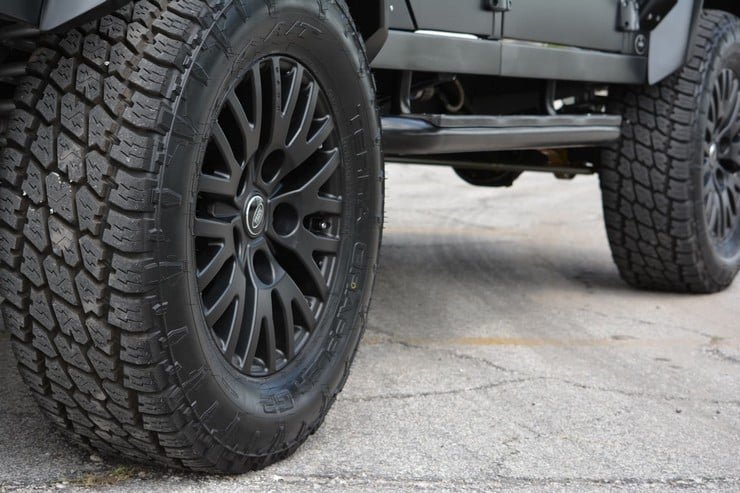 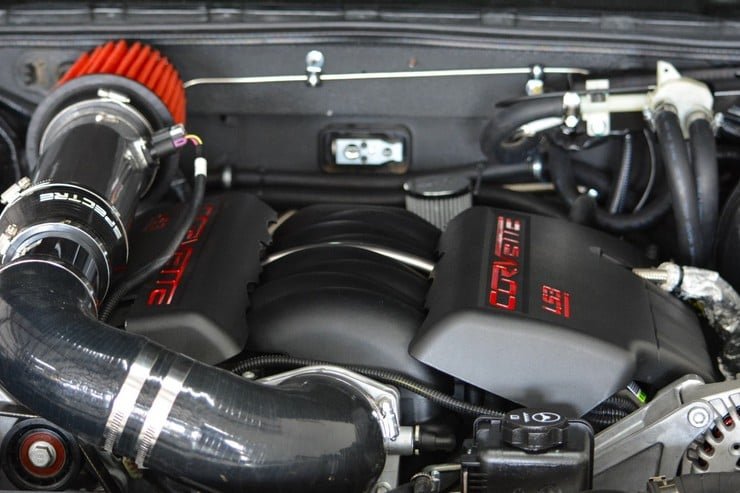 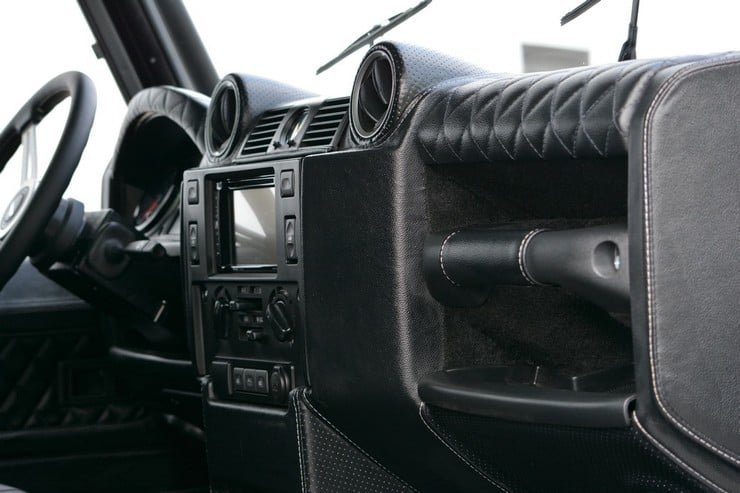 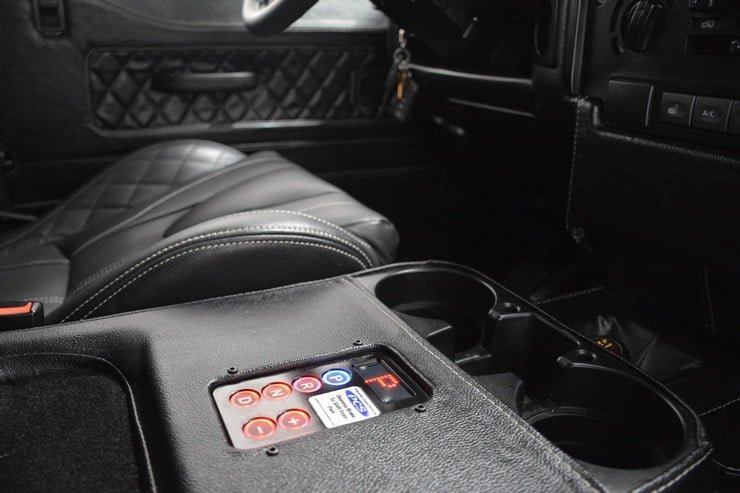 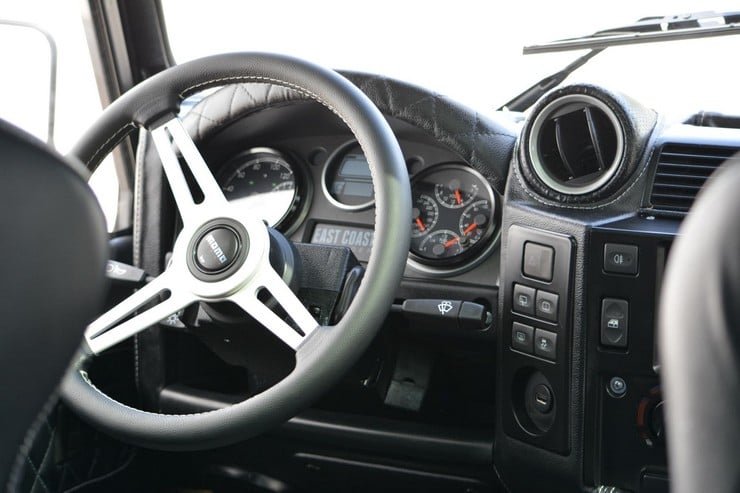 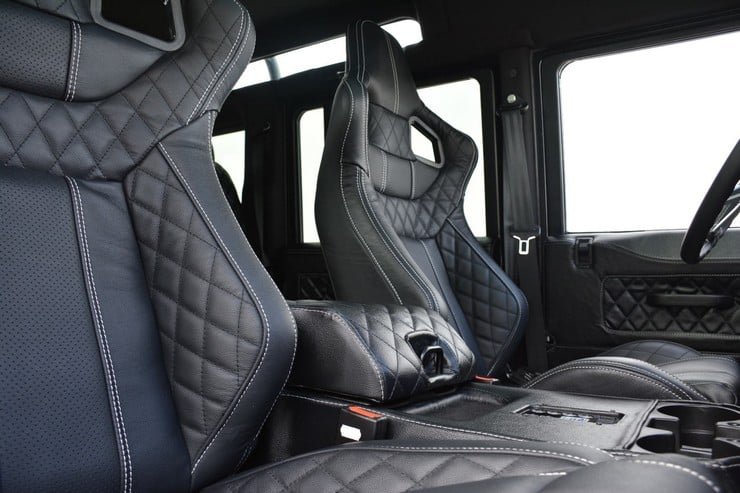 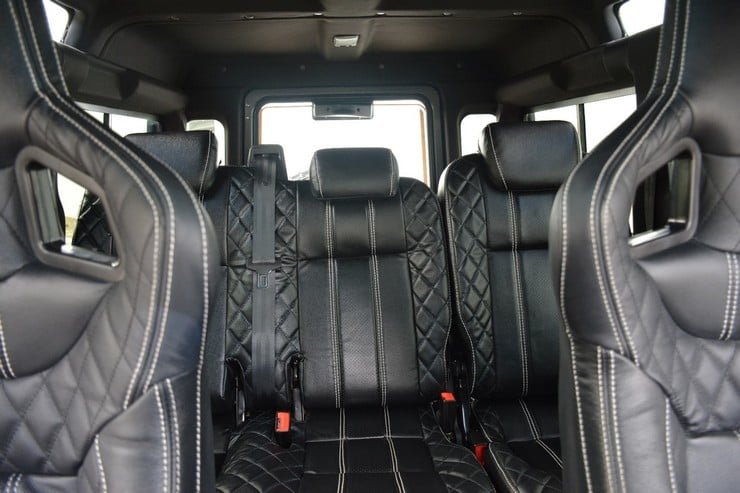 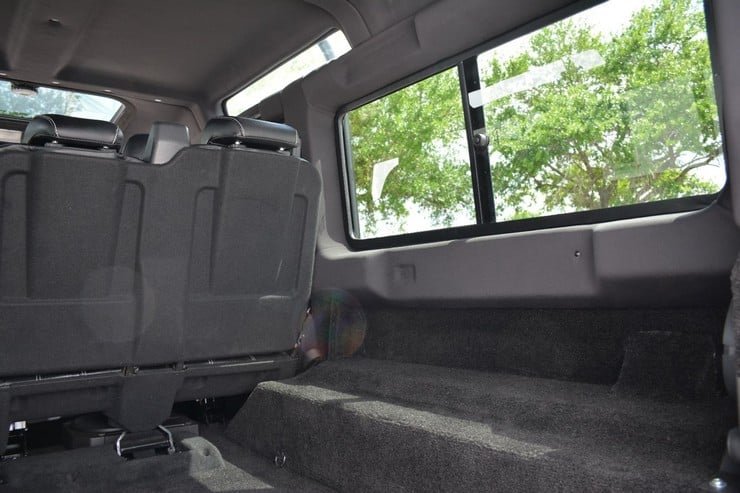