Unless you’re prepared to foot the repair bill, it’s best to keep your supercar on the road or tracks. These machines are designed to be driven on asphalt and not on rugged terrain. If you are anything like the guys over at B is for Build, you’ll end up with something which they have dubbed the Jumpacan.

This badass project starts with a Lamborghini Huracán chassis from Mullins Auto Parts. Some would argue that the legendary Italian marque offers the Urus – a luxury-tier SUV. Still, we would rather see something off the menu like the aptly named Jumpacan.

Although it still has the original silhouette of the donor car, B is for Build’s Chris Steinbacher gave the Jumpacan an insane visual overhaul. Gone are the sleek aerodynamics body panel as it now bears a look straight out of the “Mad Max” films.

Of course, alternations were in order to accommodate its new components. What’s cool about this mechanical hybrid is that it will compete in the 2021 Mint 400 desert race. Those who are eager to see how it performs can catch the event this December in Las Vegas.

B is for Build is not only taking stuff off the Huracán but also adding and making replacements. A new suspension system with a set of chunky all-terrain tires: 35 inches up front and 37 inches for the rear. They are keeping the scissor doors though, which is adds to its appeal.

Meanwhile, in place of the V10 engine now sits an LS V8 unit. Weight is a major factor when it comes to racing. Therefore, the interior of the Jumpacan is close to barebones save for the essential components. in a few months, this custom build will finally see off-road action. 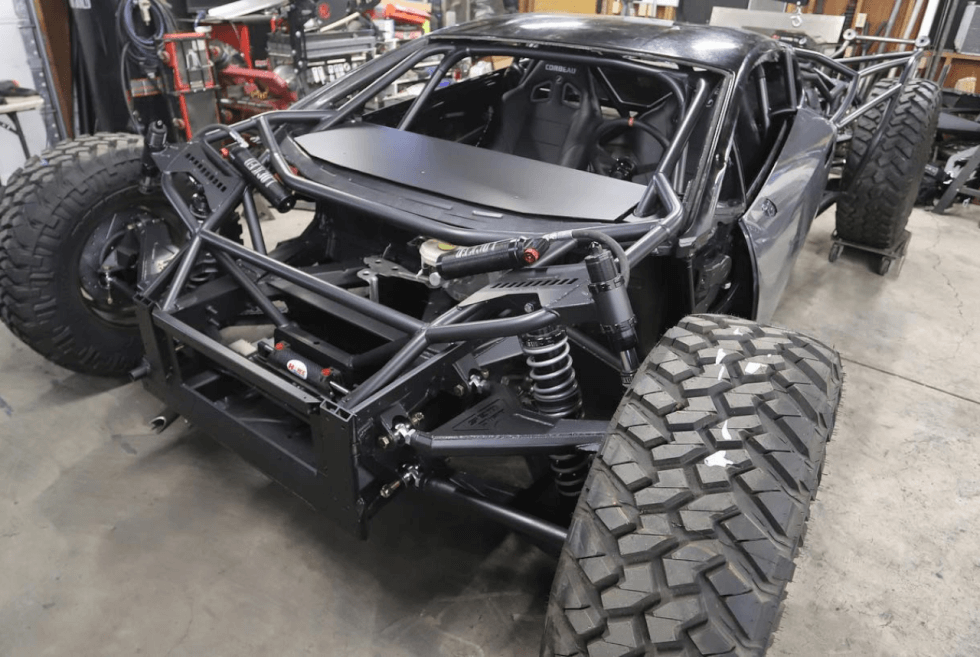 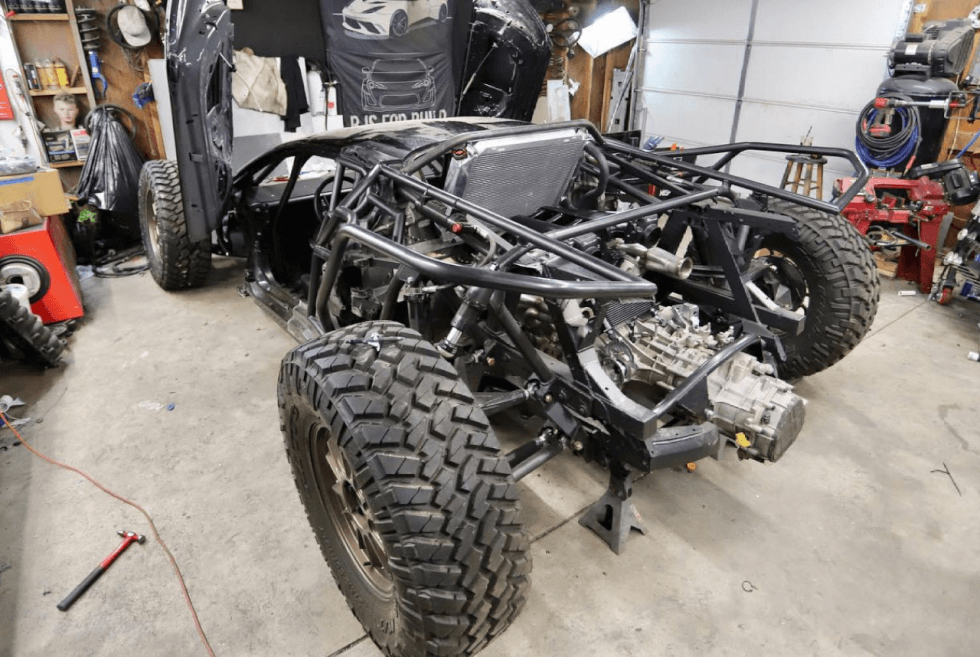 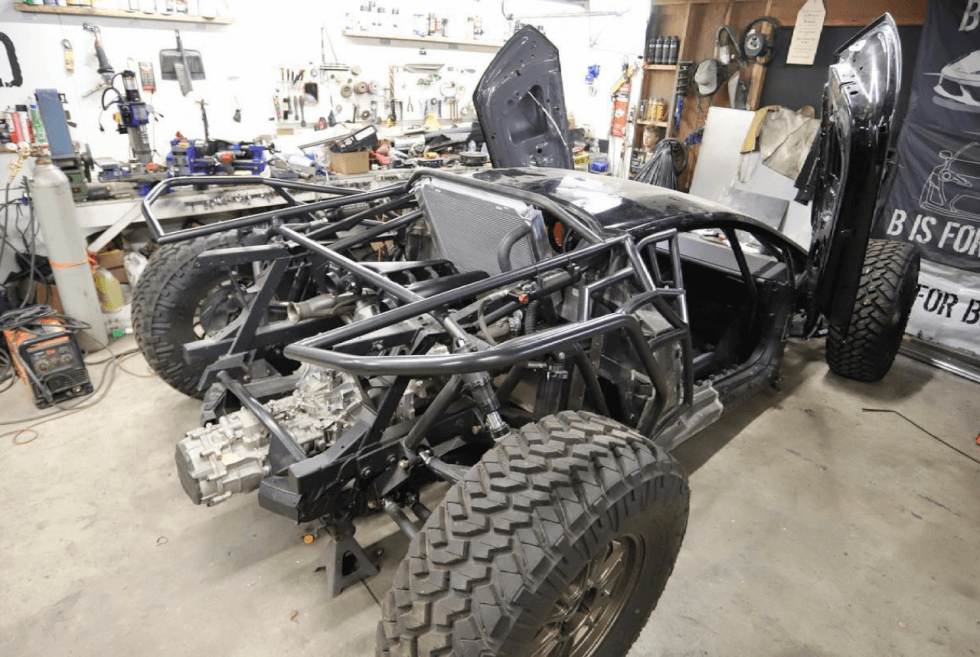 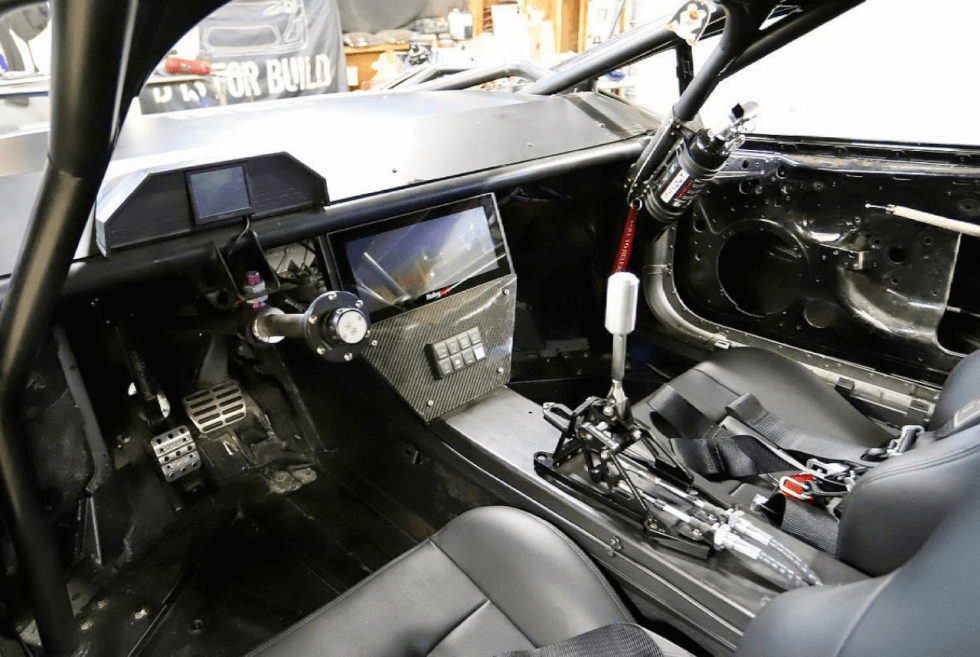 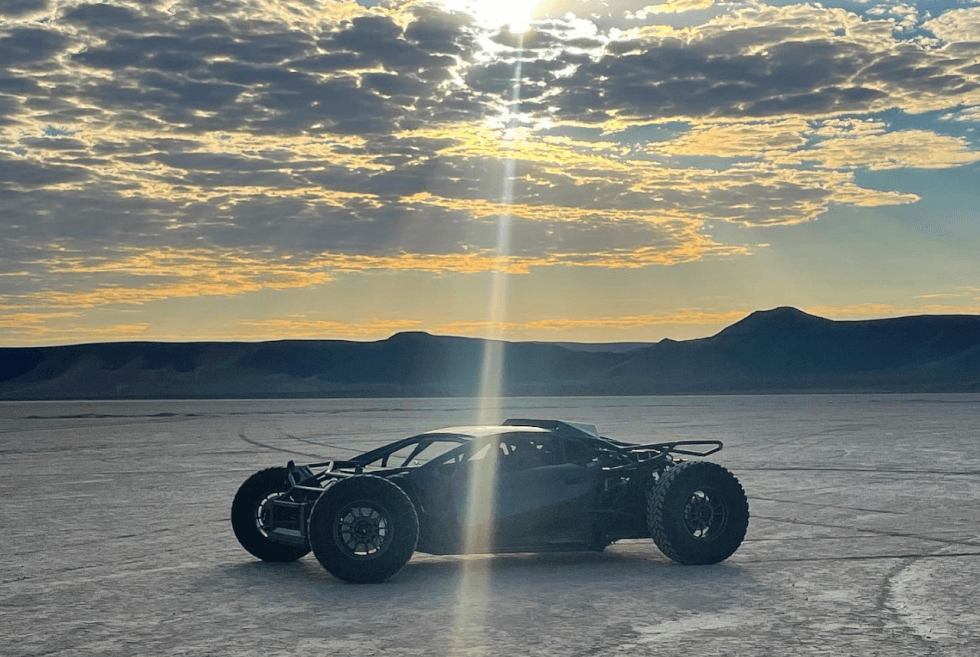 Images courtesy of B is for Build