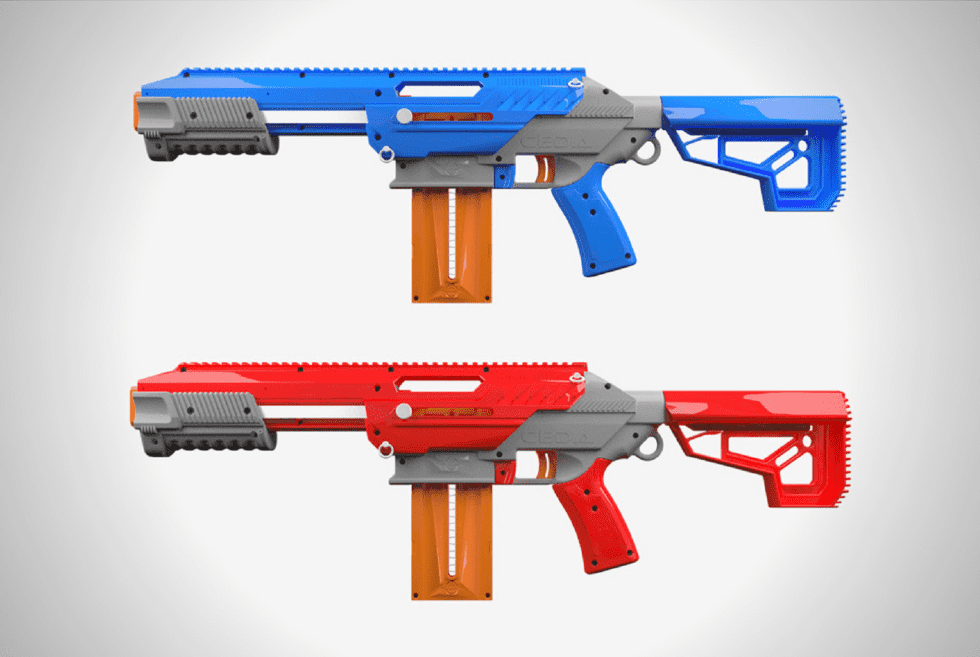 Most kids these days are probably fine with their vanilla NERF guns. However, adults who want to take it to the next level should take a look at the Jet Blaster Ceda. Billed as the world’s first modular NERF-style gun, it’s designed not only for quick assembly but also for easy strip-down.

Any NERF-loving grown-up will tell you the foam dart shooter community thrives mainly on upgrades and customization, and it’s clear Jet Blaster designed the modular gun you see above with that community in mind.

As such, the Jet Blaster Ceda features a quick release shell that’s held together by only two pins. That means it doesn’t require any special tool to be taken apart — you can assemble or break it down anytime and anywhere, even in the heat of battle.

And sure, this modular Ceda blaster is a haven for potential upgrades, but it’s a pretty fine shooter on its own, too. The blaster boasts a breech loader that Jet Blaster says will give you an edge over competition. That’s thanks to the enhanced plunger tube that delivers better performance than most NERF guns. Moreover, it also features a removable stock and shotgun grip, plus integrated picatinny rails.

You can even replace the base parts with all-metal variants directly from Jet Blaster. This gives you an opportunity to add some oomph and extra durability to your gun. It comes in either red or blue and is a steal at just $69.

It appears you have to wait quite a bit to get your hands on one, however. As of writing, the Ceda is out of stock, and Jet Blaster has yet to announce when restocks are due.

TJB's Kline Knife uses MagnaCut stainless steel for its drop point blade to make it resistant to corrosion and breaking and incredibly sharp.