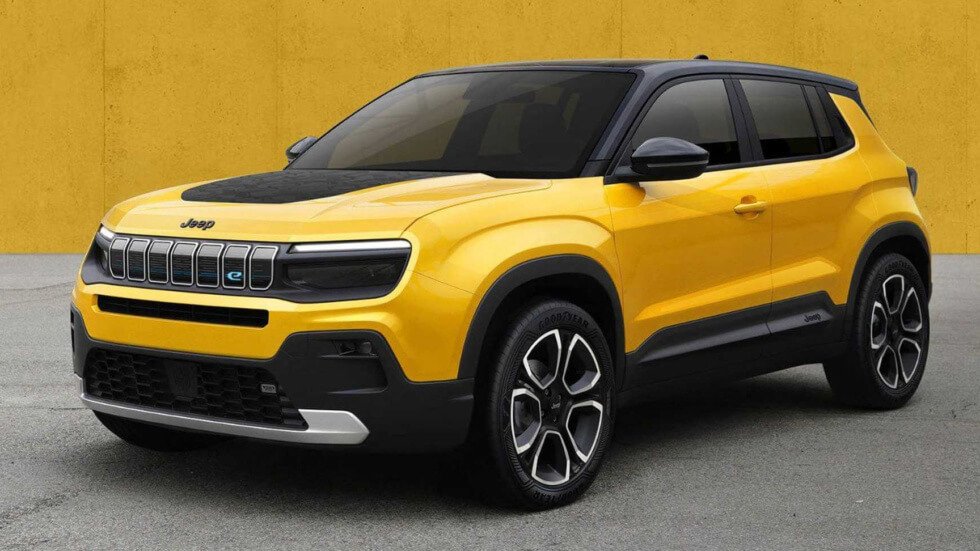 We all know by now that Jeeps is also developing fully electric platforms. So far, they have been teasing the Wrangler Magneto 2.0 concept – a powerful overlanding platform. Insiders say that the carmaker is preparing an exciting lineup for its eco-friendly range that will cater to various segments its buyers normally want. It appears that they are now testing a compact electric SUV.

As with any unreleased model that’s already roaming on public roads, almost everything should be in its final production form. Although manufacturers can still make last-minute changes, these are usually nothing major. Those who managed to spot the camouflaged test vehicle in the wild were quick to share their observations.

Jeep is yet to publish details about what it will call the EV. Even after some digging around, internet sleuths are not uncovering any placeholders or clues as to the name. Nonetheless, it seems like the compact electric SUV is a tier below the Renegade.

Moreover, there appears to be an exhaust system, which implies a hybrid trim could also be in the works. Jeep plans to gradually go purely electric and will no longer offer traditional powertrains later this year.

Meanwhile, Stellantis is reportedly using the same emission-free architectures across several marques it owns. Hence, sources claim the upcoming compact SUV from Jeep will be similar to the Peugeot 2-2008 and Citroën e-C4. Their goal is to introduce all-electric models in “every major SUV segment” by 2025.

Jeep’s parent company intends to have at least 75 battery-electric models available by 2030. We can probably expect them to officially unveil the electric compact SUV soon. Others point out that it visually borrows some design cues from the Grand Cherokee PHEV. 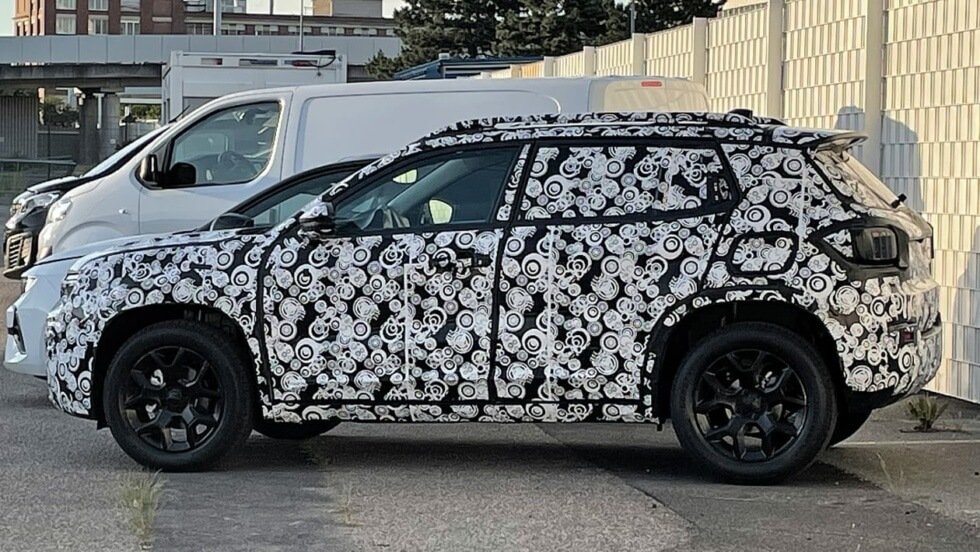 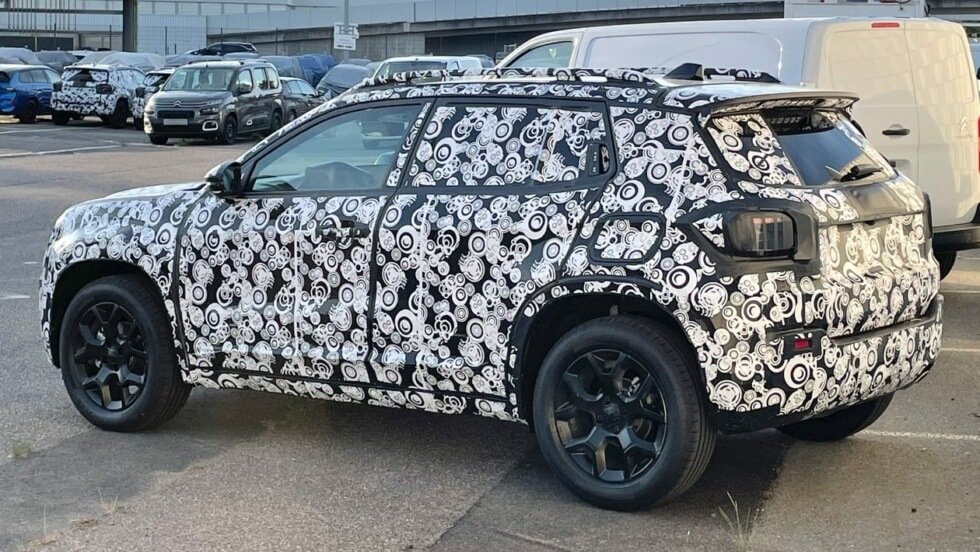