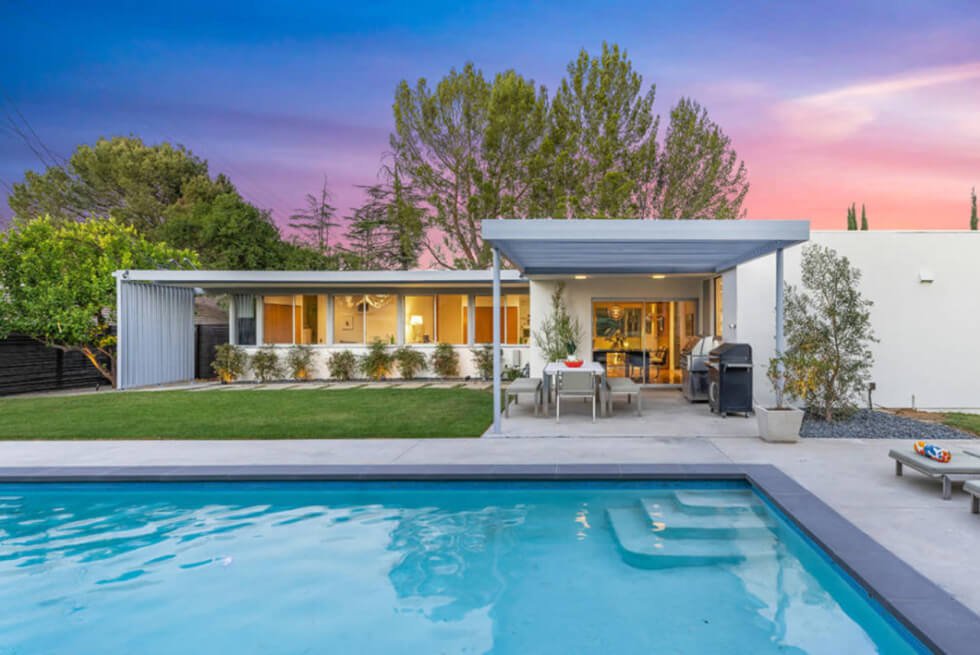 Most A-list actors own extravagant homes. Likewise, the people connected to them often enjoy perks that allow them to purchase luxury dwellings of their own. An example we have is the J.N. Baldwin House which is listed by Sotheby’s International Realty. Its current owners are Scott Cort and his wife, stylist Jeanne Yang.

Both are looking to get at least $3.3 million for the four-bedroom western San Fernando Valley residence. For those of you wondering, the Los Angeles, California-based fashion expert offers her services to some of Hollywood’s elite.

Notable clients include Robert Downey Jr., Christian Bale, Jason Momoa, and Anthony Mackie, to name a few. Her connections aside, what makes the J.N. Baldwin House special is the architect behind the blueprint. This classic Woodland Hills home is the work of Richard Neutra completed in 1962.

The renown its ownership brings to the table will likely catch the eye of discerning clientele. Specifically, those who won’t find the asking price too prohibitive. The J.N Baldwin House preserves several details like the sconces, light switches, wall clock, and more. All of these are personal picks of Neutra.

Part of the turnover includes a construction book, blueprints, and original chalk drawings from the architect. By chance, the couple spotted an ad for the J.N Baldwin House in the Los Angeles Times. Interestingly, Yang points out that “It was listed as a Richard Neuter,” which is a misspelling.

Originally bought for $659,000, Yang and her husband spent more than $1 million to spruce up the home and its surroundings. The vintage aesthetic of the J.N. Baldwin House remains intact but now flaunts modern upgrades. Are any of you willing to purchase this stylish home? The privileged folks qualified to buy the Singer Reimagined Track1 DLS Edition can personalize it to match their car’s colorway.