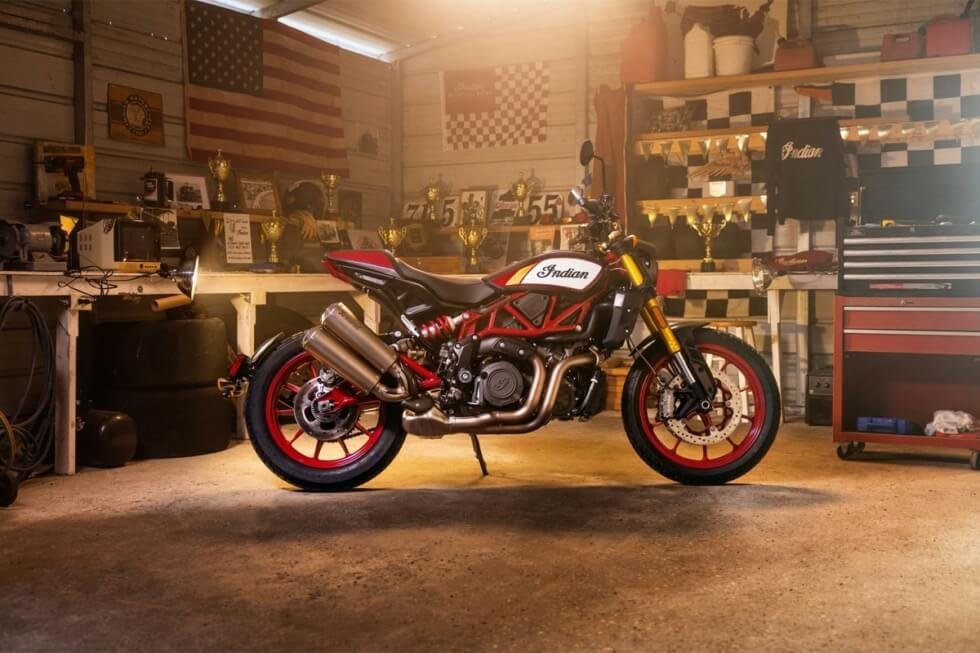 Doesn’t it feel awesome when you clinch a win in any competition? Some of you might want to commemorate it with something that people can easily associate with the victory. At least, that’s what Indian Motorcycle is doing by announcing the FTR Championship Edition. This moto is aimed at fans of the marque and comes with a level of customizability.

If it were up to us, however, we’ll keep it in its standard configuration. Anyway, the manufacturer already delivers a two-wheeler that packs top-of-the-line specifications. Still, it all really boils down to what the customer wants, and the optional add-on choices are staggering.

As for the presentation, it arrives in a predominantly black colorway with racing graphics and elements in white, gold, and dark red. Close up you’ll notice that most of its body is in carbon fiber with a glossy finish. Indian Motorcycle outfits the FTR Championship Edition with a 1,203 cc liquid-cooled V-twin engine.

Then there’s an Akrapovič 2-into-1-into-2 exhaust system mounted on the right flank. Overall, owners should be looking at 120 horsepower and 87 lb-ft of torque on the FTR Championship Edition. It sports a pair of cast red rims shod in DT3-R Radial tires from Dunlop. Stopping power is supplied by Brembo brakes.

The FTR Championship Edition even includes a reminder of Indian Motorcycle’s American Flat Track wins. Each time you look down the fuel tank, a special plaque lists down each championship year. From this vantage point, riders can also monitor the bike’s performance via the 4.3-inch touchscreen unit. Prepare to shell out $16,500 for one of 400 examples slated for production. 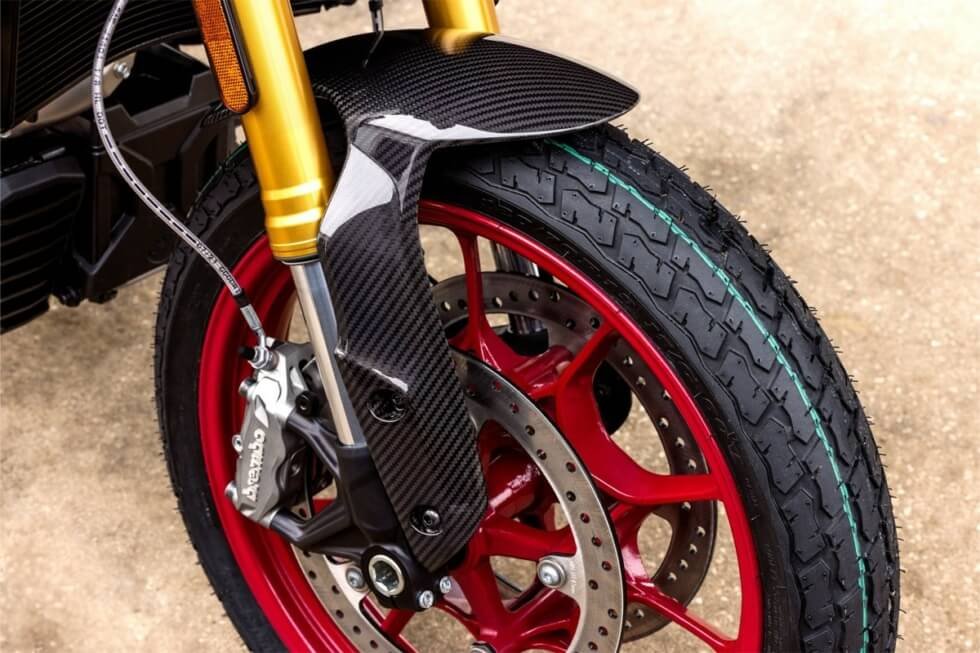 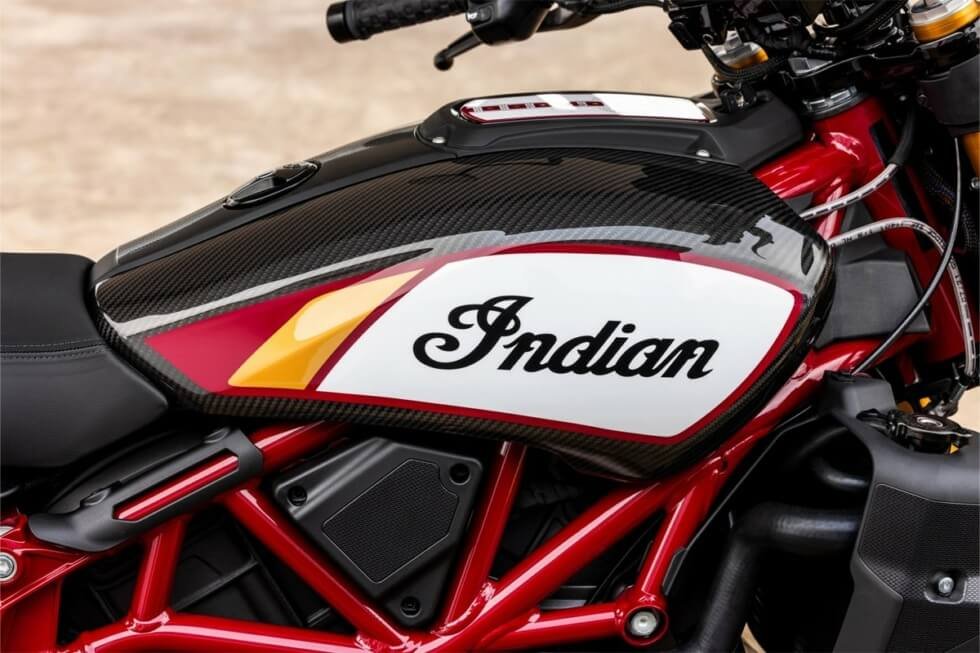 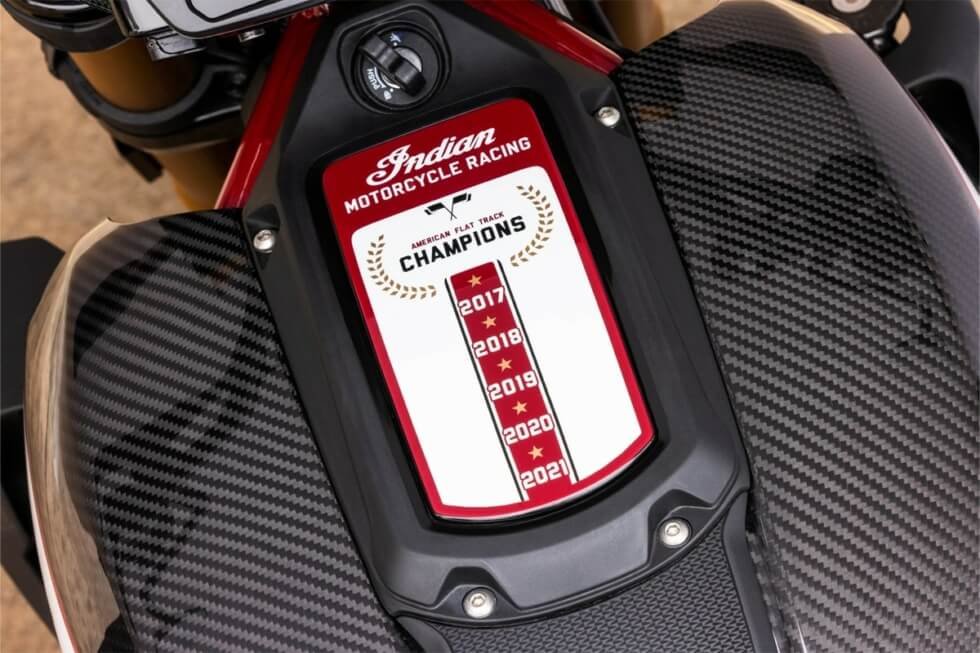 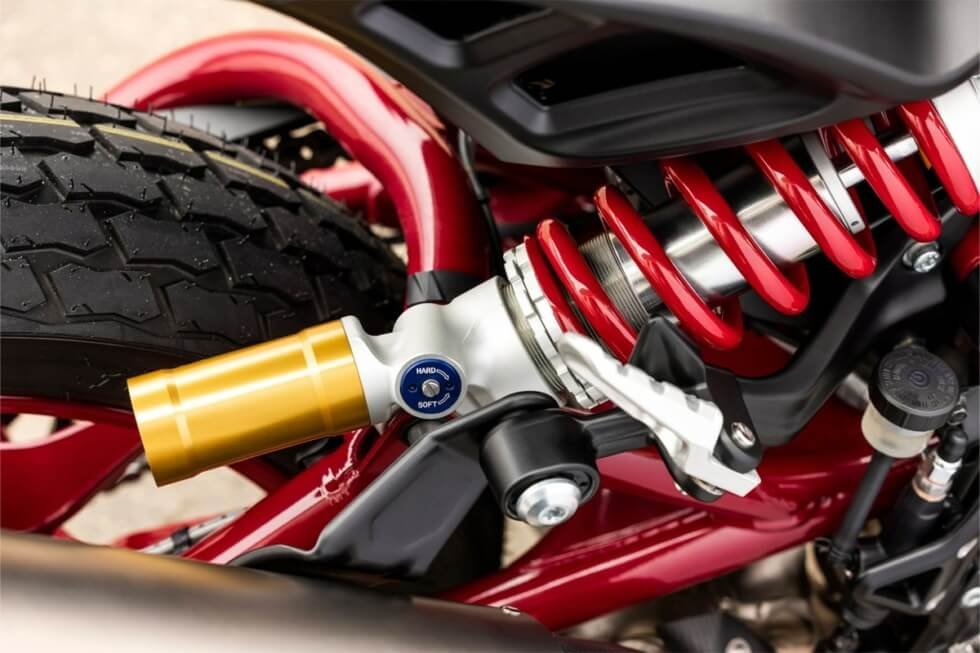 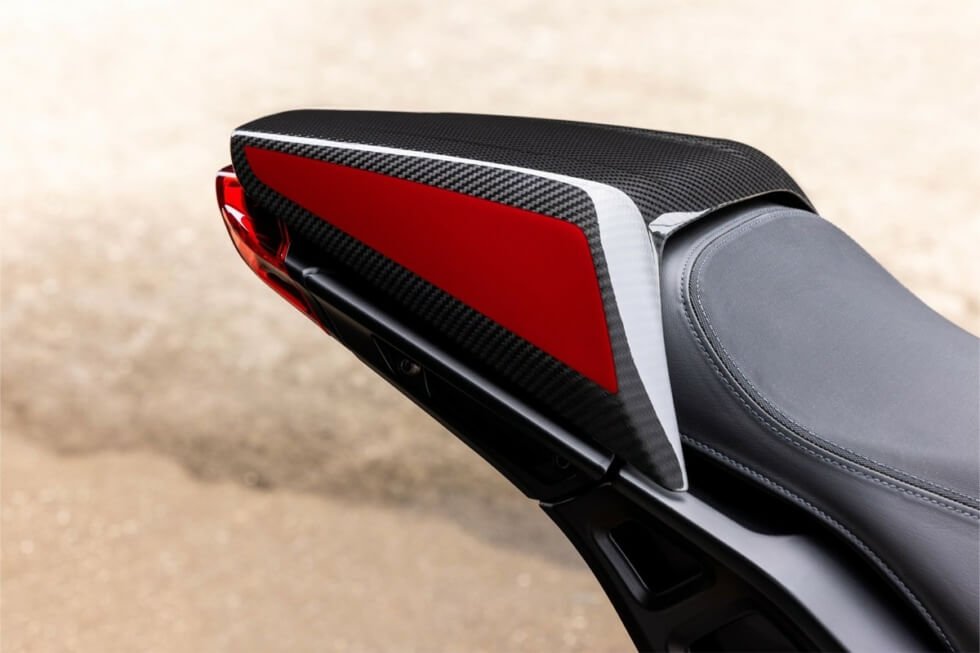 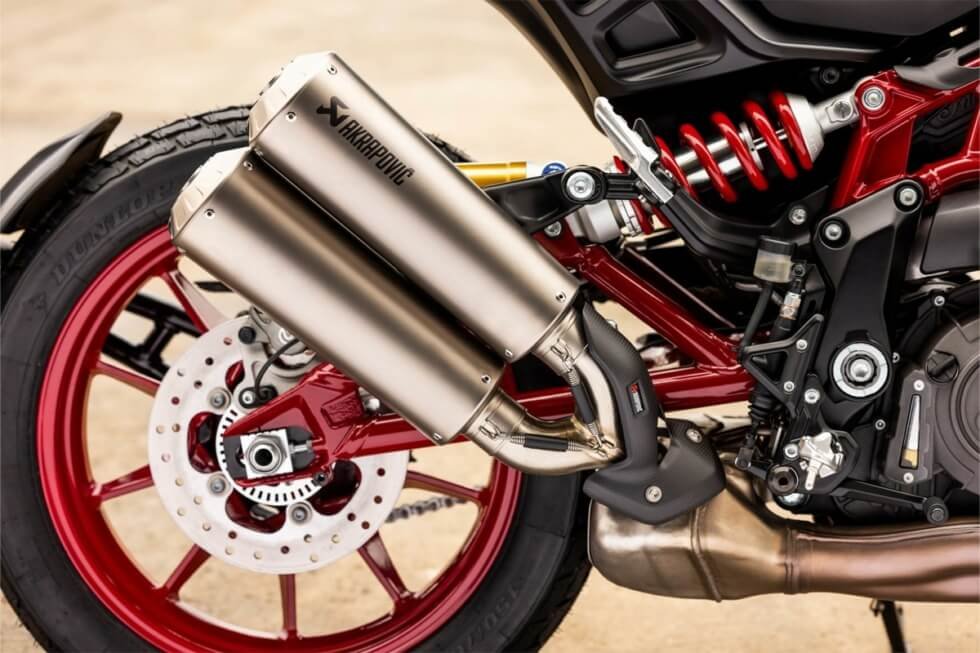 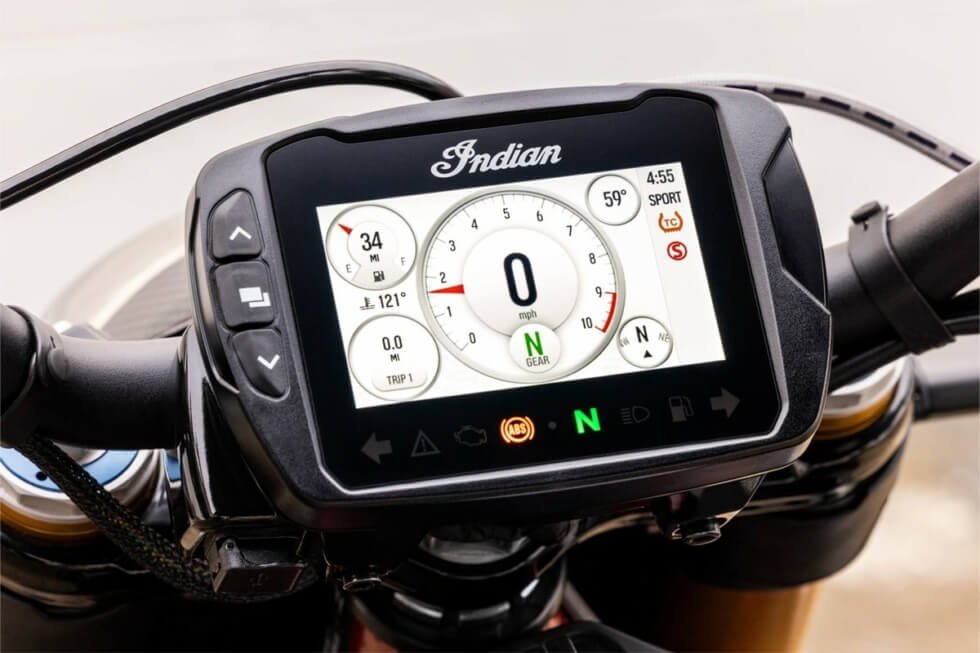 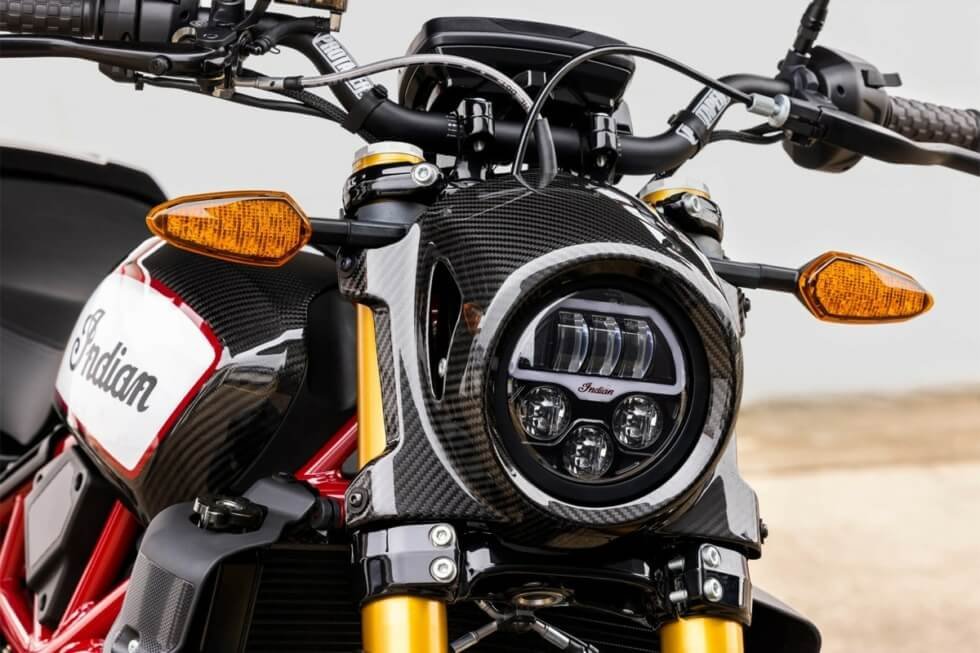 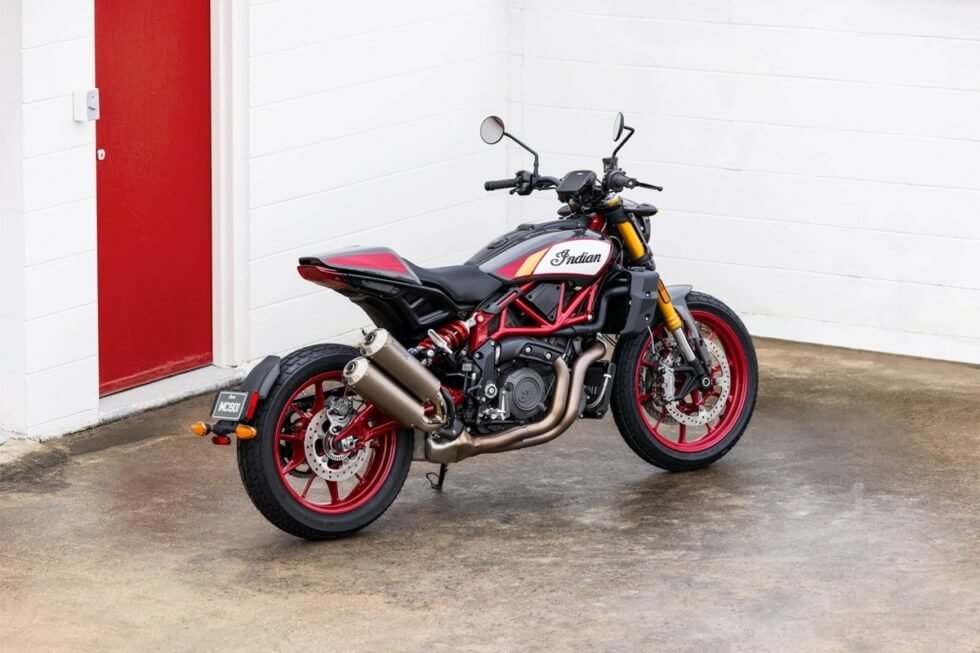