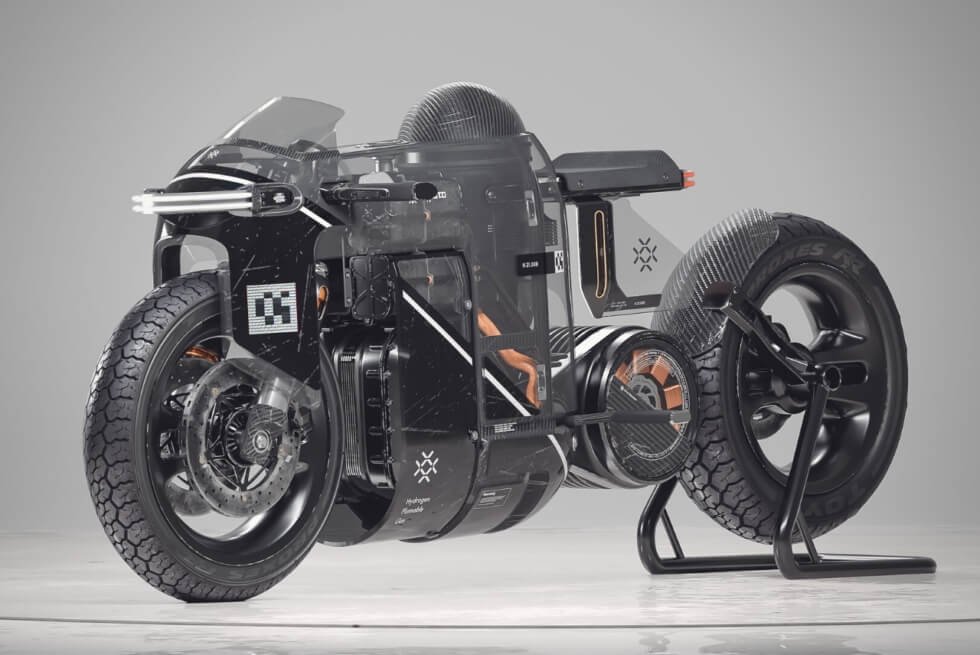 Here we have another electric motorcycle. Yes, we know these are everywhere and not all even make it past the concept stages. However, the fascination people get each time a new one comes along says otherwise. A team of designers just unveiled the Hydra AAA01 – an emission-free two-wheeler that runs on hydrogen fuel cells.

Packing the highly explosive gas into this form of transport might seem like a recipe for disaster, but there should be safety measures in place. Moreover, this is just a cool idea given virtual 3D form with the help of advanced software. Still, the images we have portray the Hydra AAA01 as a cool concept of what may come in the future.

Judging by the renders, the trio are going for an aggressive riding position here. Even the aerodynamic outline of its body suggests this will take you on the most adrenaline-pumping rides of your life. We have a windscreen integrated into the cowl which extends to cover the forks.

The frame of the Hydra AAA01 appears to be a mix of composites and metal. This needs to be structurally rigid since it’s holding the hydrogen fuel cells and the system using it. We’re guessing it’s using a heavy-duty acrylic to cover the assembly thereby endowing it with a transparent motif. The fairings on the front appear to use the same material as well.

Overall, this hydrogen-electric moto concept reminds us of the distinct styling on the Nothing phone (1) and ear (1). Beneath the cantilevered saddle of the Hydra AAA01 is an aero cover for the negative space. Finally, a mono-shock extends to the single-sided swing arm with a massive motor on a beefy hinge.