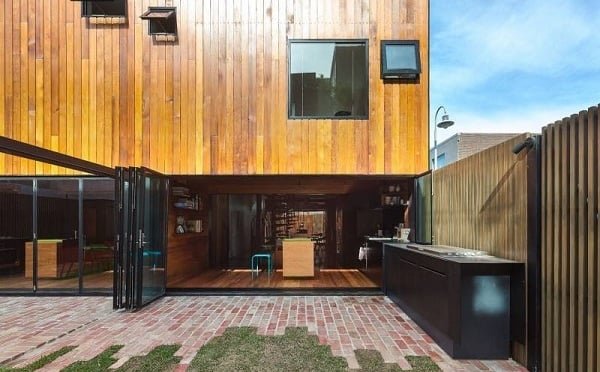 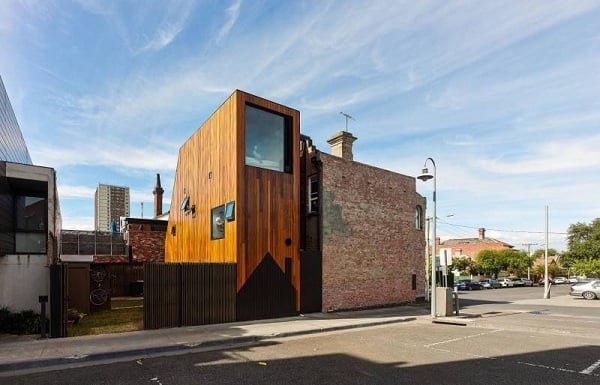 Almost everything about the HOUSE House by Andrew Maynard Architects is a contrast between old and new, but what a contrast it proves to be. While the idea of combining old with new may seem at first to be too stark a difference, the effect on the HOUSE House is a high concept house that does not sit like a blot on its surroundings.
Both inside and out there is a clear divide between the old and new. On the exterior there is a clearly contemporary wooden structure that nestles itself elegantly against the old brick façade. On the interior the differences continue with moulded ceilings, fixtures, and chandeliers that give way to that wooden theme that offers a polished and modern look.
For something that on the surface looks nondescript, the HOUSE House in Richmond, Australia is a high concept home that it as functional as it is artsy. 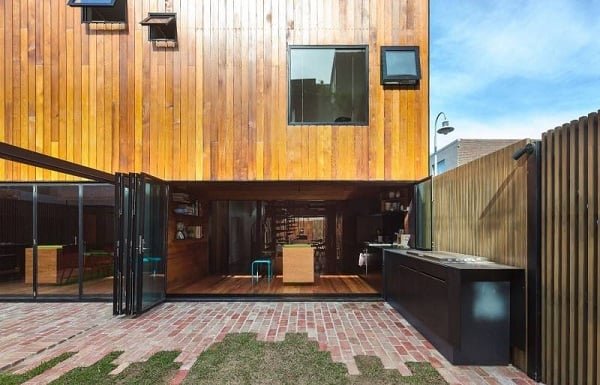 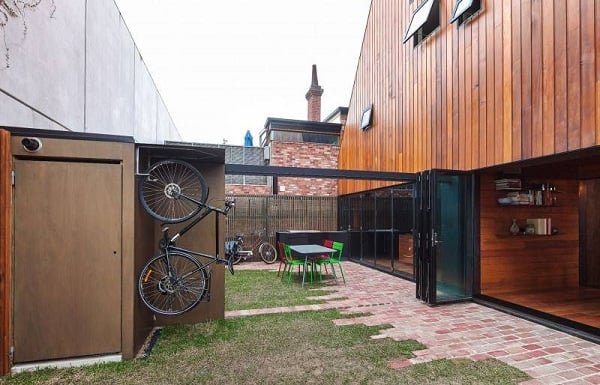 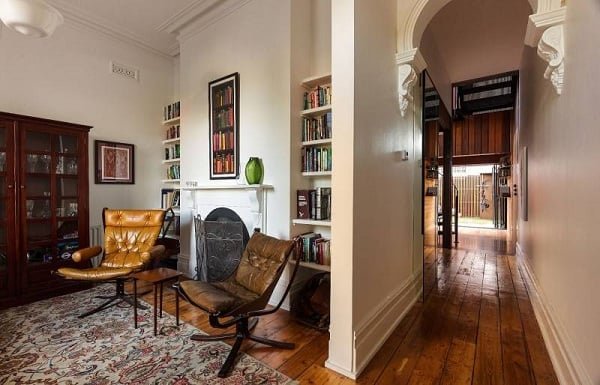 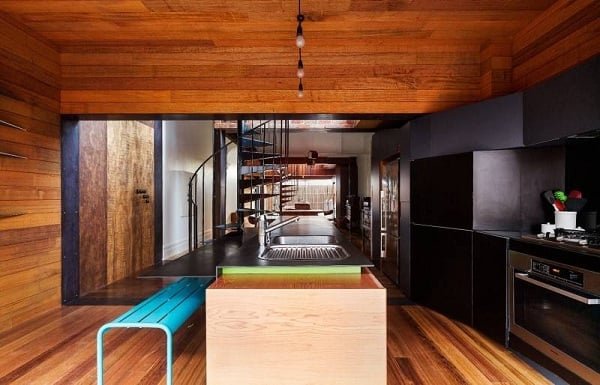 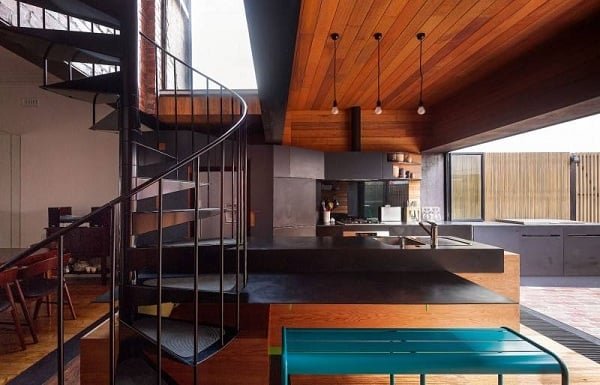 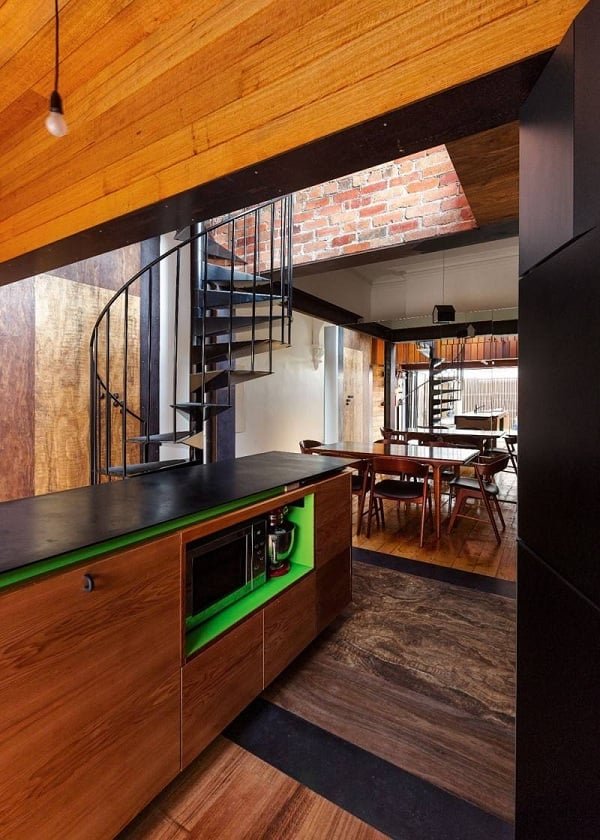 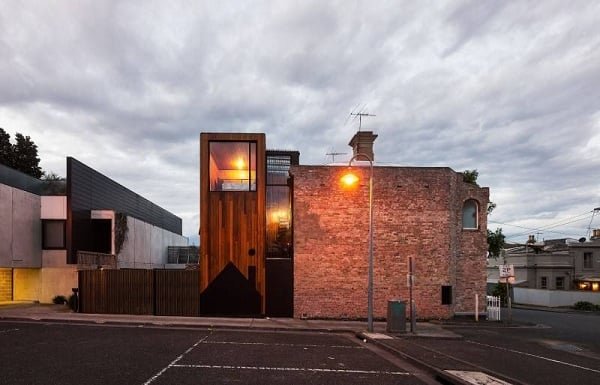 The Futuro House cabin in Marston Park is designed to look like your textbook flying saucer which has landed in the middle of a forest.

By day, the Yoo Forest House showcases how it perfectly blends with the natural surroundings and becomes a bright beacon of beauty by night.