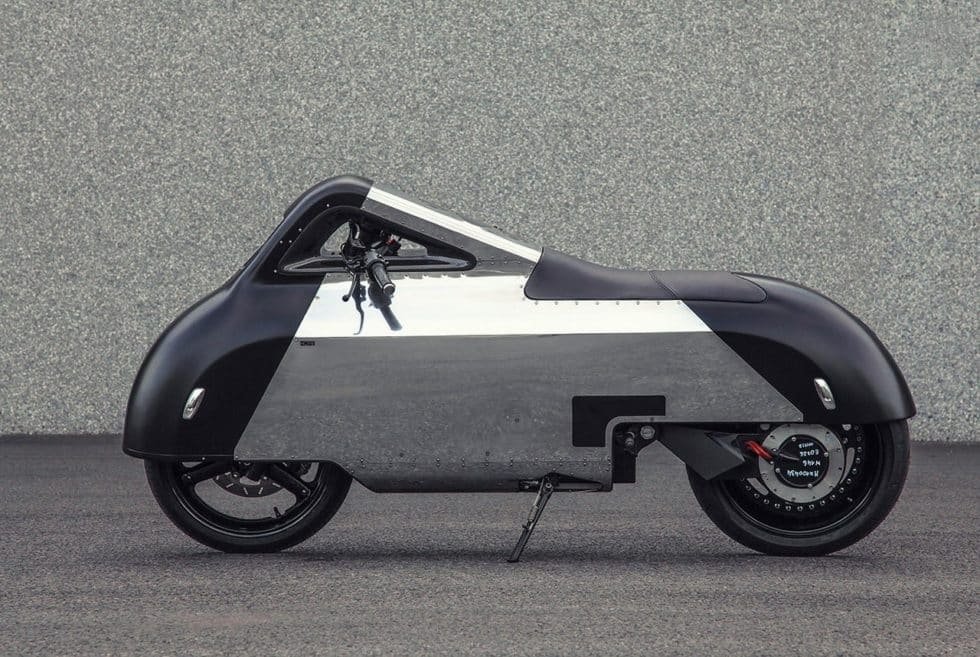 According to this concept vehicle developed by French designer and builder Samuel Aguiar, electric bikes do not require an aggressive shape to give the impression of power. The Hope Electric Bike Concept began as an old Vectrix VX-1 electric scooter. The VX-1 has the distinction of being the first commercially available electric bike but, according to Aguiar, was not very impressive to look at.

Underneath the smooth, unassuming custom fiberglass panels and aluminum plates of Hope’s monocoque is a motor capable of a top speed of 75 mph while being able to range up to 175 miles on a single charge. Other variations from the design of the donor bike included re-arranging the stock Vectrix gauges vertically, adding a straight-line stoplight configuration and a custom two-piece handlebar system. The wheel size was increased both front and rear with 17″ wheels; the front being diverted from a Suzuki GSF and a custom, three-part aluminum design around the back.

The result is an extraordinary machine portraying its builder vision of “a blend between a pre-A Porsche 356, an iPhone and a Pokémon.” 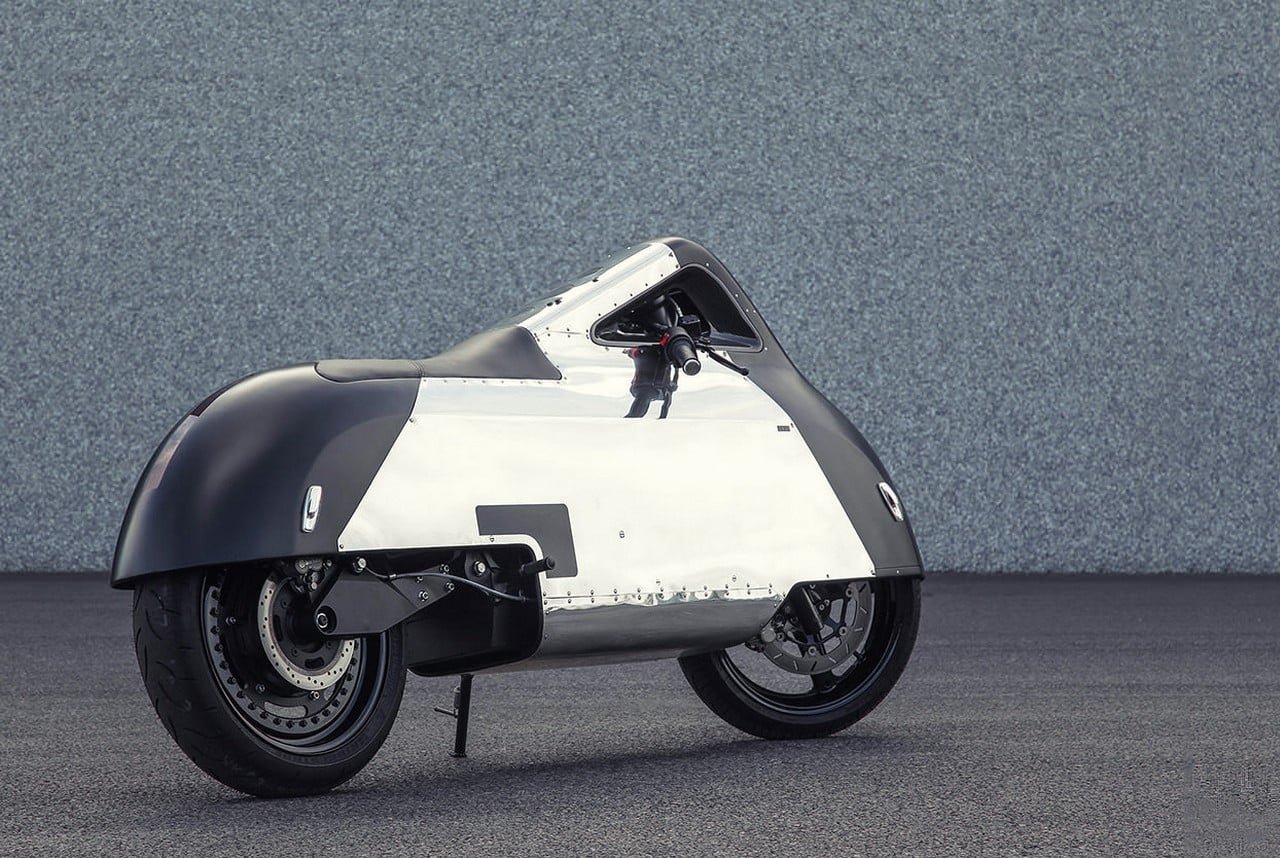 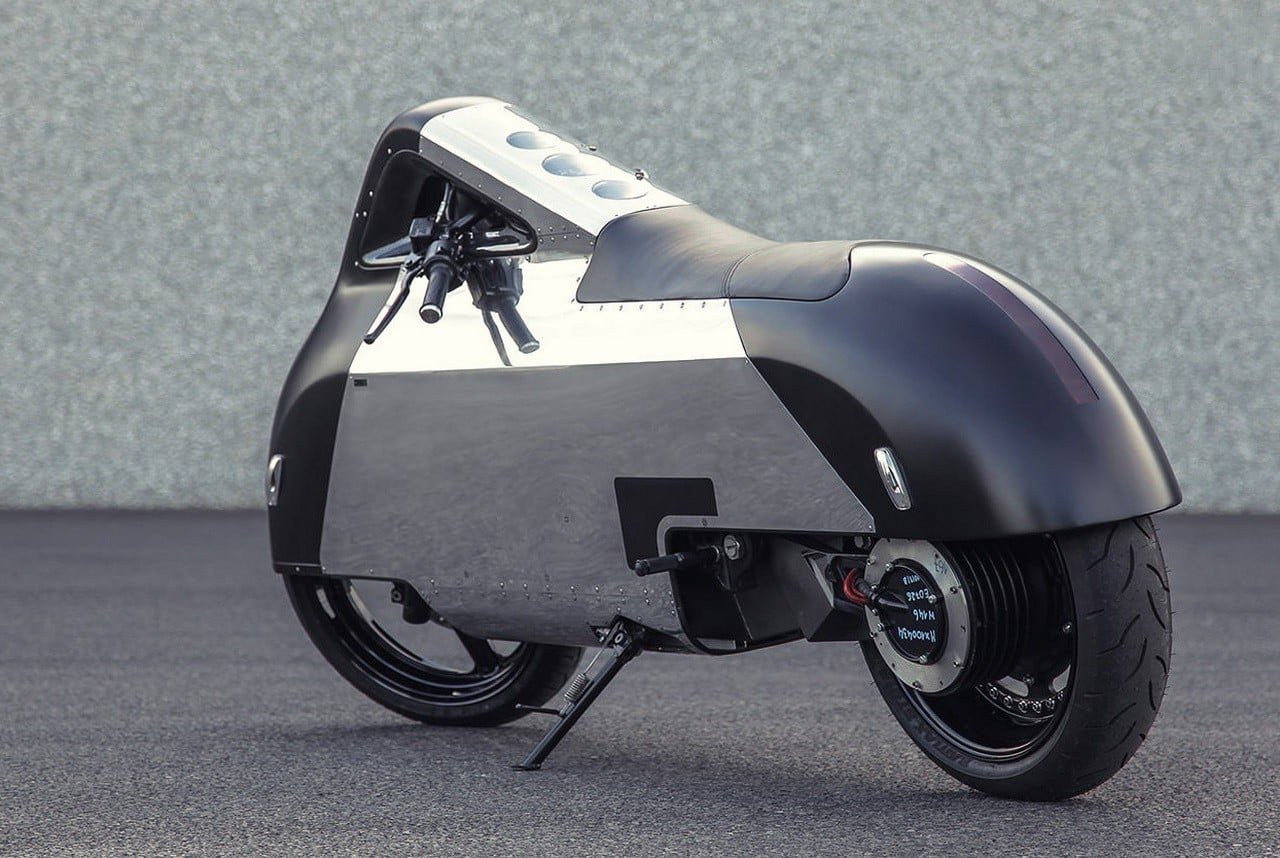 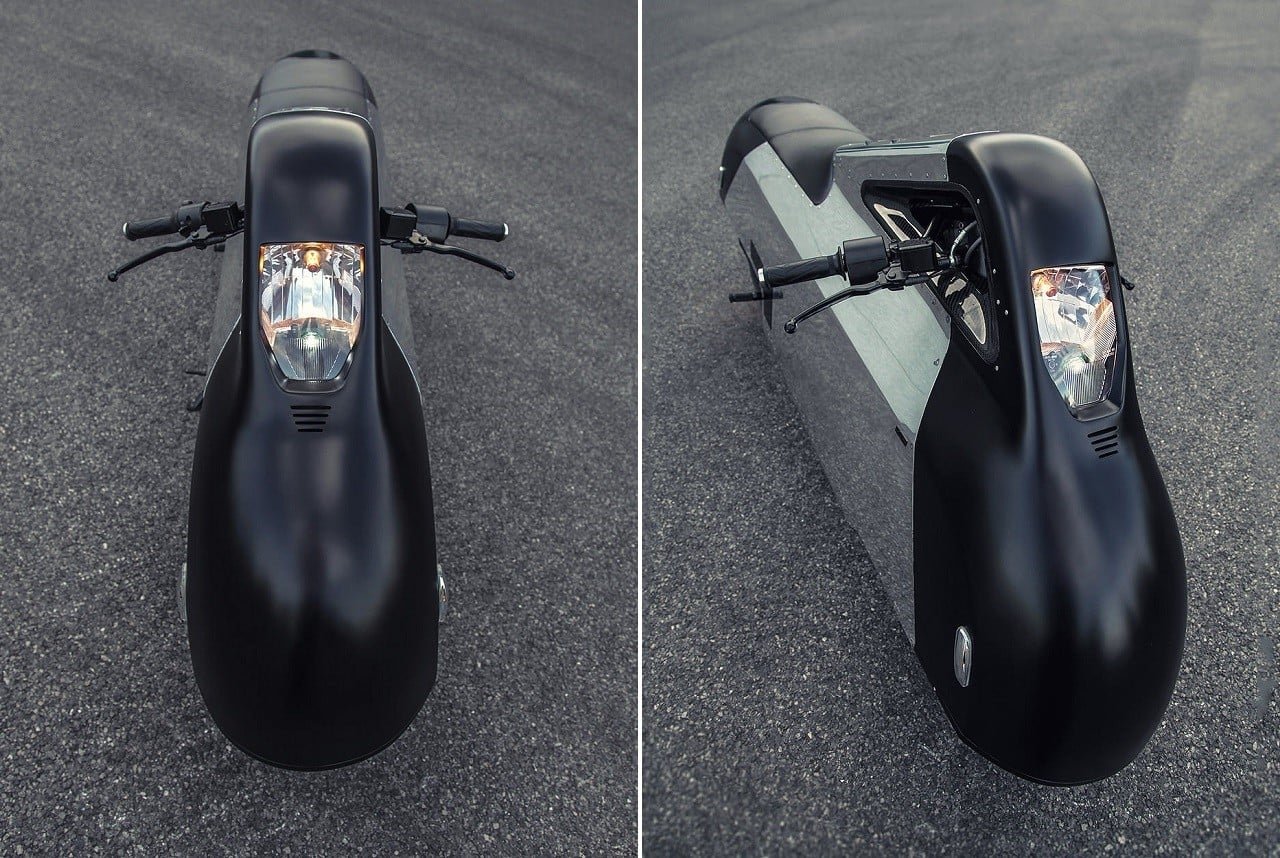 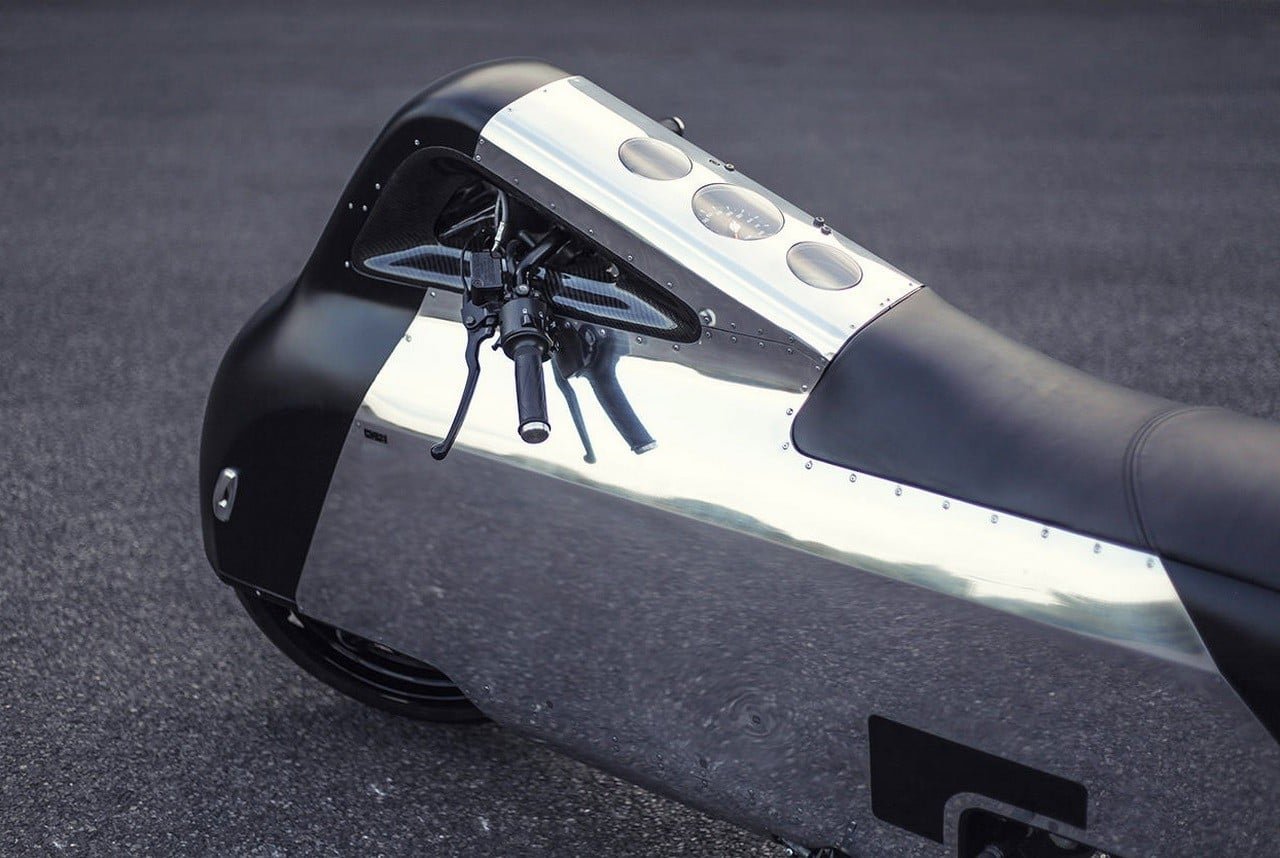 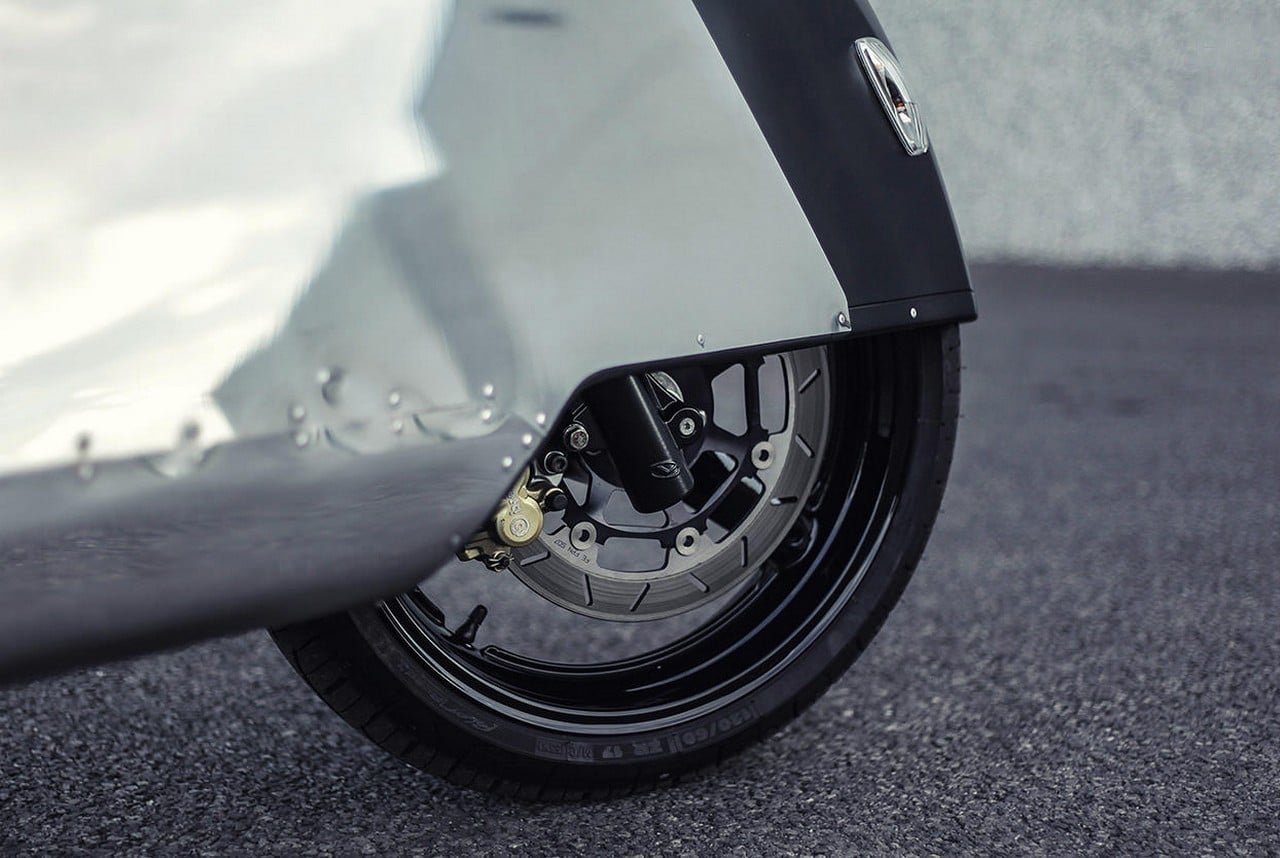 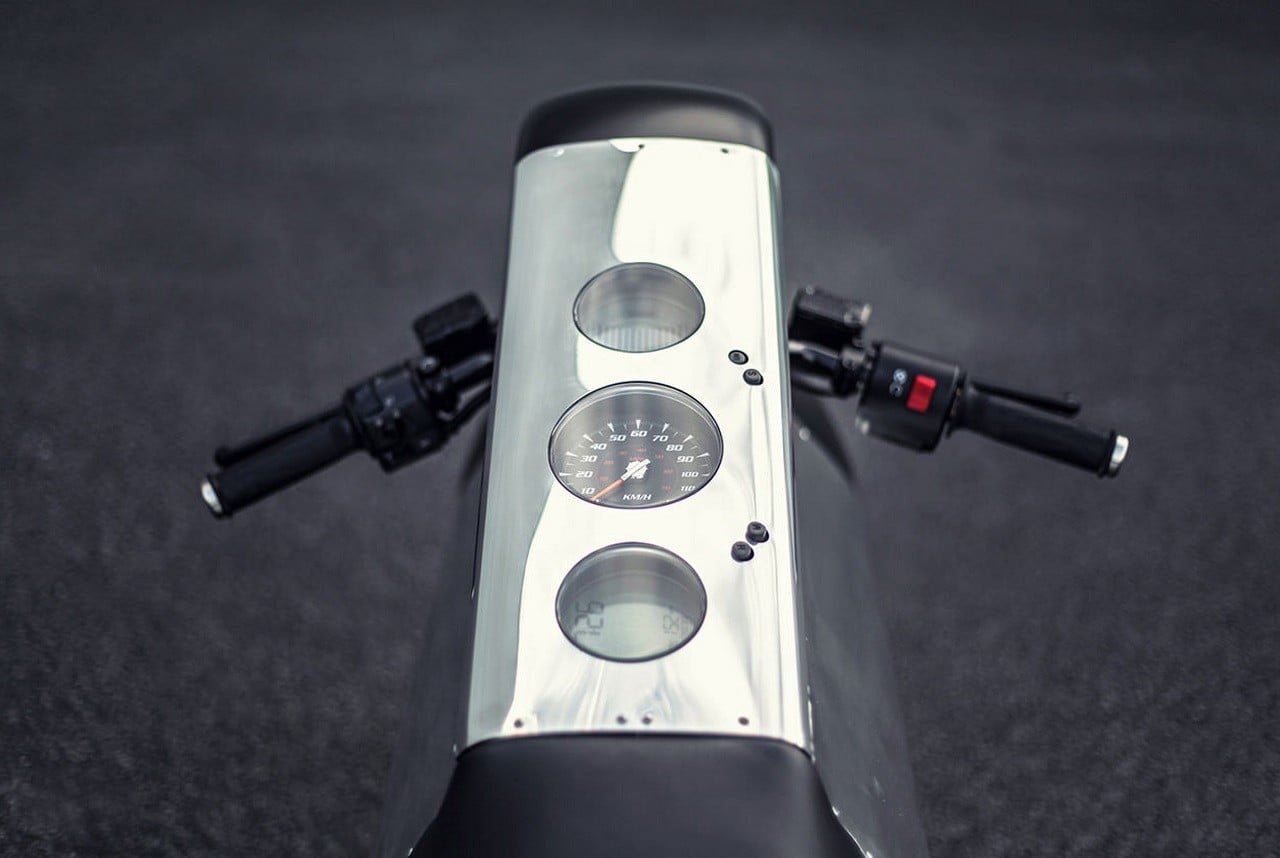 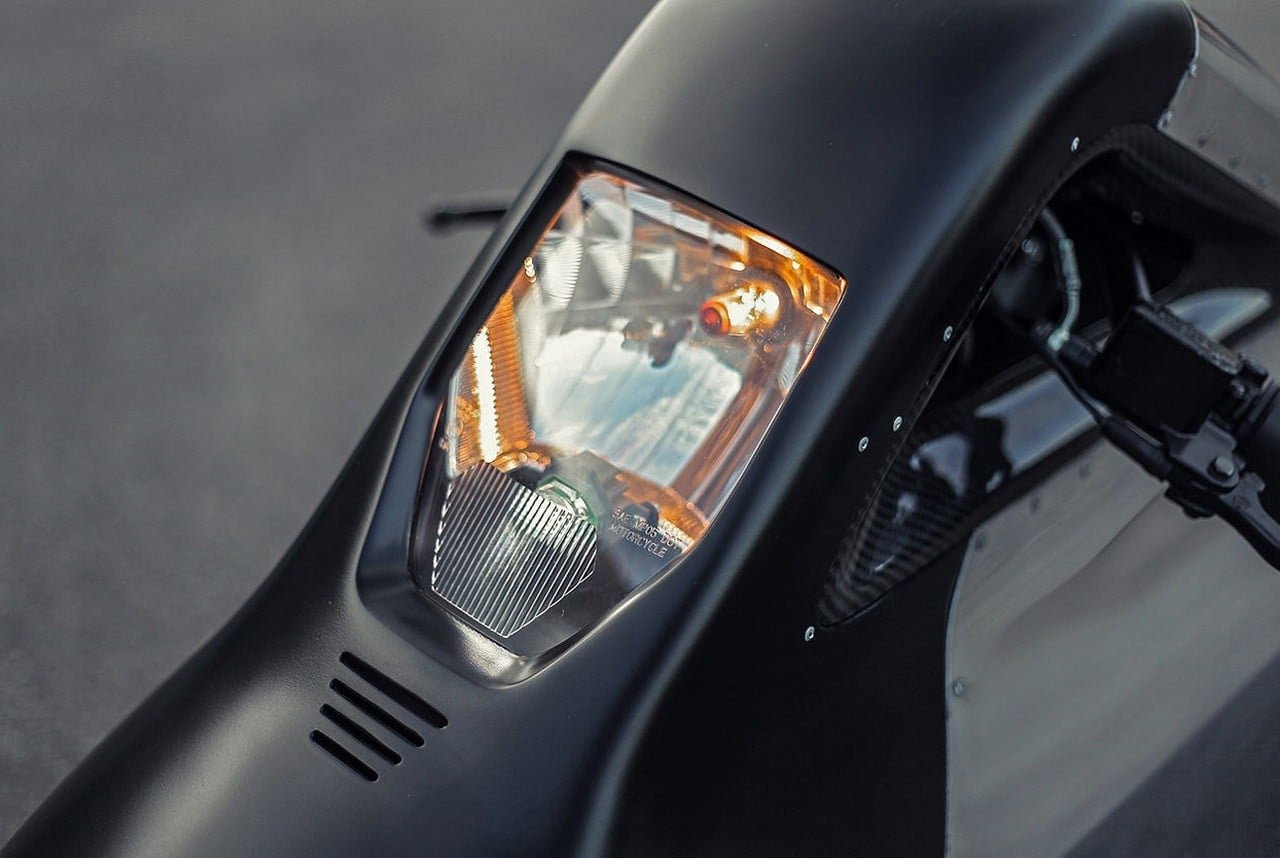 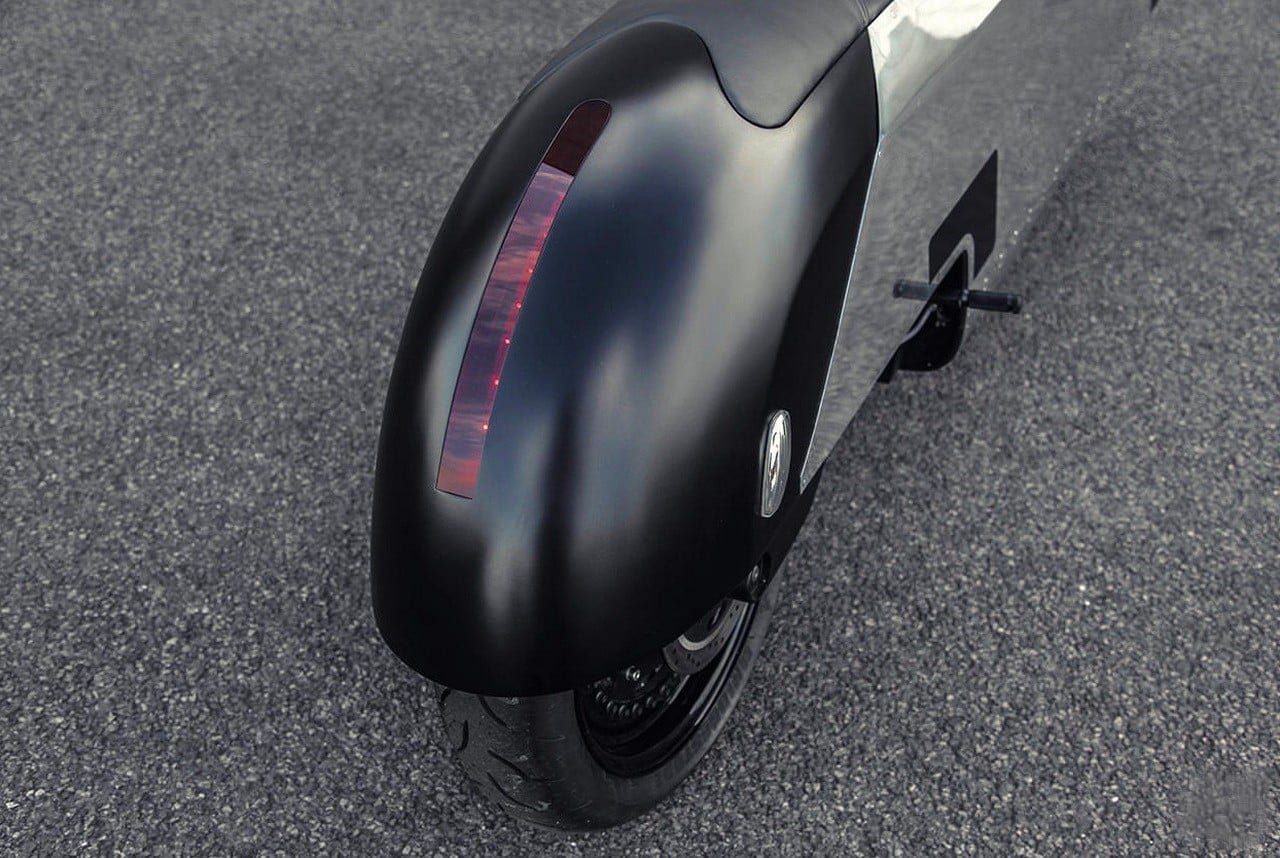