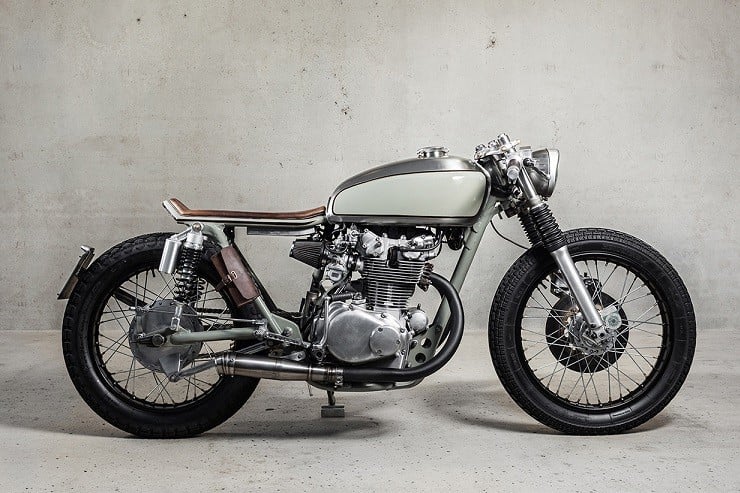 Founded just a year ago, Austrain Vagabund Moto (formed by two guys with a passion for vintage motorcycles) is starting to get appreciated for its superb, minimalist bikes, that aren’t just display pieces – they also perform impeccably.  Case in point, the Honda CB450 K5 Cafe Racer – a ride that would surely put a large smile upon our faces anytime we’d take it for a spin.

Following their signature work style, the Vagabunds stripped down to the basics a 1972 Honda CB450 K, then they added a few bits here and there to update aesthetics, performance and usability.  We’re talking about the rear kicked loop with incorporated LED lights, a wheel-hugging number plate mount that doubles as a (tiny) fender, brushed alloy RFY piggyback shocks, custom made clip ons with CNC milled grips wrapped in brown leather, plus bar end indicators and a simple ‘motoscope’ dial by Motogadget. The exhaust was custom-made, engine has been improved by the addition of new Mikuni carburettors and K&N pod style filters, and the wiring, battery & fuses have been tucked-away, so that the engine can be admired in all of its greatness.

Complete with a minimalist leather tool pouch, Vagabund’s CB450 is finished in an industrial moss-green paint scheme, with raw alloy & brass details.  If we had to describe this bike in one word, that would be…Exquisite!   via 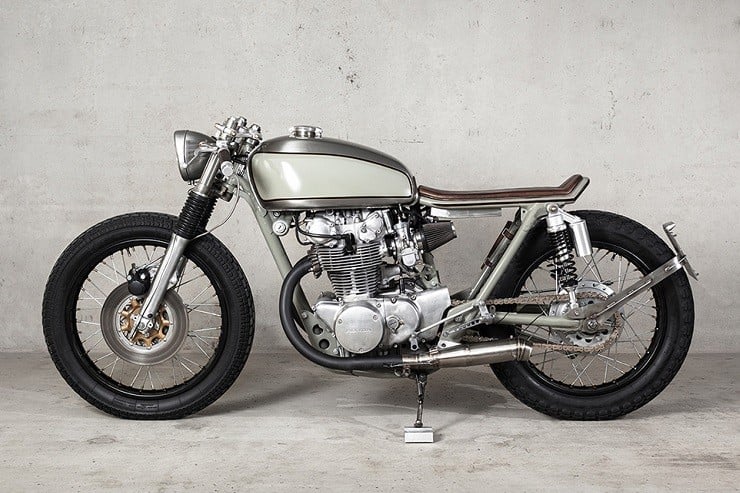 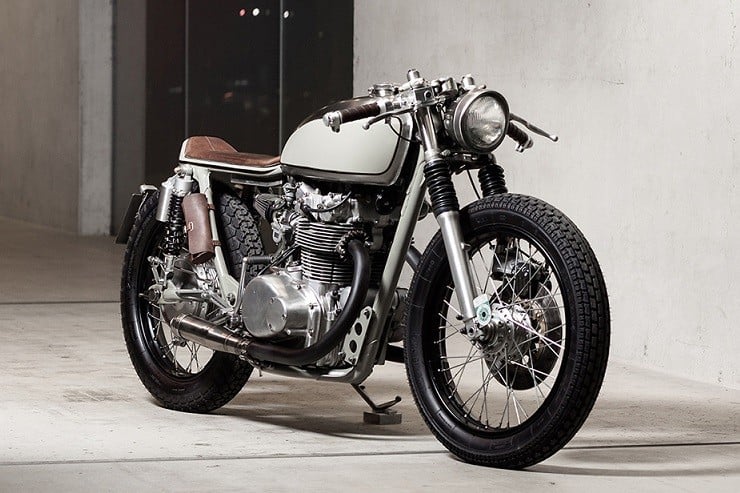 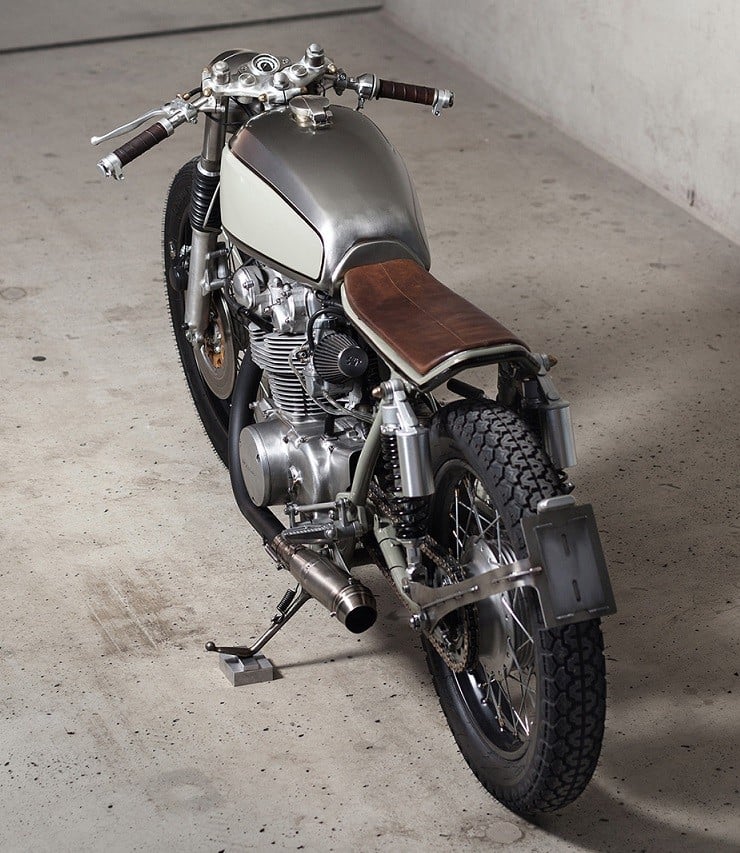 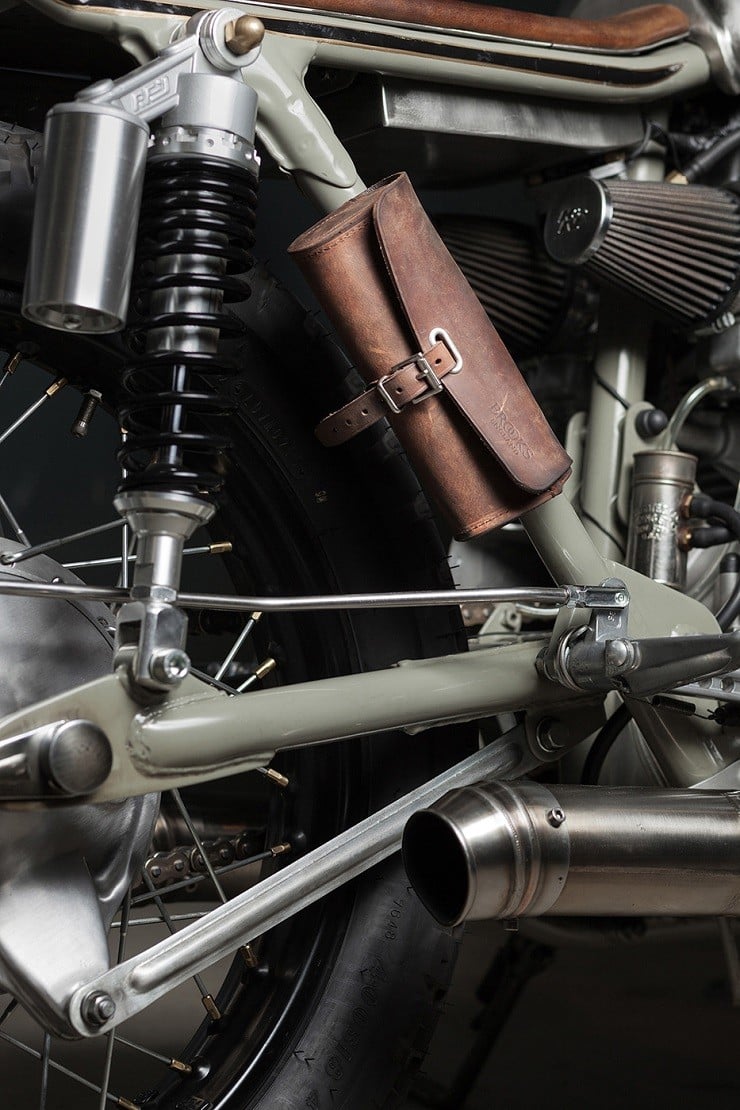 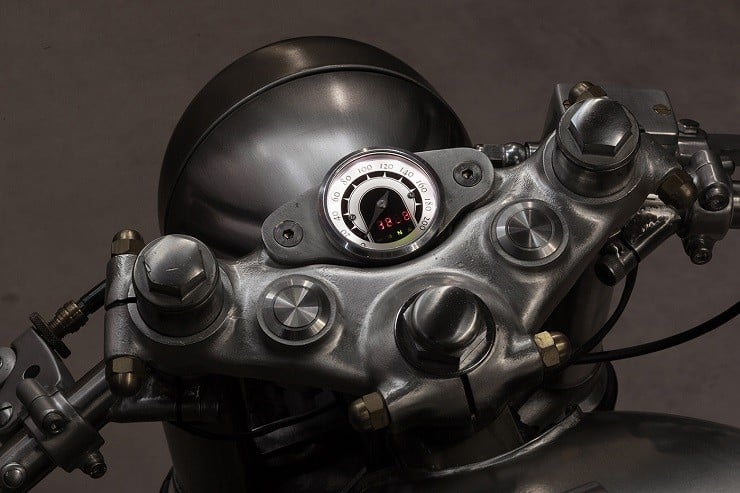 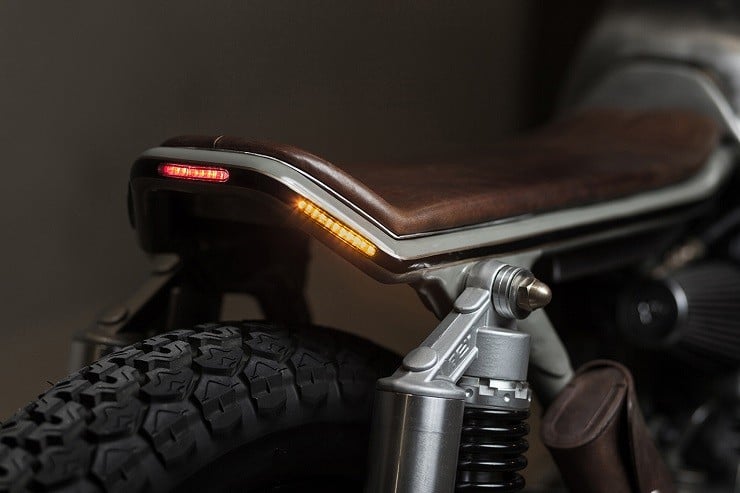 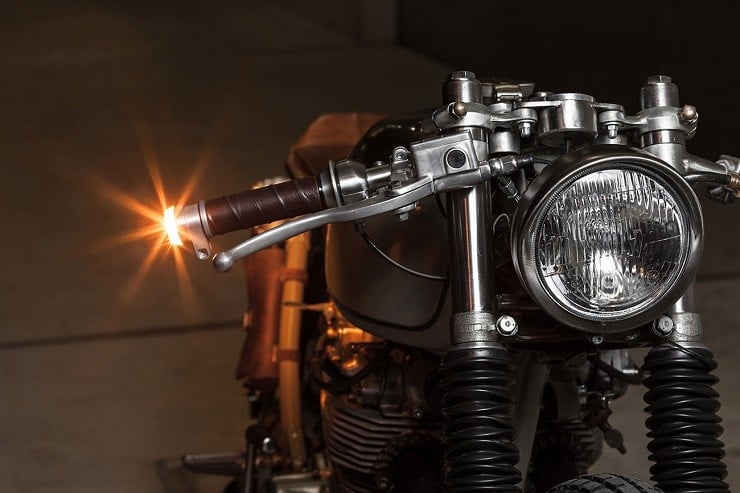 Here we have a mix of old-school charm with a modern mod – the 1977 Suzuki Jimny Rat Rod -- a unique and thrilling concept by Leo Esteves.

The 2021 Genesis G80 shows us what luxury should look like

The 2021 Genesis G80 is practically the definition of luxury on four wheels and Hyundai's sub-brand shows us how.

The 2021 Mustang Mach-E GT promises a range of 250 miles on a single charge. Its all-electric powertrain produces 480 horsepower with 600 lb-ft of torque.

According to the folks working on the Bugatti Bolide, the roof intake scoop houses a cool secret. The material can apparently morph its surface texture.

The National Hot Rod Association (NHRA) certifies that the 2021 Dodge Durango SRT hellcat can complete a quarter-mile run in 11.5 seconds.