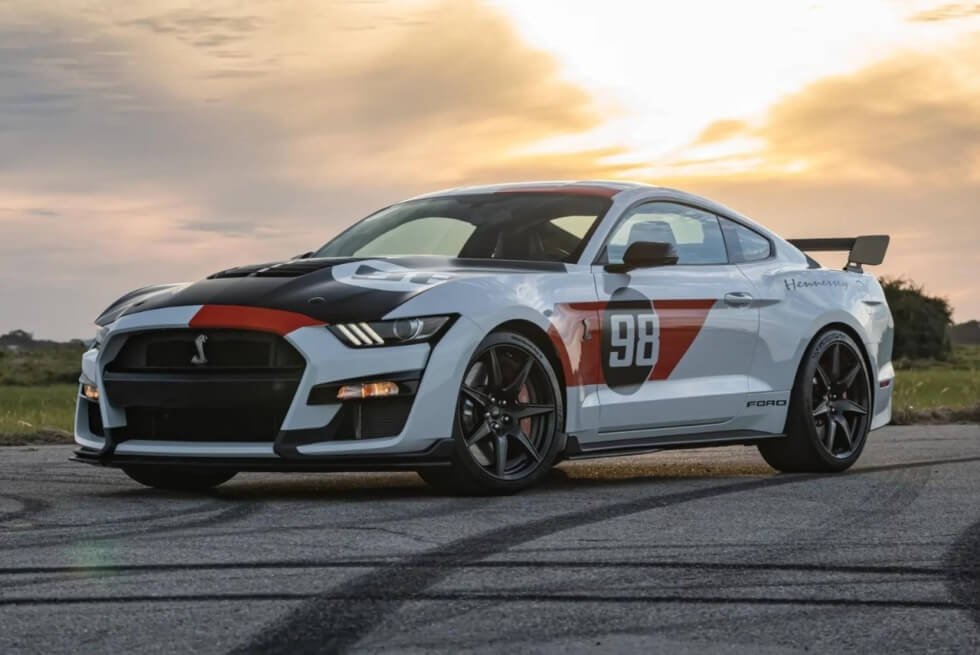 You just know it’s bound to happen sooner or later and now it’s here. Hennessey Performance is taking a Ford Mustang GT500 and endowing it with its signature suite of upgrades. Calling it the Venom 1200, they’re saying it is “one of the most powerful Mustang variants” on offer. Judging by the spec sheet, this modern pony car is a beast.

When you’ve been covering launches from the Sealy, Texas-based aftermarket tuning specialist, we’re looking at hypercar levels here. The stock version of the muscle car touts an already impressive output of 760 horsepower and 625l lb-ft of torque. This equates to a 0-60 mph sprint of 3.4 seconds. If you’re Hennessey Performance, those are rookie numbers.

As such, they’re going to town on the engine and boosting it beyond what Ford is capable of. The Venom 1200 receives a series of in-house modifications. These include a 3.8-liter supercharger, a heavy-duty supercharger belt, a high-flow induction, high-flow fuel injectors, anodized billet fuel lines, a heavy-duty tensioner, and an air/oil separation system.

Overall, this selection of tweaks allows the Ford Mustang GT500 to produce 1,204 horsepower at 7,600 rpm and 902 lb-ft of torque at 5,200 rpm. Apart from the jaw-dropping performance, Hennessy Performance exterior badging, Venom 1200 badging, an exclusive serial number plague, and an optional 1966 24 Hours of Daytona livery adorn the vehicle.

The shop plans to build on 66 examples of the Venom 1200, which means interested parties should reserve theirs now. Each unit undergoes extensive testing on the road and chassis dyno tuning. Moreover, as an assurance of quality work, Hennessey Performance backs it with a one-year or 12,000-mile limited warranty. We can only dream of being behind the wheel of this bad boy. Hyundai Ioniq 6: An Electric Sedan That Will Compete Against Tesla’s Model 3

The Ioniq 6 is not only emission-free, but also uses sustainable materials like bio-paint, eco-processed leather, and recycled fisher net carpets.