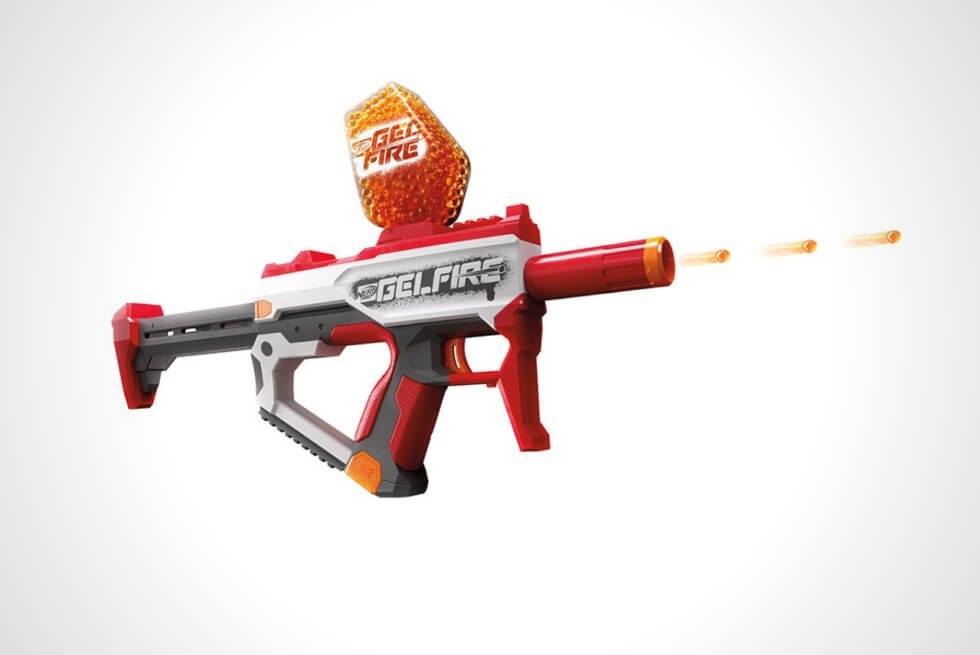 For years, Hasbro’s NERF lineup has supplied us with toys that shoot projectiles that are supposedly safe for play. Their plastic weaponry uses foam-based ammunition ranging from darts to balls. To keep up with the ever-changing demands of kids and adults everywhere, the company announces the Gelfire Mythic. This new line marks another major shift.

Marketed under its NERF Pro label, it’s the toymaker’s take on hydrogel blasters, which have skyrocketed in popularity. While the foam darts and balls were already great, some balked about the range and accuracy. With tough competition from the likes of Spyra which employs a proprietary system to shoot water bullets.

The Gelfire Mythic ships with a rechargeable battery, 10,000 hydrogel pellets, protective eyewear, and the blaster itself. Design-wise, the main body looks like every other NERF weaponry. The bright orange tip on the barrel denotes that it’s for recreation. There’s only one colorway for now which is red/gray/white/orange.

Instead of a magazine, it comes with a hopper that can hold up to 800 of the absorbent polymer rounds. Switch between auto or semi-auto firing via a dial close to the extendable stock. A built-in grip helps keep your aim steady for accurate shots. It fires these at high velocity which equates to precision and range.

We’re not entirely sure if it’s compatible with other hydrogel pellets. If not, then you need to source it directly from Hasbro. These are single-use ammunition that burst upon impact. It’s currently unclear if the material is biodegradable, but most modern offerings in the market claim to be. Let’s hope more models after the NERF Pro Gelfire Mythic are on the way. ASUS is yet to nail down a release date for the ROG Raikiri Pro, but its features and design should make it a must-have for gamers

Arkonik Partners With Traxxas For The 1:10 R/C Land Rover Defender To Match Their Builds