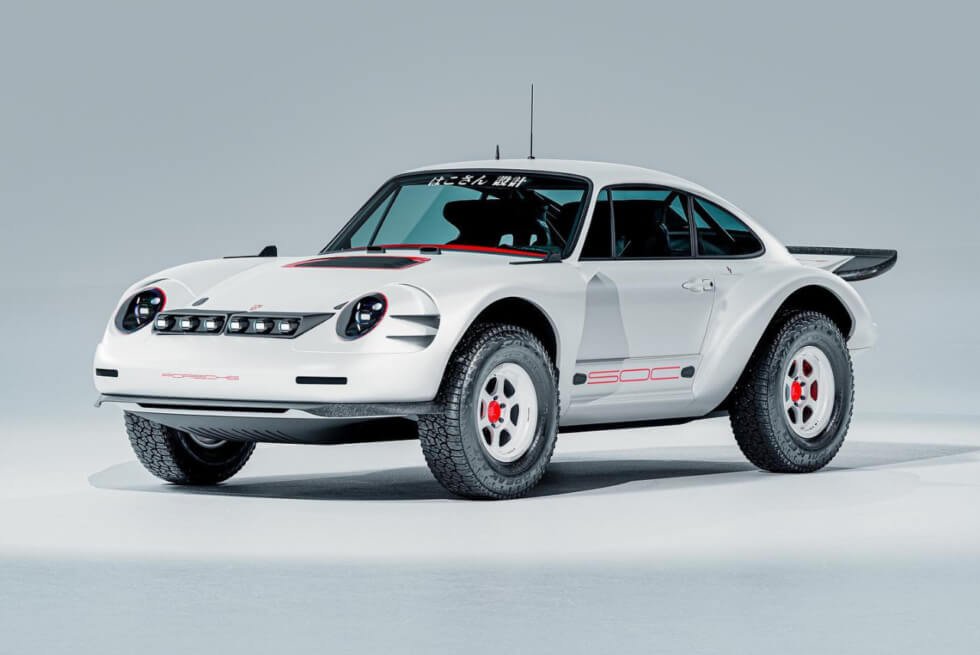 There are artists who can create lifelike images with nothing but their skills, tools, paint, and a blank canvas. Meanwhile, modern technology is now unleashing the capabilities of automotive designers as they take their work from 2D to 3D. Take a look at this Super Off-Road Challenge Concept from Hakosan Design. It looks so realistic enough to drive!

This beautiful machine counts on a Porsche 993 as the donor, which then receives a wealth of upgrades. As you can already tell by the name and presentation, this bad boy is ready for the long haul. Even at just a standstill, the Spanish studio’s Luis González manages to make it appear dynamic.

Many point out that the Super Off-Road Challenge Concept draws inspiration from the All-Terrain Competition Study by Richard Tuthill and Singer Vehicle Design. The latter’s aesthetics and capabilities were also from Porsche’s 959 rally racer which conquered the Dakar rally.

However, Hakosan Design’s work is more than just rugged good looks. As per the artist, the Super Off-Road Challenge Concept ditches its traditional powertrain for a more sustainable setup. The 911 now packs a 1,000-horsepower all-electric system sourced from an Extreme E race car.

Notable design changes include an LED lightbar assembly and vents on the hood. Hakosan Design is also flaring the fenders more and fitting bigger wheels with off-road tires. Since the combustion engine is no longer there, the rear compartment has been repurposed to hold one chunky spare wheel and tire.

Meanwhile, the interior has been revamped to give the Super Off-Road Challenge Concept a futuristic appeal. There’s a new steering wheel and a digital instrument display. Another screen faces the co-driver while another display sits in the center just below the dash.

Check out more from Hakosan Design 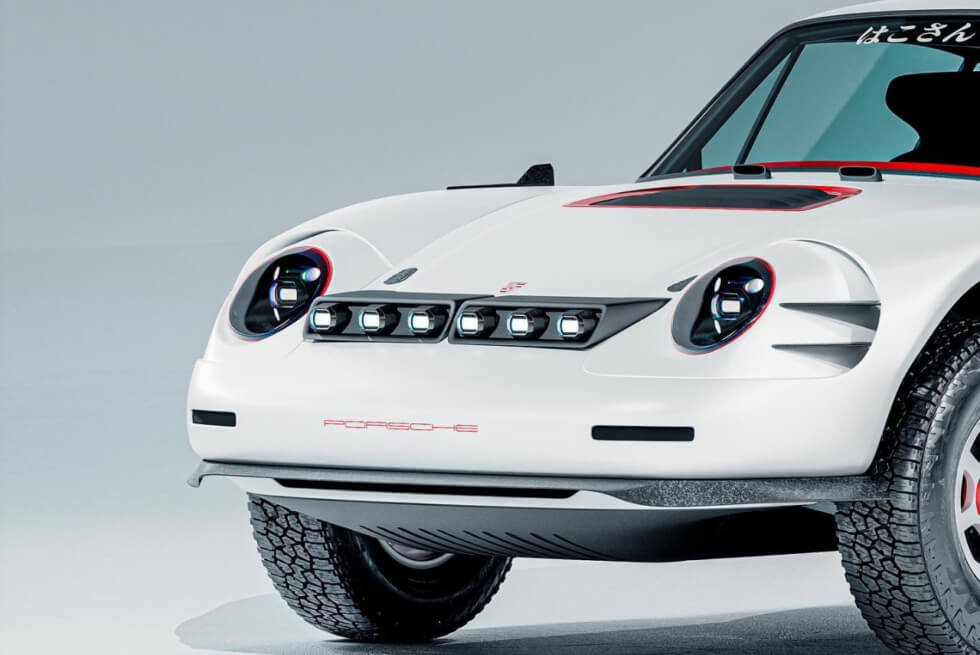 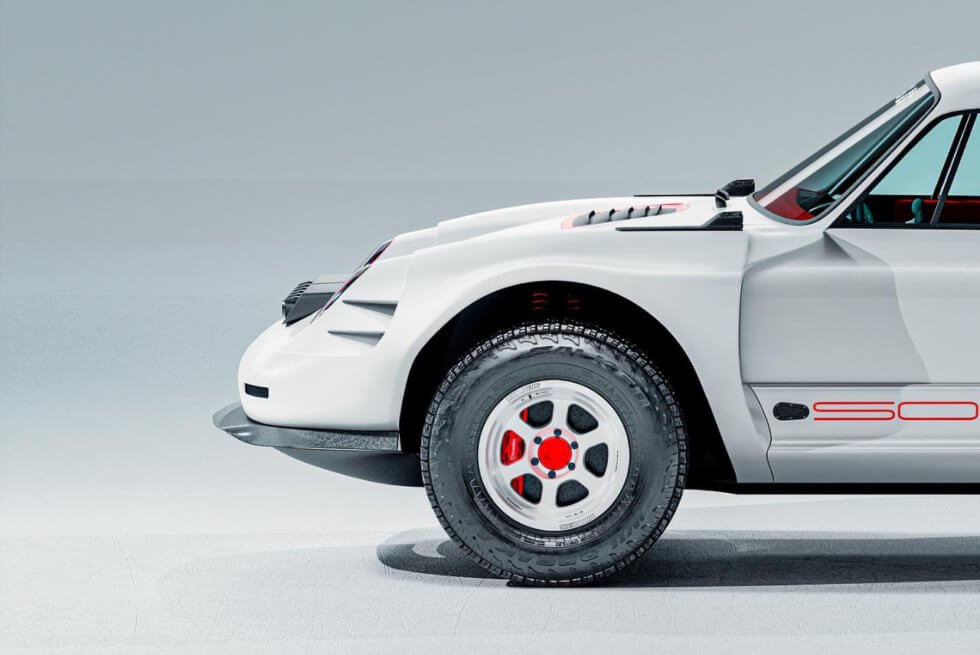 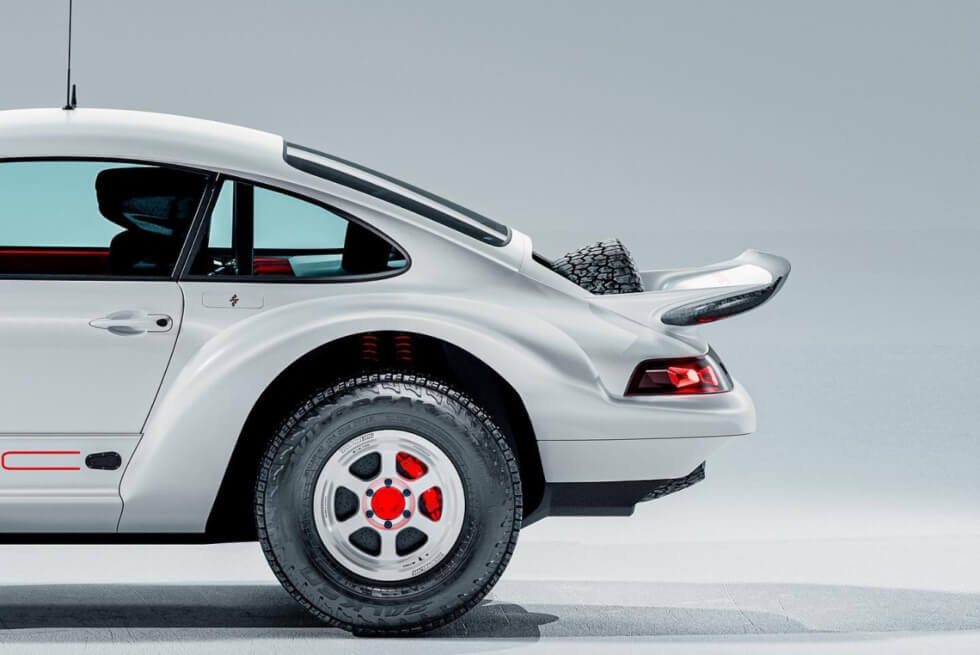 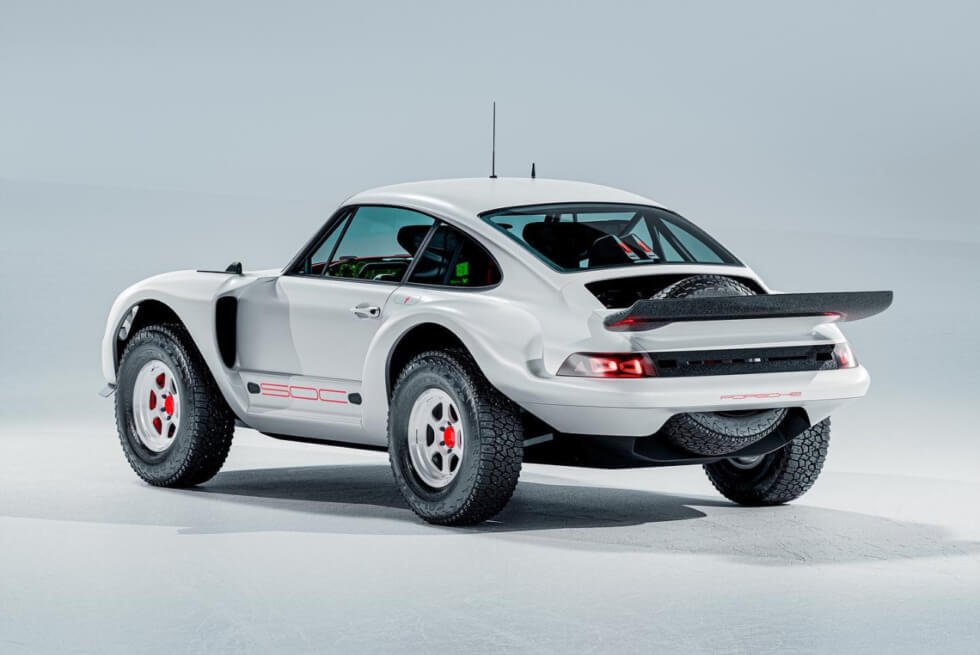 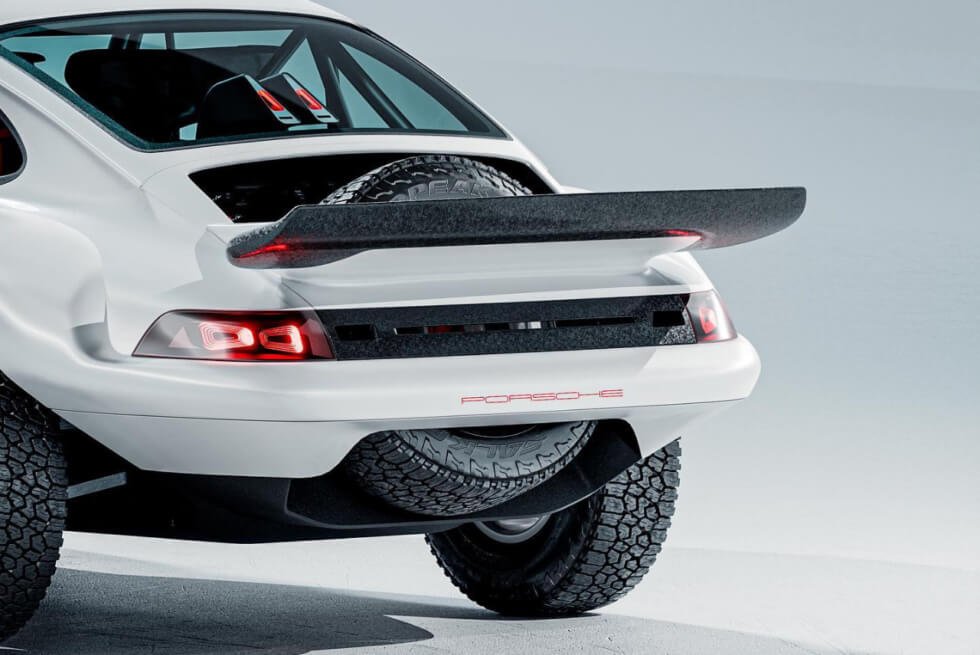 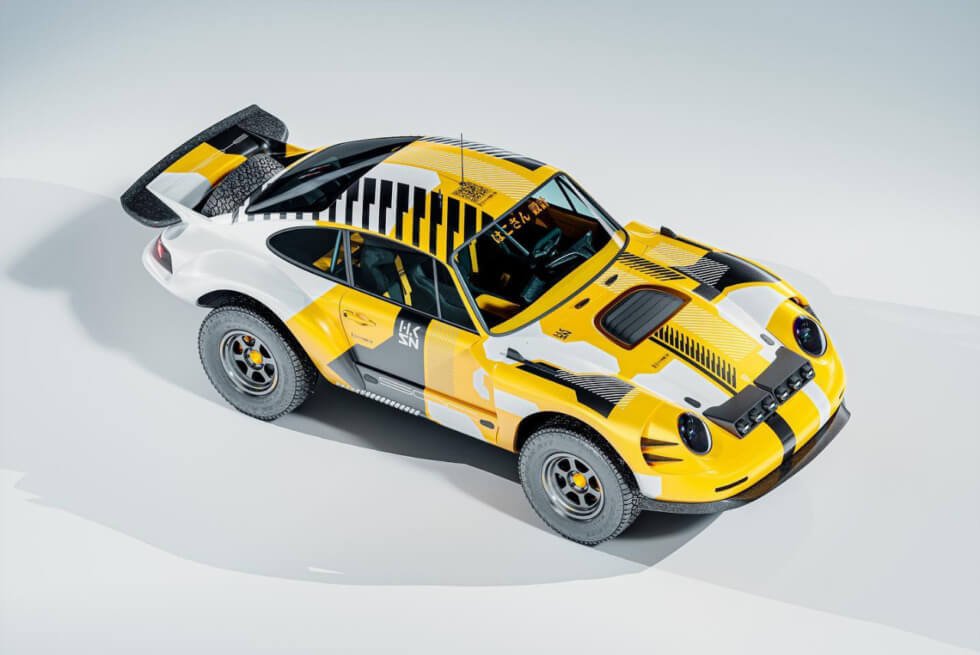 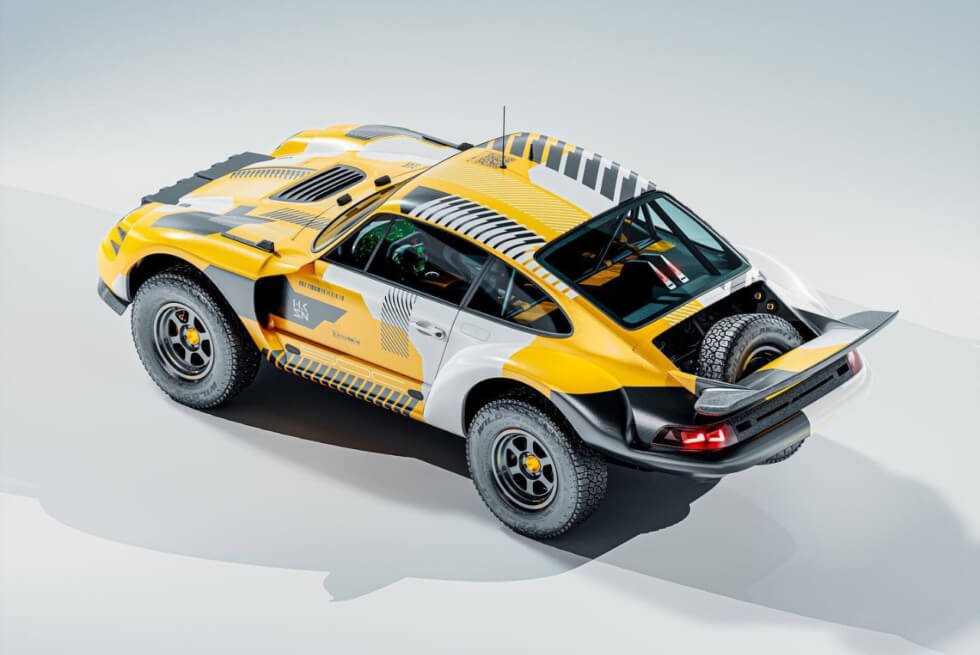 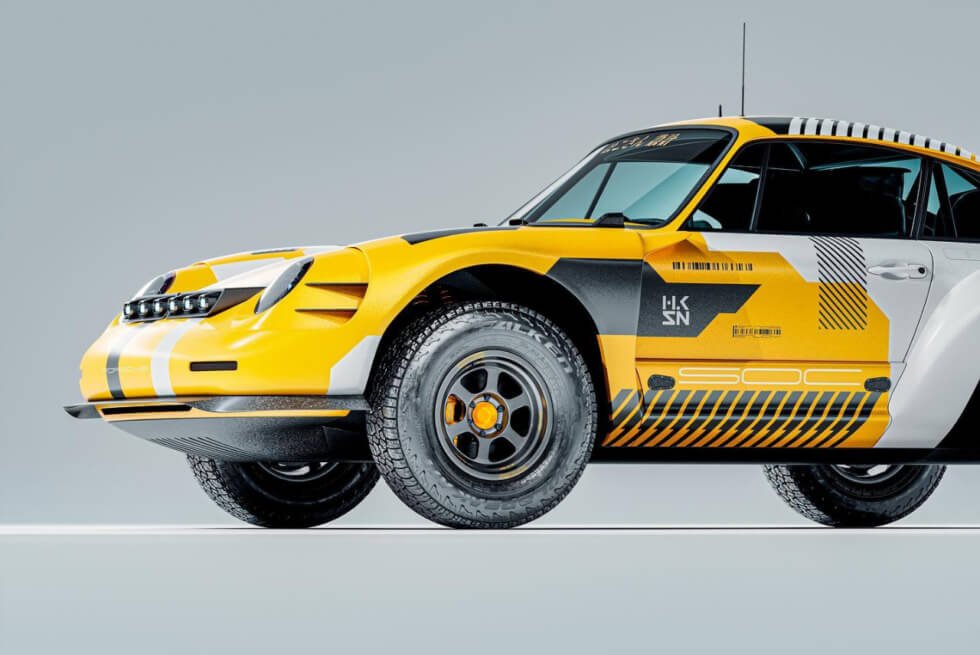 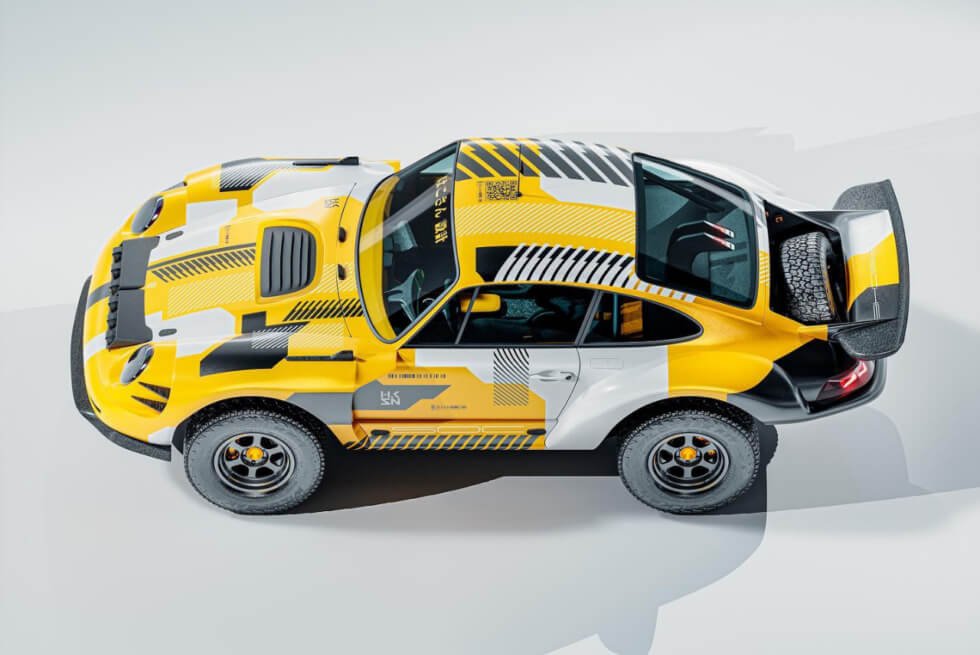 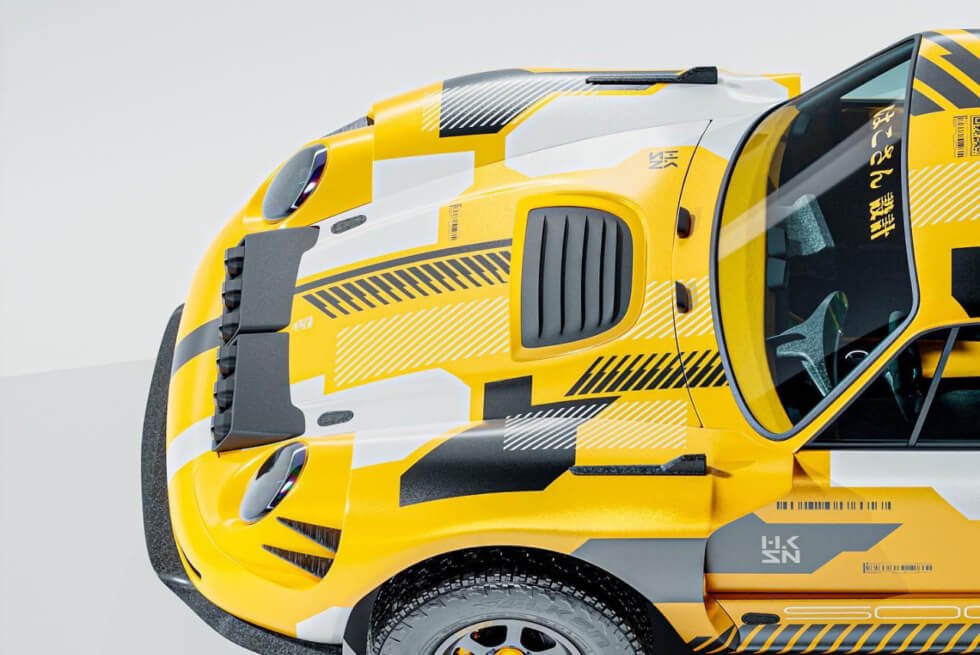 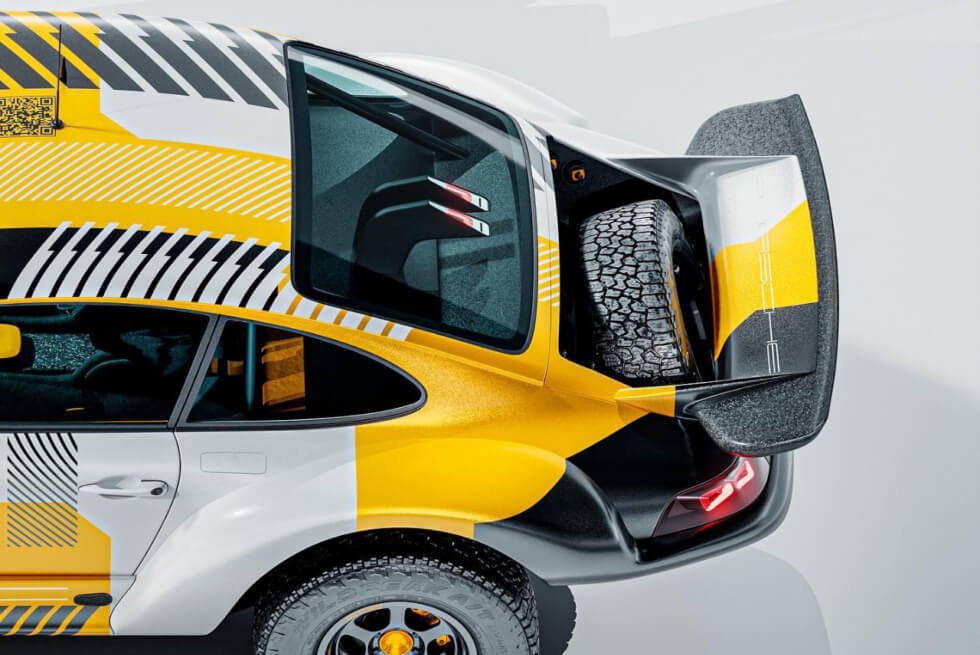 The SUNLIGHT CLIFF 4x4 Adventure Van also features a mobile shower, a freezer, and a removable JBL Bluetooth speaker, among others.