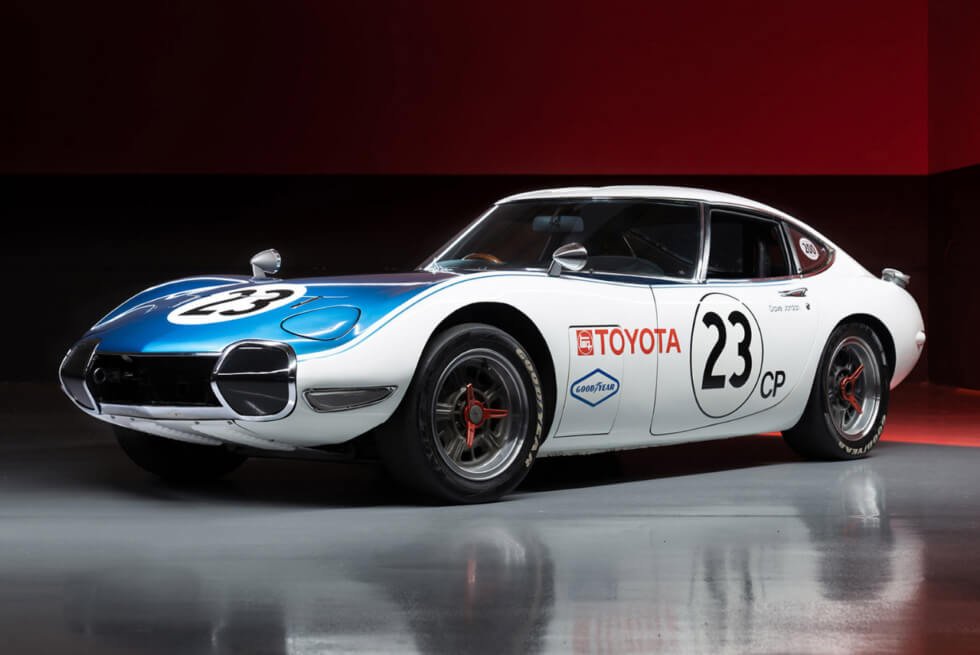 The auction block is heating up this year with some of the rarest rides out there. So far, we already covered a few of them, but Gooding & Company may just have a vintage machine that collectors would kill for. Ahead of their Amelia Island auction on March 4, 2022, they unveil a 1967 Toyota-Shelby 2000 GT.

What is even more desirable for enthusiasts is the fact that it is chassis number MF10-10001. This makes it the first of three built and tuned by Shelby to compete in the SCCA C-Production races. Since then, the vehicle was in the hands of Toyota Motor Corporation for promotional purposes.

Its last notable public appearance was at the 2004 Goodwood Festival of Speed. Not only was it there for show, but the 1967 Toyota-Shelby 2000 GT also saw action on the tracks. At first, the coupe is outfitted with a 148-horsepower 2.0-liter inline-six engine from Yamaha.

Chassis numbers MF10-10005 and MF10-10006 were the primary entrants, while MF10-10001 was the backup. This 1967 Toyota-Shelby 2000 GT was originally in Solar Red but now touts a white coat with racing liveries across its sleek body. Gooding & Company certainly has a gem on its hands.

If you’re not intimately familiar with the legendary Caroll Shelby’s exploits, it’s easy to assume that his shop exclusively caters to American marques only. Given the man’s love for muscle cars, nobody thought that he would slap his name on a Japanese vehicle. Nonetheless, many consider the 1967 Toyota-Shelby 2000 GT as one of his most outstanding works.

If the skeletal rigid frame of this BMX-inspired moto from AFC Custom Bikes is not odd enough, it even rides on actual car spare wheels.