The Top Gun and Top Gun: Maverick movies both showcase awesome aircraft and thrilling dogfights. Although the fighters are what really drives the action, there are scenes that showcase something just as cool but on land. We’re guessing the guys over at FTG Moto are big fans of Lt. Pete “Maverick” Mitchell after unveiling the ProjectZ.

Aviation may be the dominant theme of the first and second installments, but the films also give the audience glimpses of Kawasaki’s Ninja sport bikes. We have the Ninja GPZ900R and the Ninja H2 Carbon in order of appearance.

As a classy tribute to the two machines, the Italian custom motorcycle group handcrafts a bespoke build that combines elements from each model. FTG Moto starts with a Ninja GPZ900R which it then takes apart. During the reassembly process, it integrates parts from the Ninja H2 Carbon.

Among those that it augments to the ProjectZ include the seat, carbon fiber tail section, five-spoke rims, and single-sided swingarm. The chassis likewise features a custom subframe to ensure that everything fits seamlessly. As for the liquid-cooled 908 cc inline-four of the donor bike, it welcomes a Rotrex supercharger.

FTG Moto equips a custom bracket and pulley system to ensure everything works smoothly. Up next is the stainless-steel underslung exhaust which ends with an HP Corse muffler. With these add-ons and some expert tuning, the ProjectZ now outputs beyond the original 108 bhp.

What follows are some upgrades to the forks and brakes, which are essential given it’s a more powerful beast this time around. FTG Moto uses Motogadget electrical components for the Project Z. Finally, they finish it off with a black/red coat with white pinstripes and custom decals. 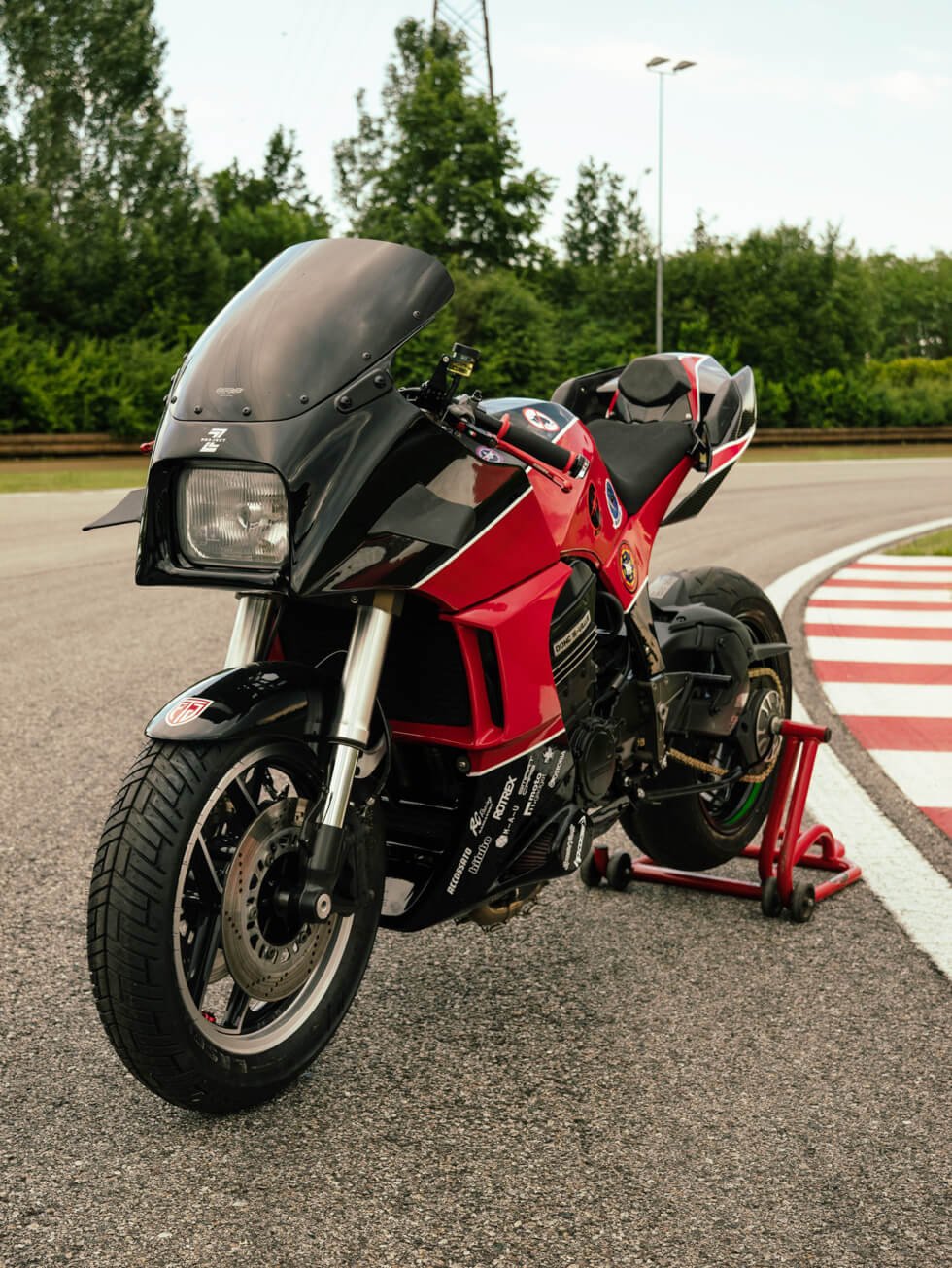 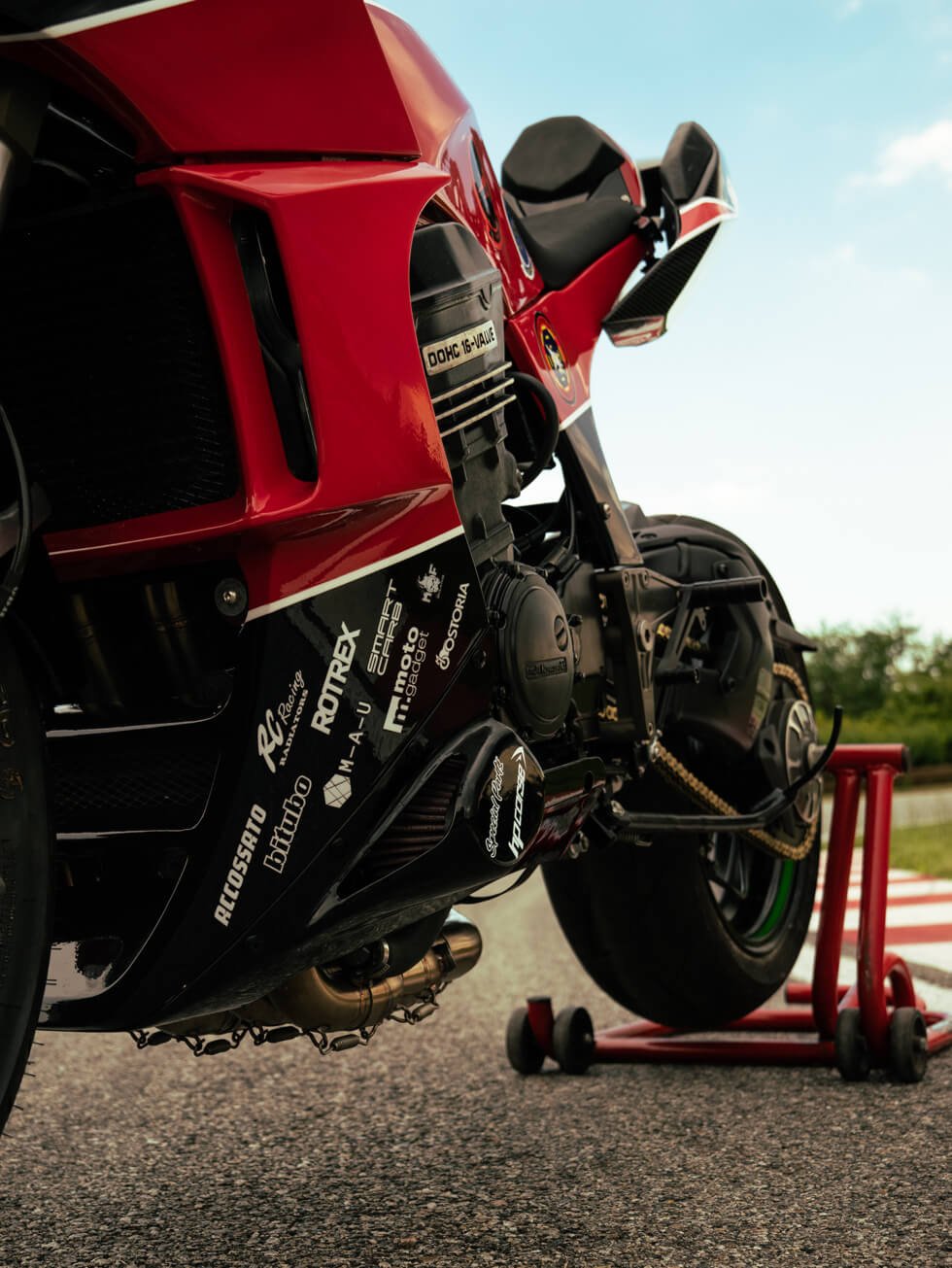 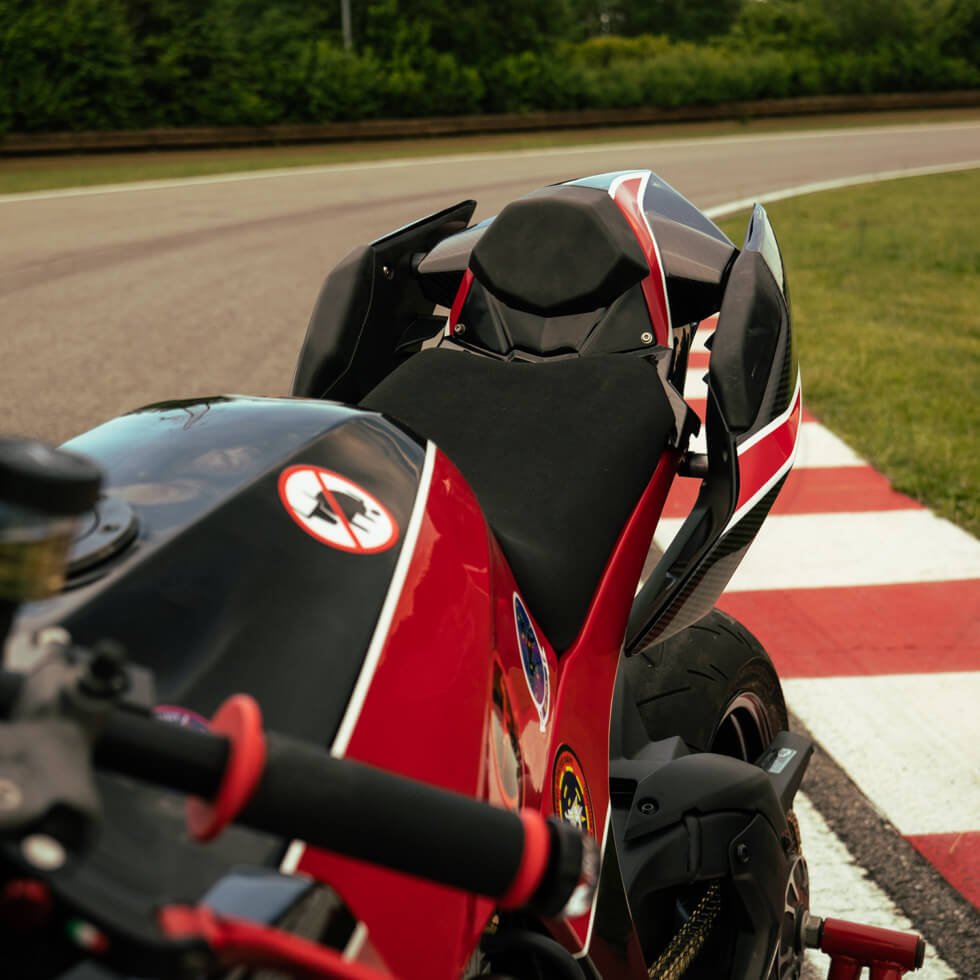 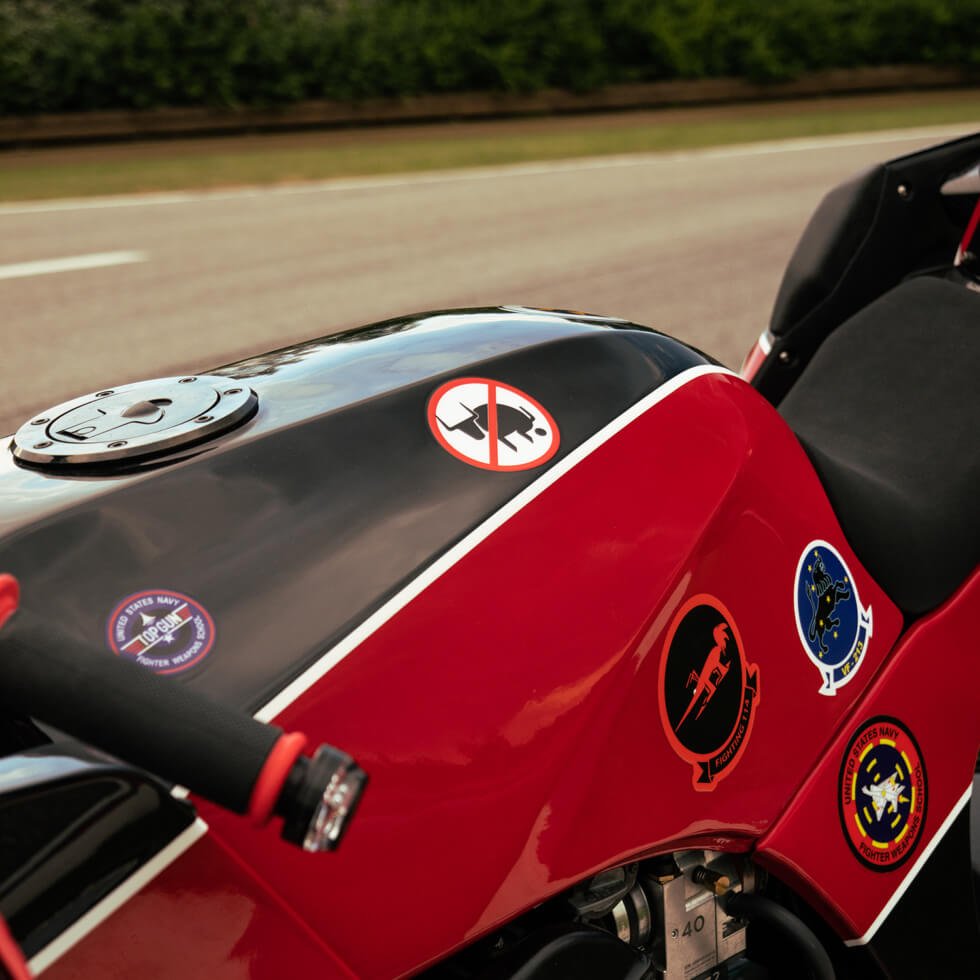 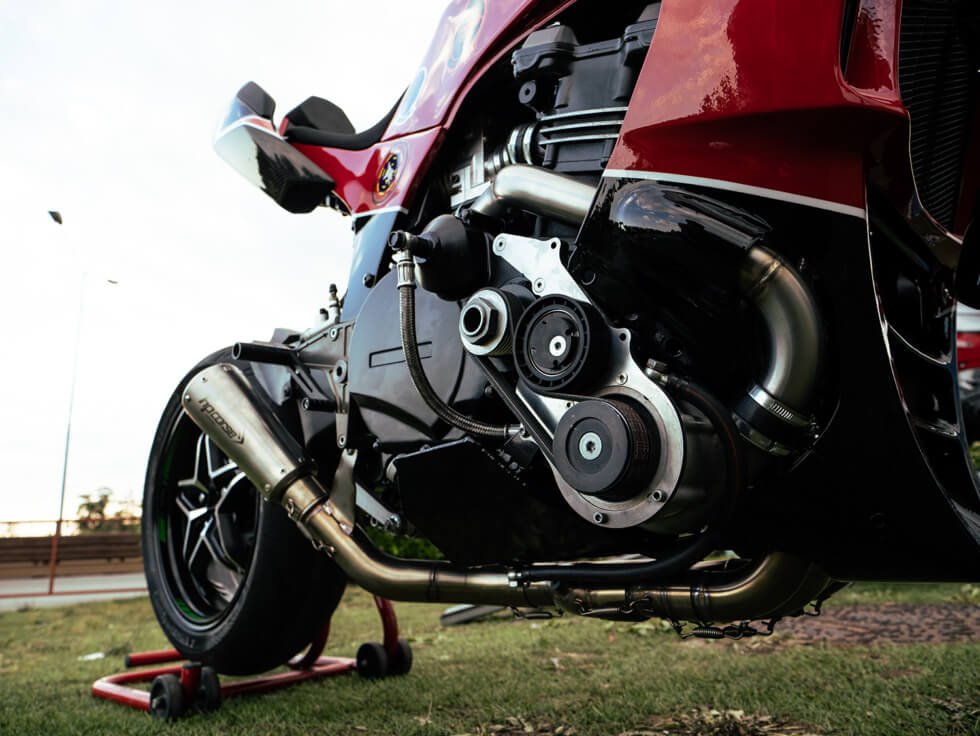 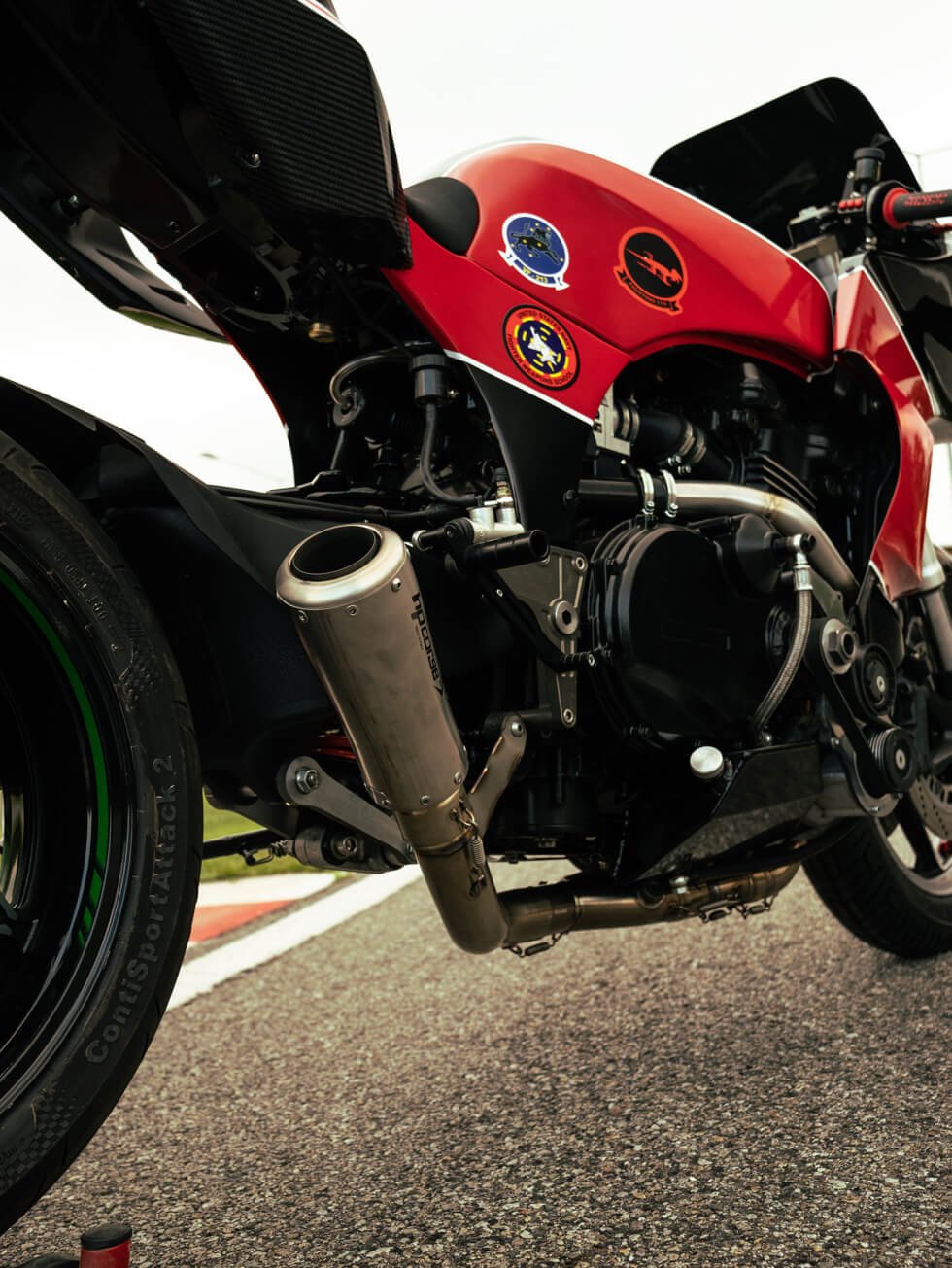 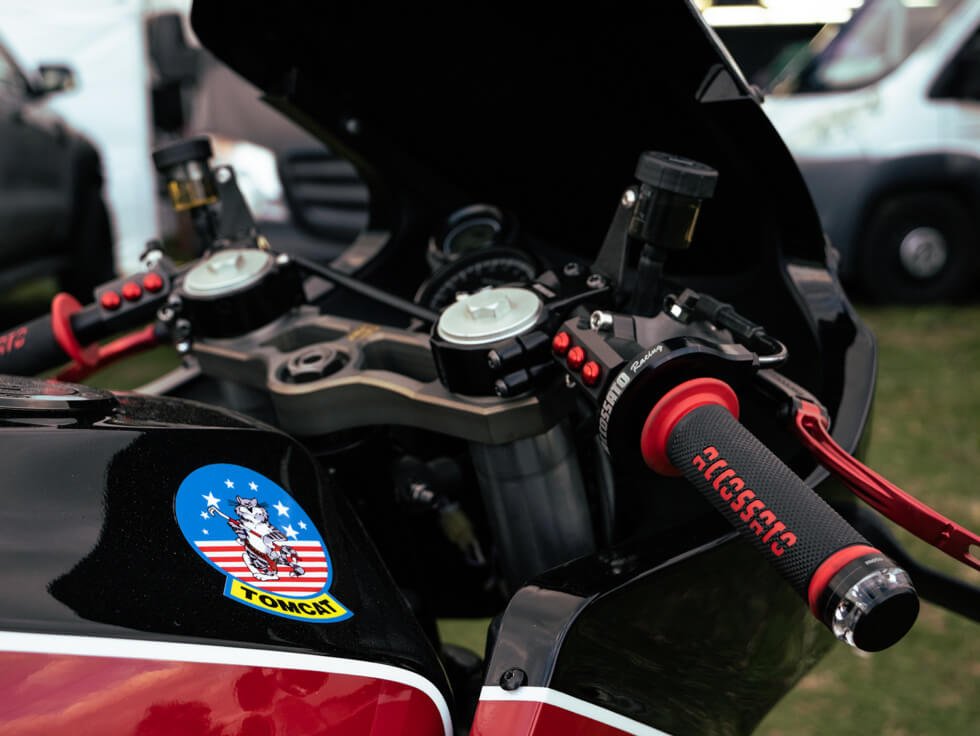