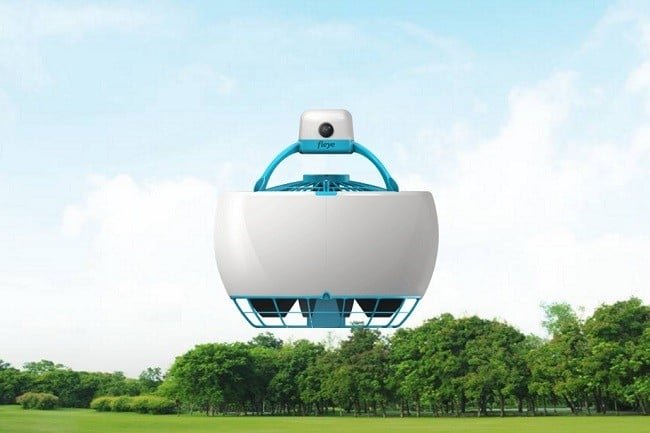 Most drones you can buy today have quite a few week points: they require a learning curve to operate, they often crash and break down, and they can harm the living creatures standing in their way. The autonomous Fleye Drone ($700) aims to fix these flaws, being advertised as the “world’s safest drone.”

Featuring a protective spherical design which shields the propellers and its components, Fleye can be touched, pushed, and even bumped into, while in flight, without any risks of injuring yourself or breaking the drone itself. Three autonomous flying modes can be selected, including the Selfie (backs up to a given distance), Panorama (goes to a given altitude and rotates 360°), and the Hover mode (hovers in place with 10cm precision), all of which are set to take shots and videos (1080p at 30 fps) from different angles, via a built-in 5 Mpx camera.

The drone can also be controlled manually using a smartphone app, and if you’re a techie, you can program this thing to perform fully autonomous tasks. Fleye packs an on-board computer (512MB of RAM, running on Linux), has two open APIs, and can fly for 10 minutes at 10 mph. 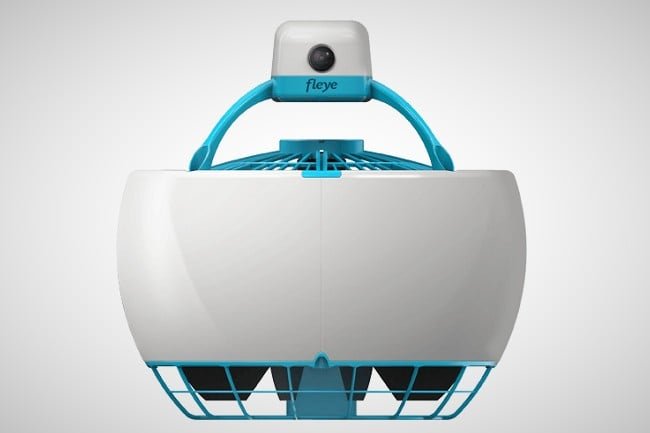 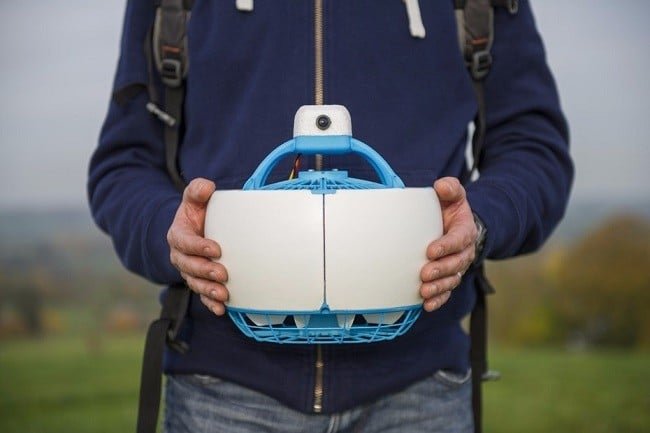 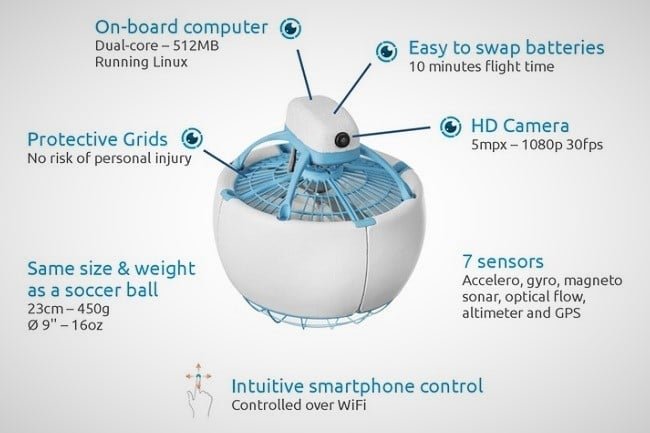