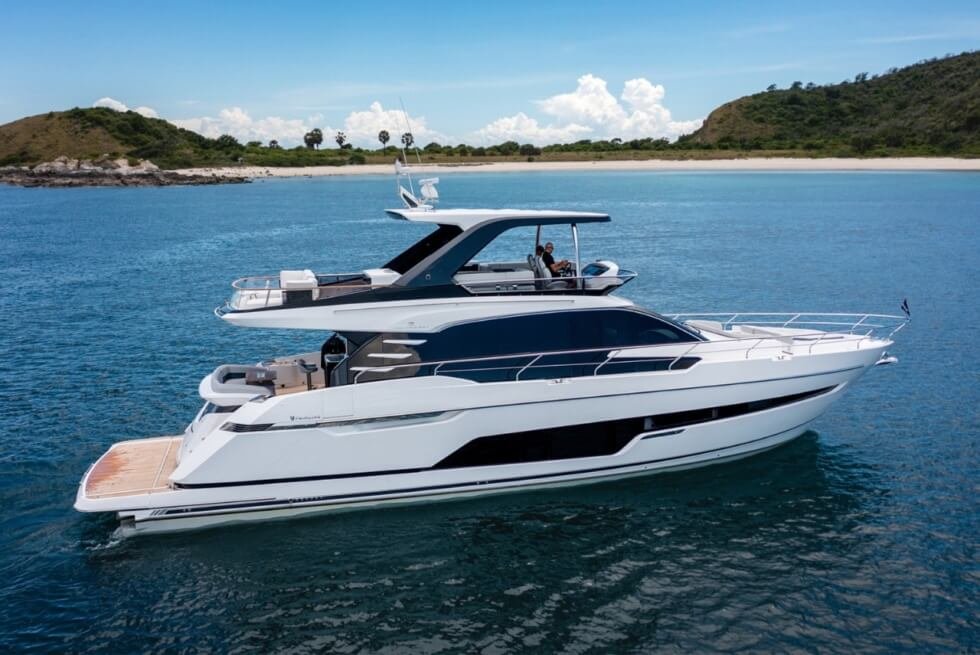 Motoring enthusiasts were treated to a stellar show at Monterey Car Week 2022. Now that it’s over, we have another major event next month. The Cannes Yachting Festival is kicking off in a little over a week and tidbits of upcoming reveals are now hitting the internet. Here we have Fairline as it teases what you can expect from the upgraded Squadron 68.

Surprisingly, there are reports that the first new-generation vessel is already out at sea in Asia. Perhaps the client was just so eager to have his order delivered ahead of the official launch. Meanwhile, Fairline says Simpson Marine will handle the logistics for the monohull that will be on display during the festivities.

The revamped silhouette is slated to debut alongside the British shipbuilder’s Phantom 65. According to company CEO Paul Grys, “having taken onboard feedback from customers to further improve the Squadron 68, we’re confident buyers will fall in love with it as much as we have.”

Among its noticeable tweaks are the flybridge hardtop and glazing on the hull. The latter is more about cosmetics, so let’s dive right in and find out what the new roof brings to the table. The slatted sunroof of the older-generation Squadron 68 is out and in its place is a sliding fabric system.

Fairline’s clients can also choose between a motorized sunshade or sky canopy to cover the aft section of the flybridge. Meanwhile, the foredeck presents another social space with more seating and a sky bimini for some shade. Next is the hydraulic swim platform of the Squadron 68, which can also double as a loading dock for a Williams TurboJet 325. More details will follow in September. 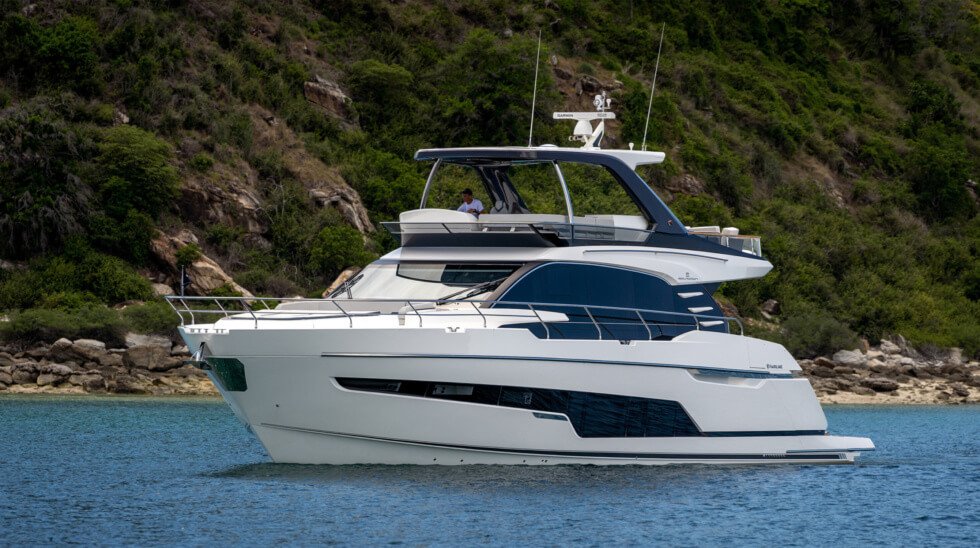 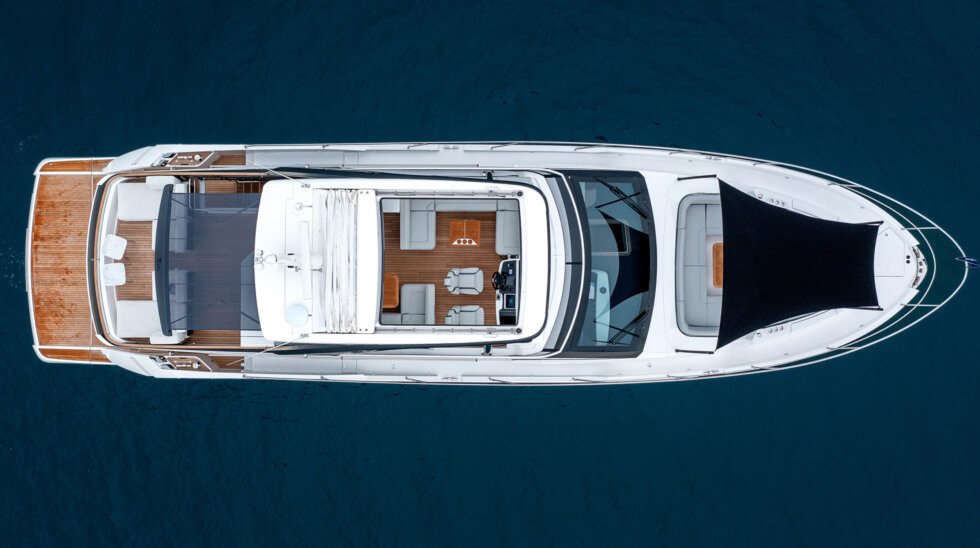 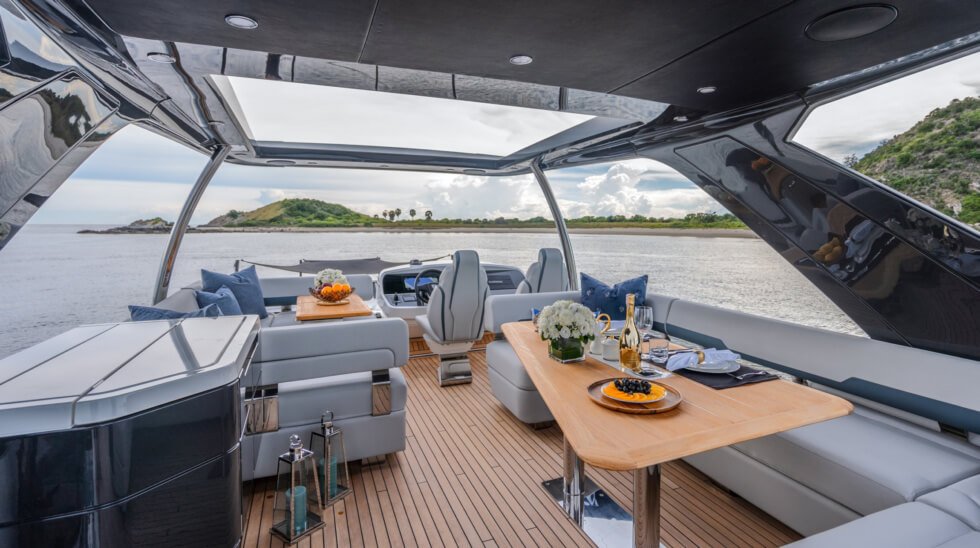 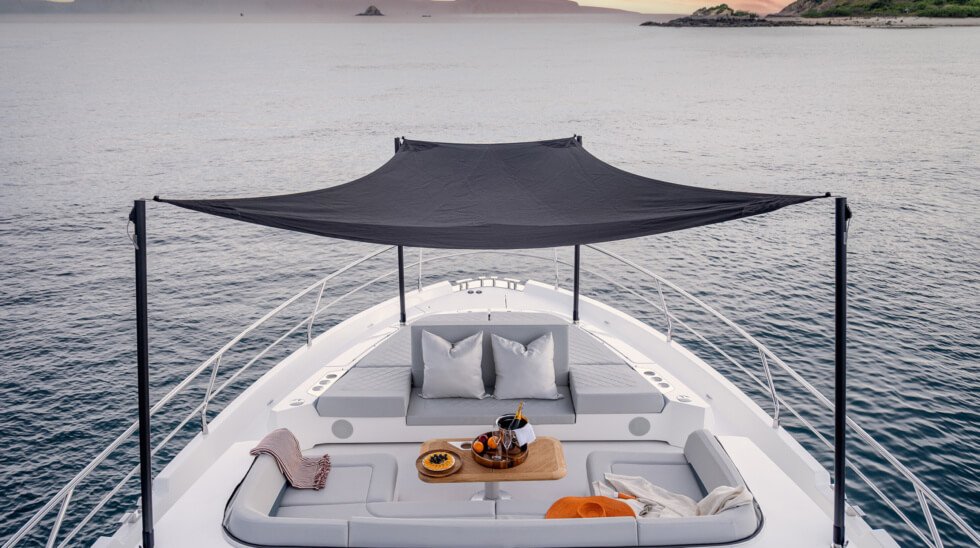 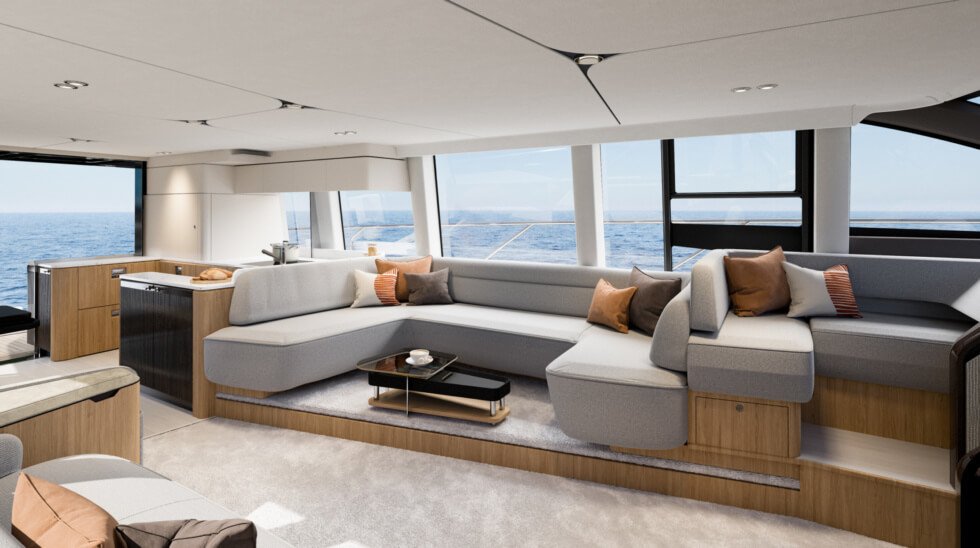 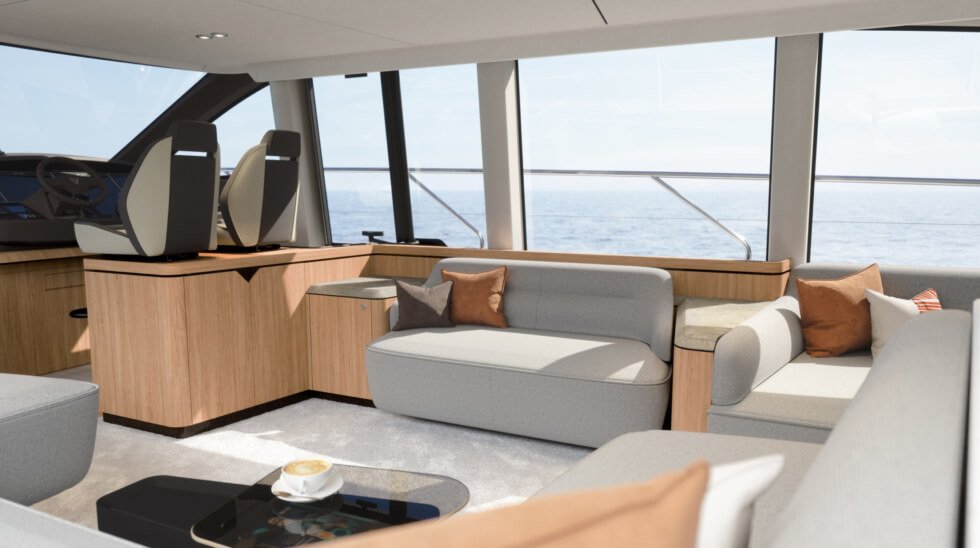 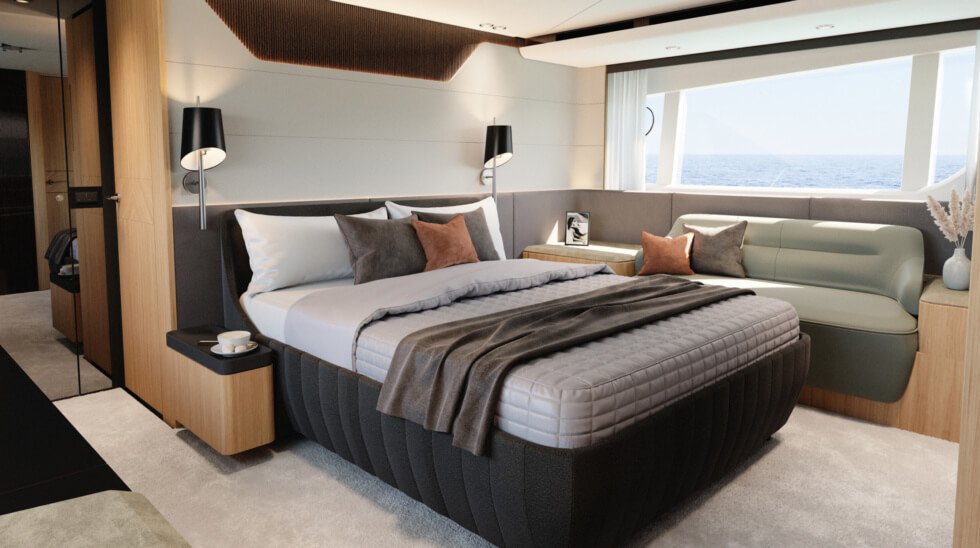 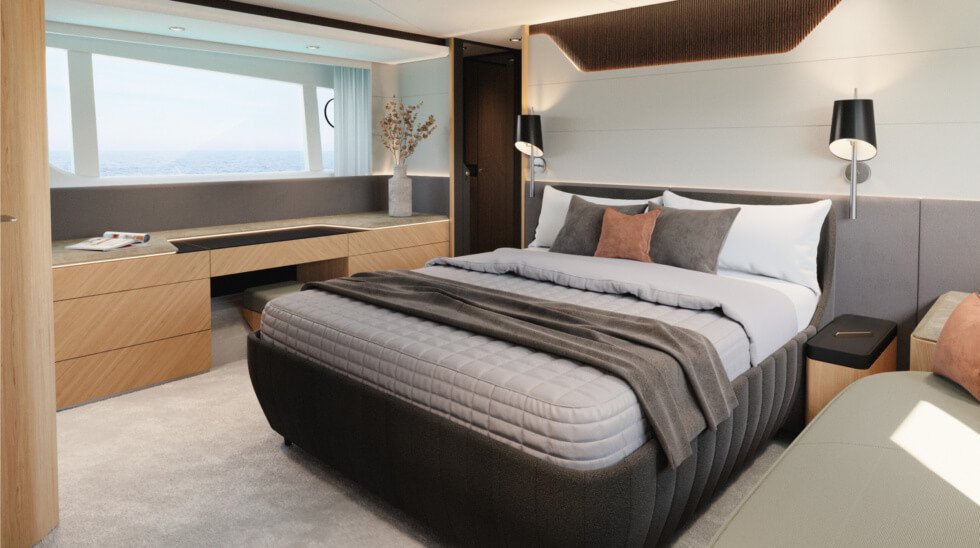 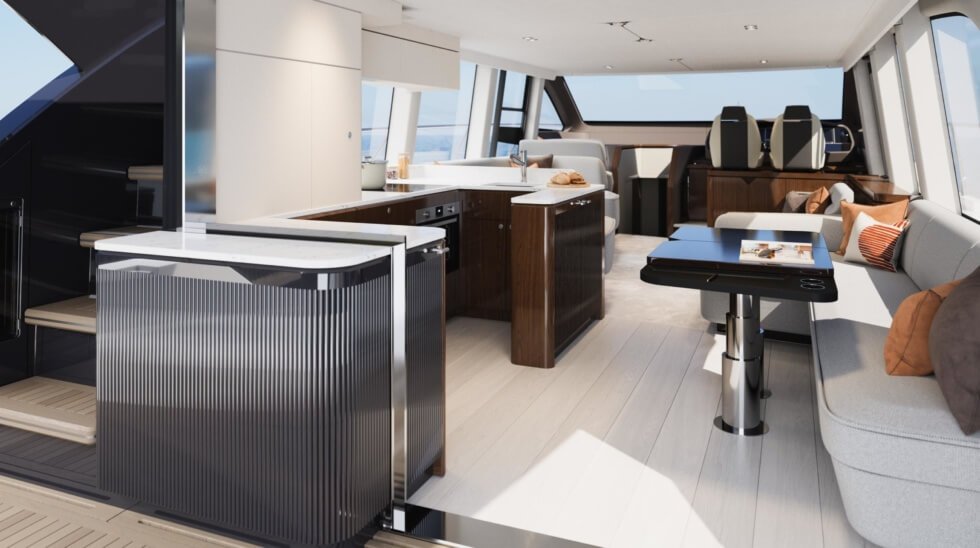 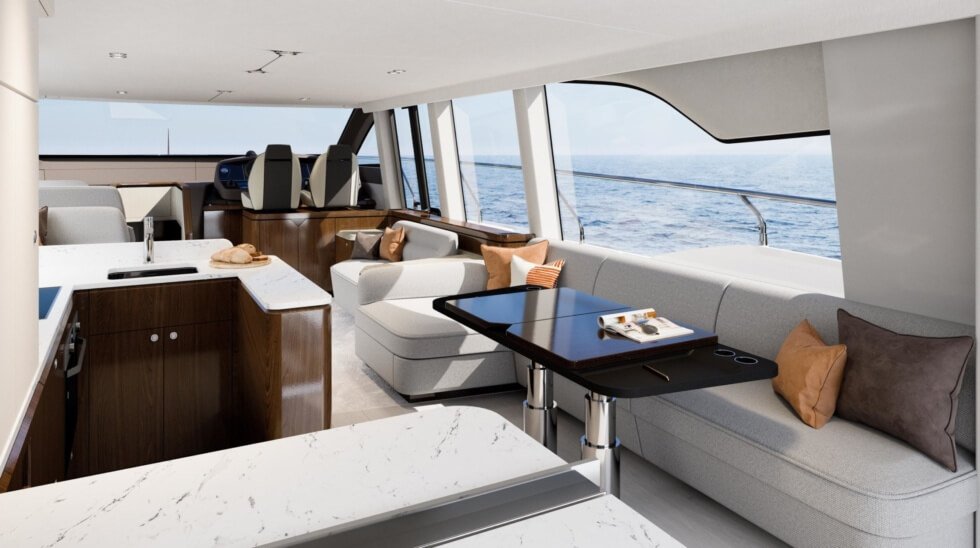 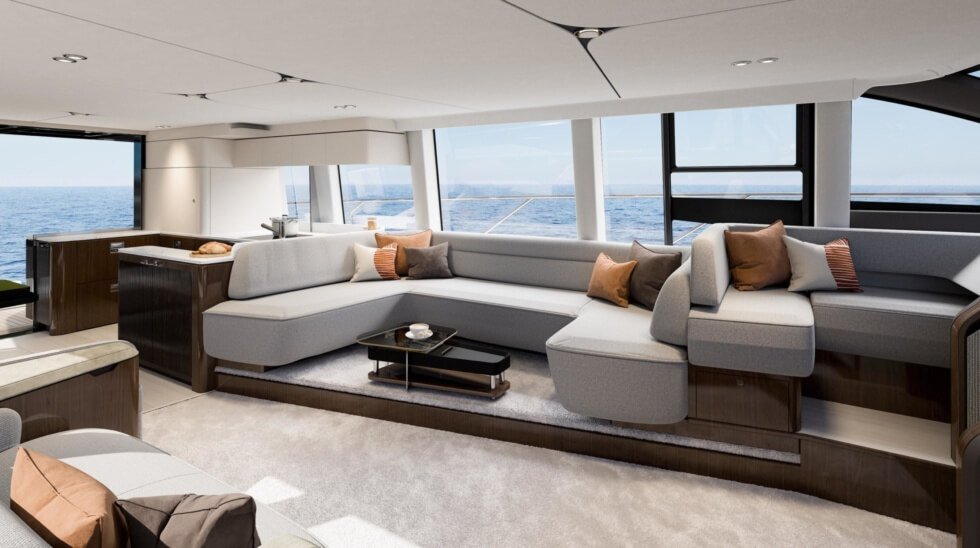 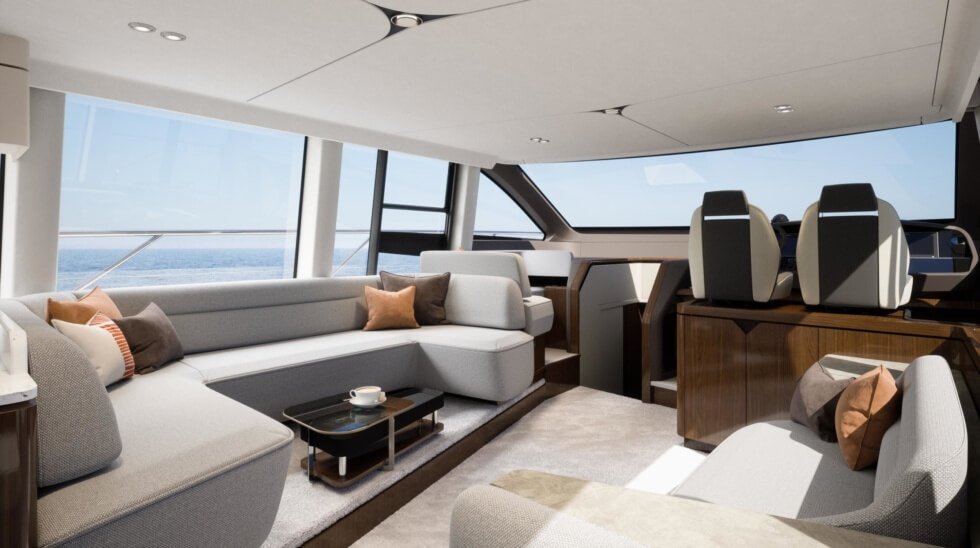 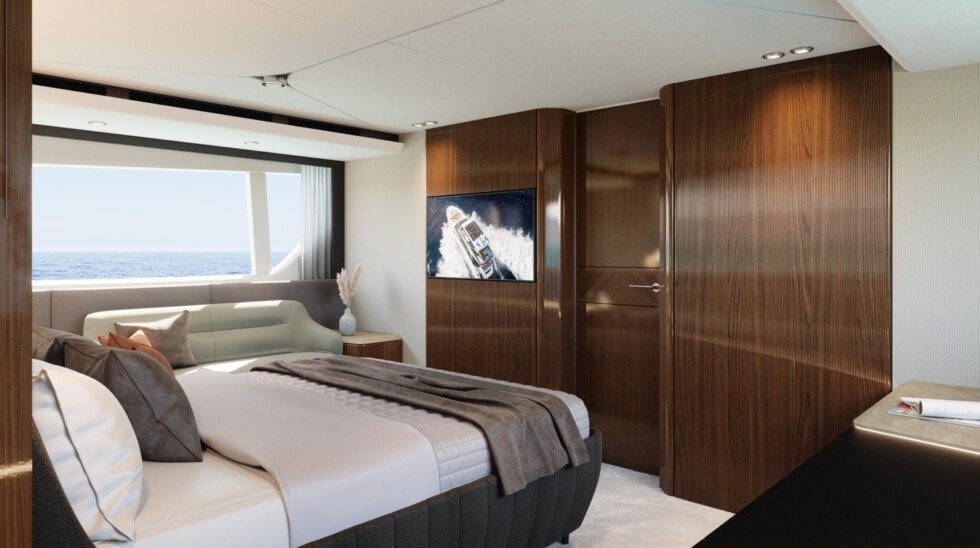 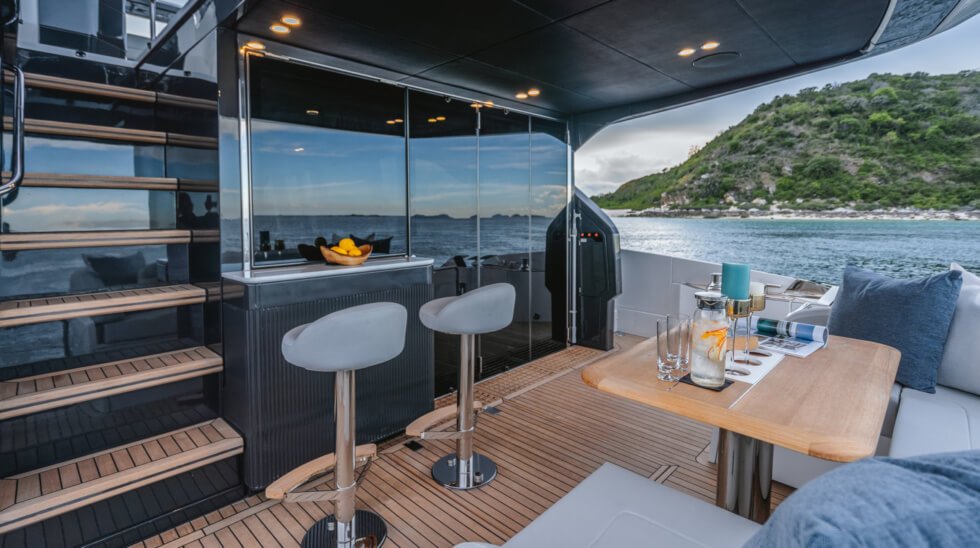 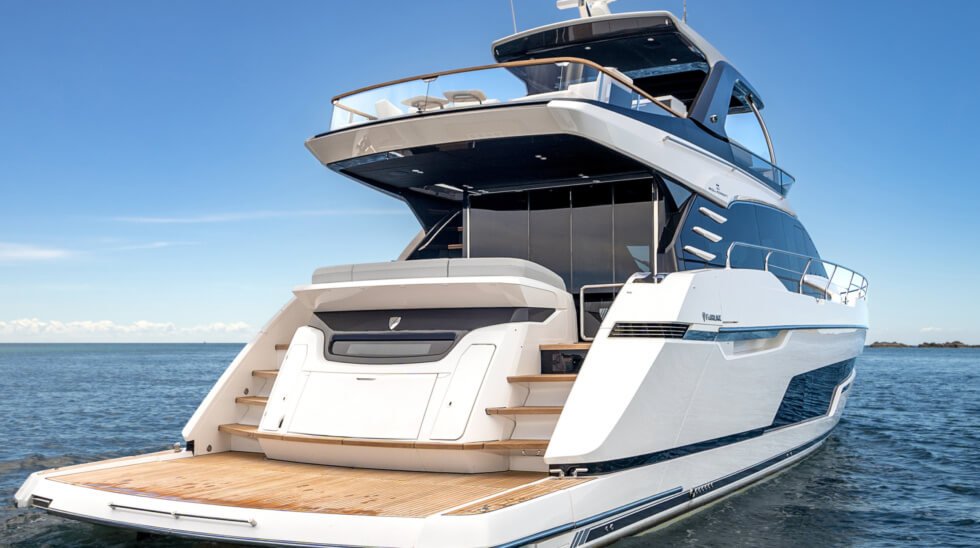 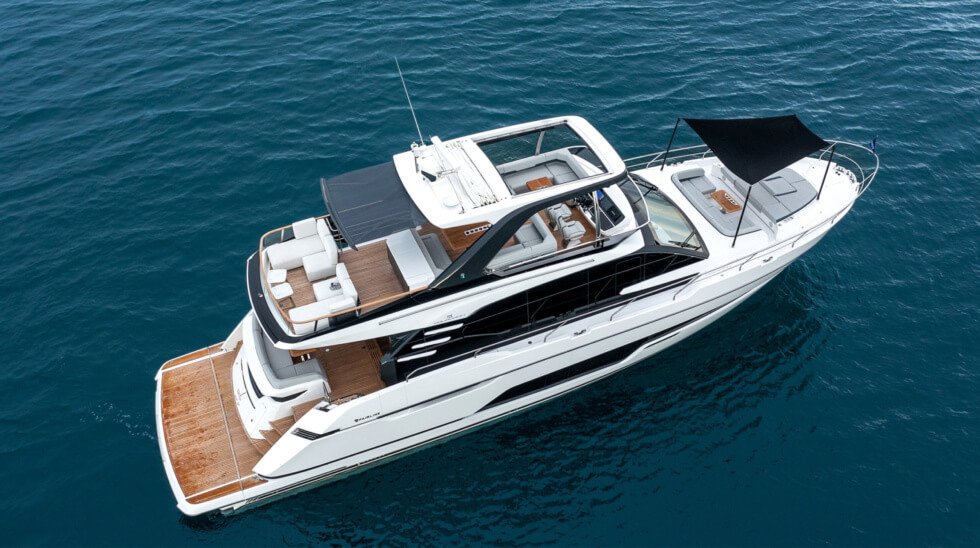