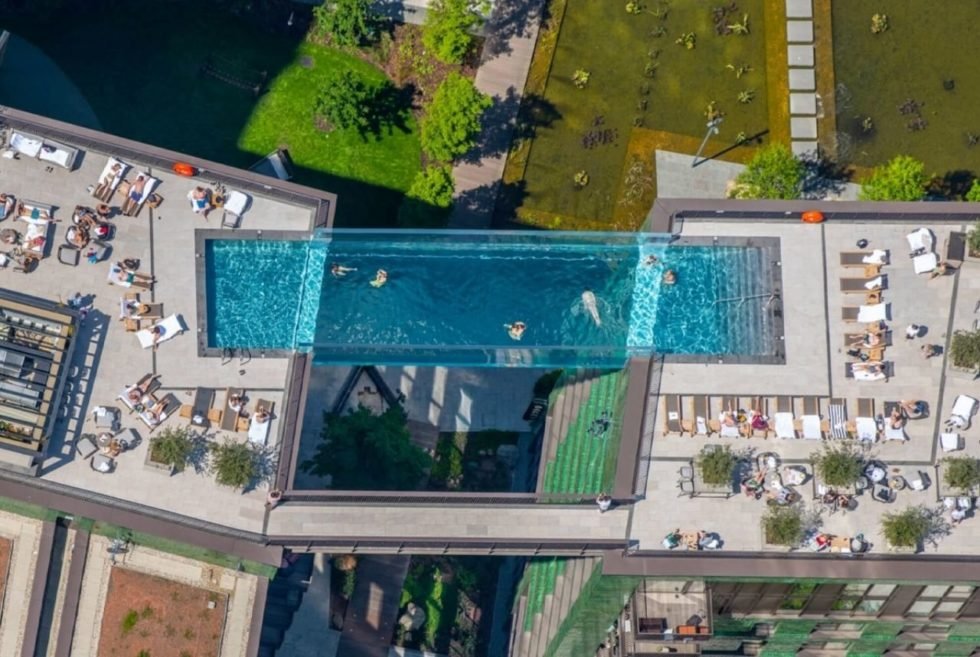 The Embassy Gardens Sky Pool Is Not For The Acrophobic

Avid swimmers, especially the fearless ones, will surely find the Embassy Gardens Sky Pool in London a treat. It offers “a swim like no other” because of its daring setup.

This swimming pool is suspended between two skyscrapers in southwest London, in Nine Elms. It resides ten stories high and is ten feet deep. It’s a 25-meter pool that is believed to be the world’s first transparent pool. Made in Colorado and shipped to the U.K, it gives any swimmer uninterrupted views of the London Eye, the River Thames, and the ground below. Its lack of visible structure gives it a magical quality especially when the water glistens under the sun.

The Embassy Gardens Sky Pool is made entirely from acrylic and weighs about 375 tons. It took a team of consultants, architects, and engineers to install it between two buildings. It took meticulous precision and innovation, and suffice to say, it was not an easy feat. The construction went through rigorous testing and treatments before the pool opened to the public.

The structure was made and installed by Reynolds Polymer Technology using large panels of acrylic. The bottom slab is 360 meters thick and the walls are 180 millimeters thick. It was built within steel tubs on each of the two buildings, which also gives access to the steps, a roller cover, cleaning equipment, water treatment, and lighting. Meanwhile, bridge bearings support the tubs to allow the structure to move in all directions as the buildings move. 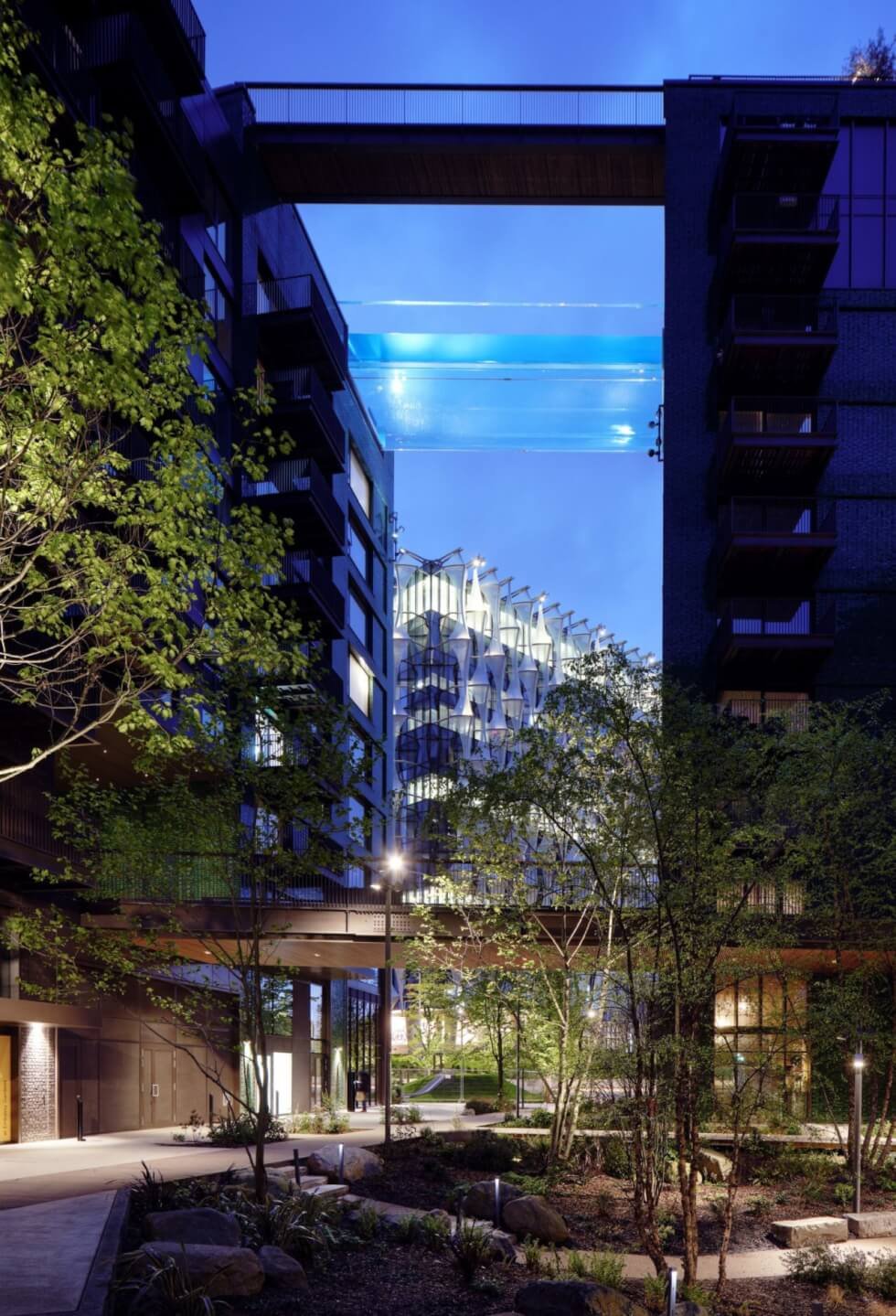 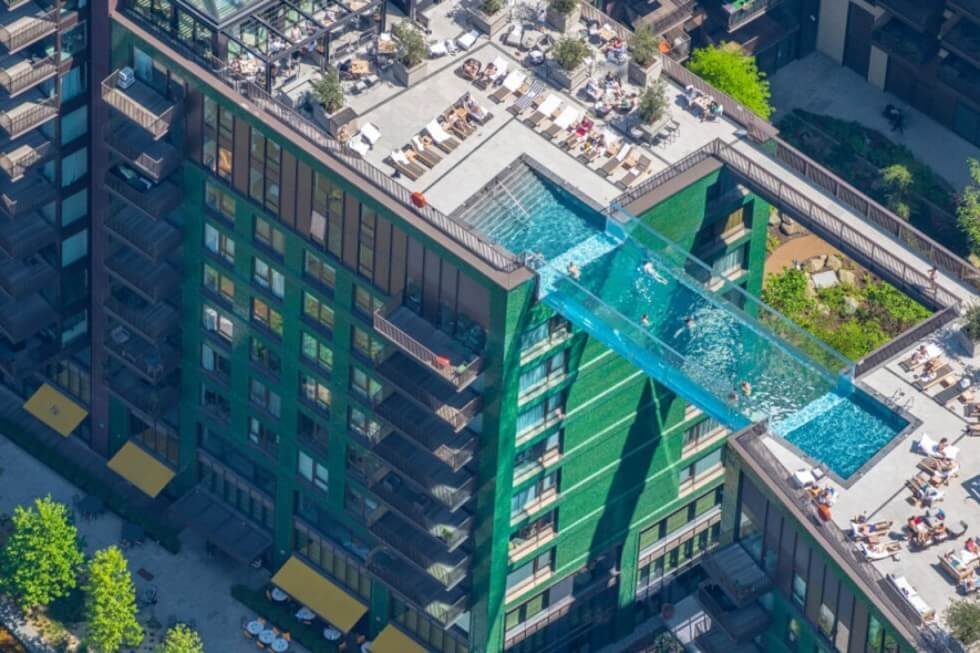 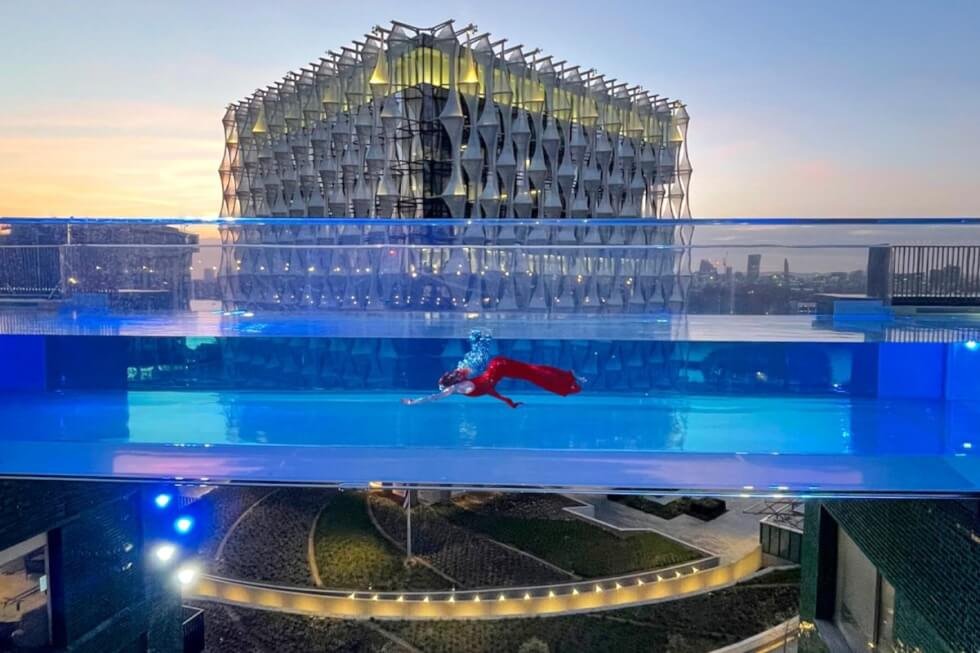 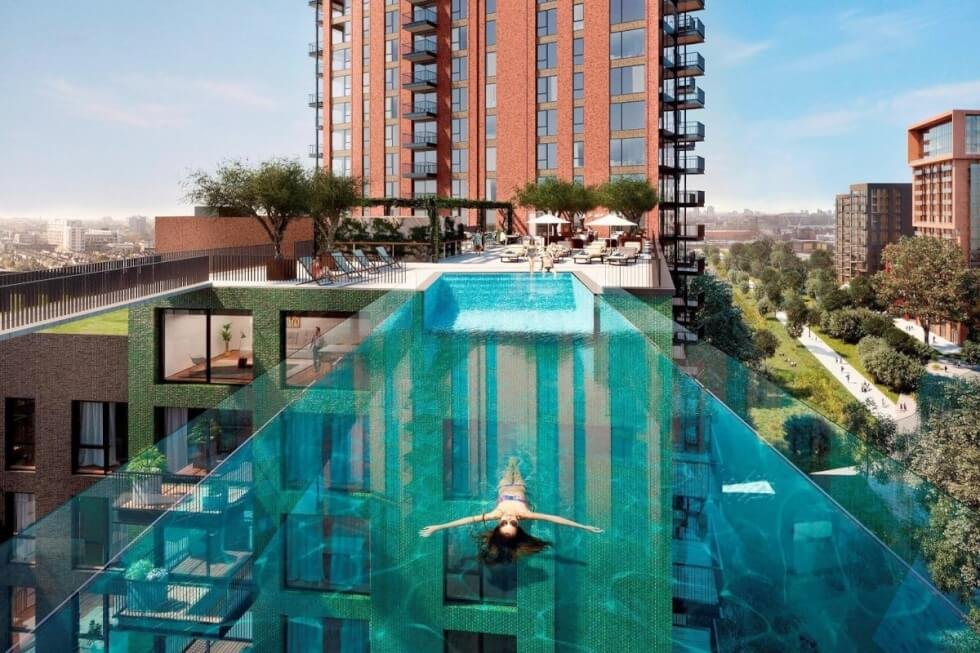 The Woodlands Hideout is a 190-square-foot cabin equipped with AC, kitchen, Toilet and bath, and even WiFI.

The Mutis Hotel boasts expansive views of the surrounding mountains, a stone bathroom, and a design that uses a natural setting.

The open floor plan of the Luna cabin from New Frontier Design makes it feel cozy as natural pours in from the skylight and windows.