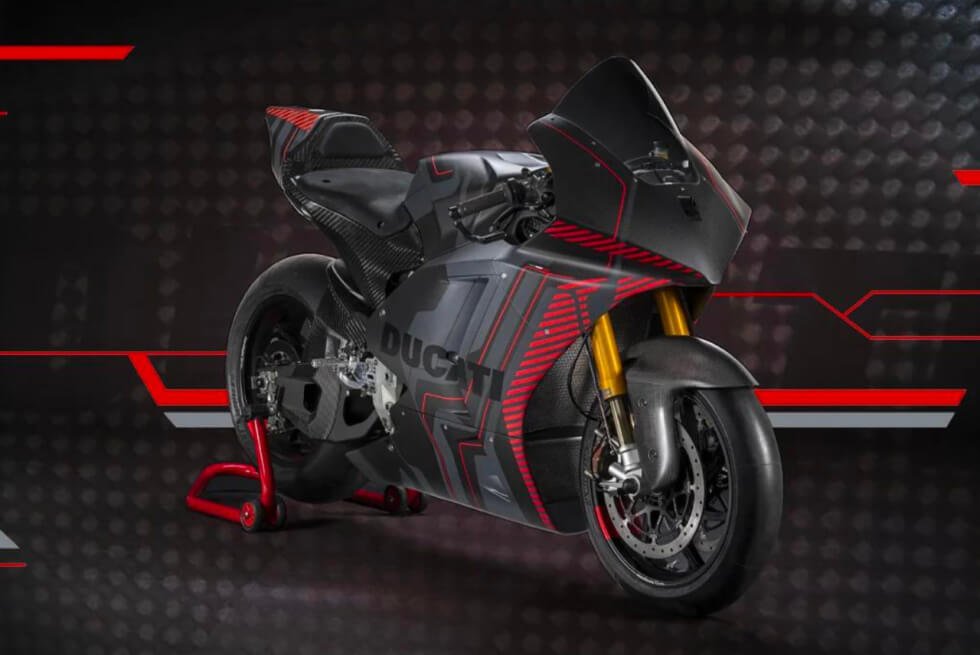 Much like the Formula E, racing enthusiasts who prefer two-wheelers also have the FIM Enel MotoE World Cup. These started out as green initiatives to showcase the capabilities of all-electric powertrains in motorsport. The Fédération Internationale de Motocyclisme debuted the eco-friendly grand prix in 2019. Soon, all the teams will race with Ducati’s V21L.

During the inaugural installment of the FIM Enel MotoE World Cup, all the competition platforms were Ego Corsas. Ducati is taking over duties next season, which means this is the last year viewers will see Energica’s electric superbikes in action.

The V21L embodies its manufacturer’s highly capable DNA albeit in an emission-free configuration. As of the 2023 season, Ducati will be the sole official supplier of bikes competing in the FIM Enel MotoE World Cup, the electric class of the MotoGP World Championship,” wrote the Italian marque in a press release.

The V21L will supposedly, “redefine the future of electric mobility on two wheels” and its specifications appear to back it up. Centro Stile Ducati designs a full carbon body kit for the racing bike. These cover its aluminum monocoque and carbon fiber frame.

Powering the V21L is an 800V, 18 kWh battery unit, which sits within a composite case that also forms a structural element of the chassis. Output is rated at 150 horsepower and 103 lb-ft of torque, which can push it up to 170 mph. Along with its motor and other components, it tips the scales at only 496 lbs.

This lightweight build should benefit the handling and dynamics of the V21L. The front holds an Öhlins NPX 25/30 fork from a Ducati Superleggera V4, while the rear gets an Öhlins TTX36 mono-shock. Finally, Brembo GP4RR M4 brakes provide all the stopping power it needs. 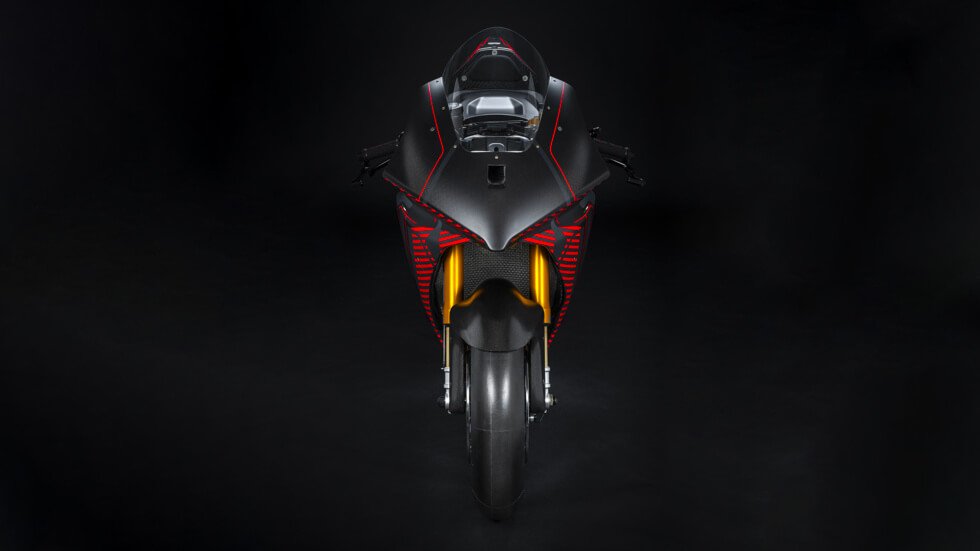 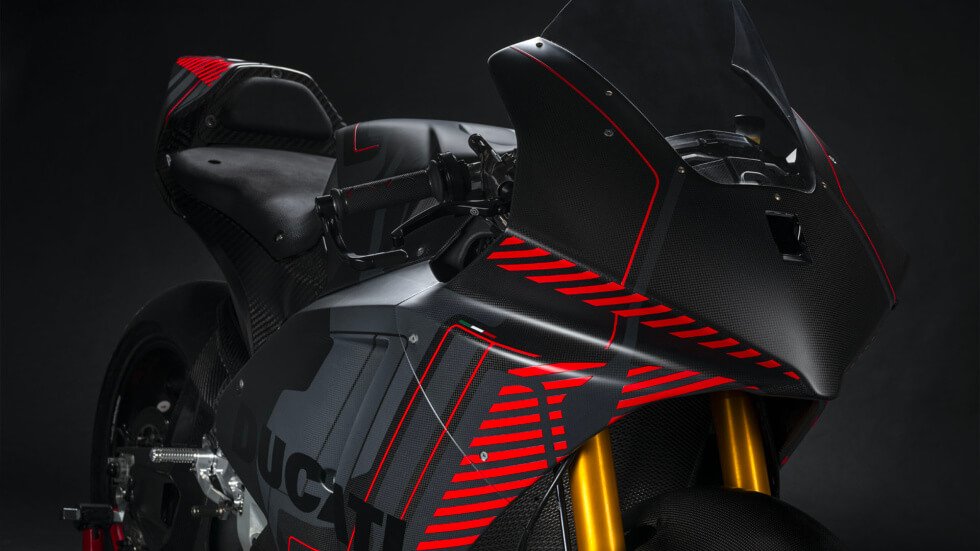 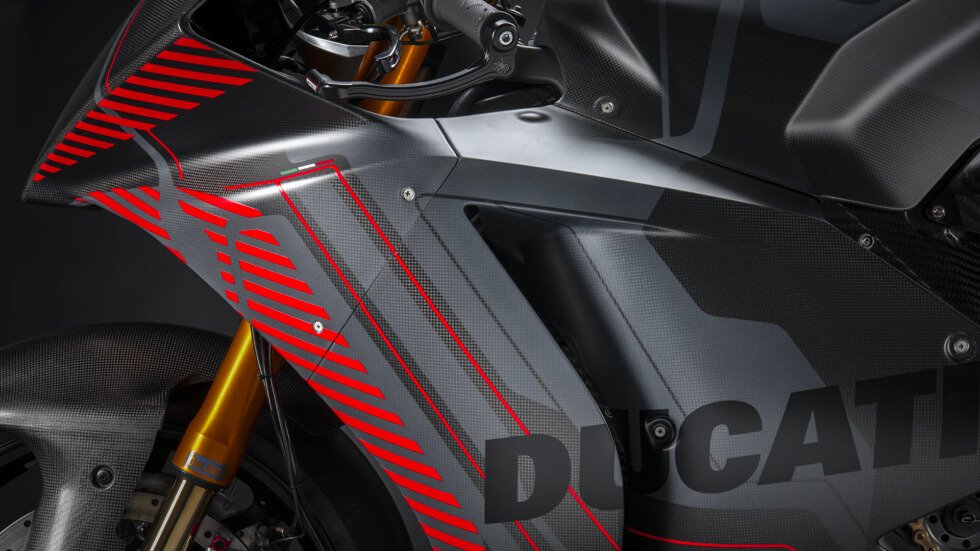 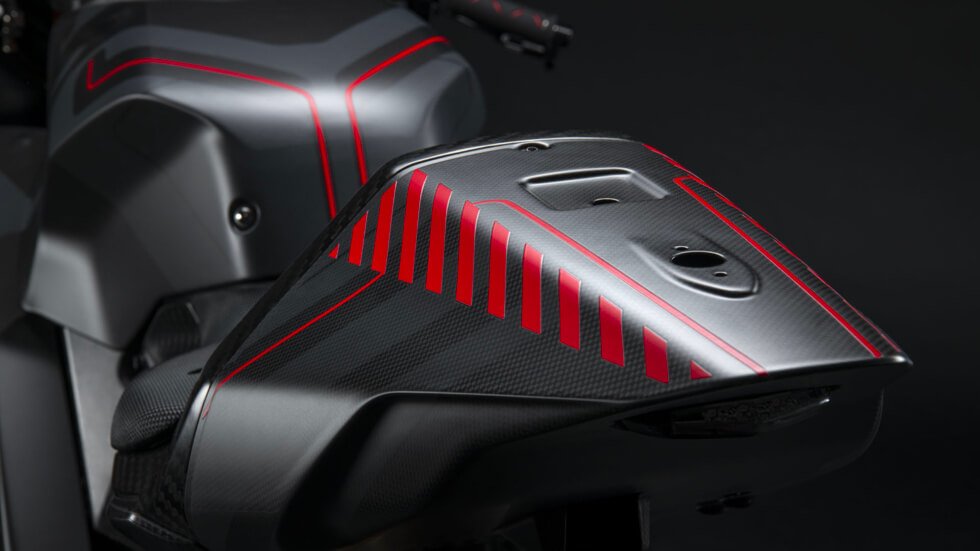 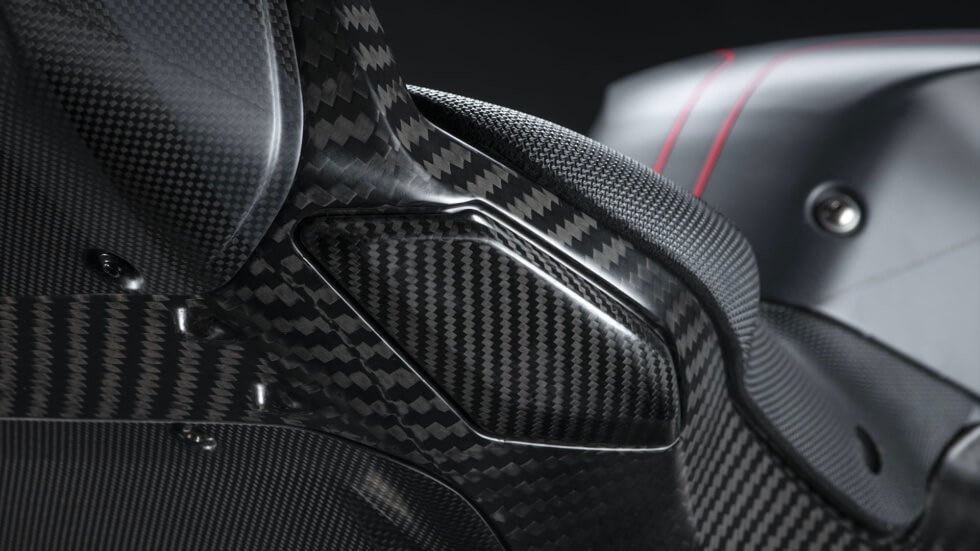 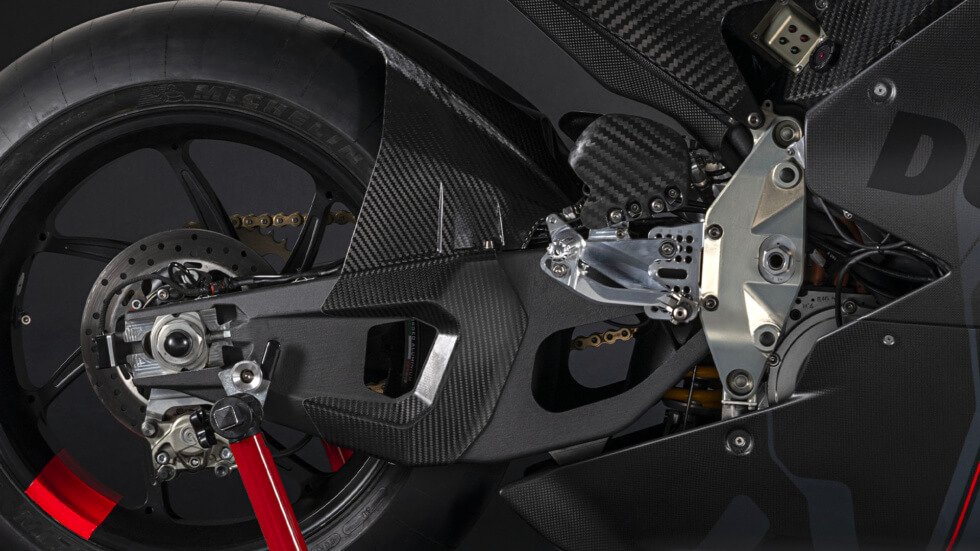