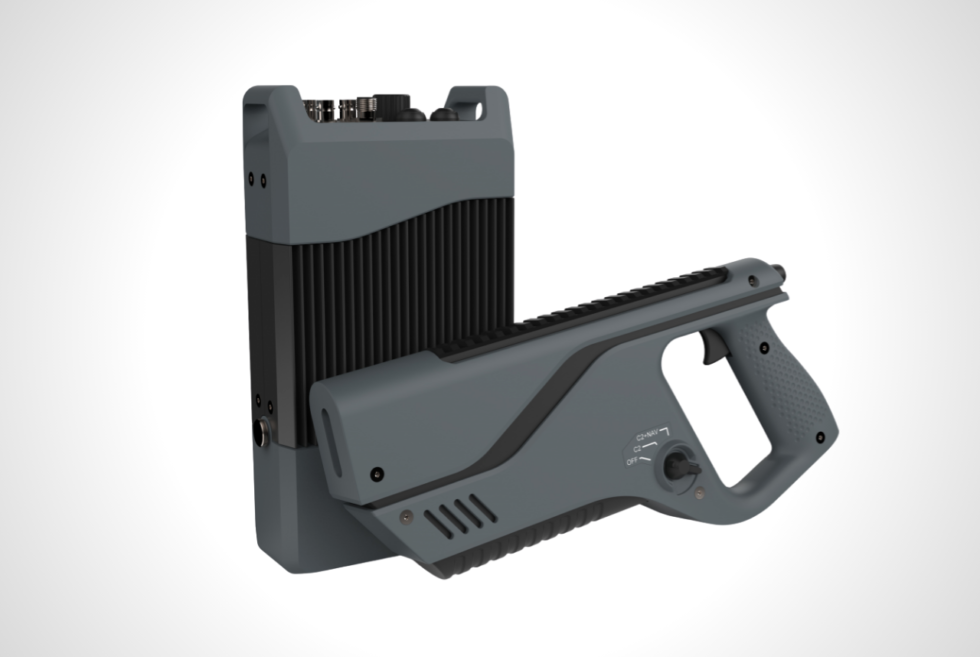 Drones or quadcopters as we now call them have gone from tactical equipment for military use to something more accessible to the public. As such, you can now grab these for various purposes such as for recreational or for professional applications. Now that most of these – even the tiny ones – can carry an imaging sensor, privacy has become an issue. Thankfully, Drone Defence is here to give us a great way to prevent unwanted drone surveillance or harassment. Let’s check out the Paladyne E1000MP.

We get it, the name sounds like something a kid would come up with, but it does sound somewhat cool. The fact that it looks like a futuristic laser pistol will already give you a hint at what it can do. The Paladyne E1000MP is actually what Drone Defence calls an electronic countermeasure or jammer. However, as much as we really want it to fire a laser beam or even perhaps some form of projectile, it does not.

Instead, what it can do is disrupt the operation of most types of drones. It does this by shooting an electromagnetic signal blocking signals from the operator. Depending on the machine’s pre-programmed safety protocols, it would either land or return to where it was activated. The Paladyne E1000MP can target frequencies such as 5.8 GHz, 2.4 GHz, or GNSS L1.

Drone Defence lists its effective range at up to 0.62 miles. This means if you can spot the small craft, you can protect your airspace from it. The Paladyne E1000MP weighs roughly 7.72 lbs, which makes it easy to carry around. Meanwhile, you can get it in a white/black or black colorway. Who knew that shutting down drones from afar can be as fun as flying one. 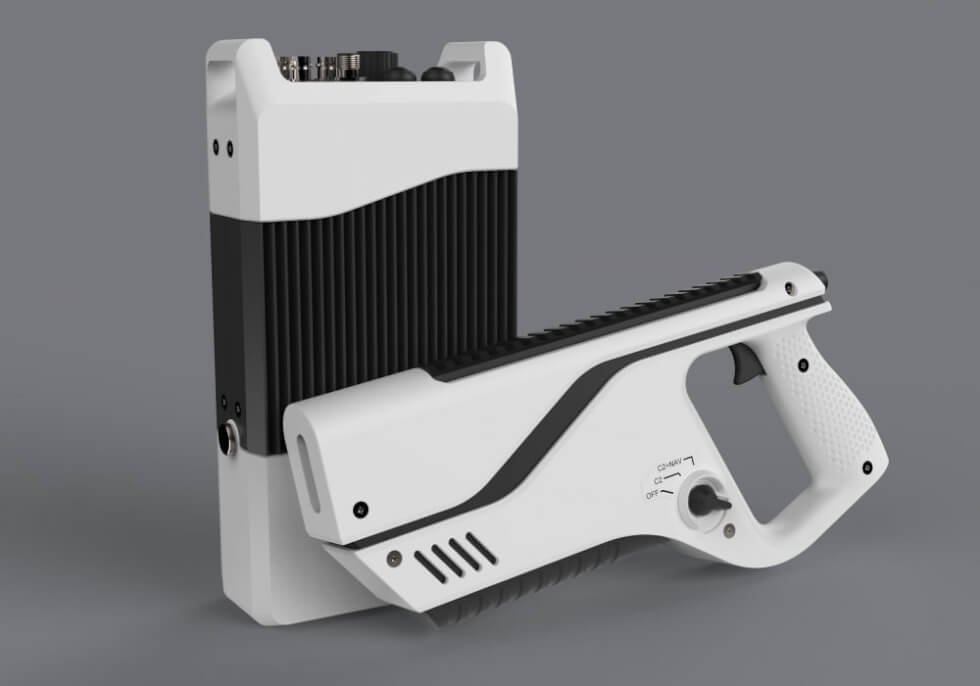