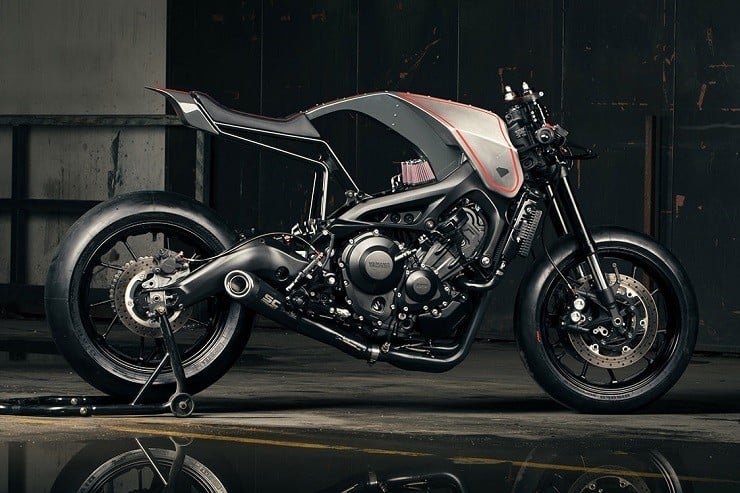 It isn’t often a custom bike shop is allowed to experiment with entirely new design concepts, but Munich’s Diamond Atelier was given the sweet chance when Dutch watchmaker TW Steel commissioned them to rework a new production Yamaha XSR900. They had never worked on an XSR900 before but were intrigued by the organic look of the frame.

They proceeded to ‘unclutter’ the bike looking for a minimalist aesthetic. The engine was fine, the only tweaking done was the addition of K&N filters and a custom exhaust. New bodywork was created from aluminum by Marvin Diehl of KRT Framework. One feature requested by the client was that under the front flap where a headlight would normally be located they would instead fit it with a TW Steel timepiece.

To maintain the minimalist design Diamond Atelier managed to cut 100 meters of electrical wire from the bike, keeping all functions intact except for the ABS system. With the addition of ABM Multiclip handlebars, lowered anodized forks, Gilles rearsets, and a color-matched Wilbers Blackline rear shock, the XSR900, now dubbed ‘Æon’ was ready to hit the streets with its bold, forward-reaching style. [via] 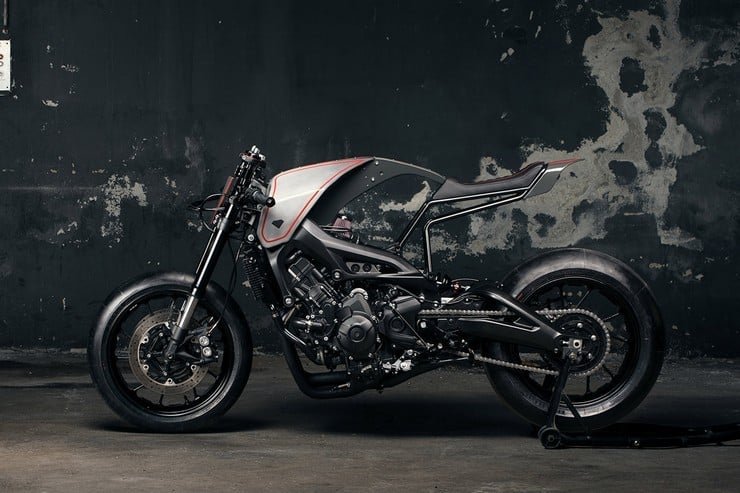 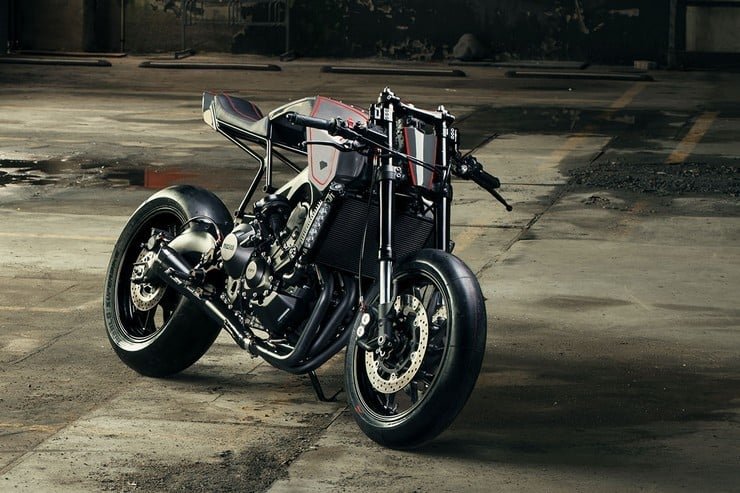 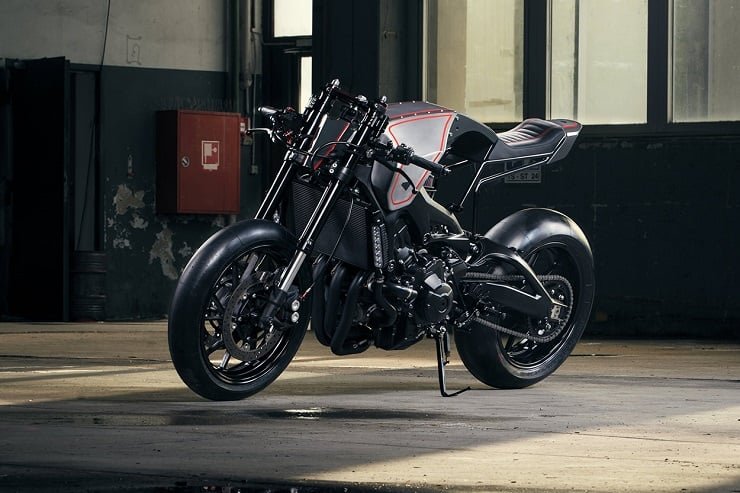 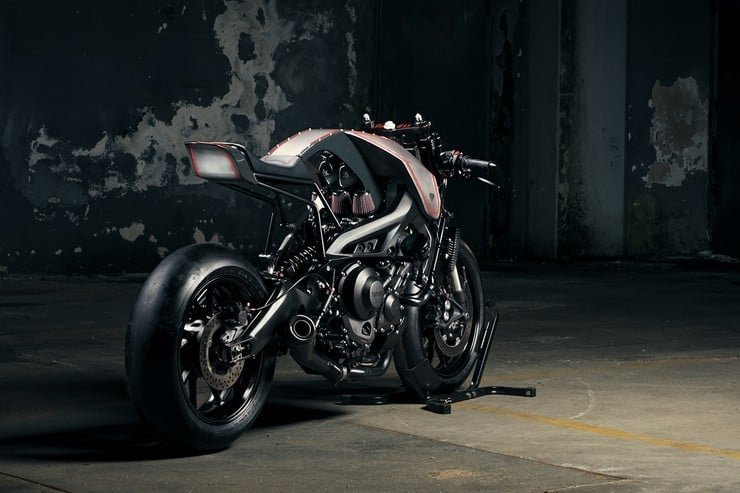 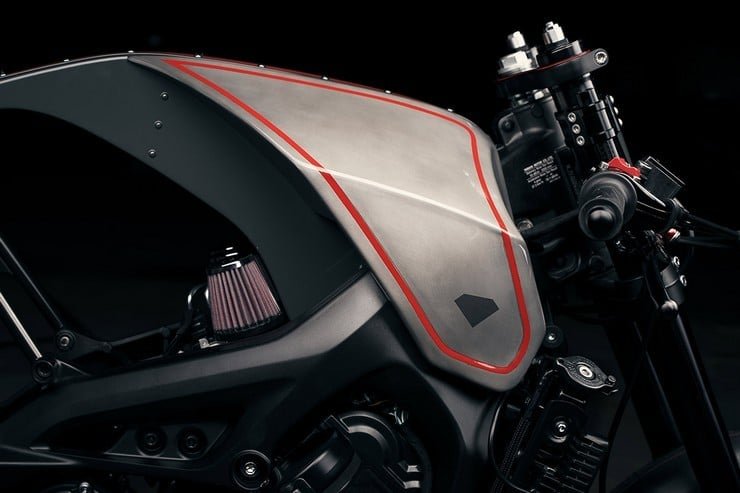 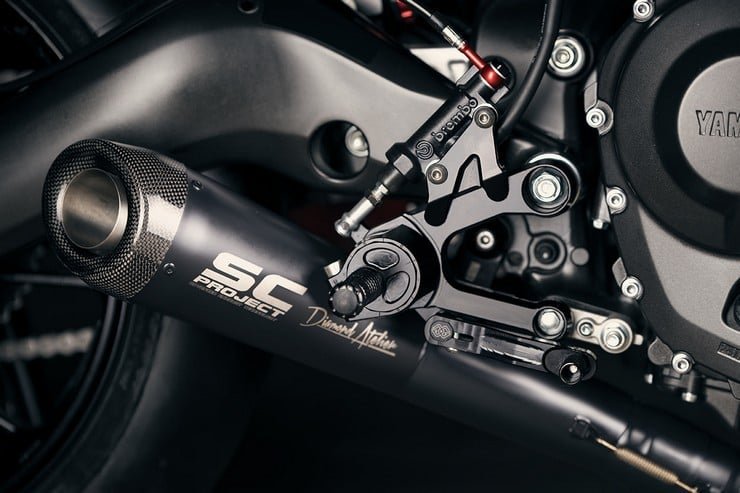 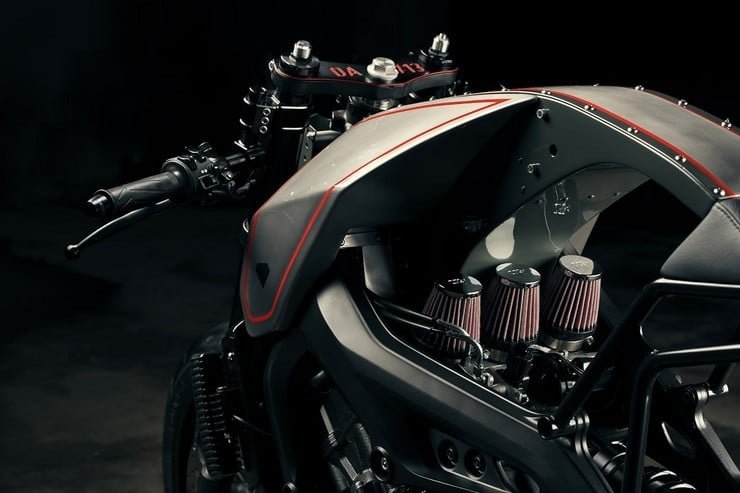 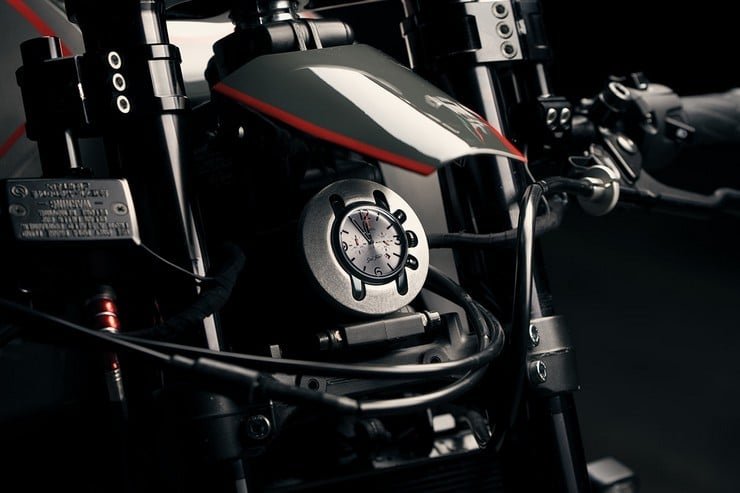