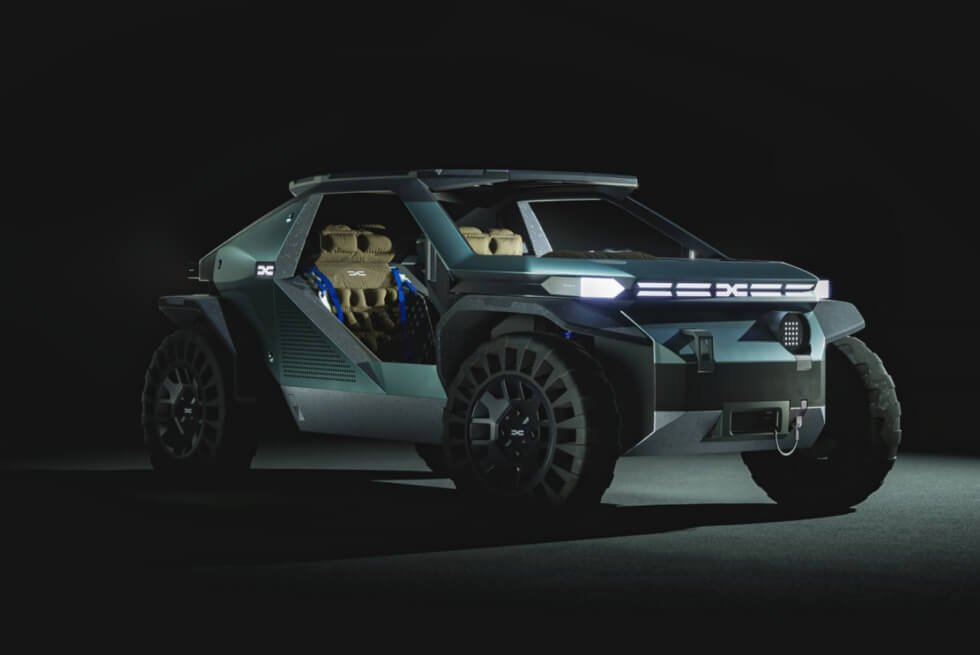 Just like how Apple sets the bar for design and features which everybody else soon follows, Tesla does the same for the automotive scene. Ever since the Cybertrucks’s geometric silhouette was made public, other EV outfits scrambled to copy the aesthetic. To support this point, we have Dacia as it unveils the MANIFESTO concept.

In fact, it appears the Romanian carmaker borrows elements from more than just Tesla’s upcoming electric pickup truck. Stare of the MANIFESTO long enough and you’ll some semblance of GMC’s Hummer. Other than that, there are some in-house additions to set it apart from the competition.

Dacia may not be a marque readily recognized by motoring enthusiasts outside of Europe, but it has been in business since 1966. These days, it operates under Renault since its acquisition in 1999. Lately, it has been under the radar up until now with this exciting announcement.

A press statement from the company says it is “emphatically reaffirming its unrivalled vision for an essential, cool, robust, affordable and environmentally efficient car.” From an aesthetic standpoint, the MANIFESTO looks ready to rumble. Like some off-road configurations, they’re opting for a bold profile with no windshield, doors, and windows.

This makes every outdoor escapade as immersive as possible. Let’s move on to the cool stuff. You’ll notice that aside from the LED headlights and illuminated grille, there is a single spotlight just below. Dacia says this is not purely for show as it can double as a handheld flashlight.

The MANIFESTO also rides on airless tires which gives owners peace of mind while overlanding. This two-seater’s cockpit uses recycled material called Starkle. We also see cork on the dashboard and steering wheel. Its waterproof interior can even withstand washing with a water jet. 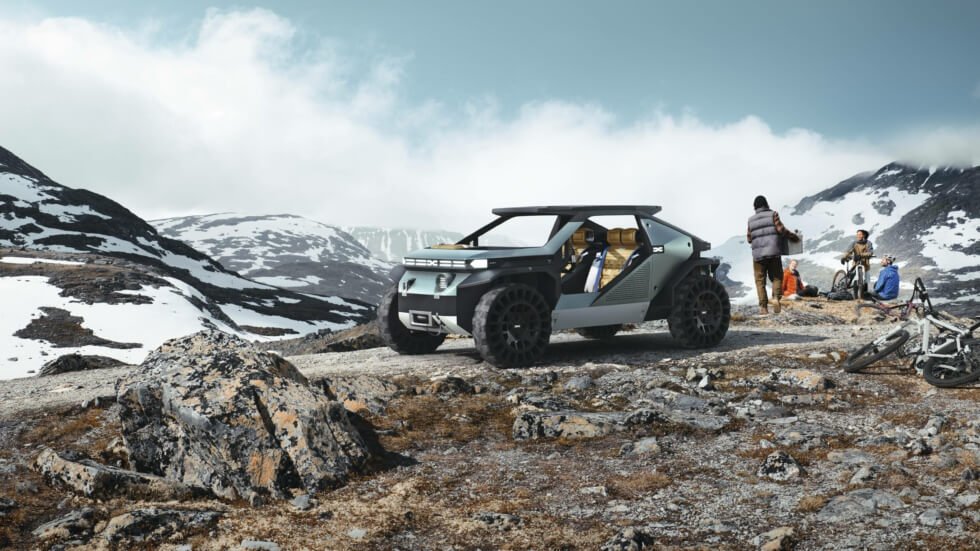 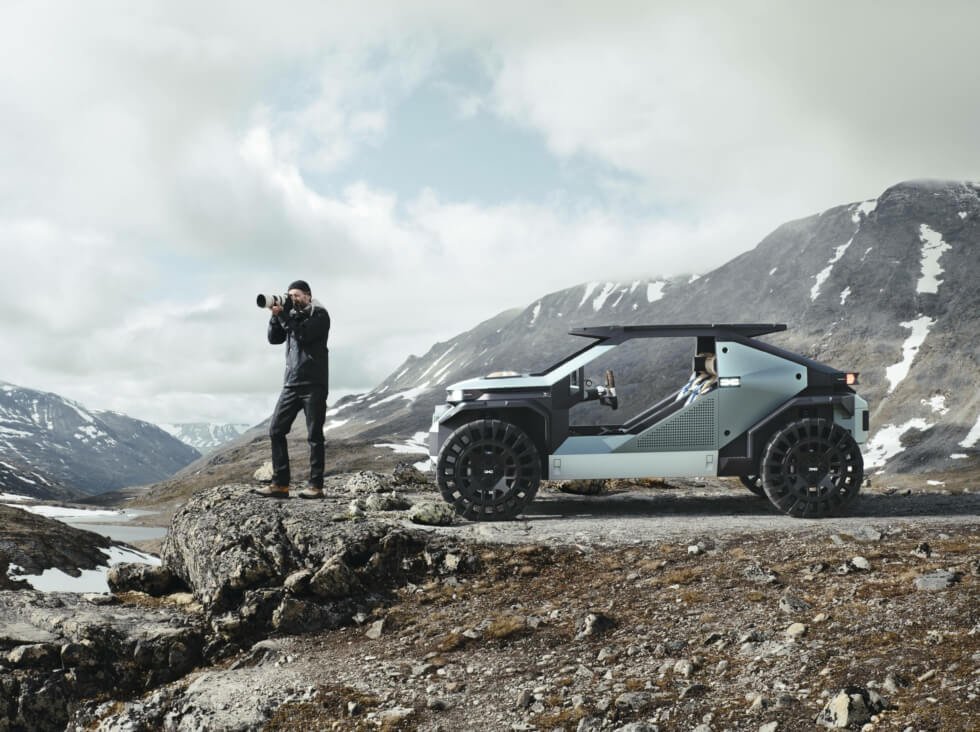 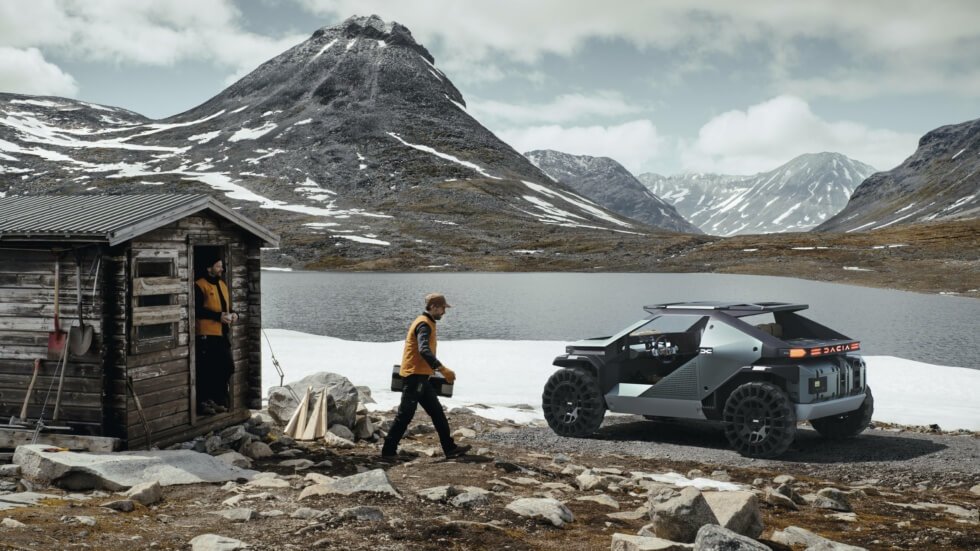 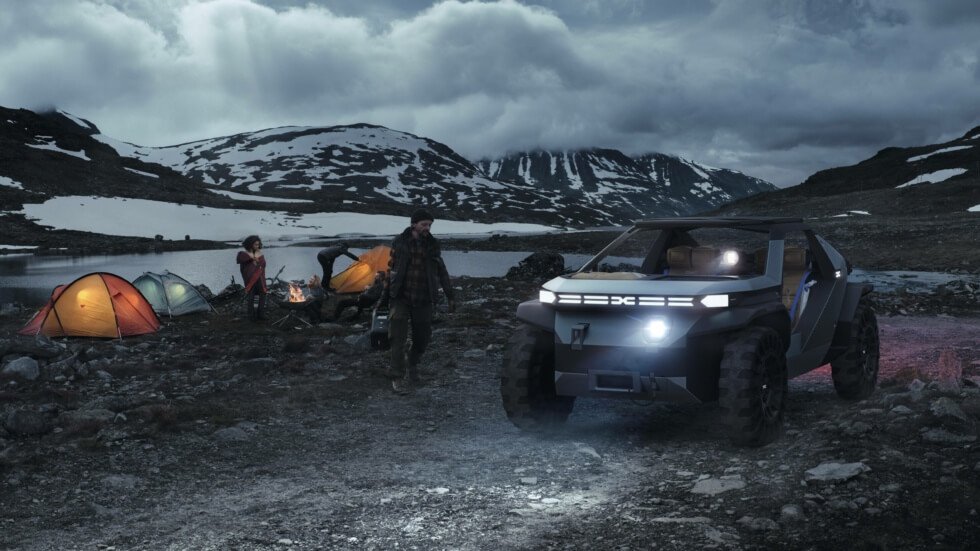 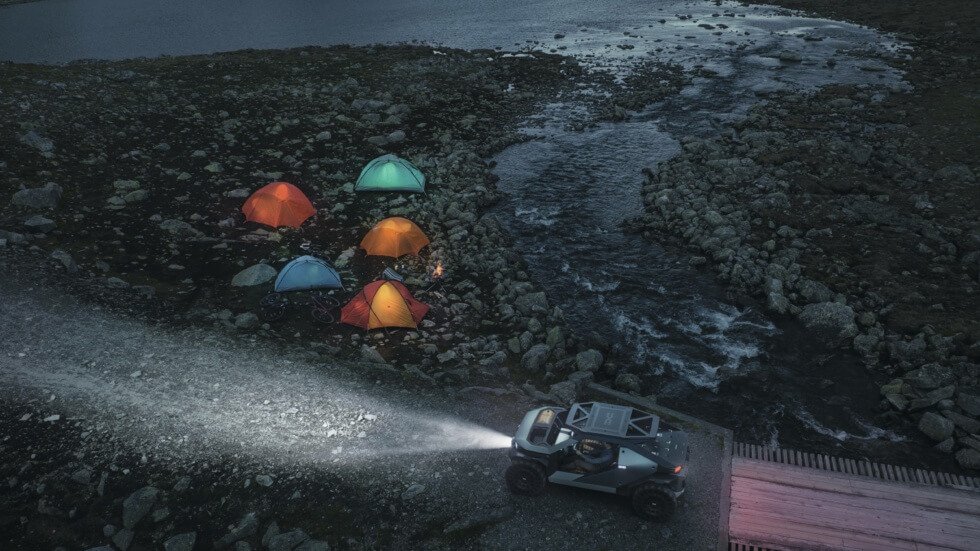 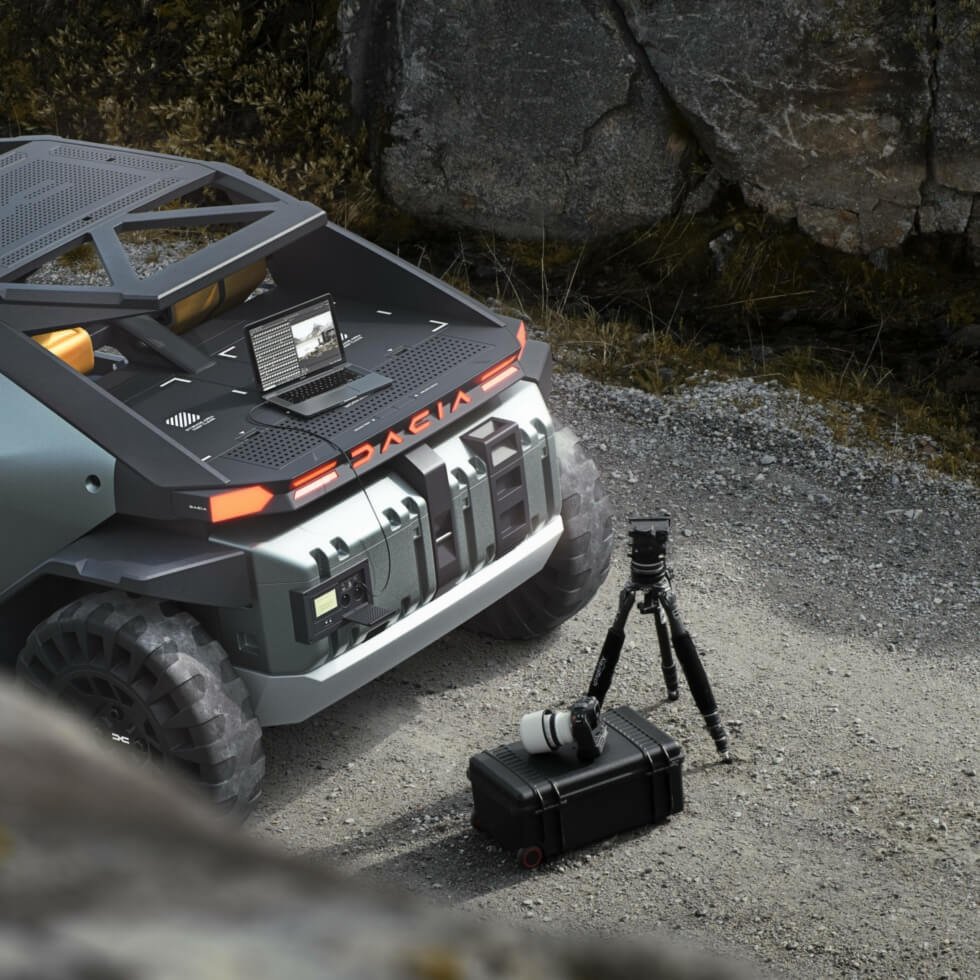 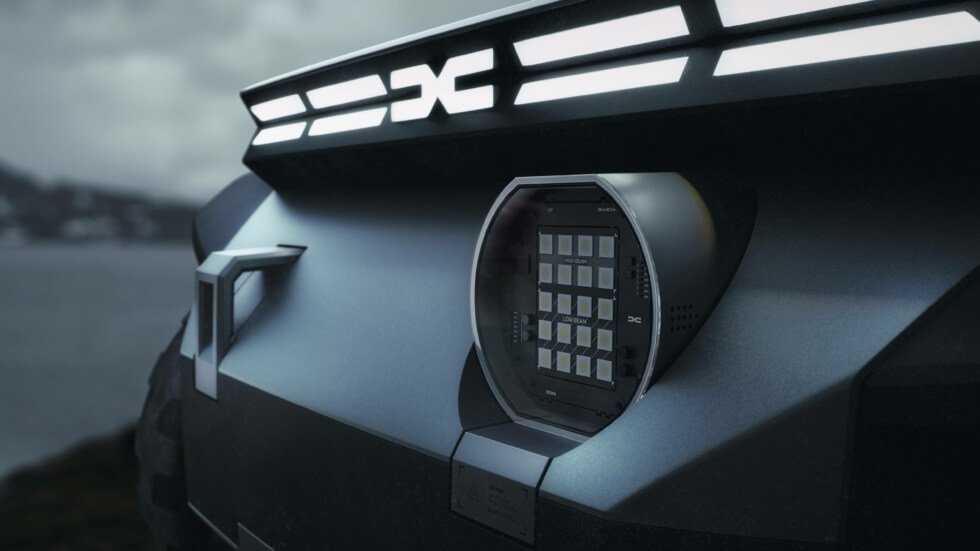 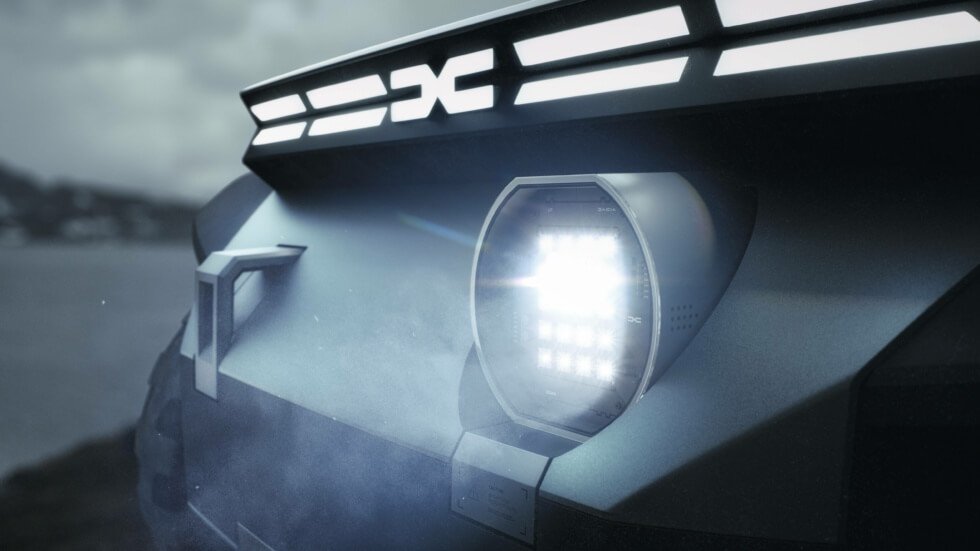 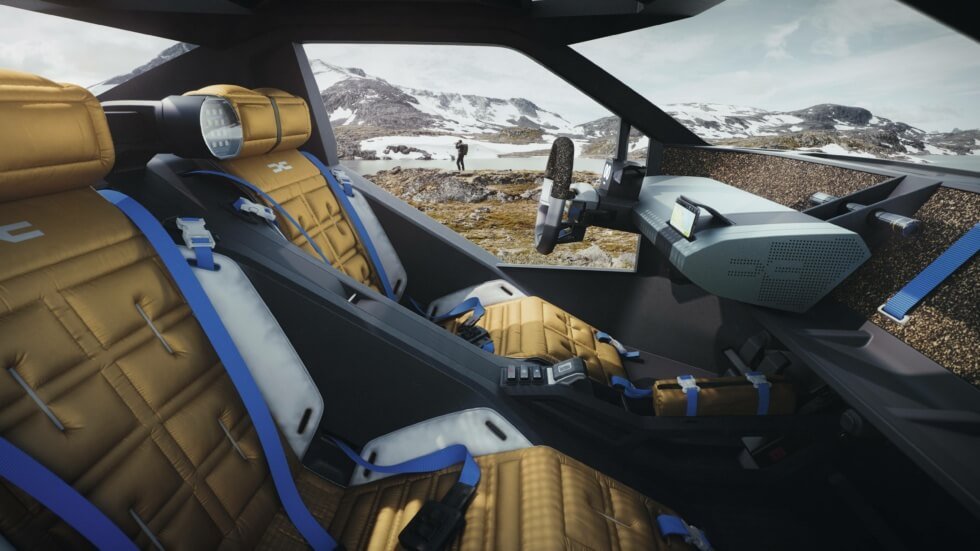 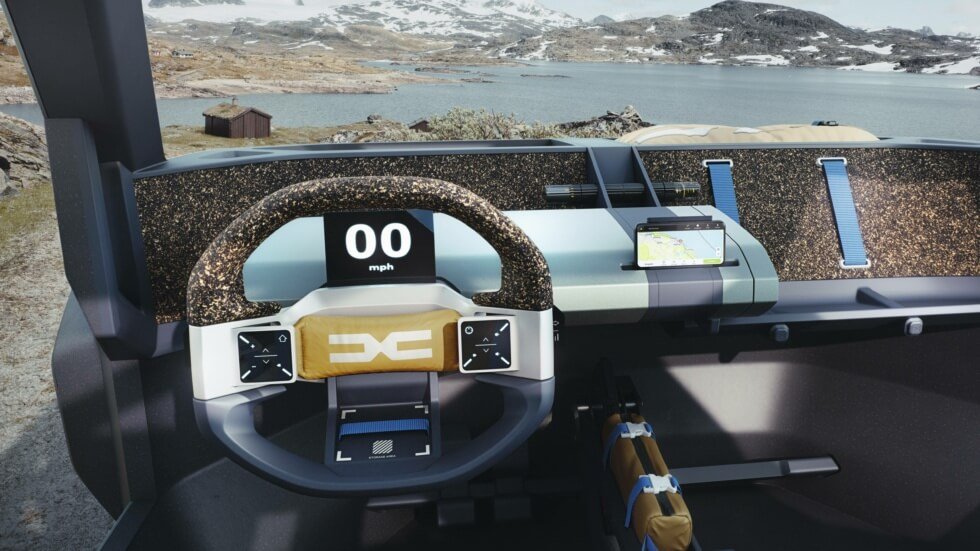 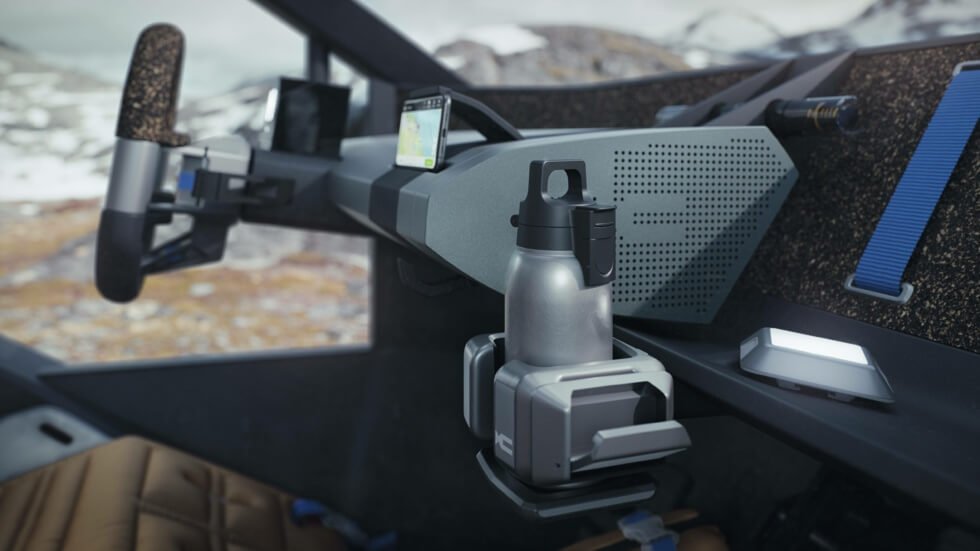 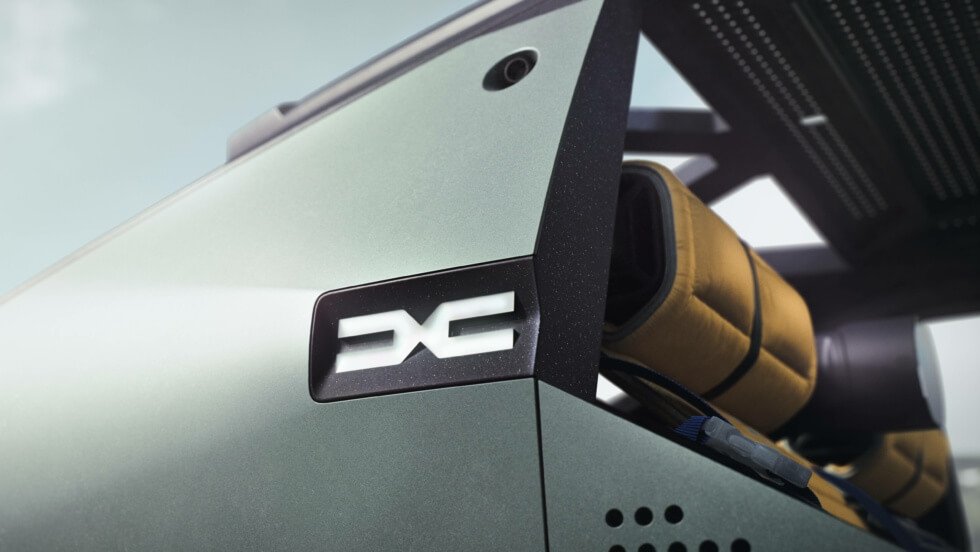 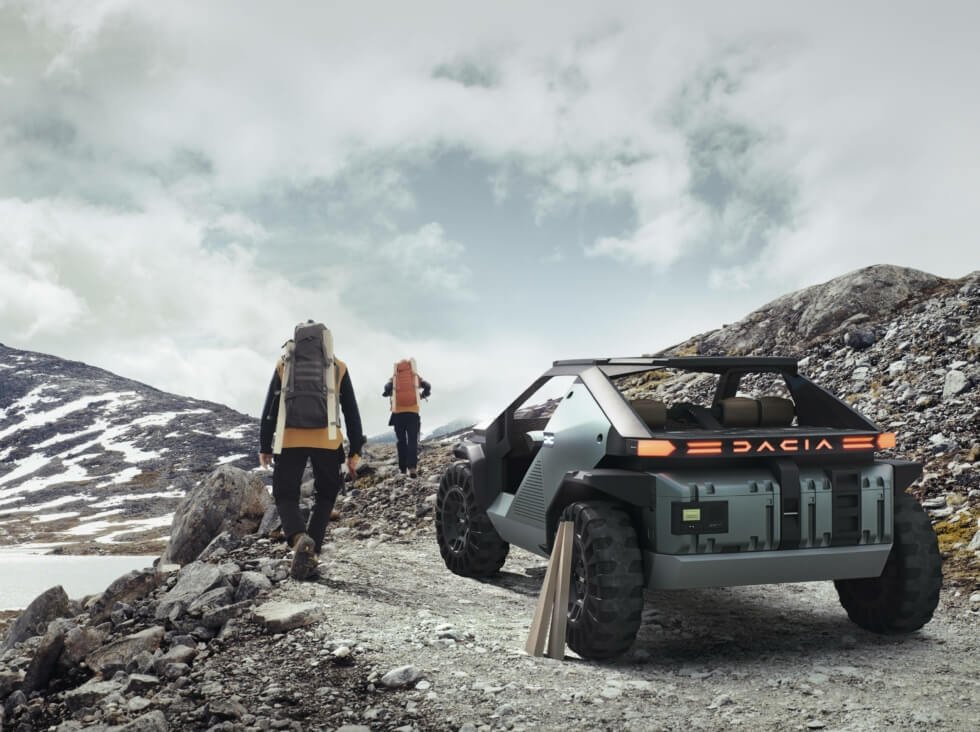