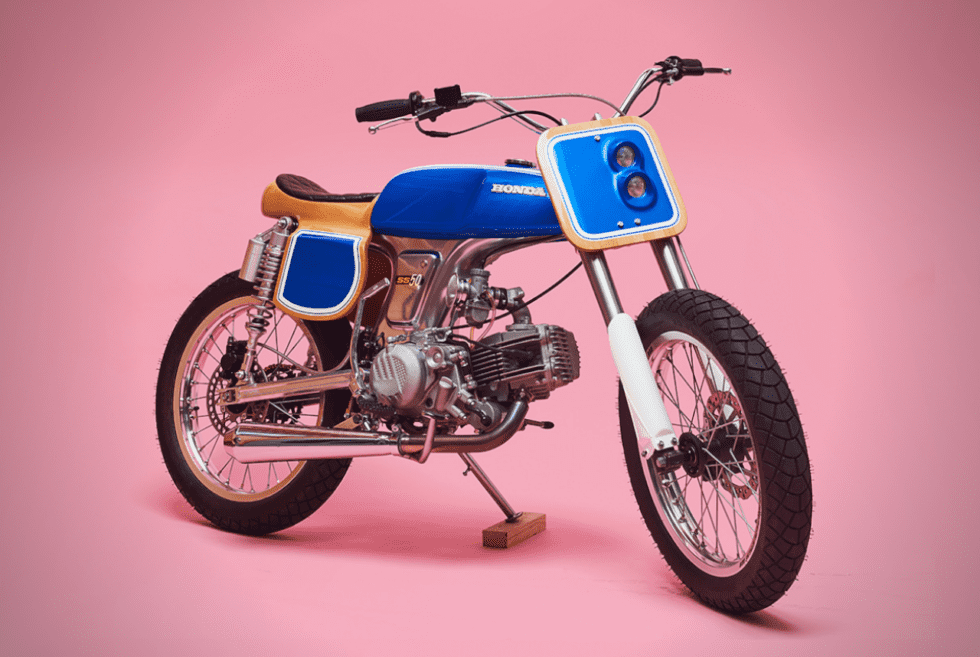 Custom bike artist George Woodman’s (real name Sébastien Valliergues) portfolio isn’t as expansive as others’ out there may be; he doesn’t build that many bikes, but when he does finish something, it’s always super notable. In that regard, he’s like Terrence Malick — makes so few films, but each one is an event.

And what an event that image up there is. It’s called the “Wild Horse,” a heavily modified Honda SS50 that, while tiny, packs so many punches. For one, its original 49cc air-cooled single has been replaced with a 190cc engine care of bike tuner Stomp. That pushes the maximum horsepower to 22. That’s an incredible number considering the ride only has a wheelbase of 46 inches.

The engine comes from Zongshen and was built in the same factory as the Daytona Anima FLX. It’s hooked up to a five-speed gearbox and dones an ID Vintage exhaust, brand-new. The suspension has been completely replaced with new forks from YCF via custom yokes, and the gas shocks are also new, from Kepspeed.

Woodman isn’t really a motorcycle guy. Actually, he’s a master woodworker and only builds two to three bikes a year — for fun, if you can believe that. While it may be just a sideline for him, he’s garnered many fans as a result of his excellent bike projects. What sets him apart is his clever implementation of wood into the rides he customizes. You’d expect a master woodworker to just go berserk at it and add wood in every part of the motorcycle, but he doesn’t do that. He’s more subtle and more understated about incorporating the element, preventing the design from being too on the nose. 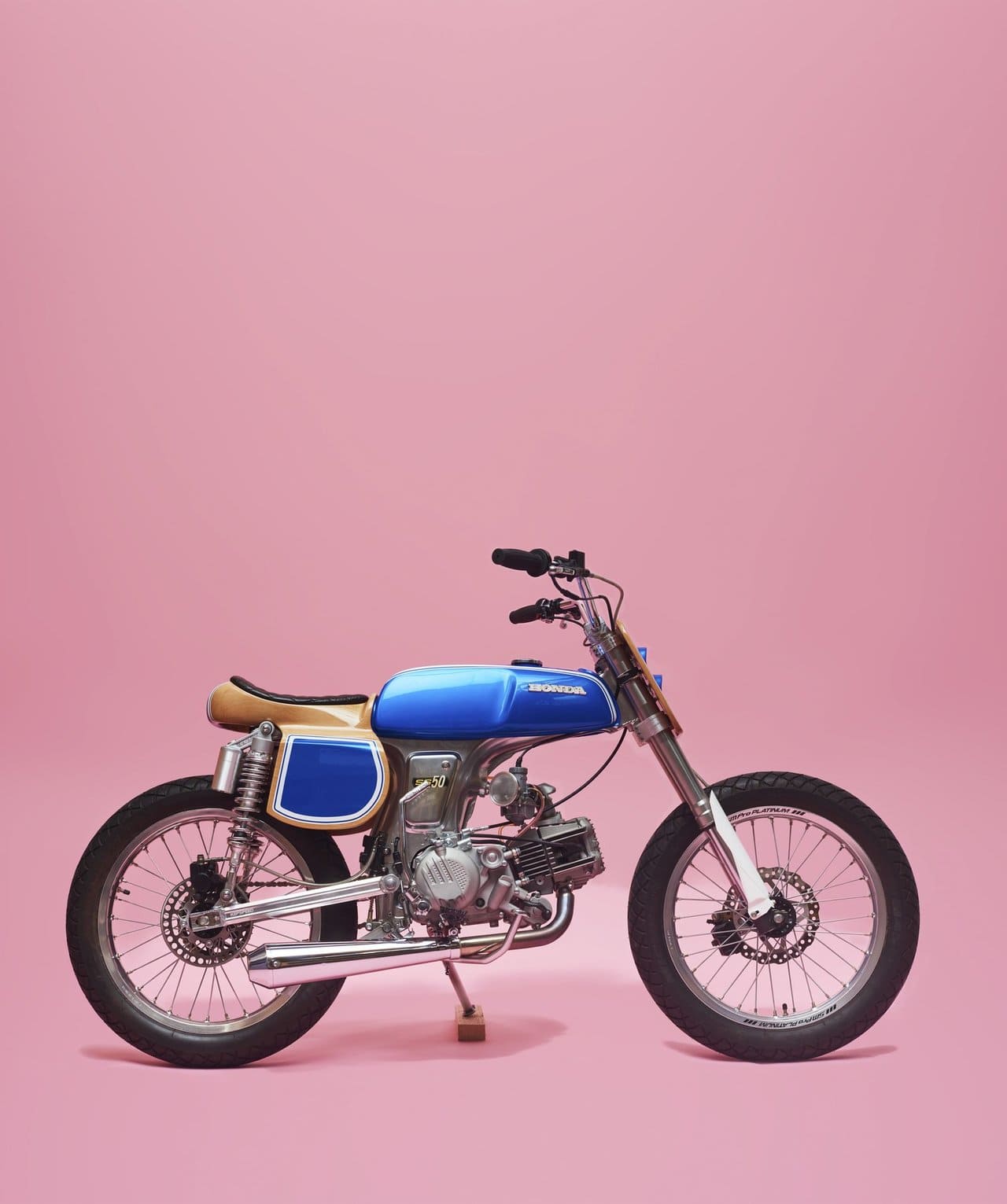 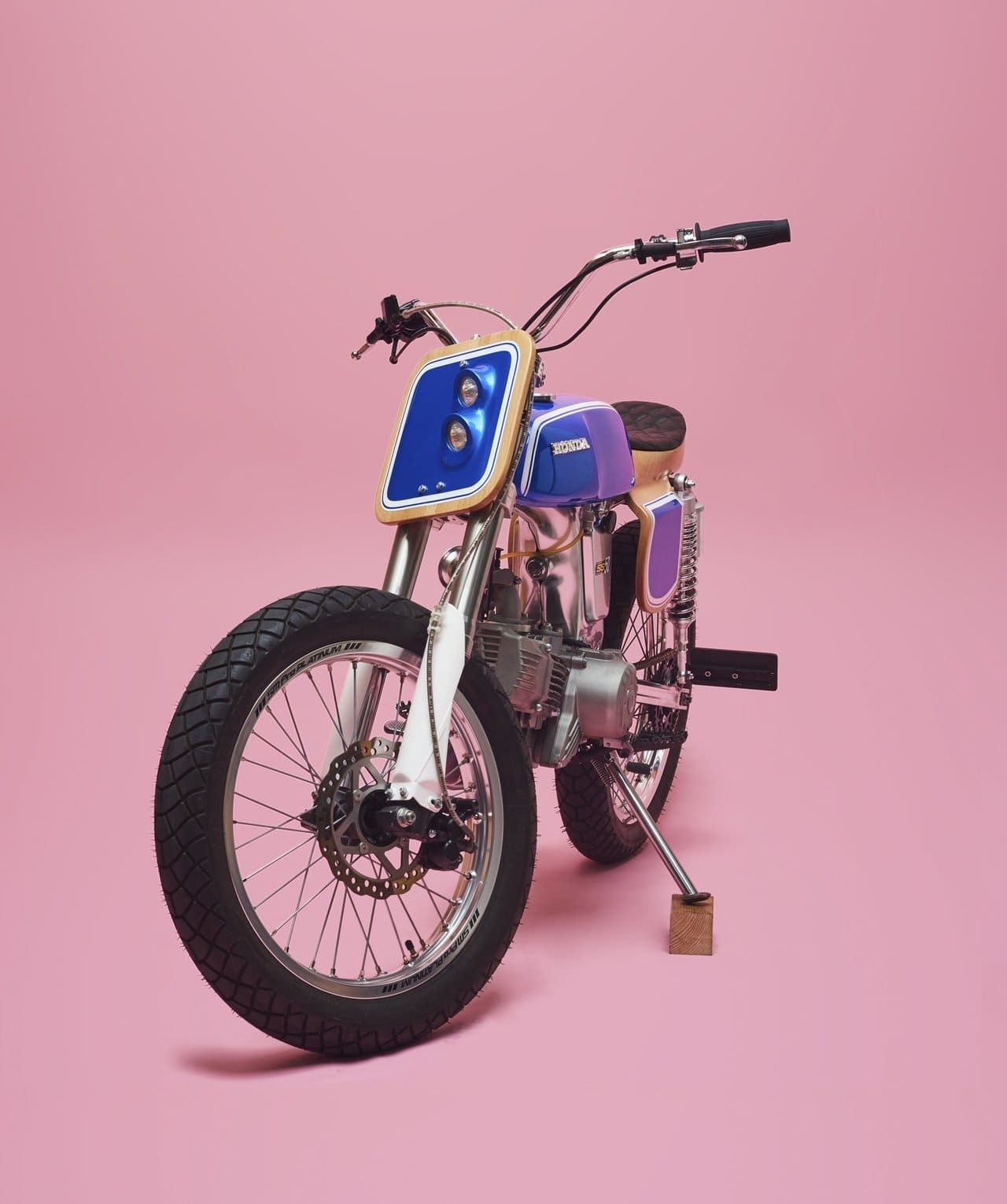 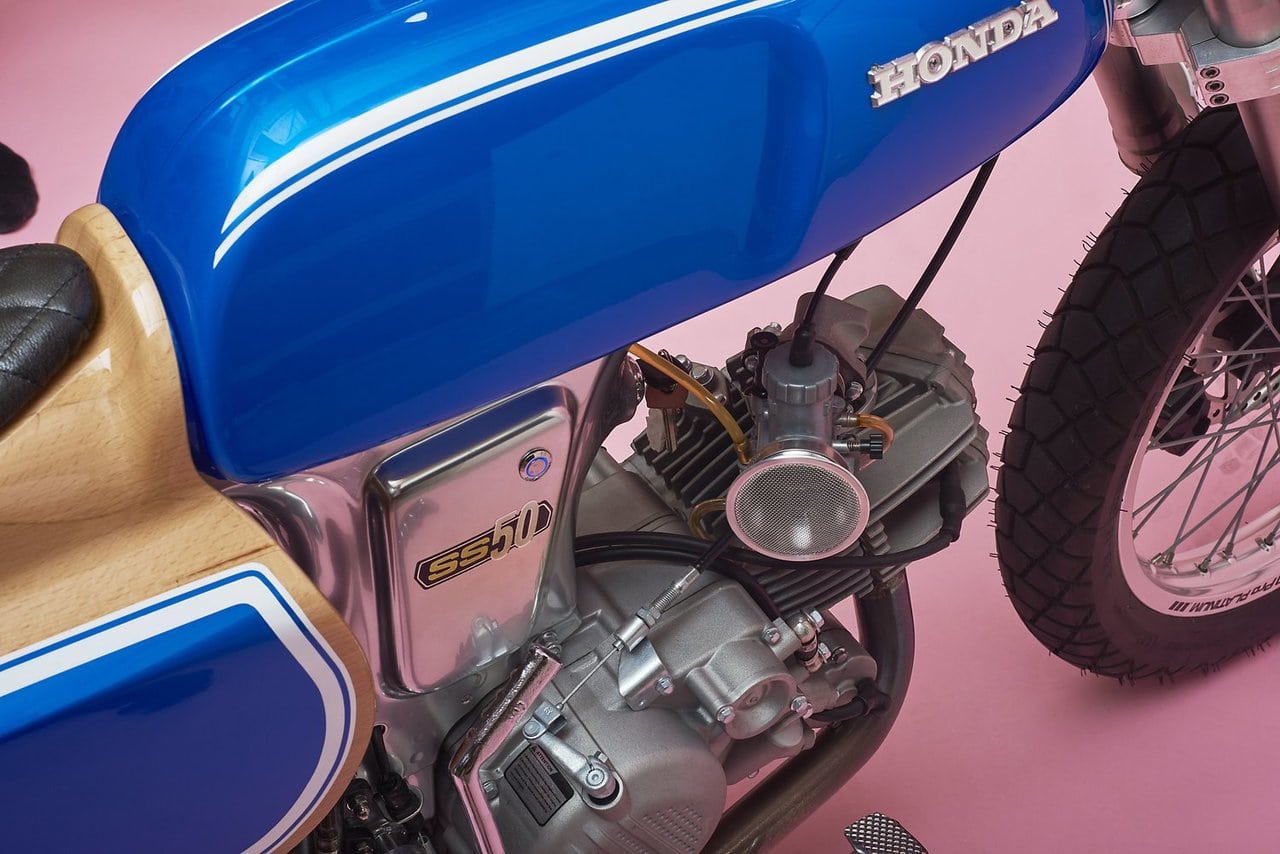 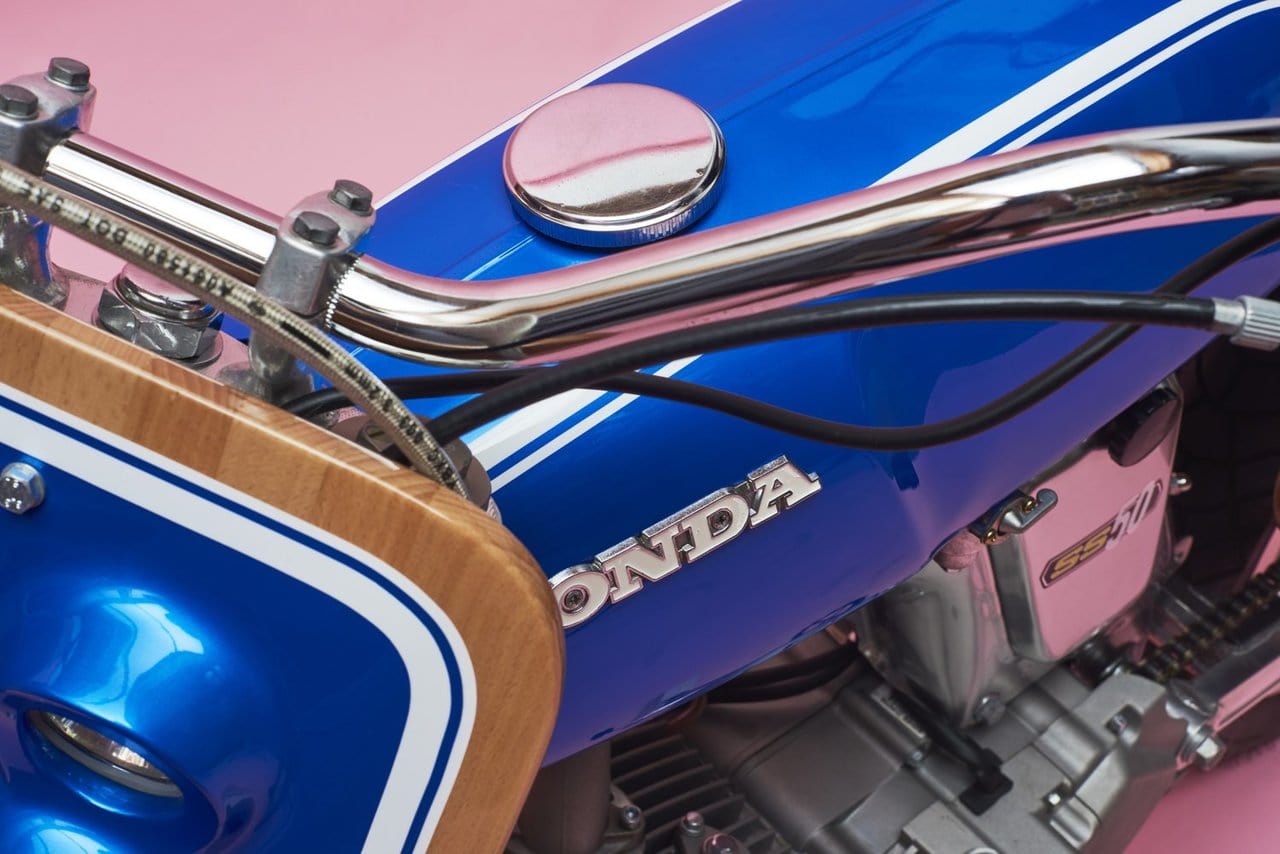 The Now is currently just an idea in digital space, but Piredda & Partners will likely find someone crazy enough to fund it into reality.

The Convercycle presents a clever 2-in-1 system that lets you transform this e-bike into an emission-free platform to haul cargo.

ModyPlast's Mody teardrop trailer can go from city driving to off-grid adventures with its lightweight and compact yet fully functional case that offers a sleeping area and solar power.

These days, consumers expect capacitive touch interfaces and support for the latest connectivity options which is exactly what the MBUX Hyperscreen offers.