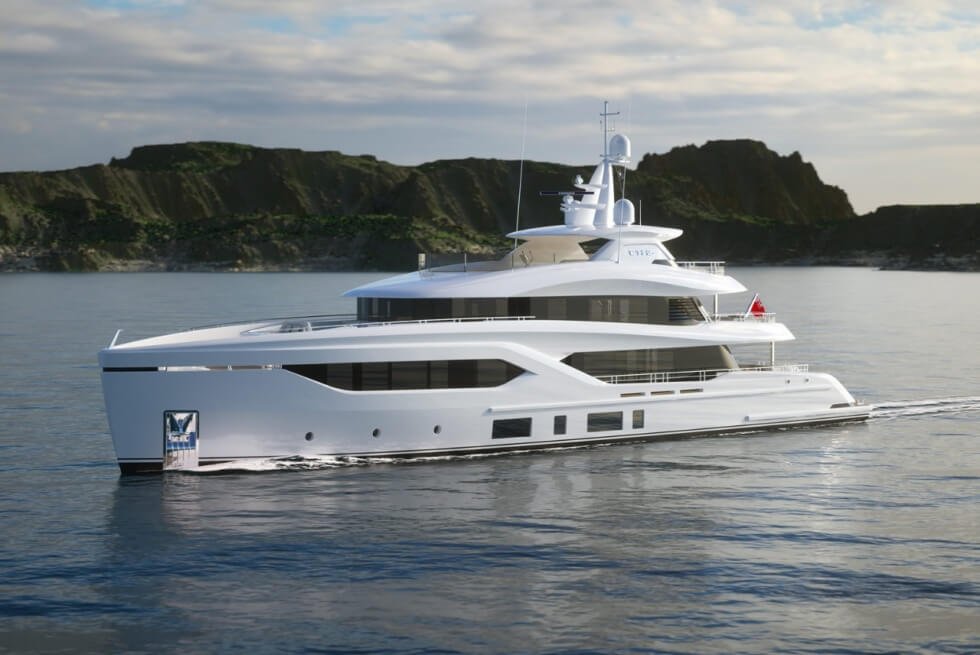 Just like car manufacturers, shipbuilders also regularly refresh their lineup. Since interested parties love to have choices, Conrad is more than happy to oblige. Following the success of its C133 christened the Viatoris, a Swiss client is ordering the first C144S dubbed the Ace. This model is large and equally opulent as its predecessor.

Work on the 145-foot leisure vessel at the group’s Gdansk shipyard began in the summer of 2020. According to Conrad, this magnificent ship’s target completion and delivery should be around October 2022. Official details reveal a steel monohull and an aluminum superstructure.

Her naval architecture is by Diana Yacht Design, while Reymond Langton Design pens the striking exterior. They also call on Milanese studio M2 Atelier to spruce up the elegance of its interiors. As for the mechanical engineering and the rest of the Ace’s construction, Conrad’s team is handling the task.

Renders of the superyacht share more about what each space and volume is all about. First, we have the sun deck furnished with generous seating at the rear, a large table with additional chairs, a U-shaped bar, a treadmill, and a small pool at the front.

Next is the bridge deck which features a saloon, an outdoor dining area with lounge seats, a galley, the wheelhouse, the captain’s quarters, and sun pads with seating toward the bow. The main deck is where the full-beam owner’s suite is located. It has an office and a walk-in closet.

Elsewhere, you have the main saloon/dining area, an outdoor lounge, and a beach club with a swim platform. Meanwhile, the lower deck of the Ace shows two guest cabins, two VIP cabins, and four crew cabins. Two CAT C18 engines provide propulsion with cruising speeds of up to 13 knots. 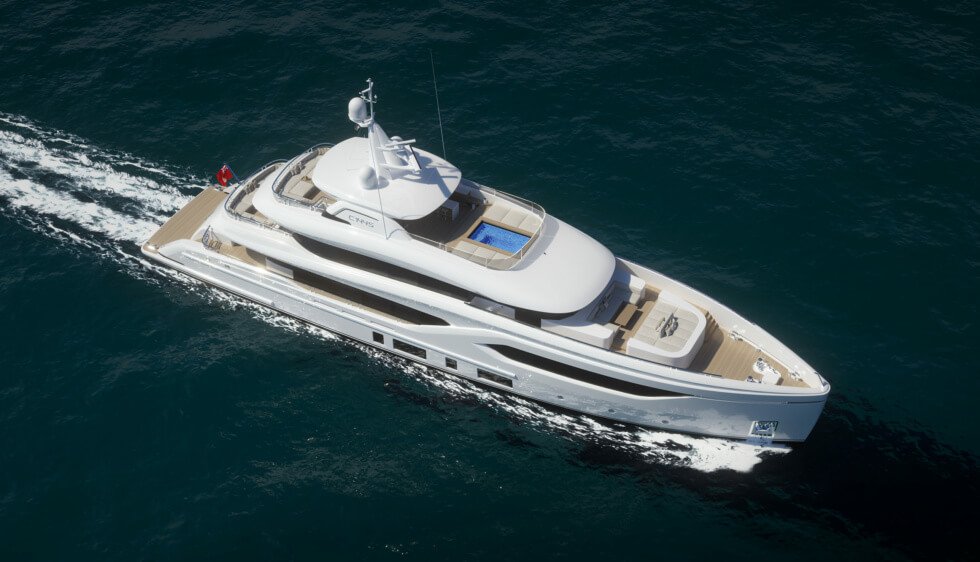 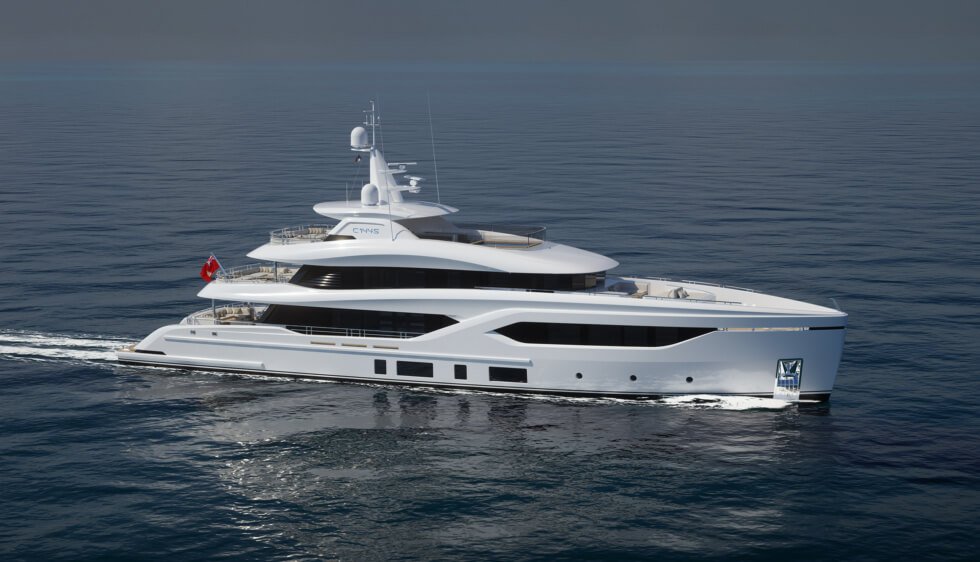 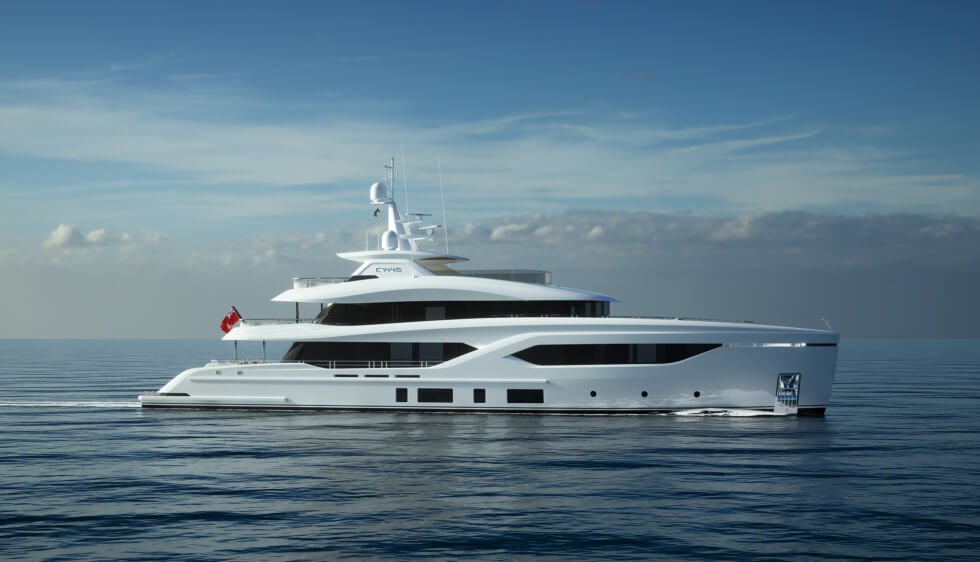 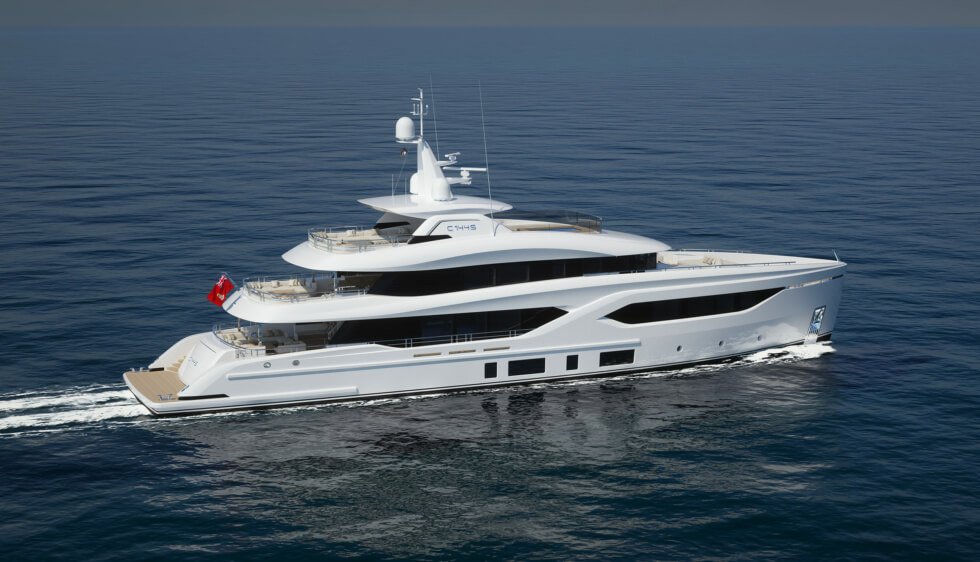 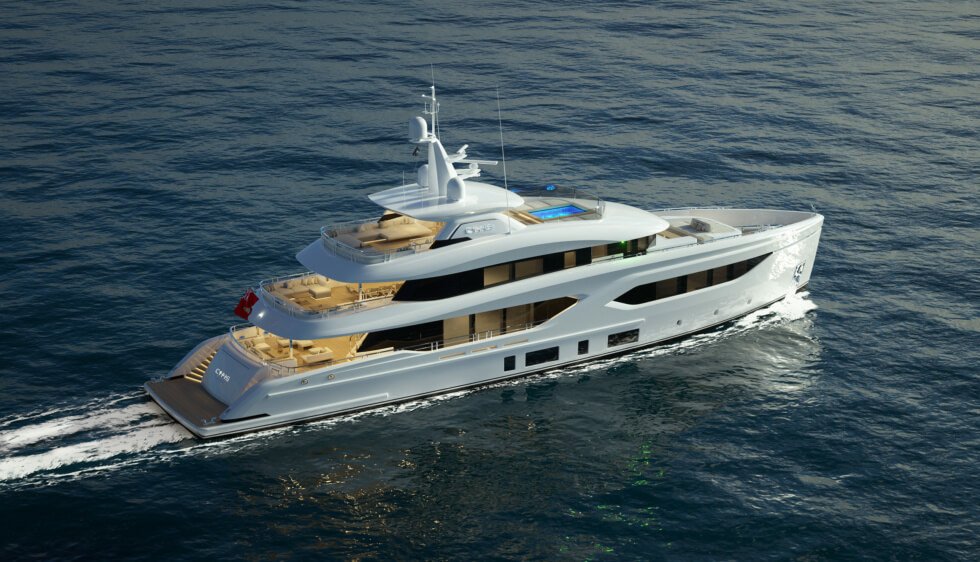 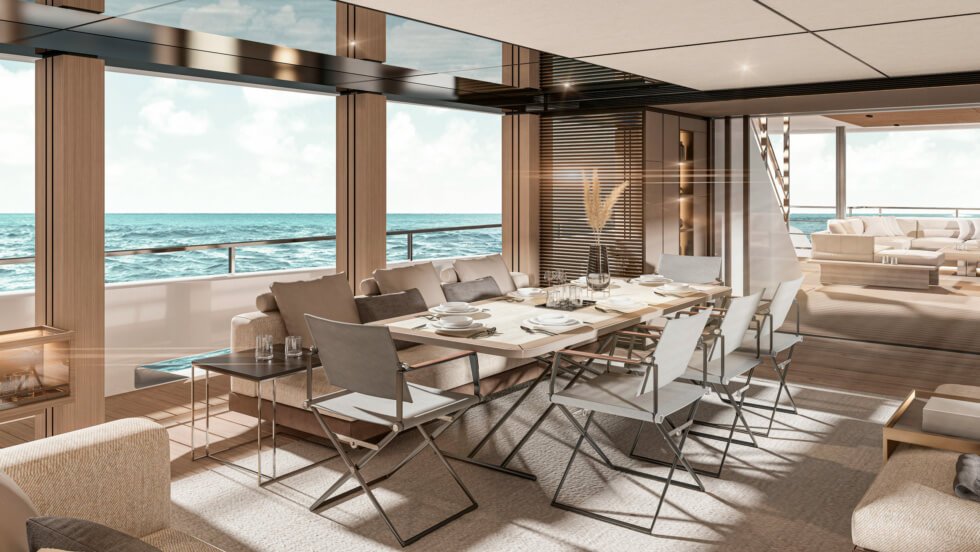 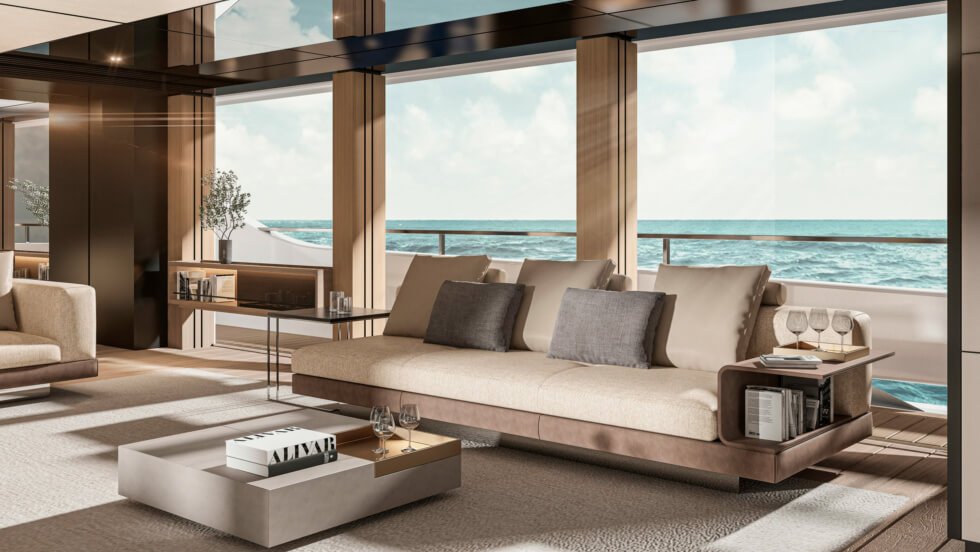 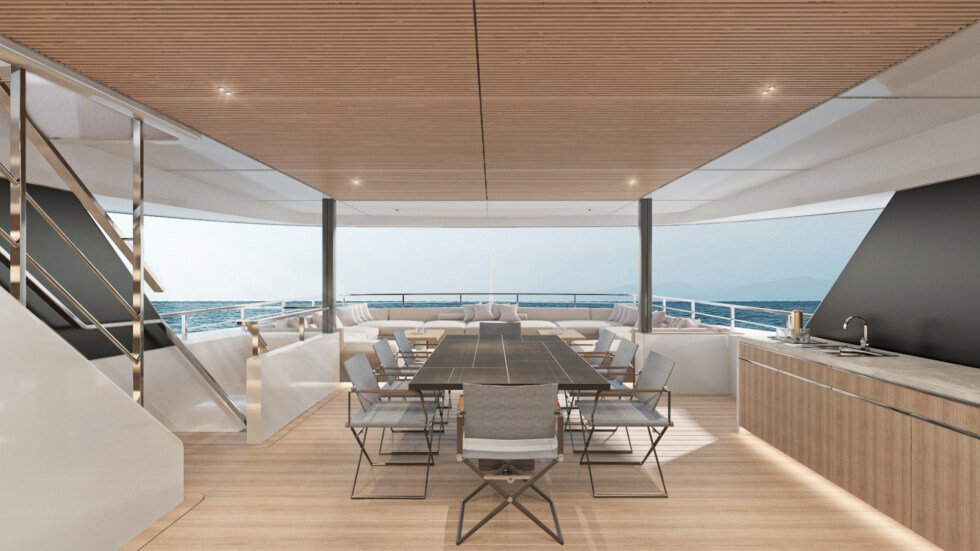 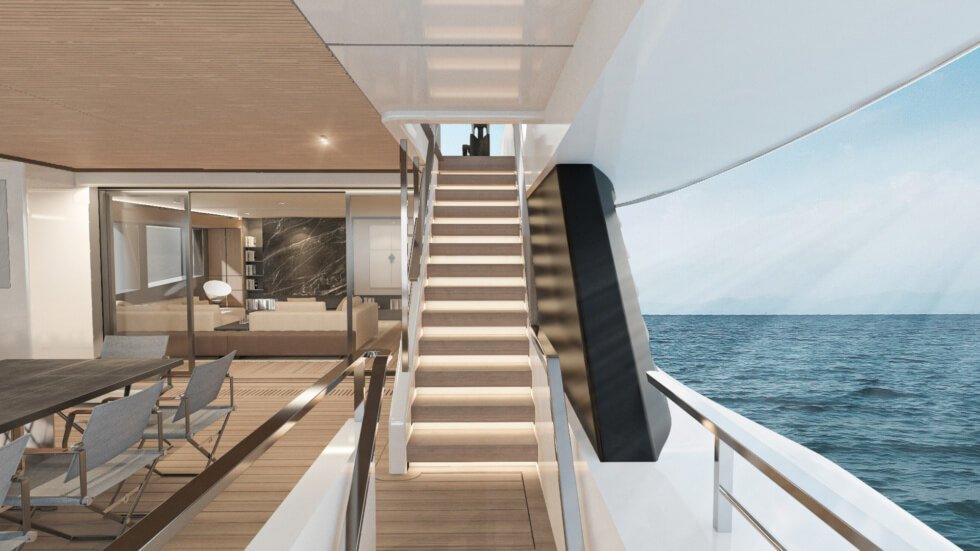 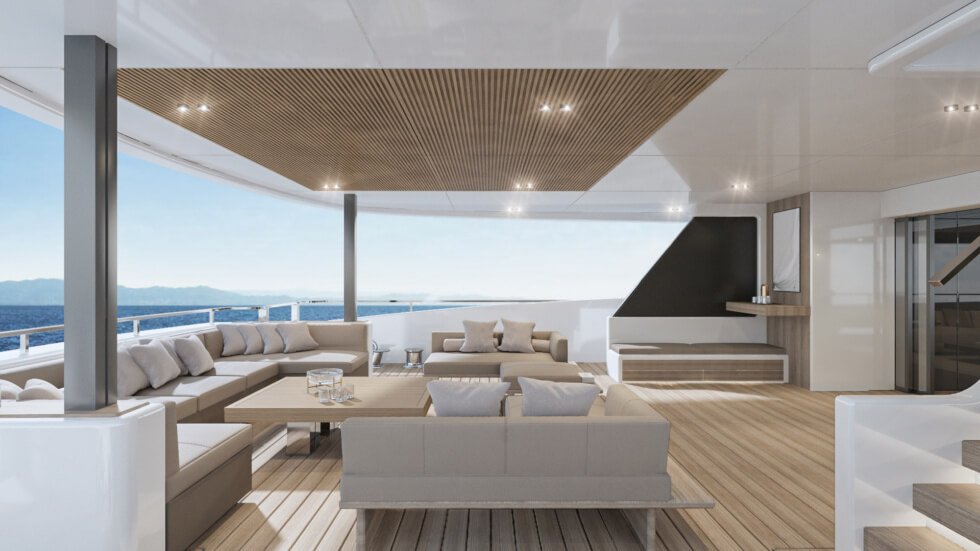 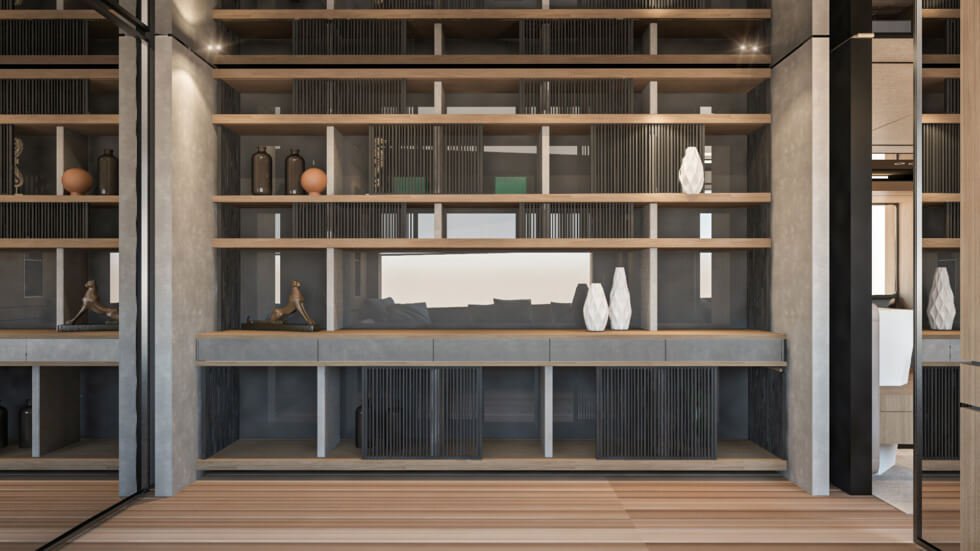 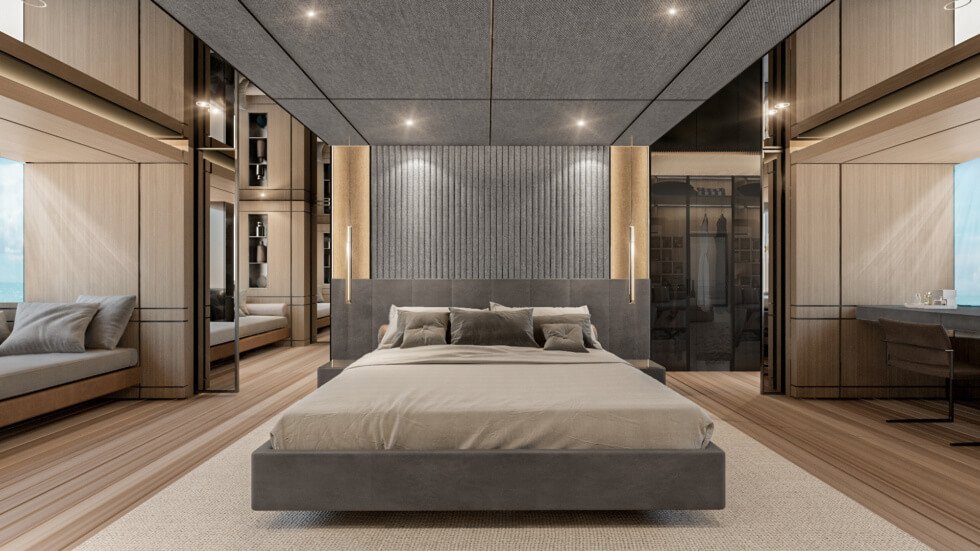 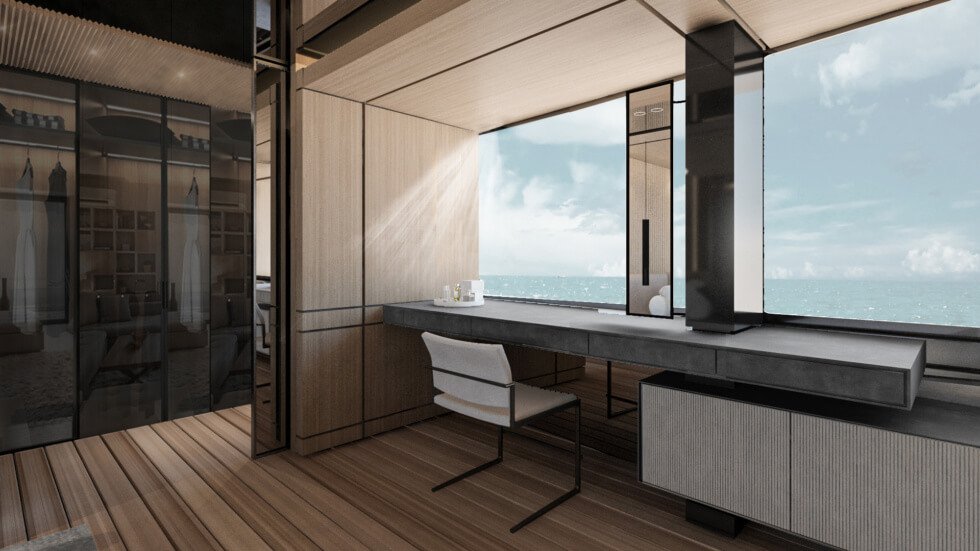 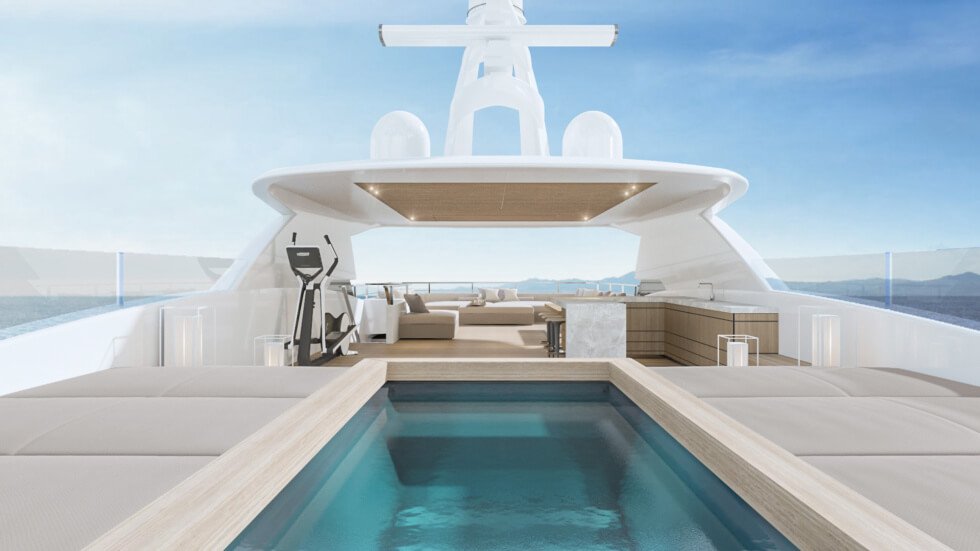 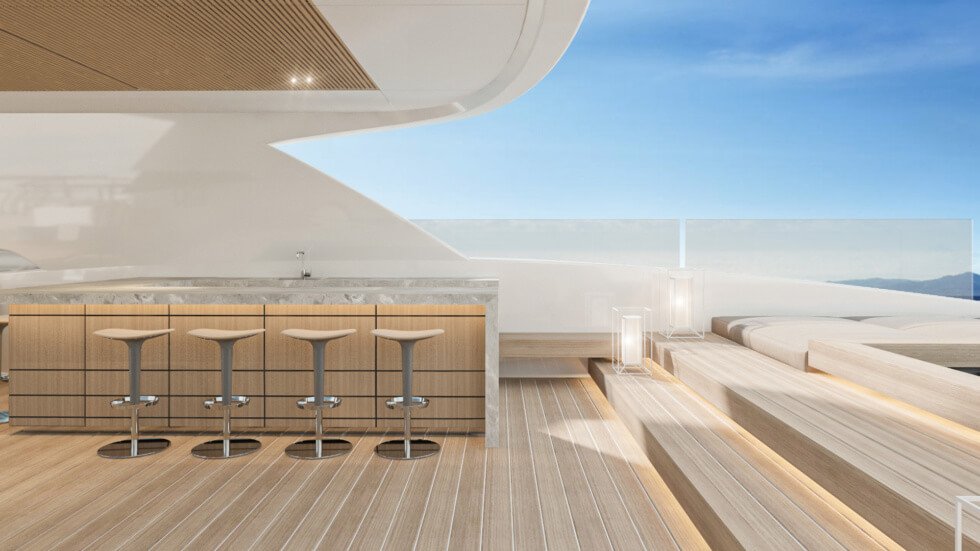 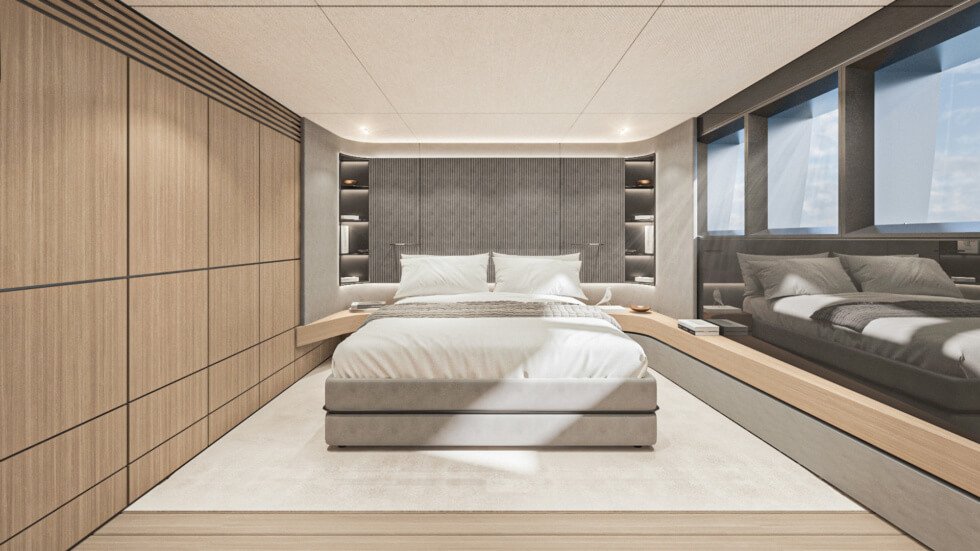 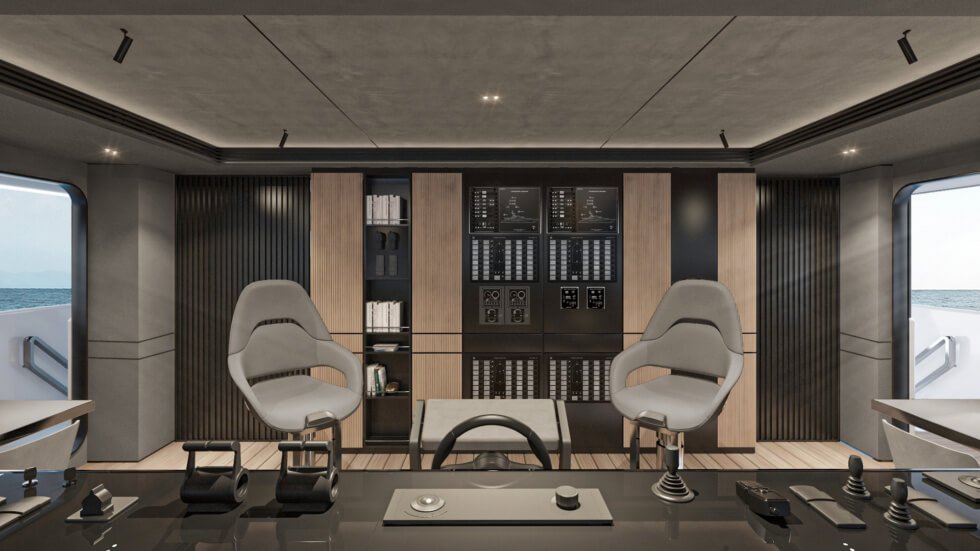 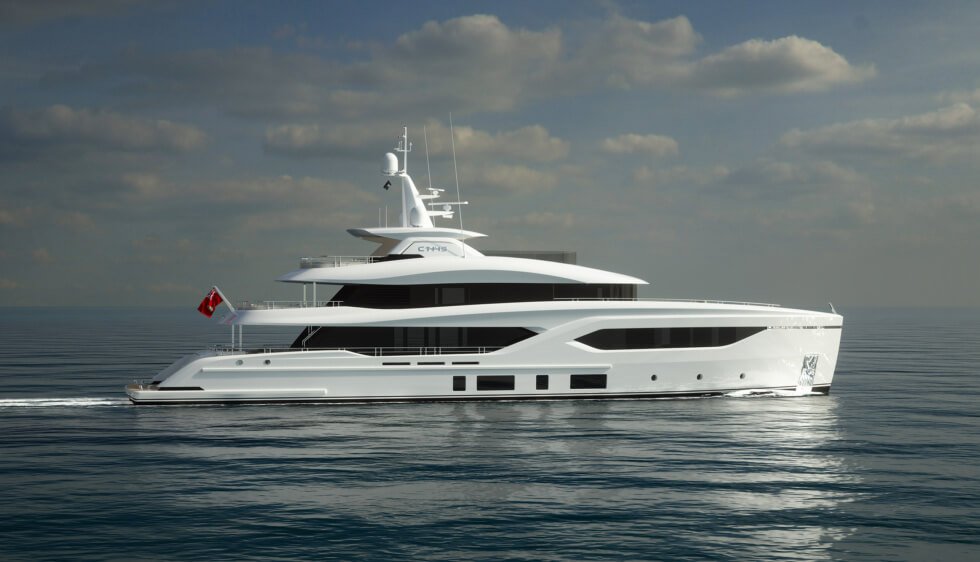 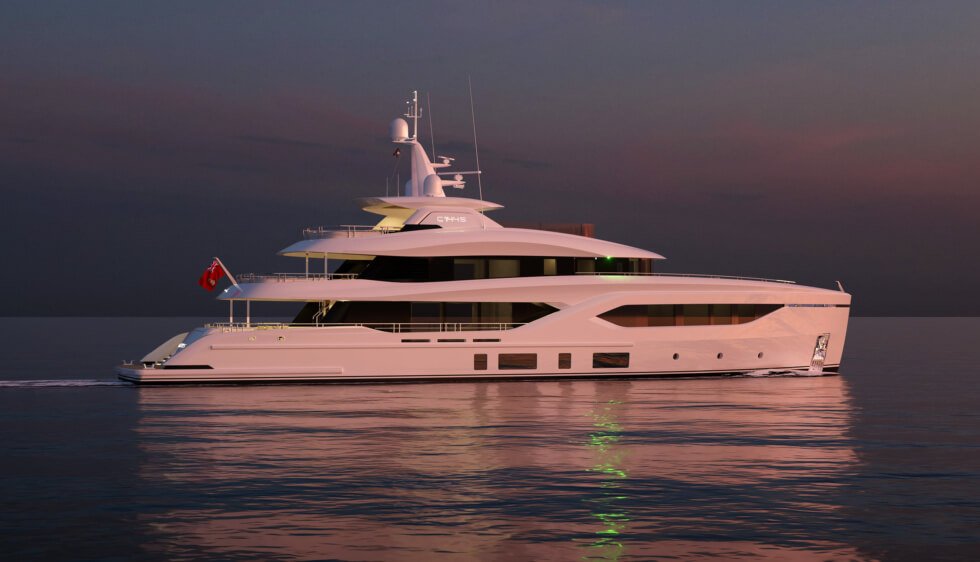 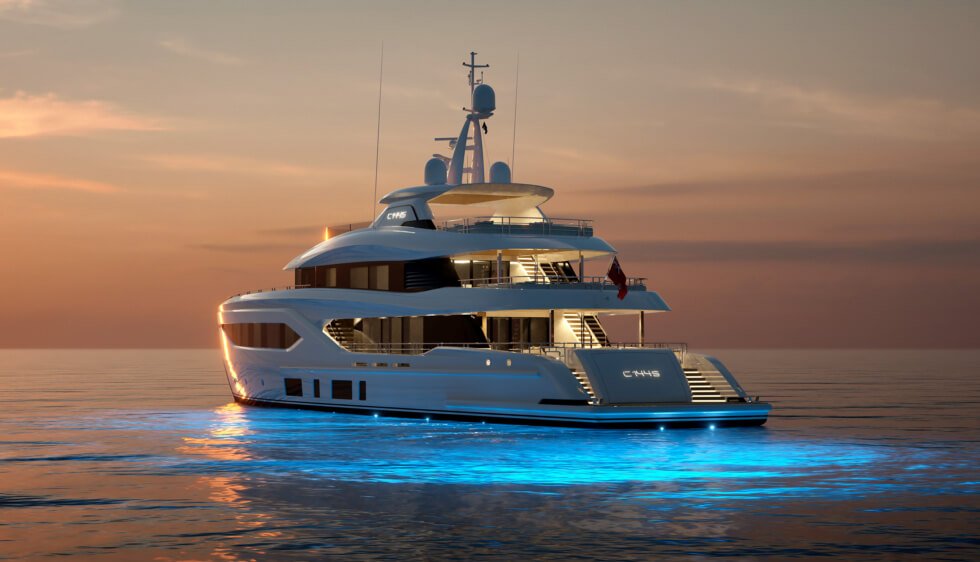 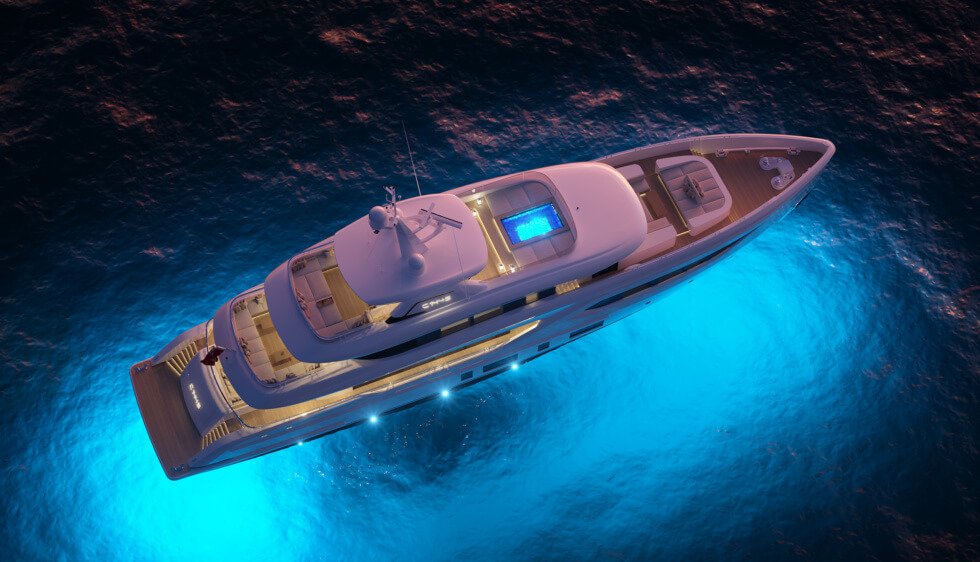