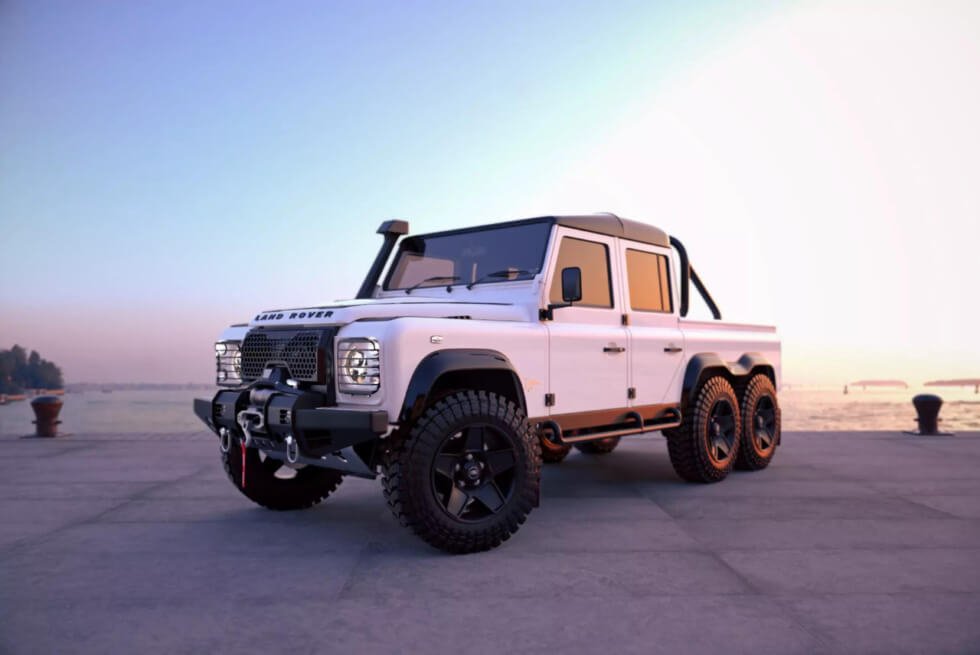 Naming your company Classic Overland is directly advertising what the lineup is all about. In 2019, the shop unveiled a stealthy truck they called the Project Black Mamba. Now, the team is revisiting the build this 2022 and dubbing it the White Rhino. Just like its predecessor, this is a custom 6×6 ready for all types of outdoor adventures.

They point out that the inspiration behind its latest undertaking comes from South Africa. It saw action as a rugged emergency vehicle used to transport firefighters. Sourcing it from a fire station in Franschhoek, the defender was already configured with an extra axle.

Moreover, originally under the hood is a 3.5-liter V8 tuned to help the White Rhino haul water over challenging terrain. Classic Overland swaps that out for 6.2-liter LT4 power plant from General Motors. Then, they’re mating it to a 10-speed automatic transmission.

With a bit of tuning, the mill produces around 682 horsepower. Years of sitting under the sun really did a number on the exterior. As such, it now welcomes a flashy Icy White coat with matte black elements to add some contrast. This cool overlander retains the old-school aesthetics but looks menacing and powerful.

It also boasts several add-ons to ensure highly capable performance while on and off the road. We see custom step bars, a snorkel, LED lighting, and a winch. The White Rhino rides on a six-piece set of blackout Khan Mondial Retro rims shod in beefy all-terrain tires.

Unfortunately, Classic Overland did not include photos of the cabin. However, it indicates that seats will have African premium leather upholstery. As with any of its offerings, buyers can personalize their White Rhino to suit their tastes. Topo Designs’ River Shorts Is Great On Land and Water

Topo Designs' River Shorts is quick-drying and moisture-wicking with a two-way stretch fabric to give you a full range of motions.