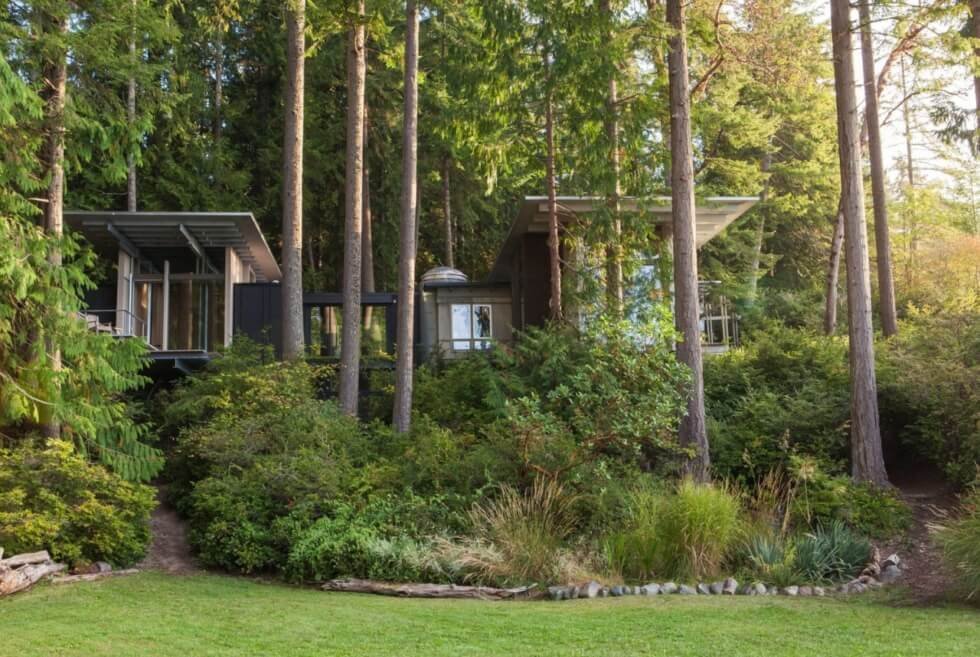 The Cabin at Longbranch located on Puget Sound started out as a 200-square-foot bunkhouse for Jim Olson and his family. He started working on it when he was 18 years old. Now it has transformed into a beautiful abode nestled amongst massive fir trees of an ancient forest.

Originally built in 1959, this property has morphed over subsequent remodels (1981, 1997, 2003, and 2014) into a modest yet elegant retreat house. Instead of destroying previous columns and volumes, the remodeling reused and integrated them into one unified building.

The Cabin at Longbranch initially consisted of three tiny pavilions connected by a wooden platform. In 2003, a unifying roof linked these pavilions to create a single form perched on the hillside and slightly projecting over the forest landscape. Meanwhile, a large wall of glass dominates the living room. It offers expansive views of the adjoining fields and Puget Sound. It seamlessly blends the outdoors with the indoors.

Then in 2014, a master bedroom and a couple of guest rooms totaled the area to 2,400 square feet. To maintain the integrity of the topography, the cabin uses materials in subdued colors so the greenery will stand out. It uses simple and readily-available materials including plywood or recycled boards to sheath the wood-framed walls both inside and outside.

Moreover, steel columns support glulam beams and these beams in turn support the exposed roofing. As for the interior, the Cabin at Longbranch boasts spaces that flow seamlessly to the outside as materials, like rocks, continue from inside to the outside through invisible sheets of glass. The cabin even has three mature fir trees that are incorporated into the design. They go through openings in the deck and one passes through an opening in the roof. 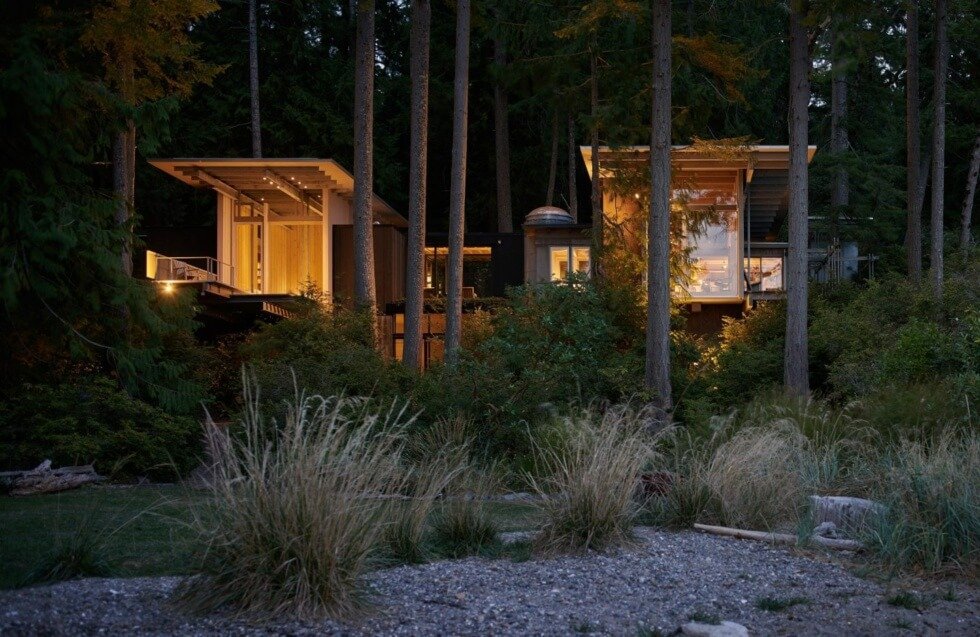 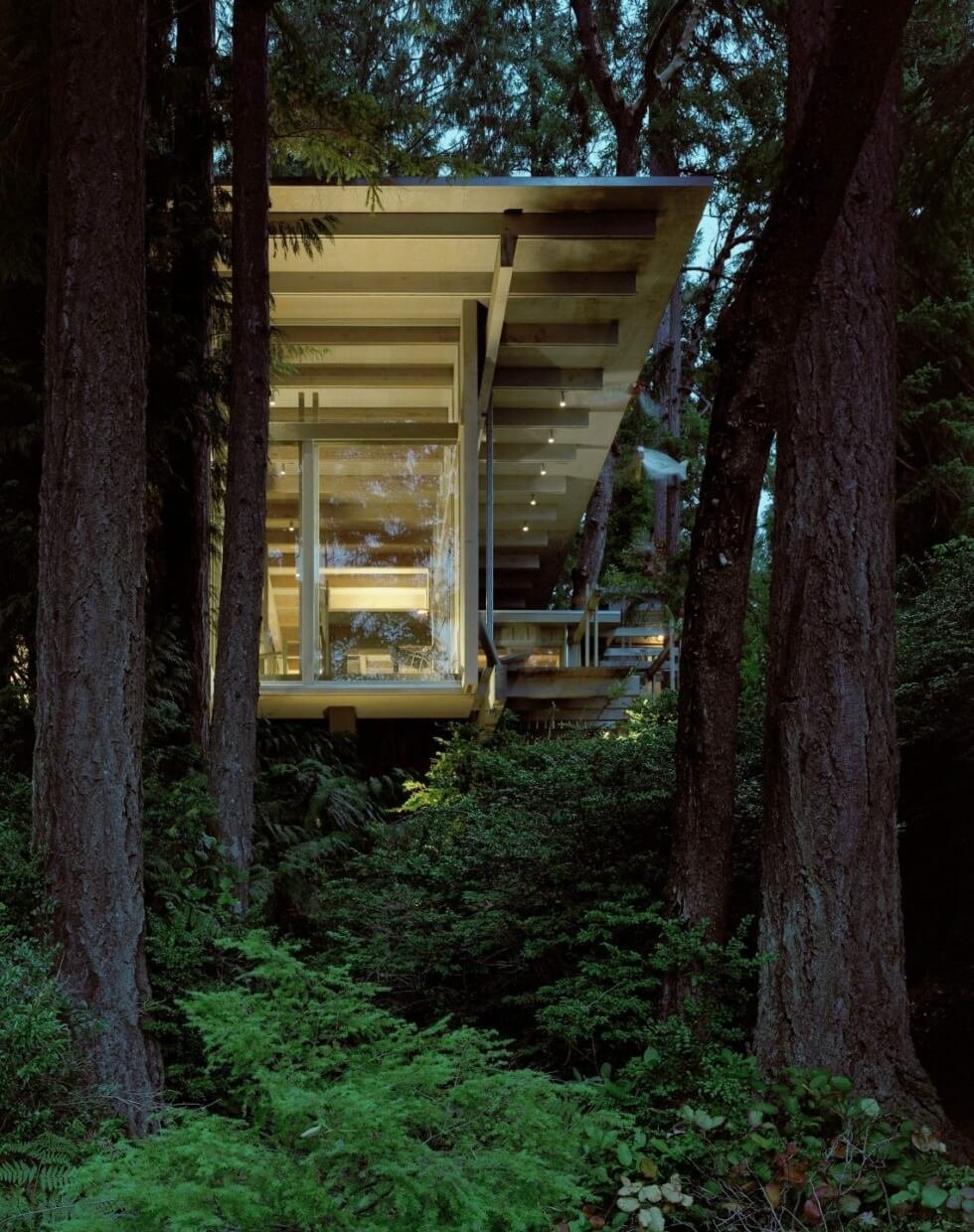 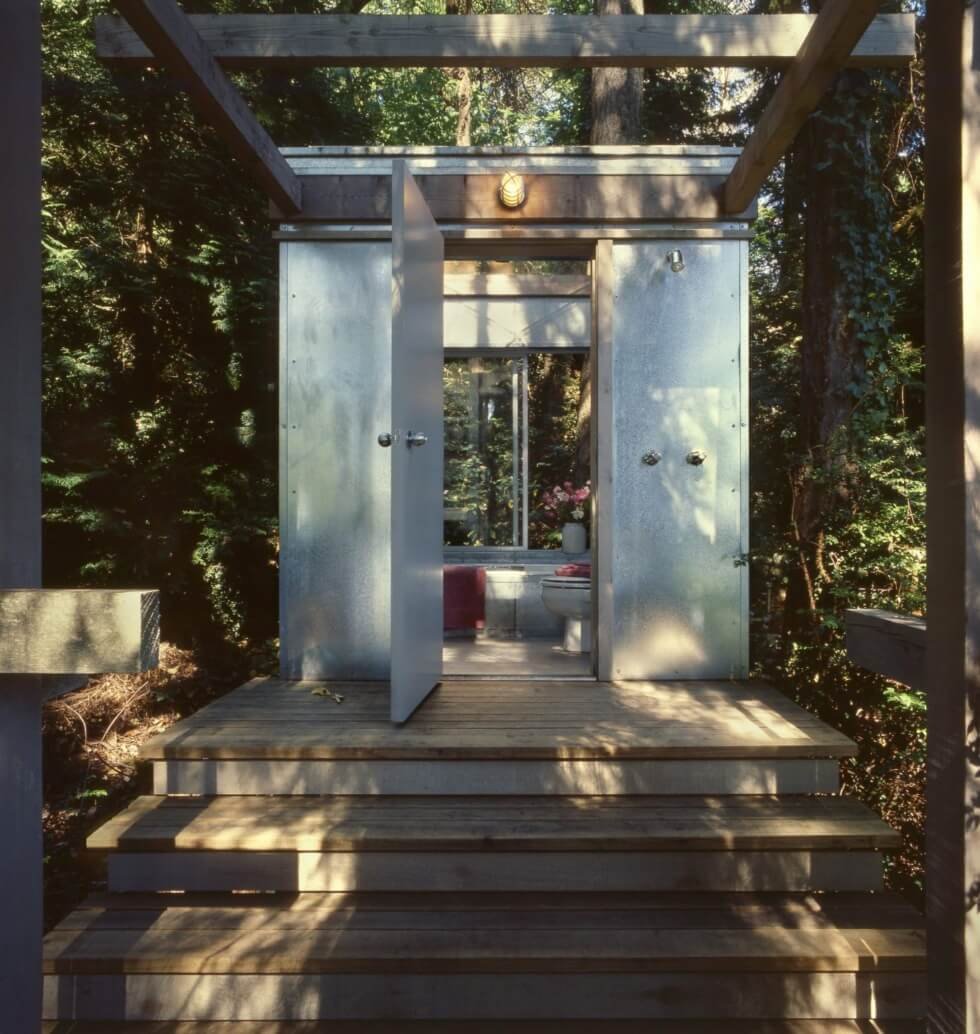 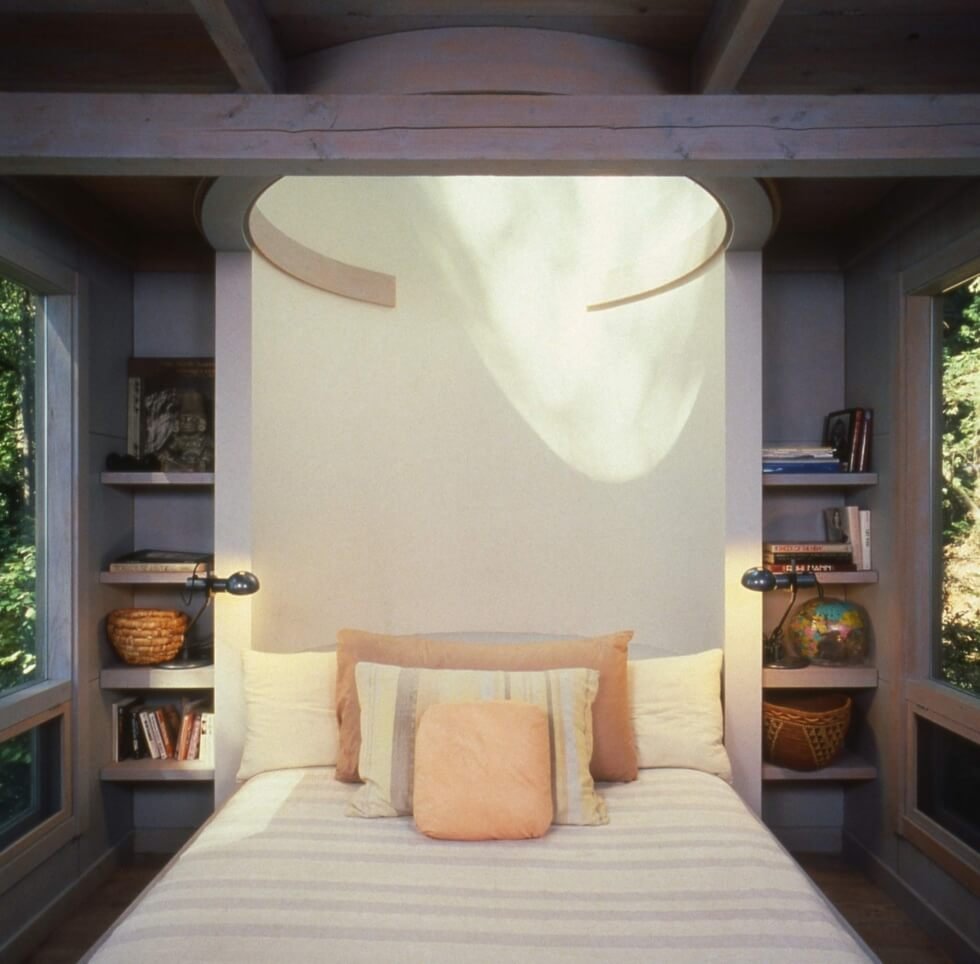 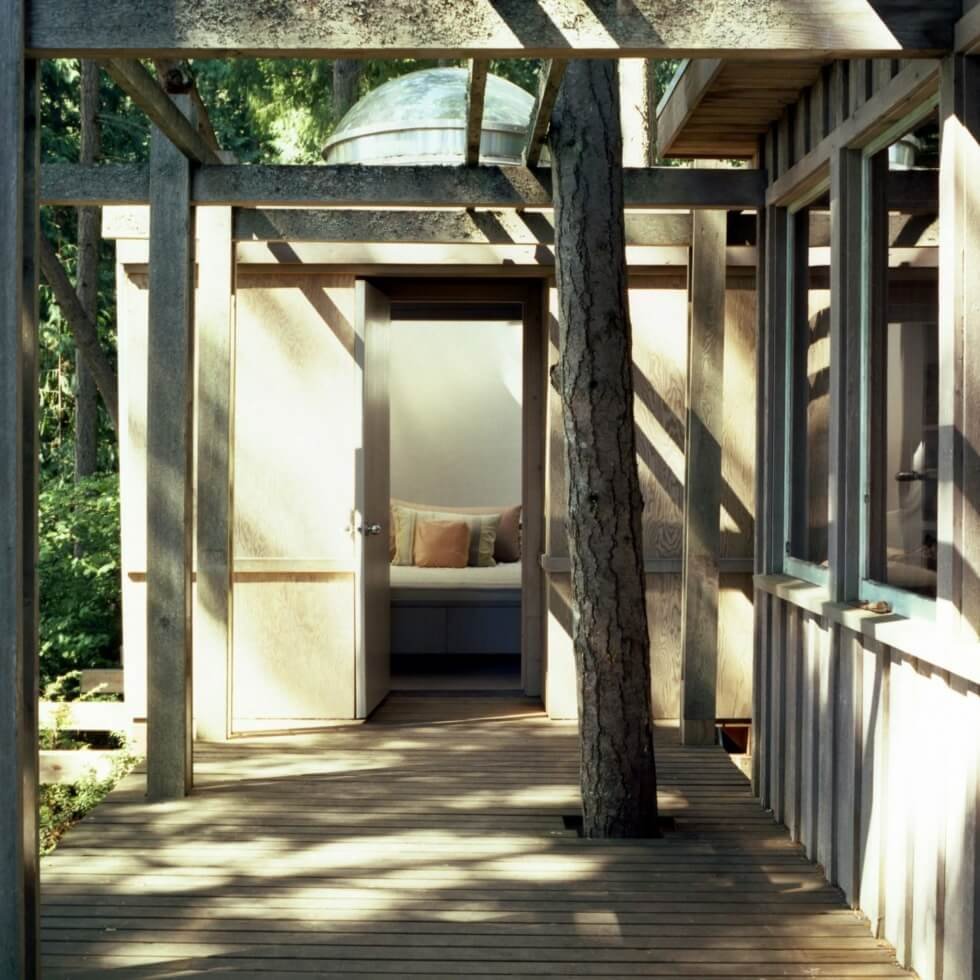 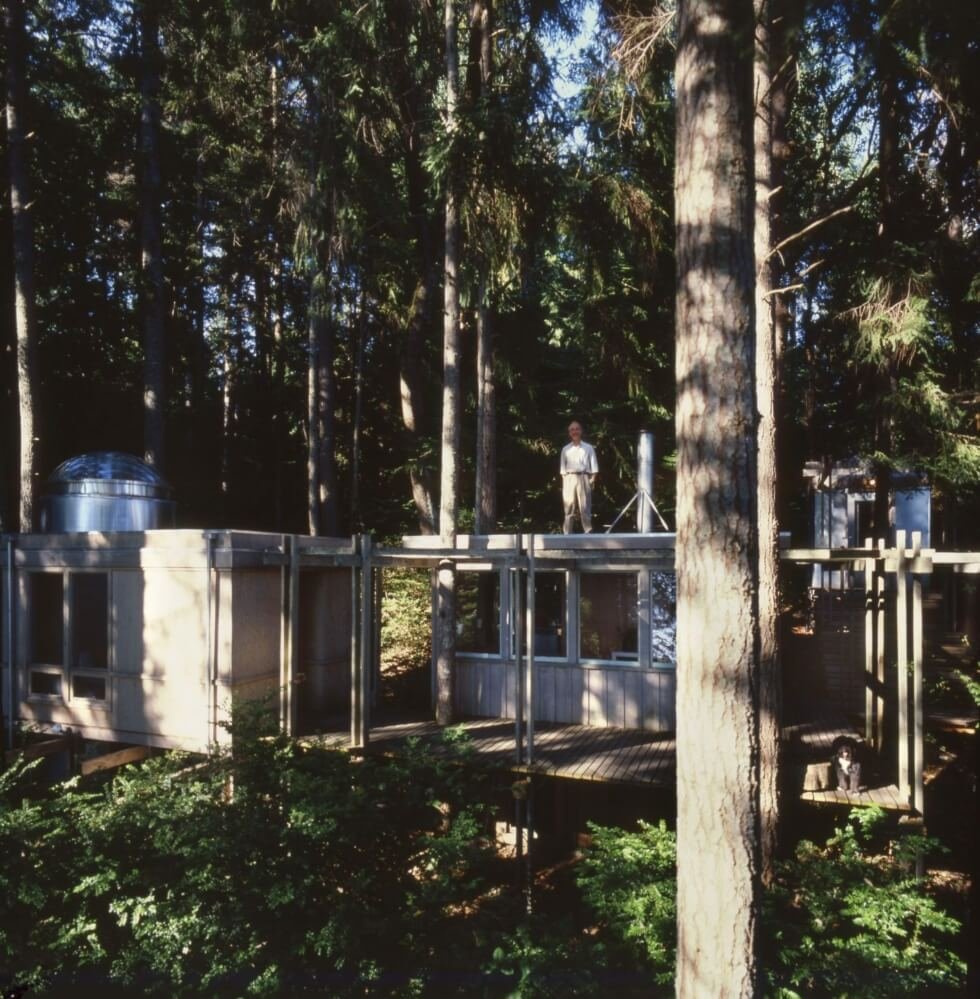 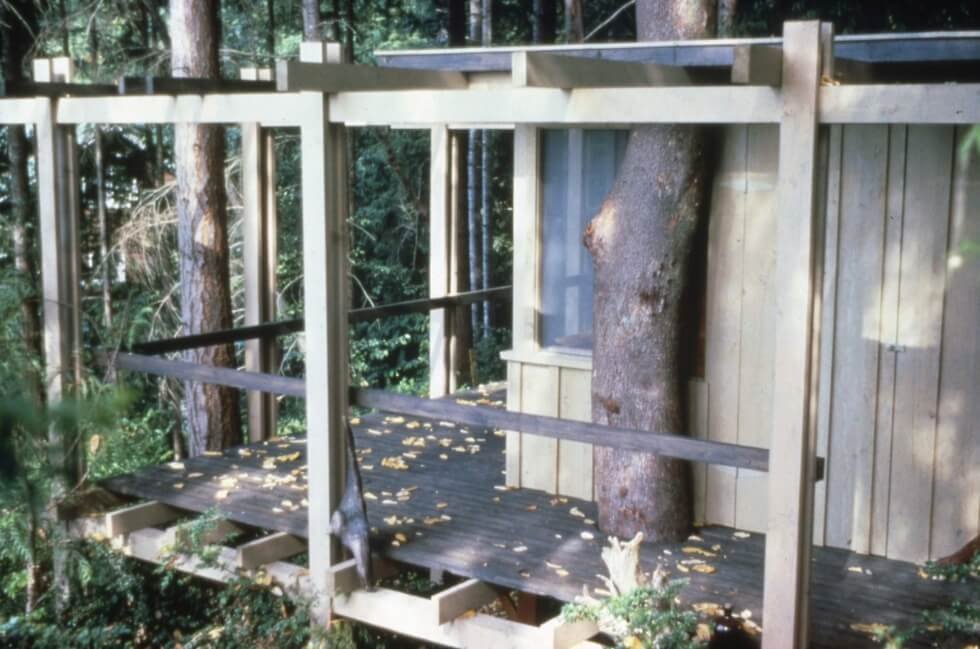 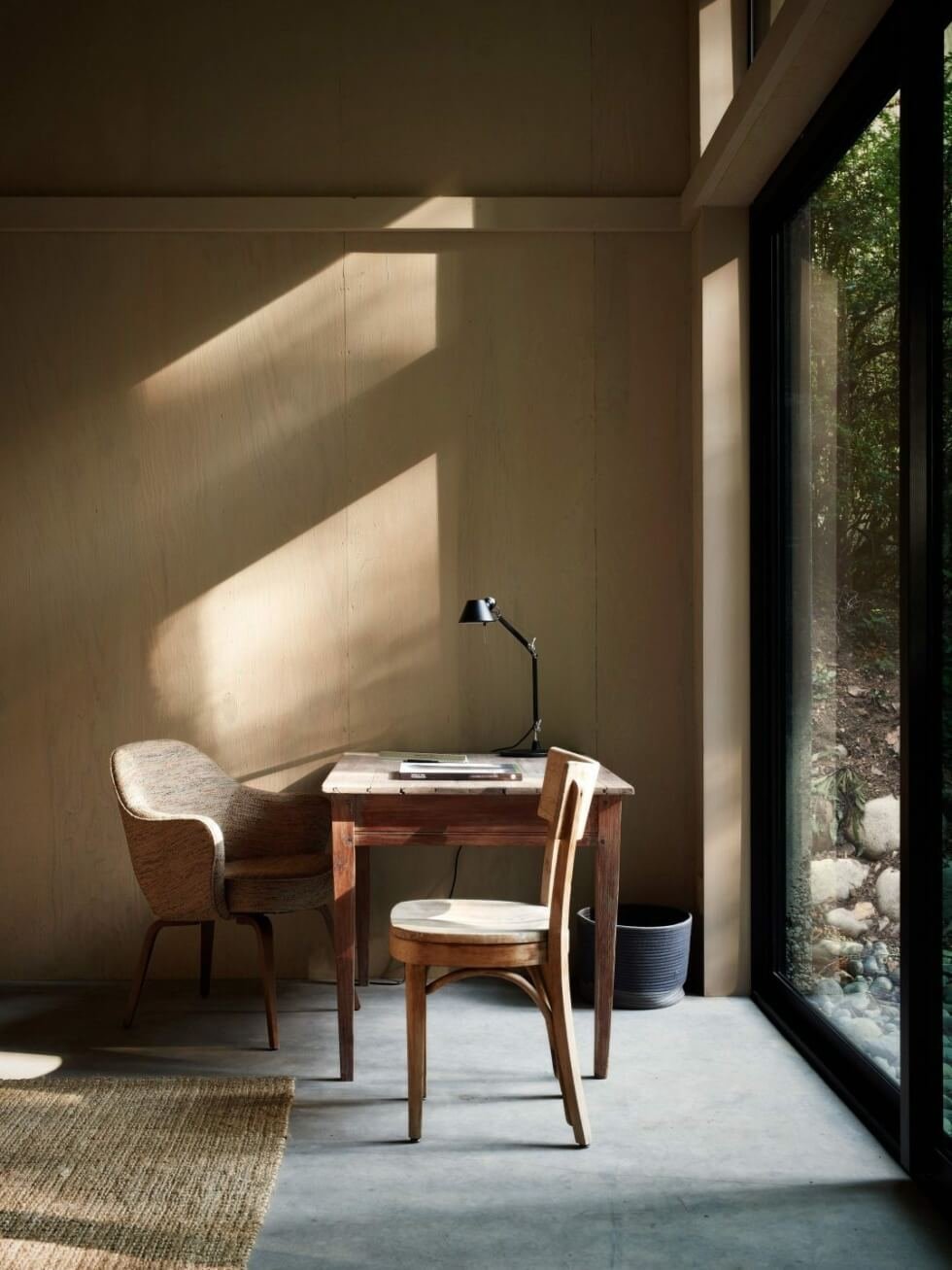 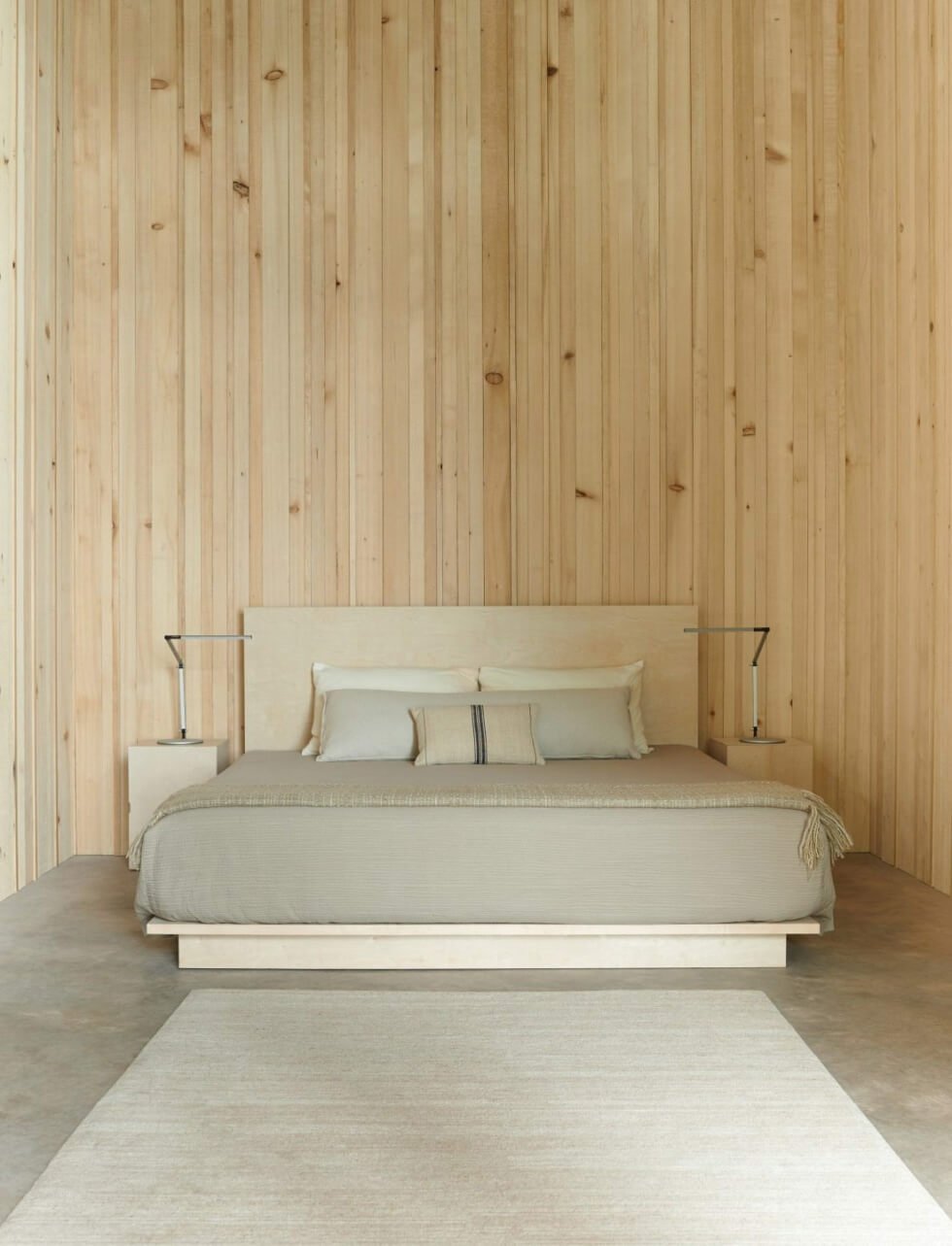 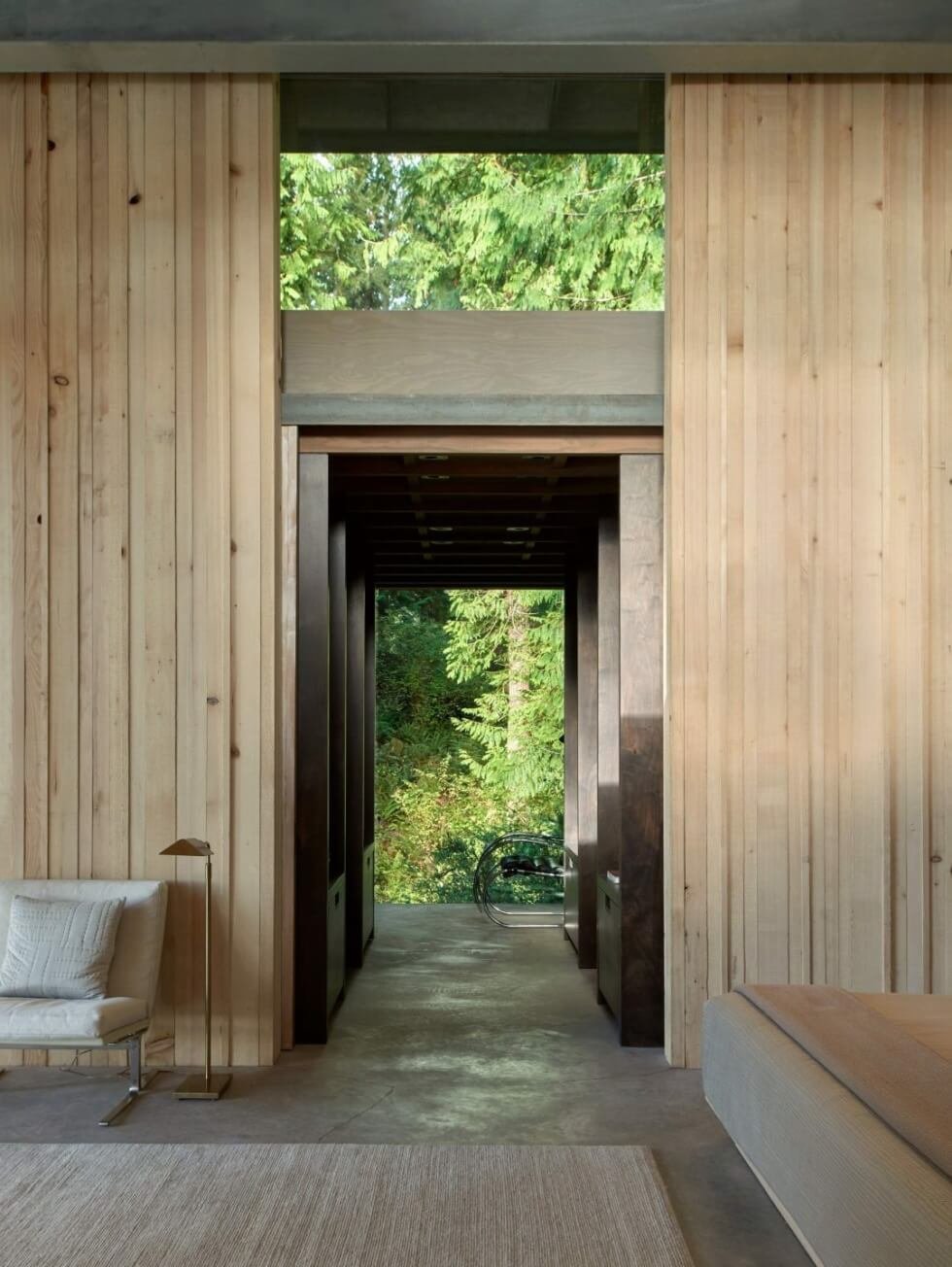 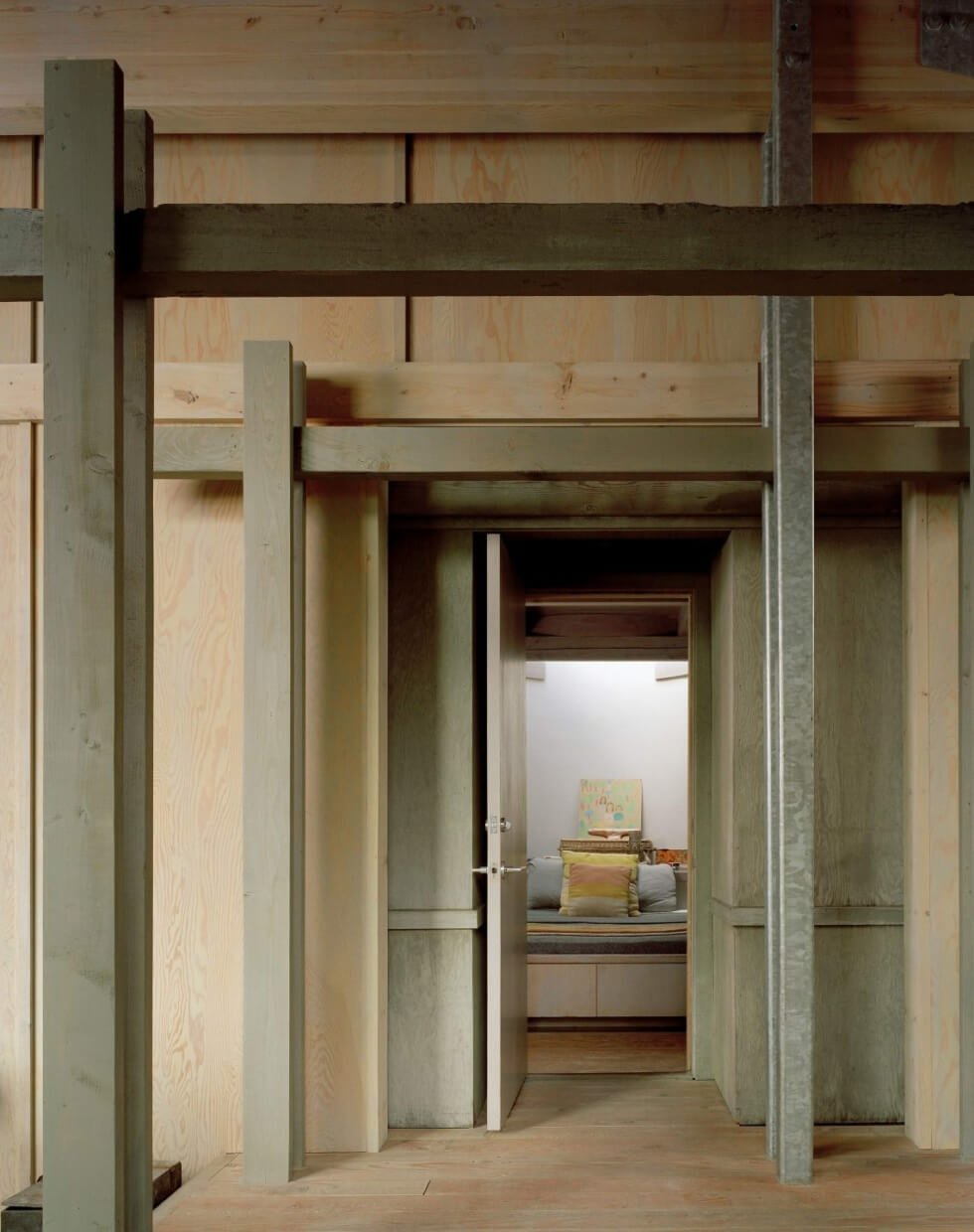 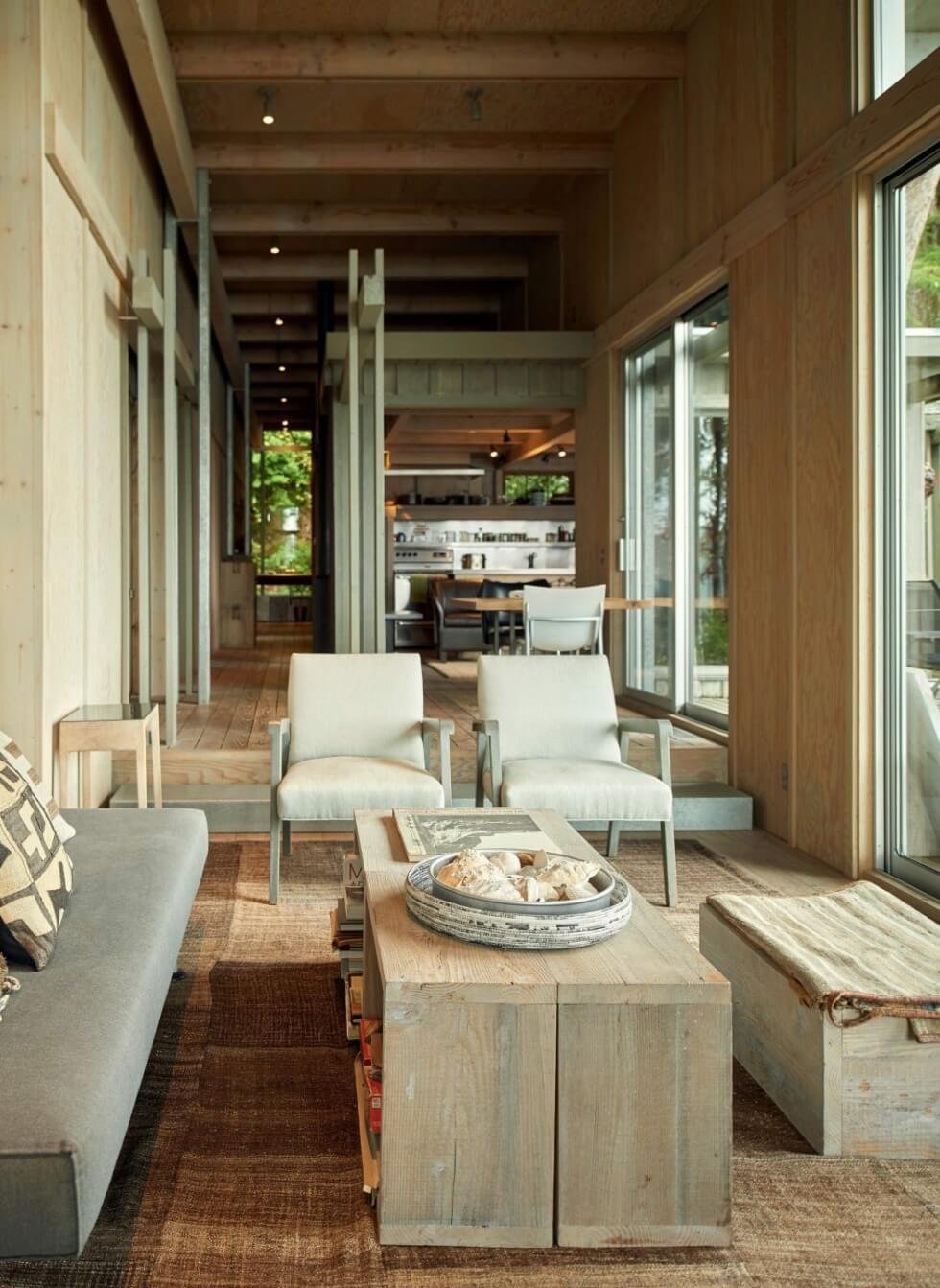 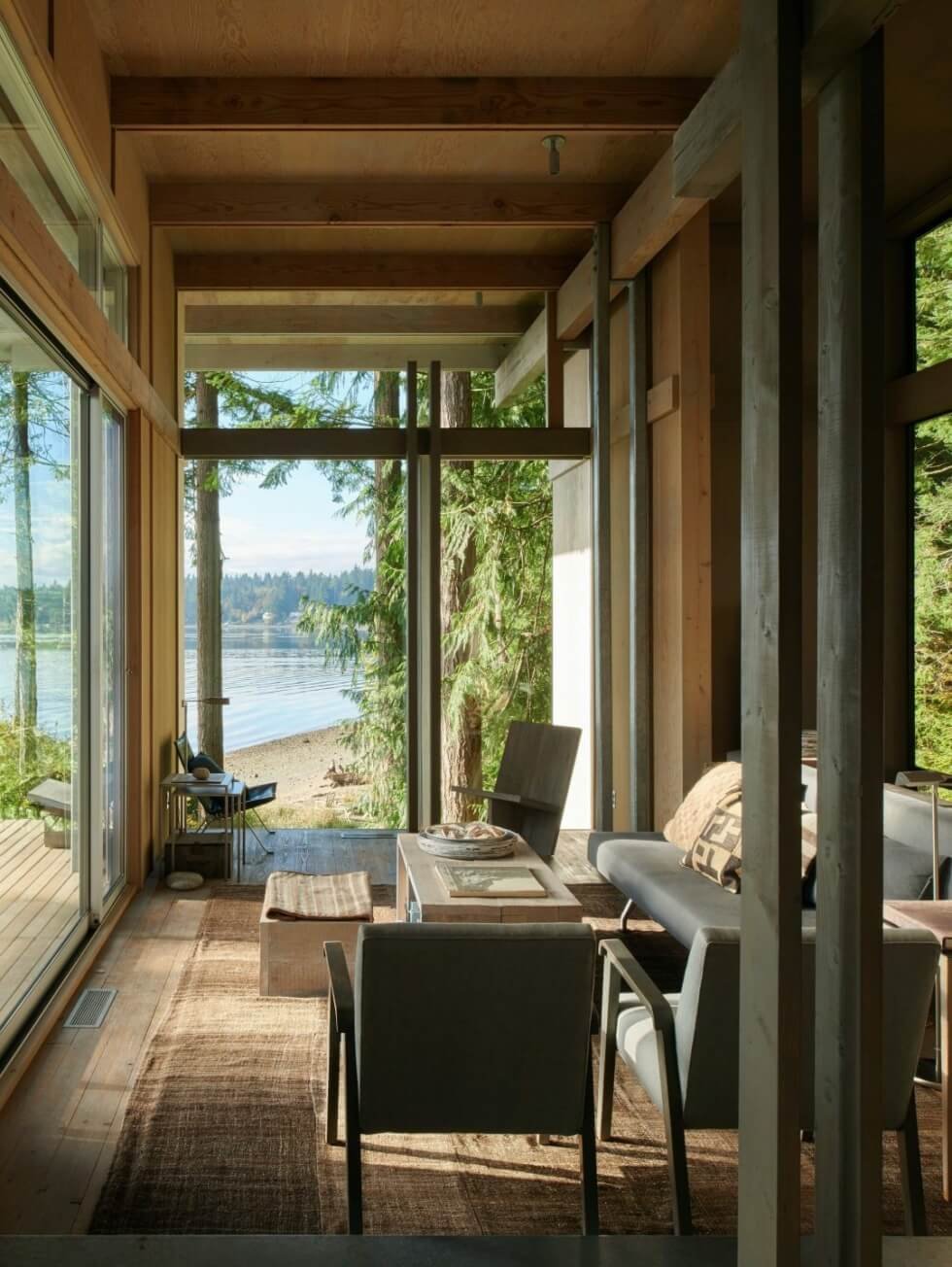 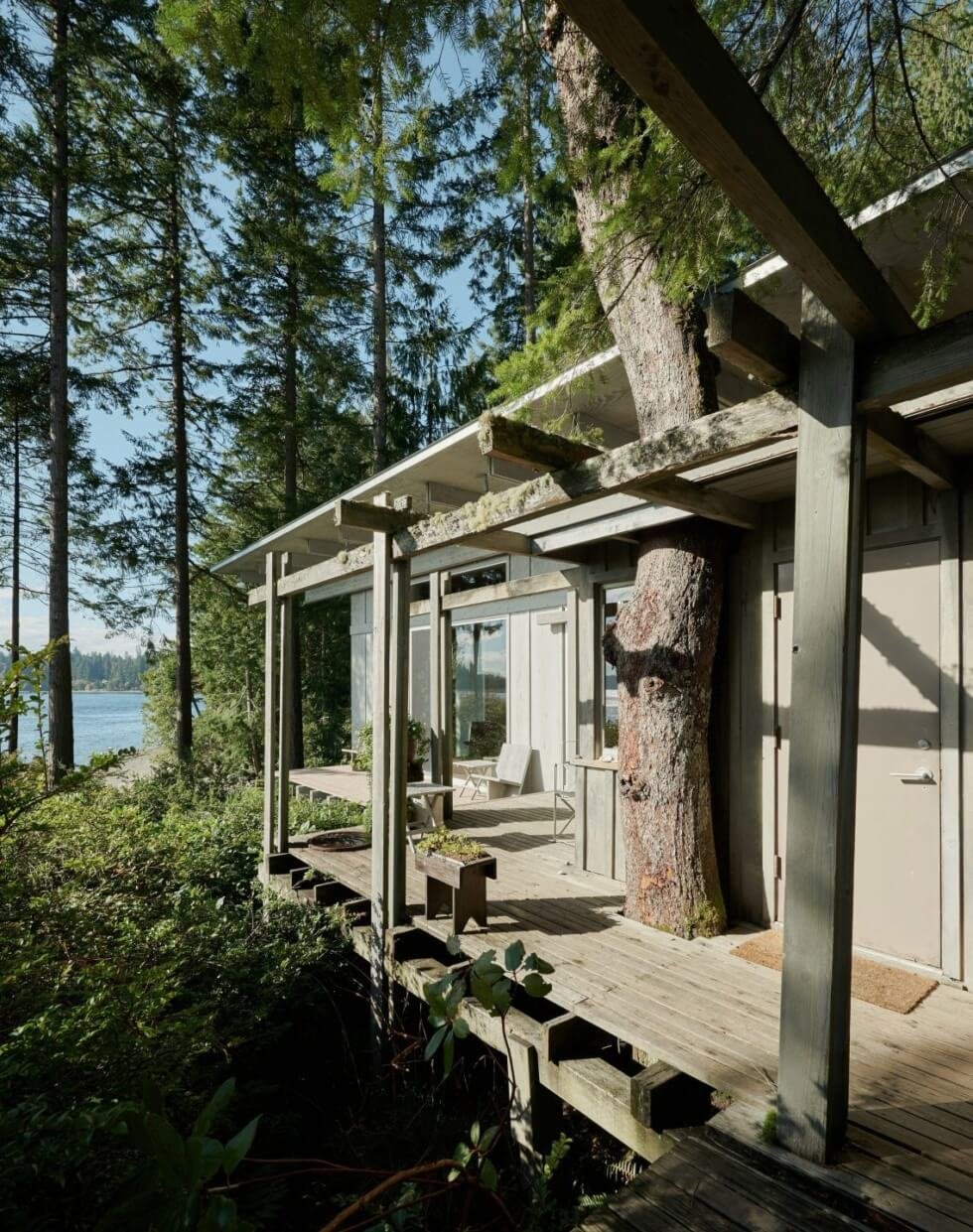 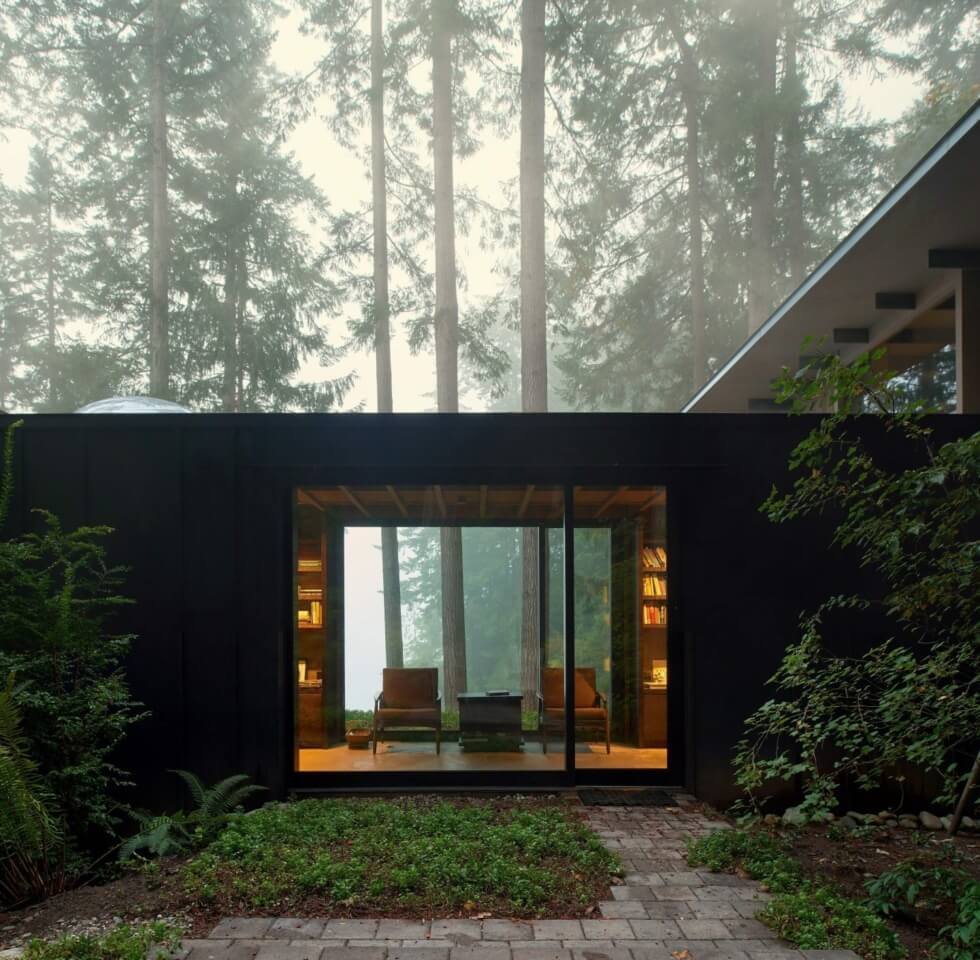 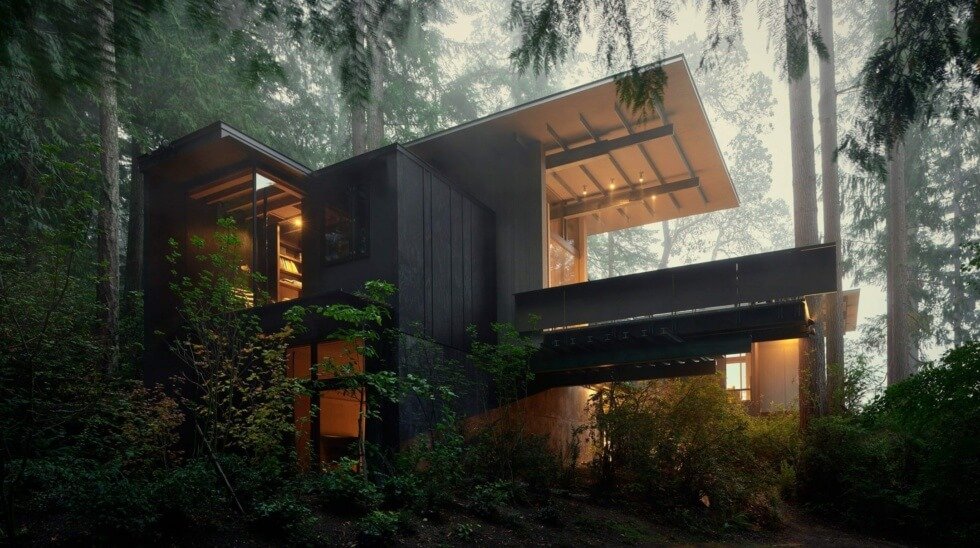