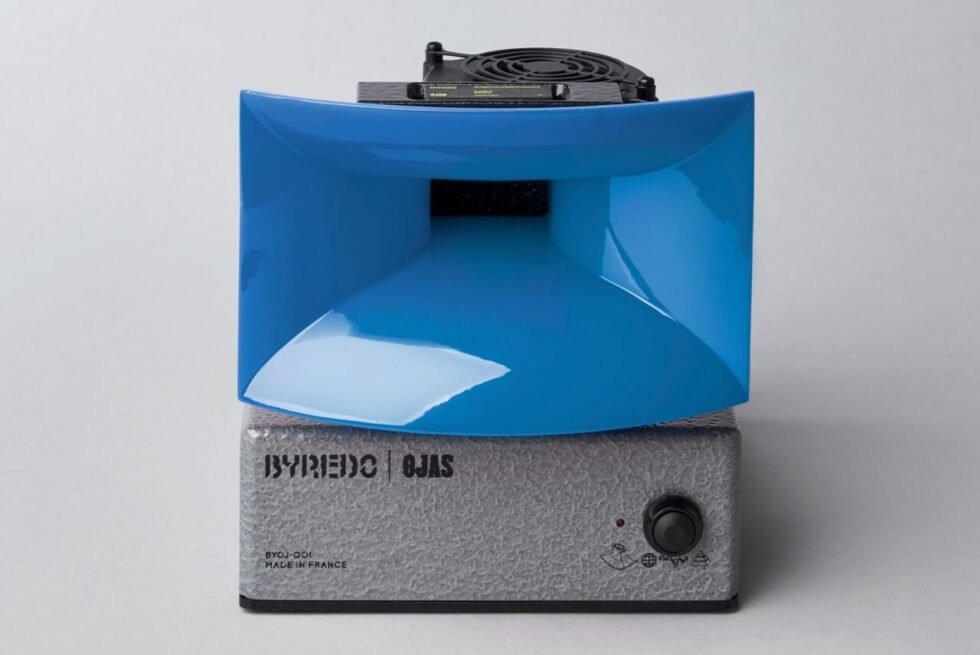 A while back we presented an odd product which many would easily mistake for a wireless speaker.  The fact that it resembles one makes it even more intriguing. Although it looks like a vintage audio device, the BYOJ-01 does not output anything acoustic. Instead, it is what you would describe as a premium fragrance diffuser or an Olfactive Stéréophonique.

We don’t have the exact details as to how many units were sold at the time. Still, it might have been more than enough to warrant another follow-up from Byredo and OJAS which now offer the Olfactive Stéréophonique in a bold blue colorway.

For those wondering, its design showcases Devon Turnbull’s unique take on custom sound systems. The man behind this cosmetic configuration manages to give it an old-school vibe. Instead of audio, the machine disperses a curated combination of scents via the horn which they label the Olfactive Pyramid.

The aroma it exudes is split into several notes. The top is incense, clove buds, and bay, while the heart packs ylang-ylang, labdanum, and carnation. Finally, it features a base of Haitian vetiver, papyrus, and guaiac woods. This is a limited-edition version of the Olfactive Stéréophonique that uses a dry diffusion system.

This means there is no heating element which can become a safety hazard during long-term use. The mechanics of how the Olfactive Stéréophonique works are similar to the original. It ships with 10 capsules which last around 50 days on average. It measures 145mm x 154mm x 189mm, and weighs about 5.1 lbs. Basically, it’s just a fancy way to make your rooms smell better. 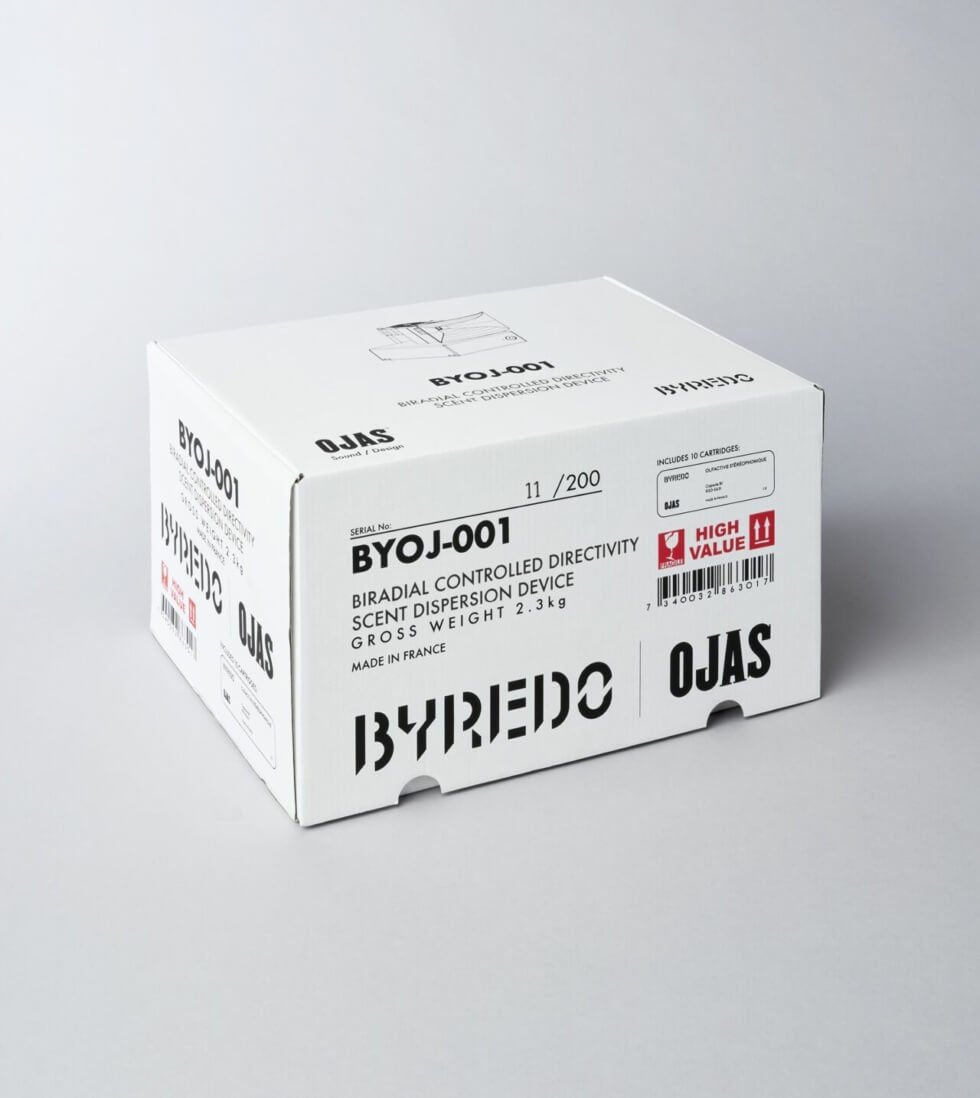 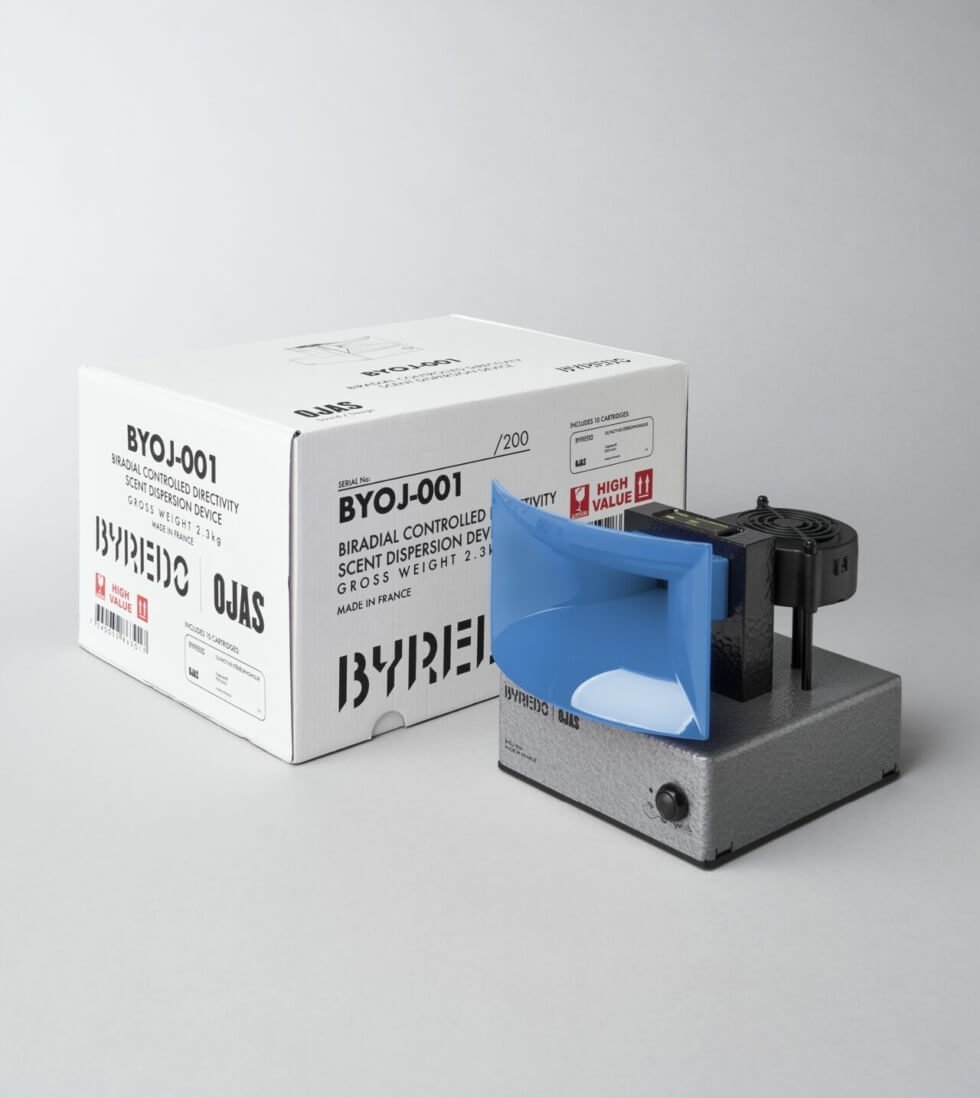 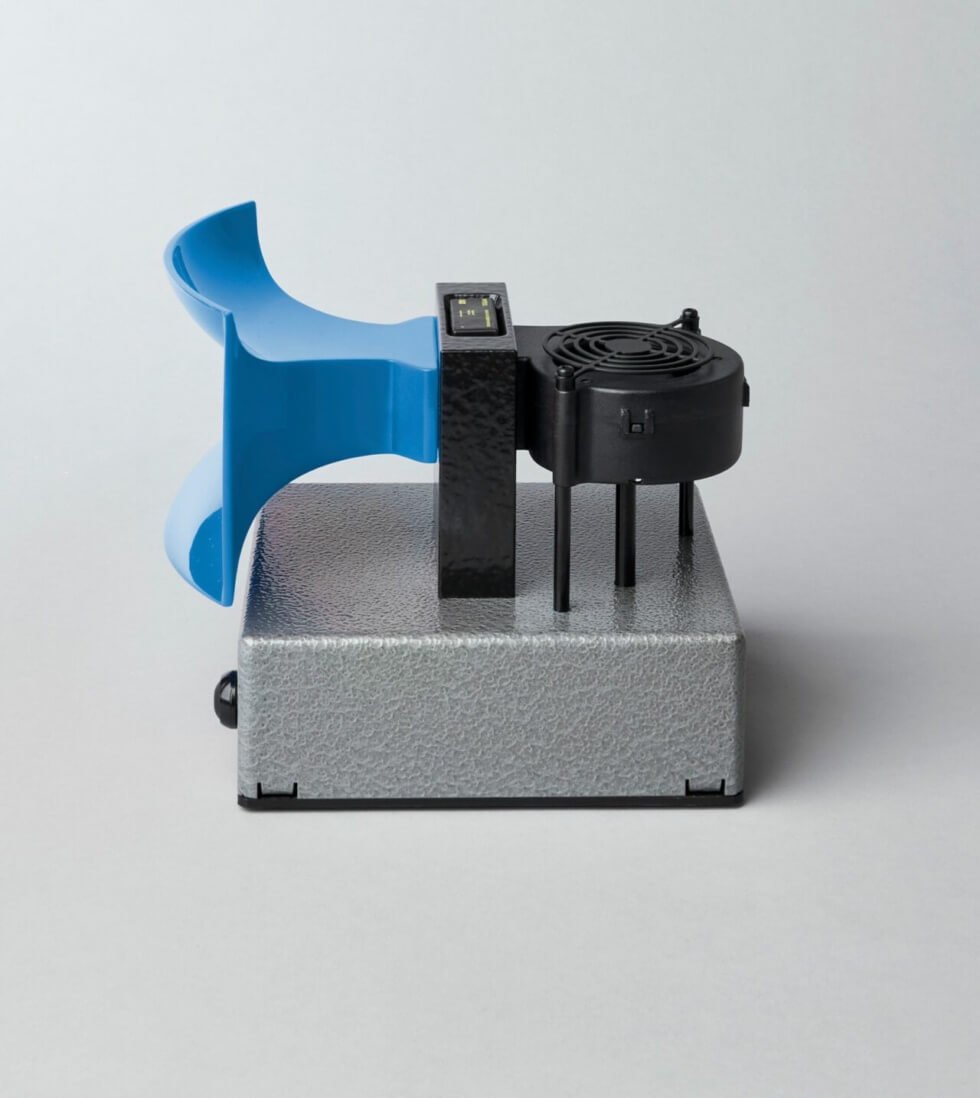 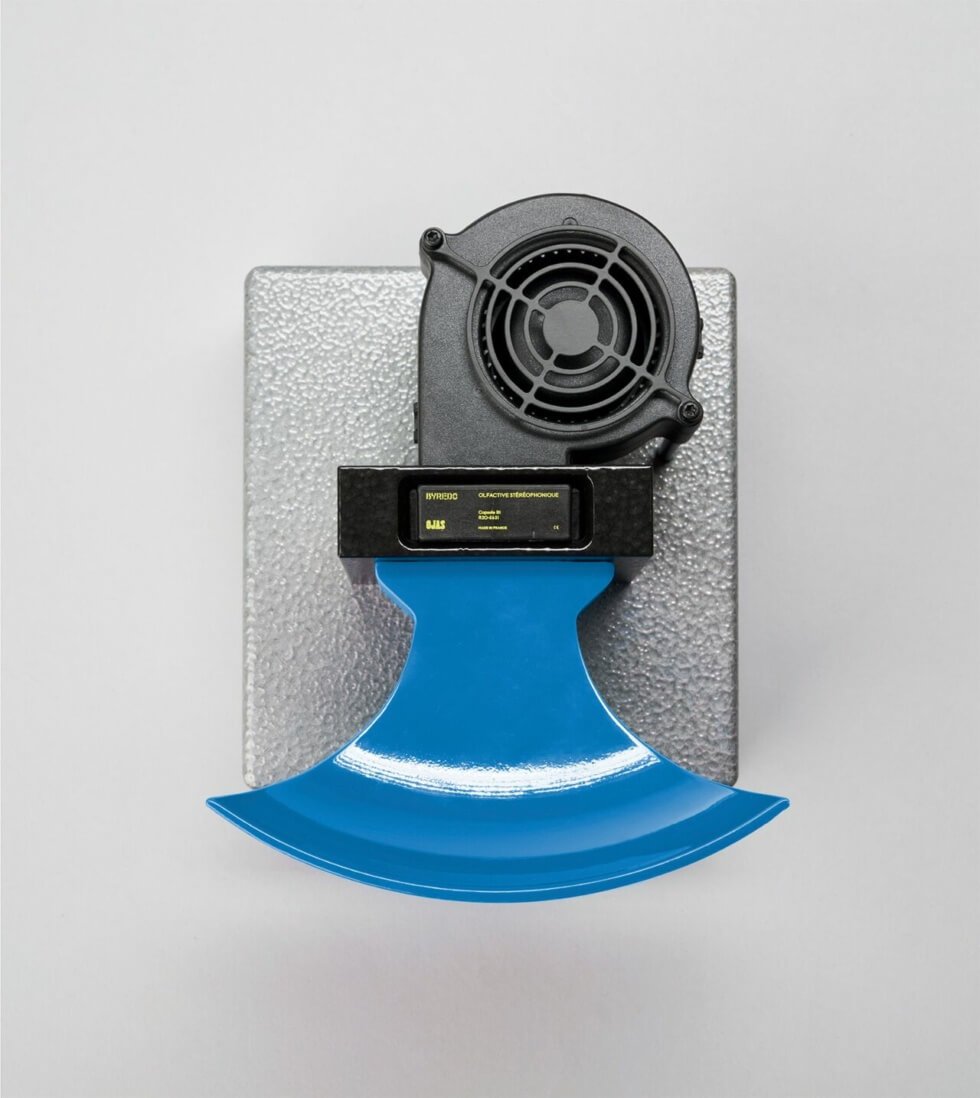 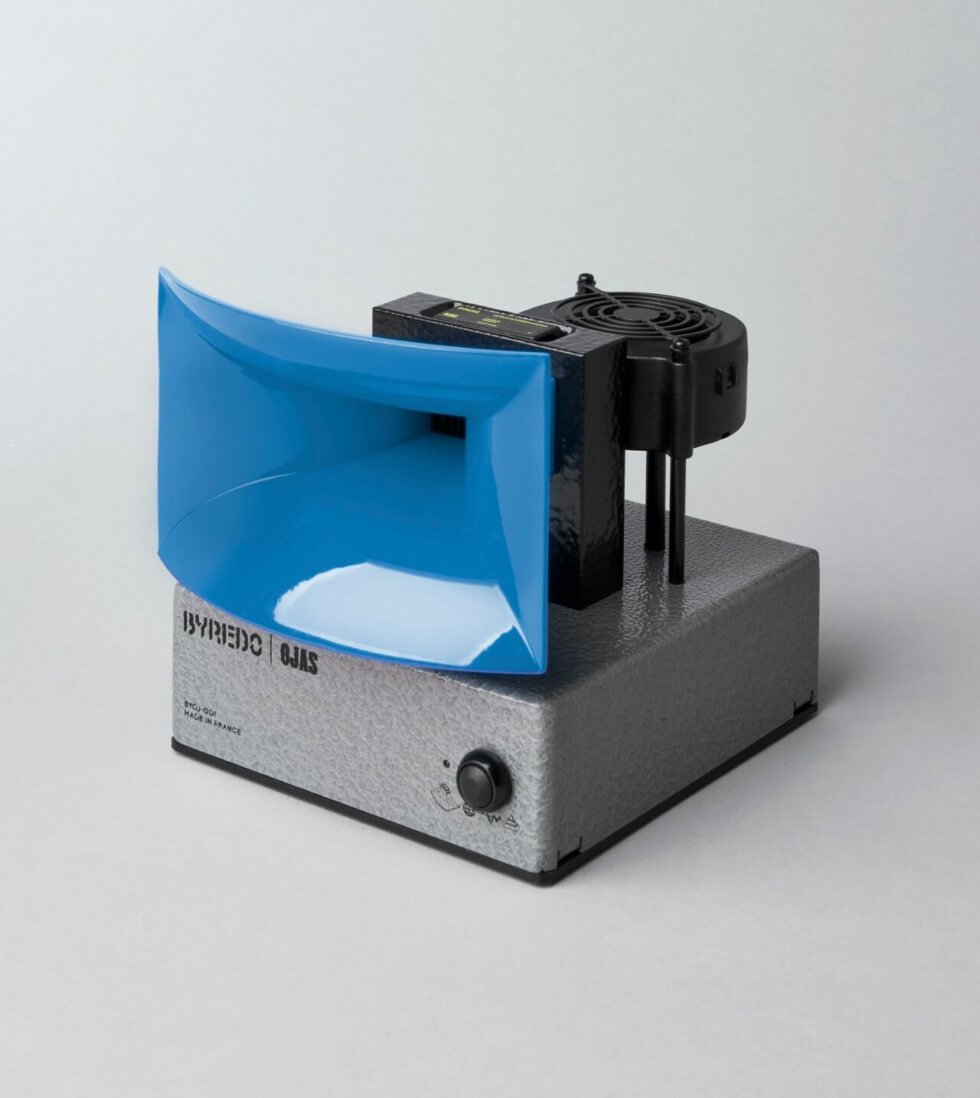