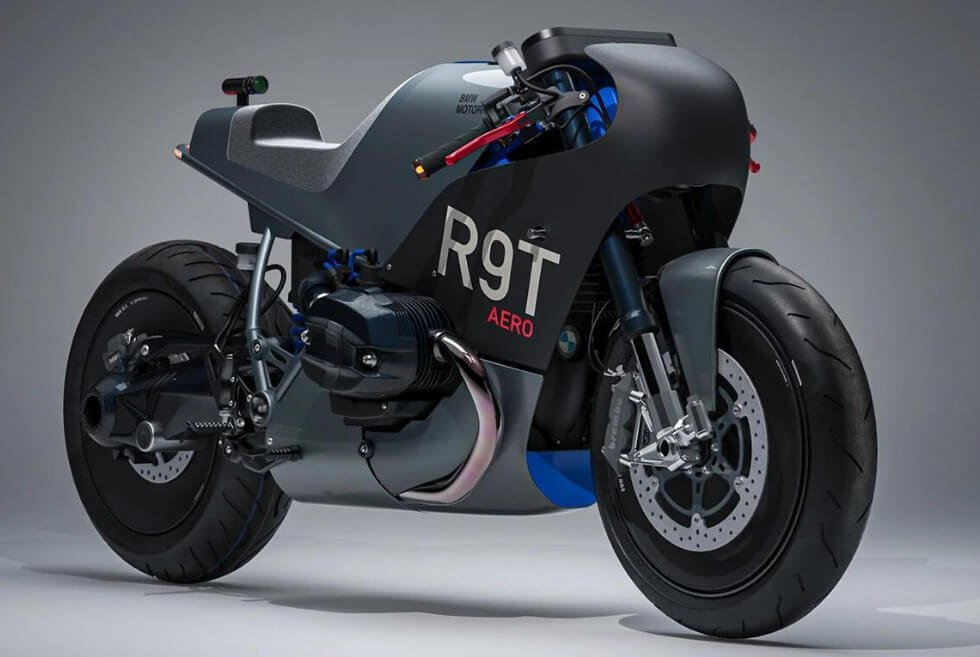 We’ve said it before and we’ll say it again, BMW Motorrad always gets a lot of love from aftermarket customization groups. In fact, even digital concept artists regularly use it as a template for their fantastic creations. As such, we get to see an R nineT reworked with a sleek silhouette that would appeal to modern superbike enthusiasts. Behold the R9T iD:2!

Penning this jaw-dropping blueprint is the Design Director at FRANK Industrial Design Jeroen Claus. It’s remarkable how the tweaks to its body kit completely shift the R nineT from an intimidating roadster to a sportier two-wheeler. Judging by the new outline, an upright riding position is no longer applicable here.

Another aspect of the BMW Motorrad R9T iD:2 that we find appealing is the distinct aeronautic vibe. Claus does away with the original’s beefy fuel tank and open frame that exposes the powertrain. The bike now touts a more aerodynamic body with a fender that extends to cover the headlight. This seems like an odd choice, but at least it appears to be removable.

It’s likely optional to minimize drag when on the tracks. From the front and sides, it does give the BMW Motorrad R9T iD:2 the look of an aircraft. We love the matte finish on the mostly gray coat with a mix of electric blue on the frame, wires, and springs of the rear monoshock.

Likewise, the brake levers are in red which really pop out against the muted finish of the body. The fuel tank features the “BMW Motorrad” branding, while the removable fender assembly bears the text “R9T Aero.” We can also see a pill-shaped digital display flanked by the handlebars of the R9T iD:2. We hope to see more like it from Claus. Rolls-Royce calls upon the talented designers from Hermès to help bring the bespoke Phantom Oribe to life for a Japanese billionaire businessman.

When driving an automobile, we must always heed the basic traffic rules and avoid other factors that can lead to accidents.

Given their client's status as a Google exec, Rolls-Royce crafts a bespoke Black Badge Cullinan with personal touches requested by the owner.