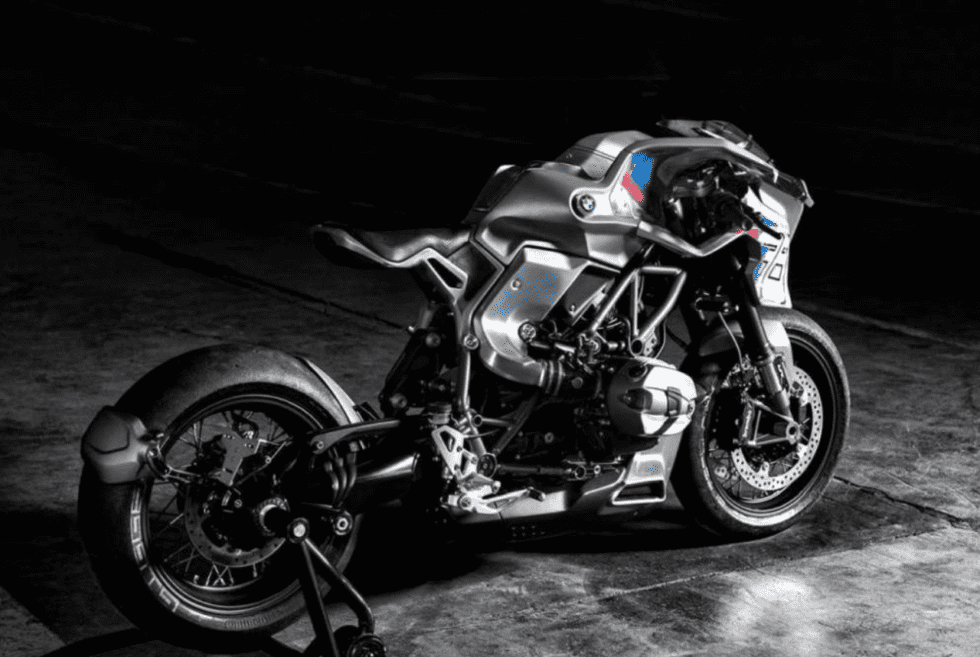 You may wonder why anyone would want to customize the classic BMW R nineT. Other than having something exciting and interesting to do, it beats us, to be honest. However, The Tin Man or Blechman as Bernhard Naumann is affectionately known as, took on the challenge with enthusiasm, setting about it in his usual way.

He has often made a name for himself in the past for his work with custom bikes and metal where the resulting vehicles/pieces of art look like something from high-concept fantasy fiction.

His approach consisted of dismantling it completely and then fabricating the new frame. Both the frame and seat are handcrafted, and in an original twist he has given his take on the R nineT front, both the suspension and rear have been worked on. It’s fair to say that apart from the fork, handlebars and the levers for the handbrake – it’s virtually a new bike!

Much like the man himself, the bike has a very unique name, inspired by one of his friends who noted that it resembled the head of a chicken. So he dubbed it the Blechmann Gigger, as Gigger is a word used in the south of Germany for chicken.

The German marque confirms the activesphere is the fourth model in their collection of concepts which debuted in 2021.