If you’ve ever visited one of the many deserts around the world, you’ll know that it’s just miles and miles of sand. However, thanks to the constant flow of wind, it creates dunes that can sometimes tower over the largest man-made structures. Zaha Hadid Architects (ZHA) designs the main office of the BEEAH Group to blend with its surroundings.

Given the desert landscape in most parts of the United Arab Emirates, the building’s outline seems right at home. Instead of a plan that stands out, the studio goes for a silhouette that matches the area. This is the new headquarters of the international holding firm which recently opened its doors.

We can tell ZHA showcases a blueprint that allows the BEEAH Group headquarters to operate sustainably. Given the UAE’s distinction as one of the world’s top oil-producing countries, green technology might be the last thing on anyone’s mind.

However, the company is out to set a groundbreaking example for the rest to follow. Starting with the dome roof which stands 50 feet at its highest point. It’s engineered to allow natural light to filter into the volumes within. Moreover, the curves mimic the form of sand dunes that define the territory.

To insulate against the unforgiving heat of the region, it uses advanced materials for passive cooling.  Inside the BEEAH Group main office are a visitor’s center, meeting rooms with smart functionalities, and an auditorium, among others.

Given water is a valuable resource in the UAE, an on-site wastewater management system should keep usage in check. Finally, it features a solar farm that harvests and stores power in Tesla battery packs. The BEEAH Group HQ shows us ZHA can handle eco-friendly projects without issues. 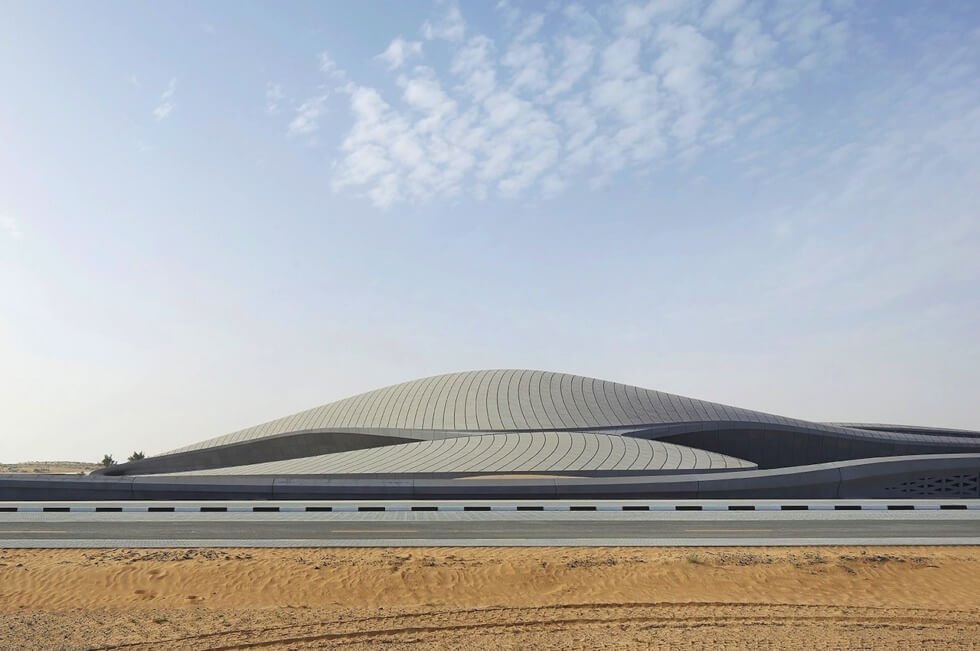 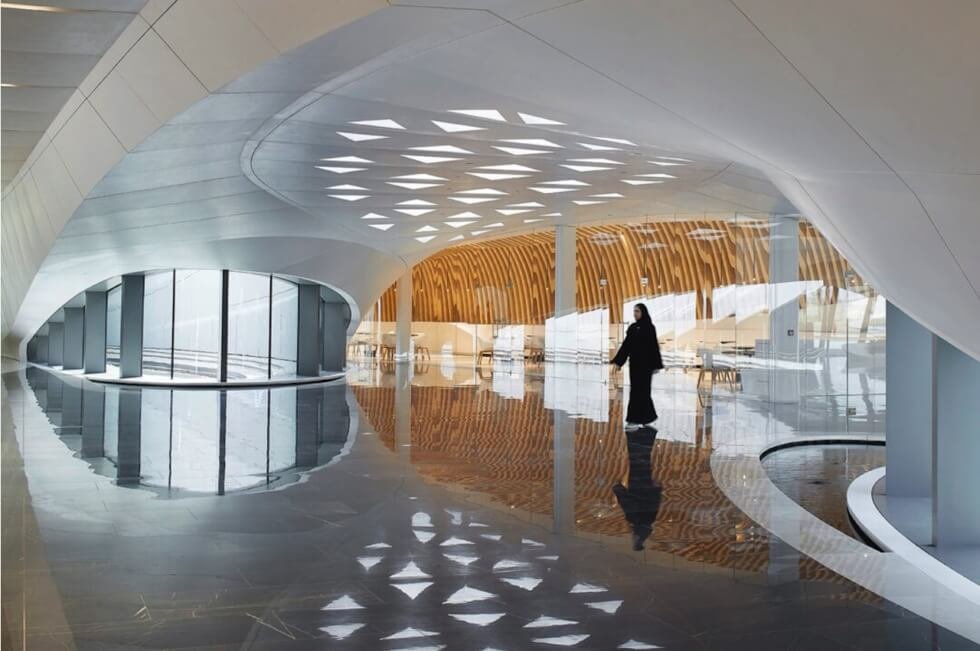 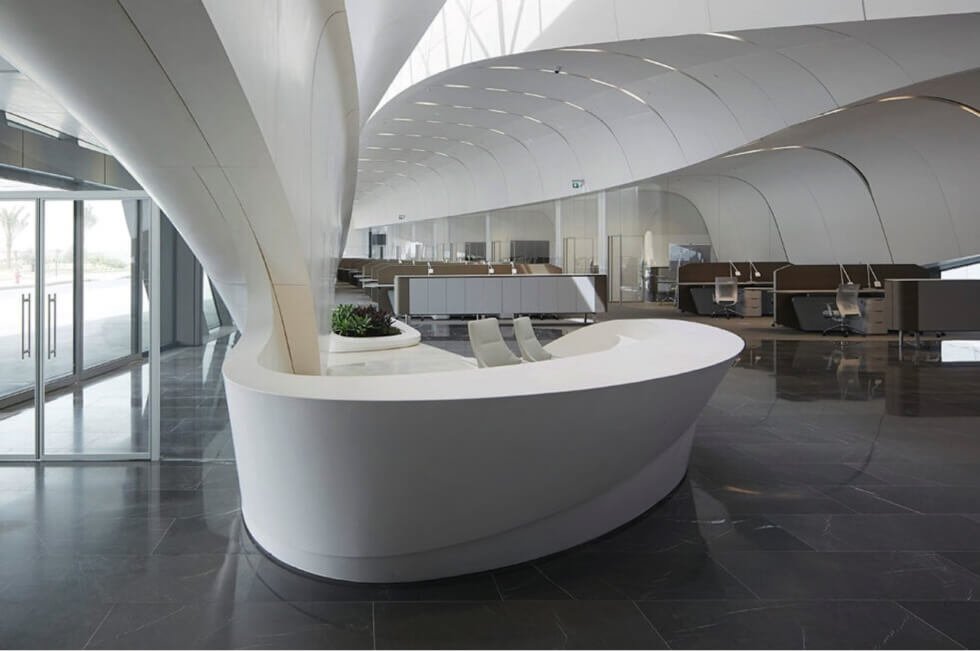 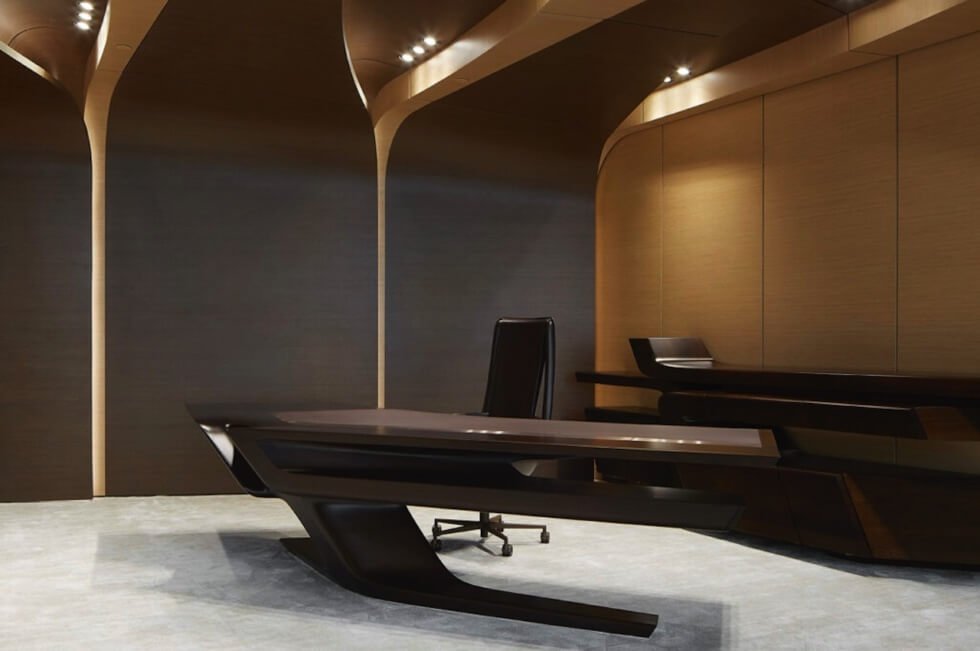 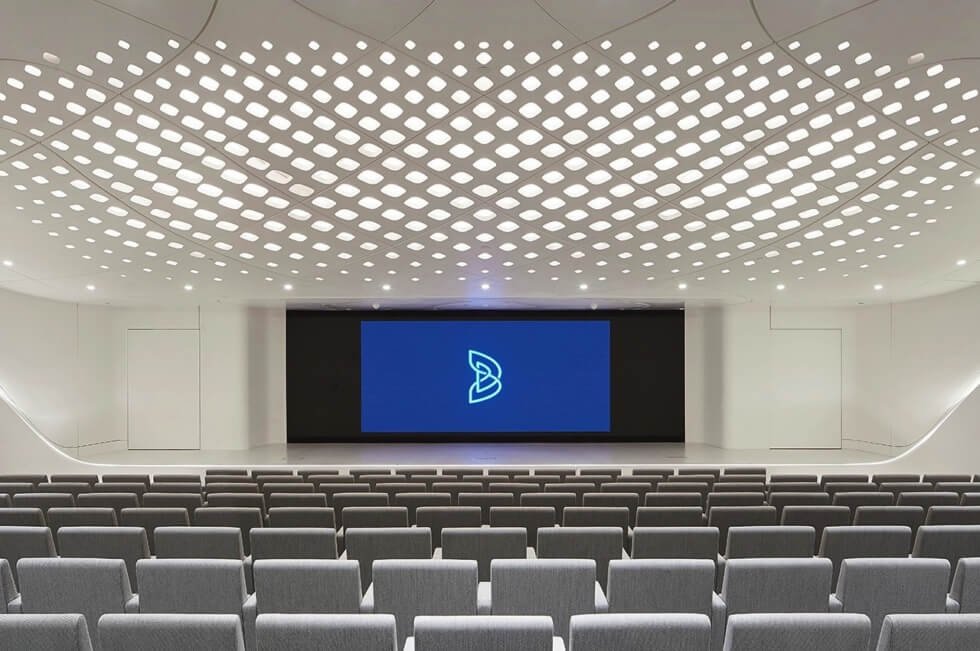 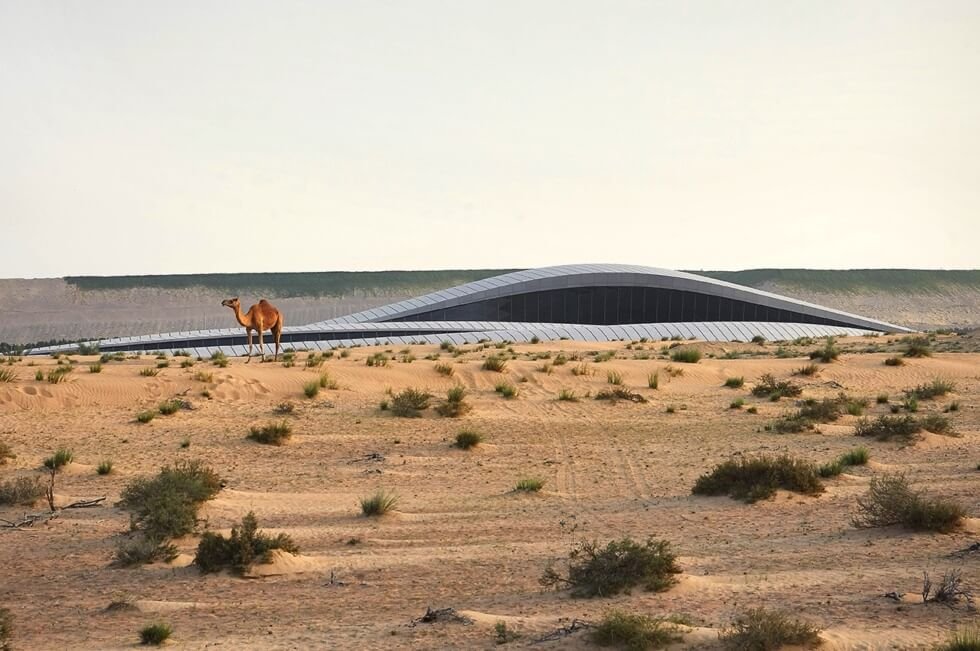 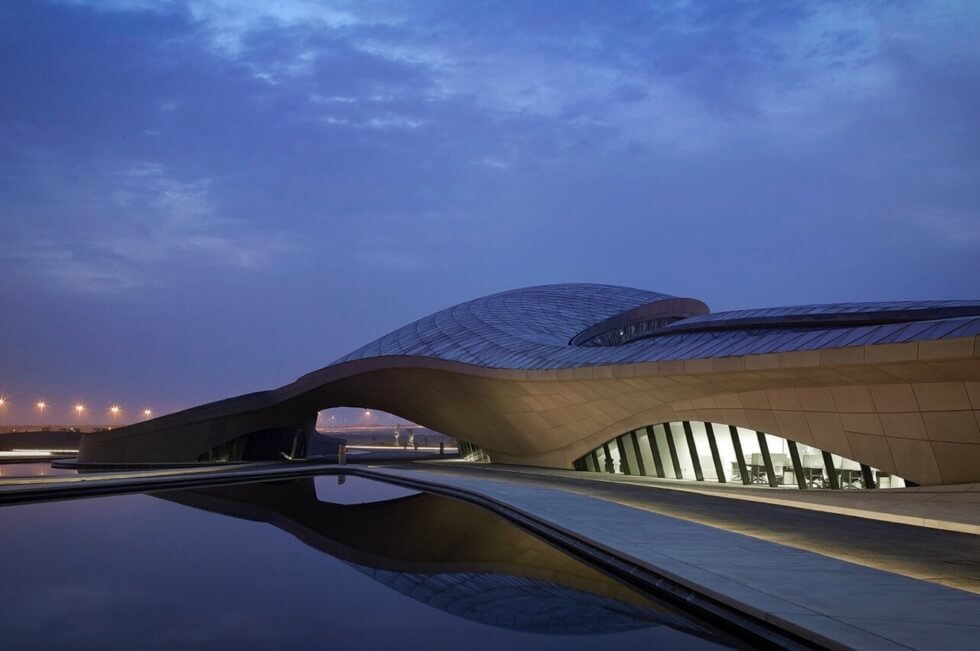 Casa Sonoma on the coast of Cabo San Lucas runs on solar energy and packs modern necessities including a pool and a jacuzzi.

The Slope House touts a steel and concrete framework clad in wood with glass walls and windows for a breathtaking view of the landscape.

Since the topography shows a gentle slope, PEZO VON ELLRICHSHAUSEN incorporates portals on each side of the Raem House.

The Sweet Water House In Chile Orients Around A Courtyard

Sweet Water House is made from prefabricated laminated timber and comprises of two L-shaped volumes oriented around a central courtyard.