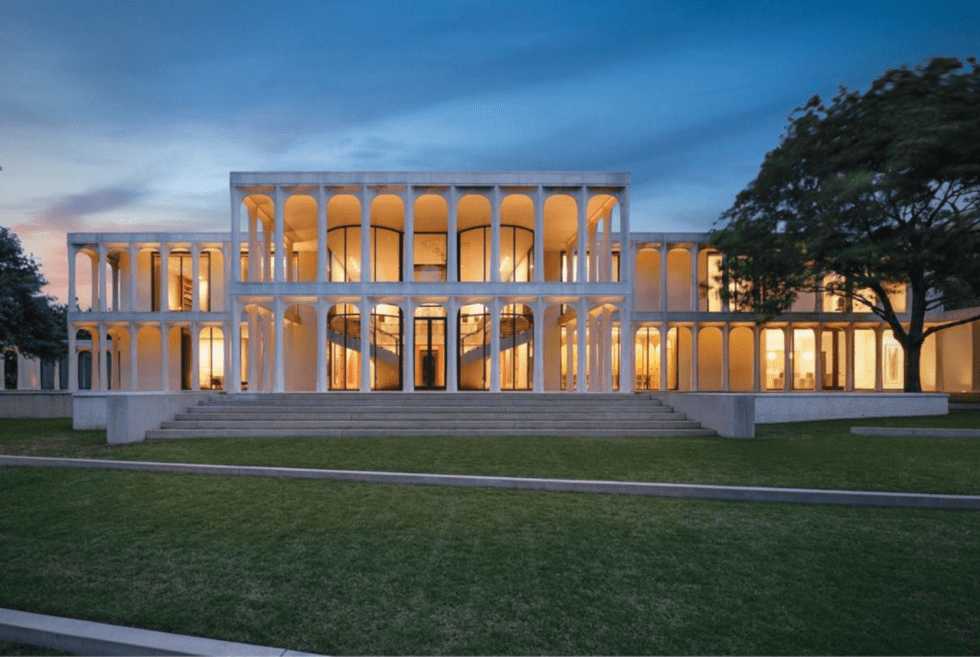 The Beck House is the Philip Johnson-designed space in Dallas, Texas. Suffice it to say this won’t stay on the market for too long given how sought-after Johnson’s masterstrokes are — and this is the only one in the city, further lowering your chances of snagging it up.

The six-bedroom modernist home was completed in 1964. Often considered a magnified version of the architect’s Pavilion in the Pond, the Beck House looks a bit different now. In 2008, Bodron + Fruit took charge and overhauled the house’s interiors. They installed a new kitchen, converted the staff quarters into an open-plan space. They also added a new pool house, a must-have cornerstone of any lavish Texas dwelling.

The most striking element of the Beck House, however, isn’t its kitchen. Not the open plan space, though that deserves its share of merits. Not even the pool. The main highlight are the columns, dramatic, sublime, eye-catching. Go beyond the entrance into the hallway and things get even more tantalizing. You’ll find twin staircases with bronze balustrades that curve up to mezzanine levels. The dining room is a vaulted ceiling’s fan heaven, albeit a modernist heaven.

Apart from six bedrooms, the Texas home also boasts seven full baths and four half-baths. Bookworms will stay cooped up in its library. Glass walls offer respite, especially for days when you feel a bit forlorn. The seven-acre house also features a media room, cabana, and a tennis court. Check out more photos below. And check the listing over at Sotheby’s for more details. 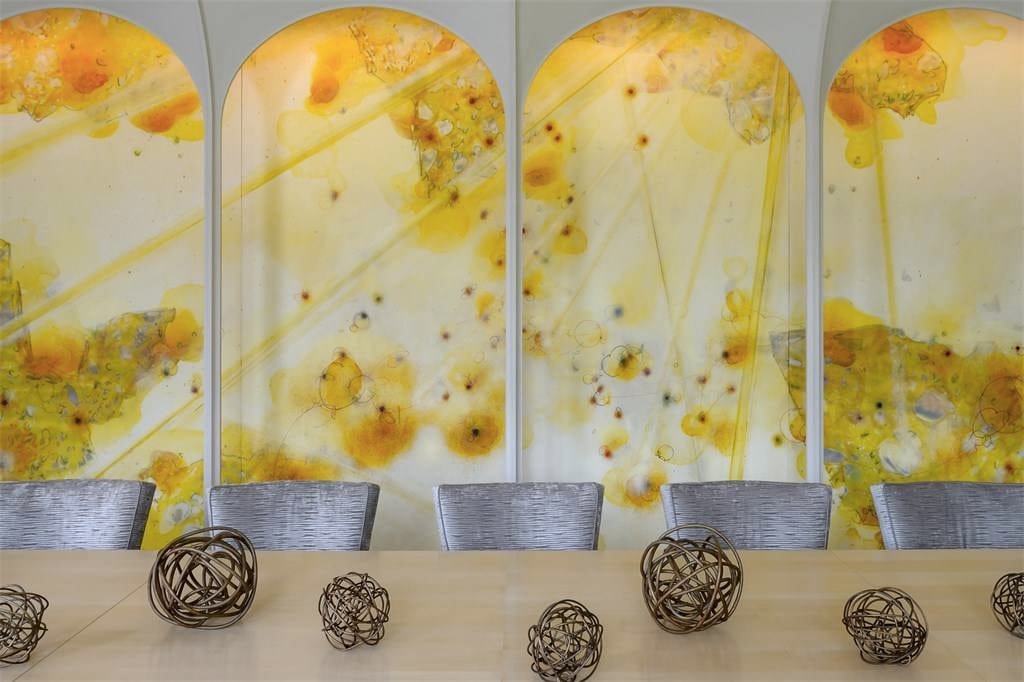 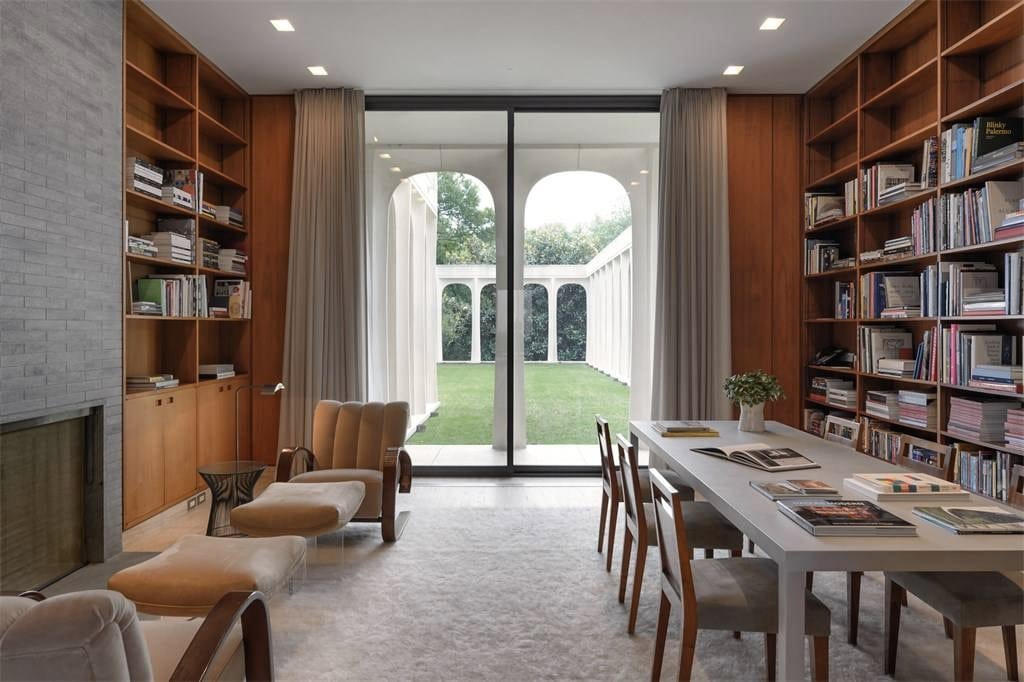 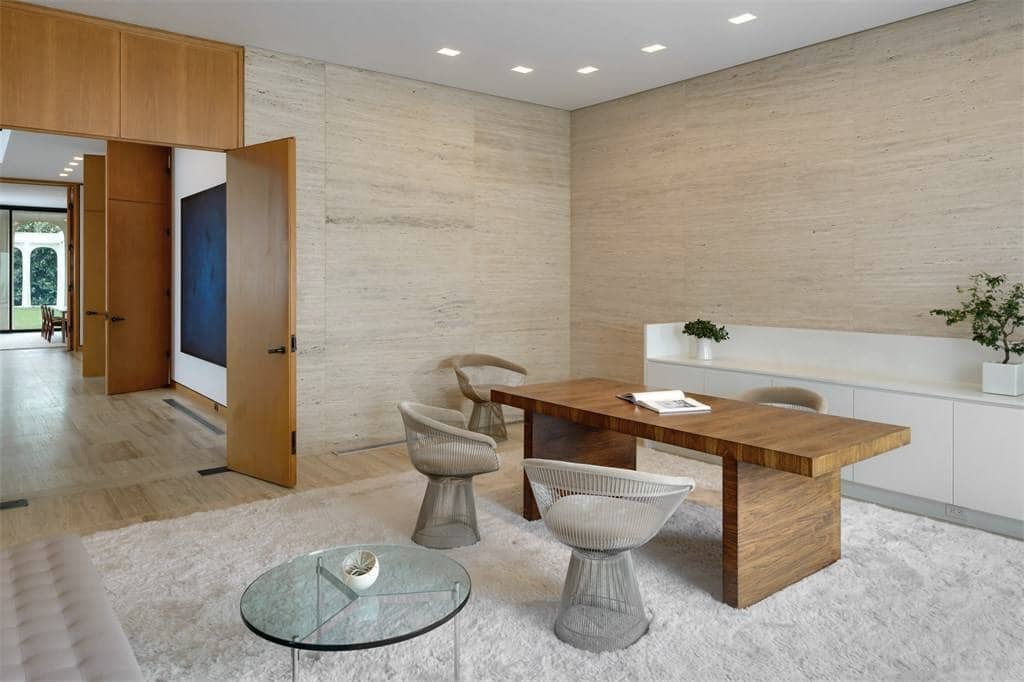 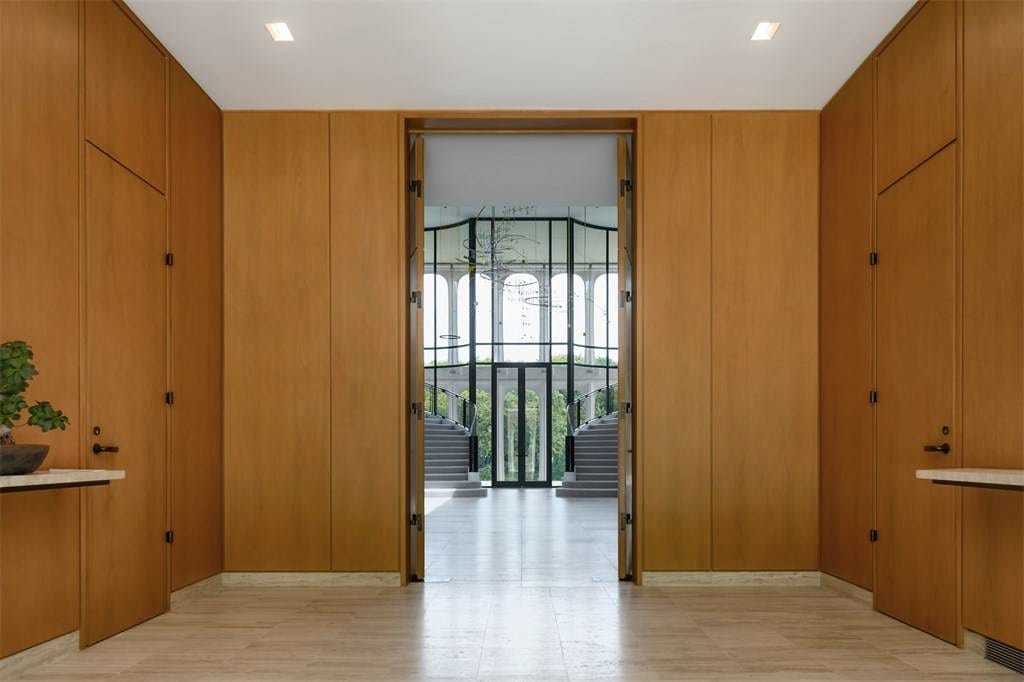