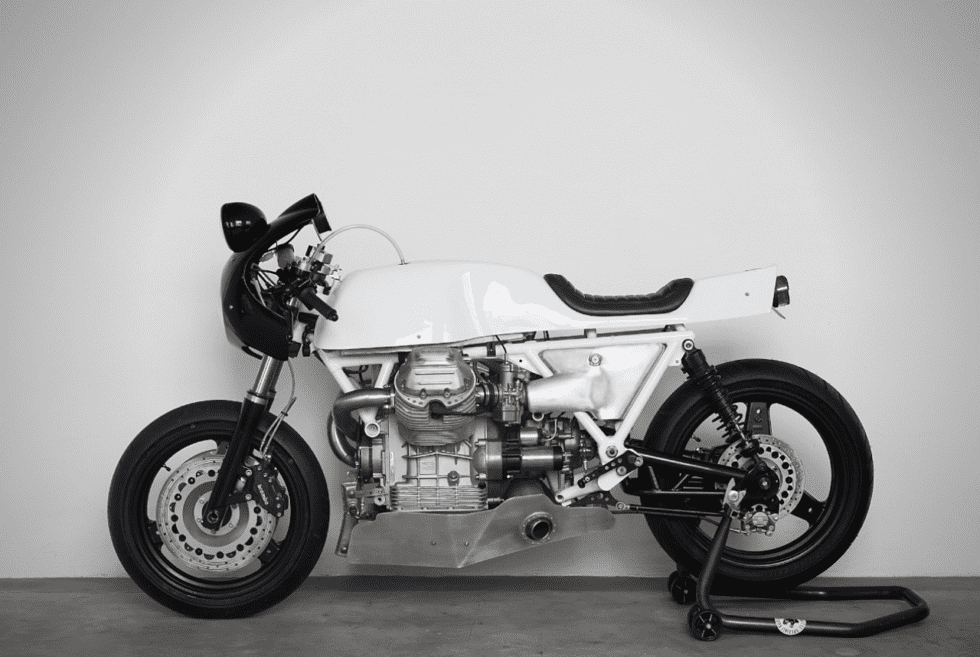 Italian bike-maker Moto Guzzi has been making a name for itself of late. That’s thanks mainly to the burgeoning custom motorcycle community. Its trademark bikes, those with transverse v-twin engines and shaft-drive, have lavished in fanfare for several years. The latest, this 1984 Bazooka 110 LE MANS R, by custom shop Ruote Fiere, comes as yet another example of the great things that come out of restoration.

Story time: Ruote Fiere found the bike in Northern Italy. He took it home and promptly rescued it following a failed attempt at restoration in the ‘90s. The work involved extensive tinkering, but the bike thankfully made it out alive. That’s to the merit of shop owner Davide Caforio. He gave the classic bike enormous TLC. He took inspiration from another iconic vehicle, the Porsche 907, with its clean bodywork in addition to its stark black and white paint job.

As we’ve mentioned, it really took a lot of work to clean up the Bazooka 110 LE MANS R. Besides modifying the frame to suspend the engine, Caforio also put in new electronics and a new ignition system. In addition, he threw in a new monocoque tank and seat arrangement. Don’t forget about its new twin light fairing, too — another notable additional to an already decked-out bike made for the modern man.

As for power, the bike boasts 90 horsepower with 9000 rpm. It has a 90-degree V-cylinder four-stroke engine with two valves per cylinder. It’s air- or oil-cooled via an aluminum racing radiator with aeronautic braid ducts and ergal fittings. You also get increased cup with external oil passage, plus a special camshaft. You’ll never guess it’s this sophisticated and complex at first glance, but masterly craftsmanship doesn’t beg to be noticed; it simply works under the hood, and you’ll be confident it won’t ever fail you. 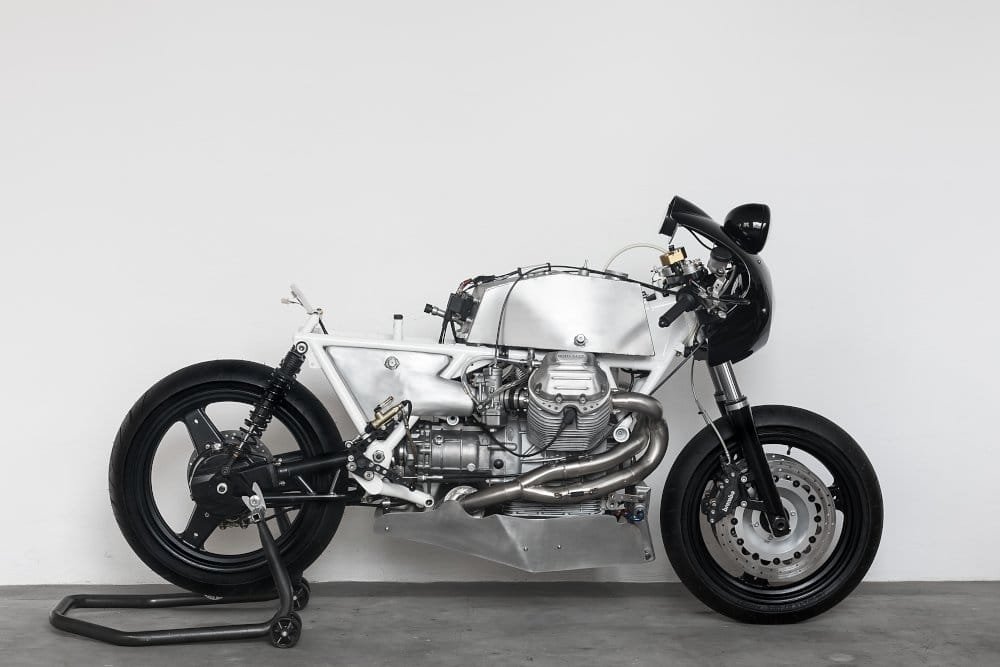 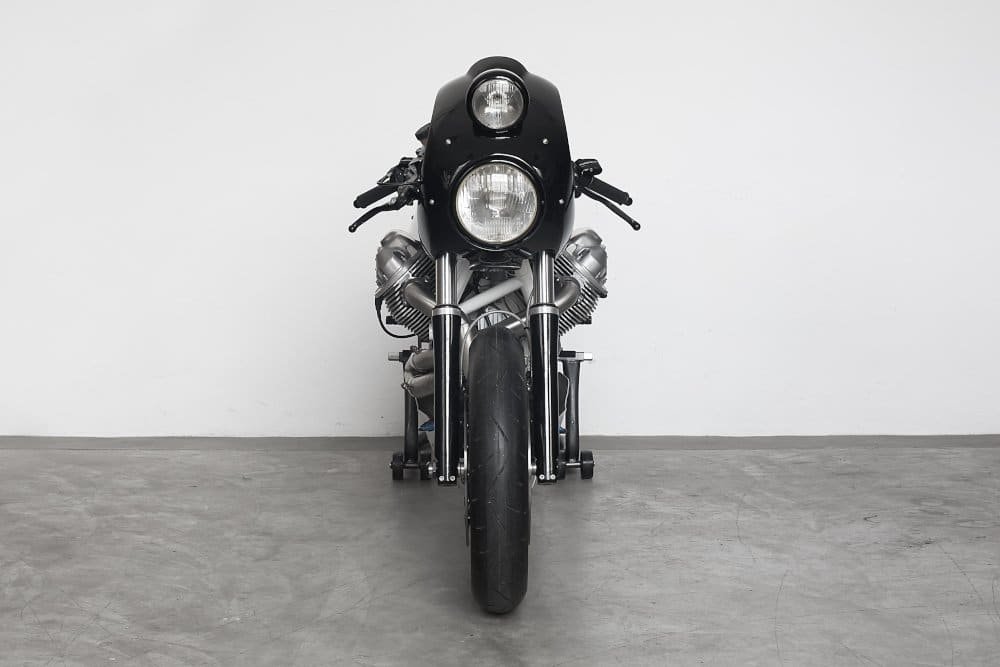 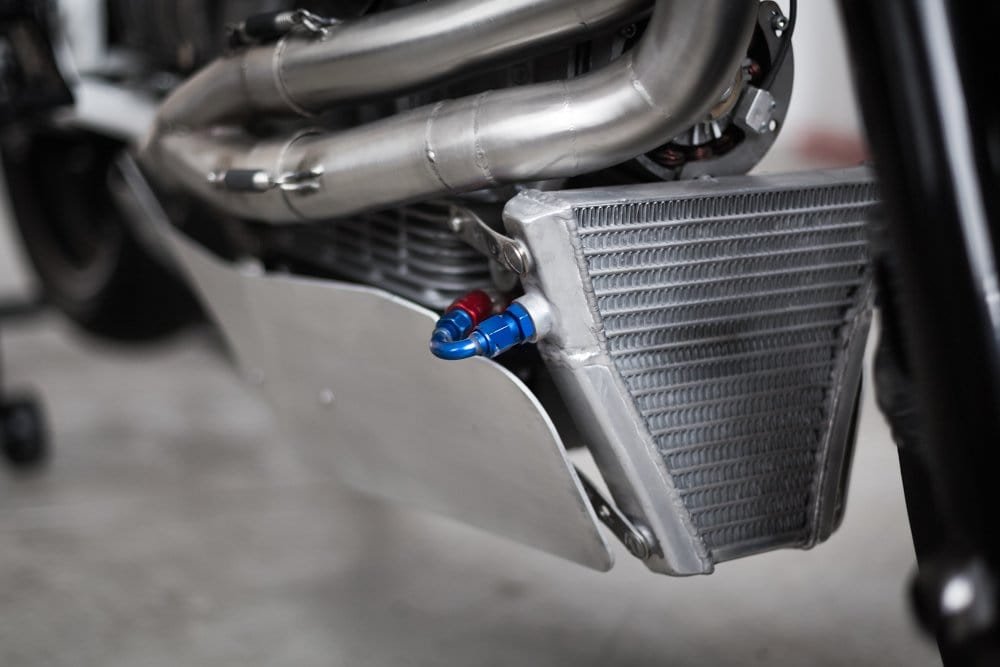 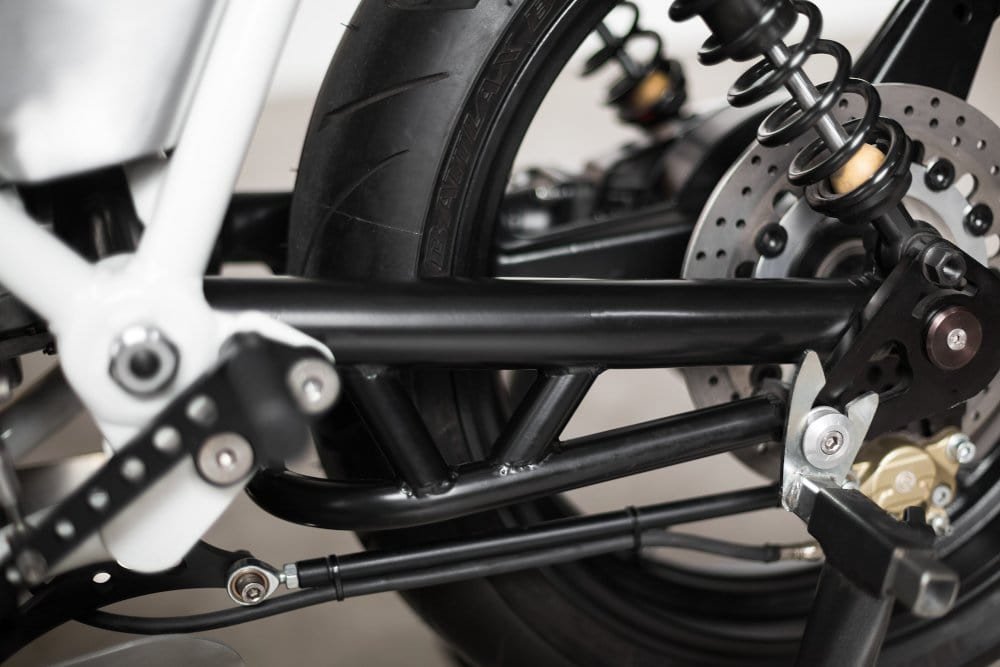 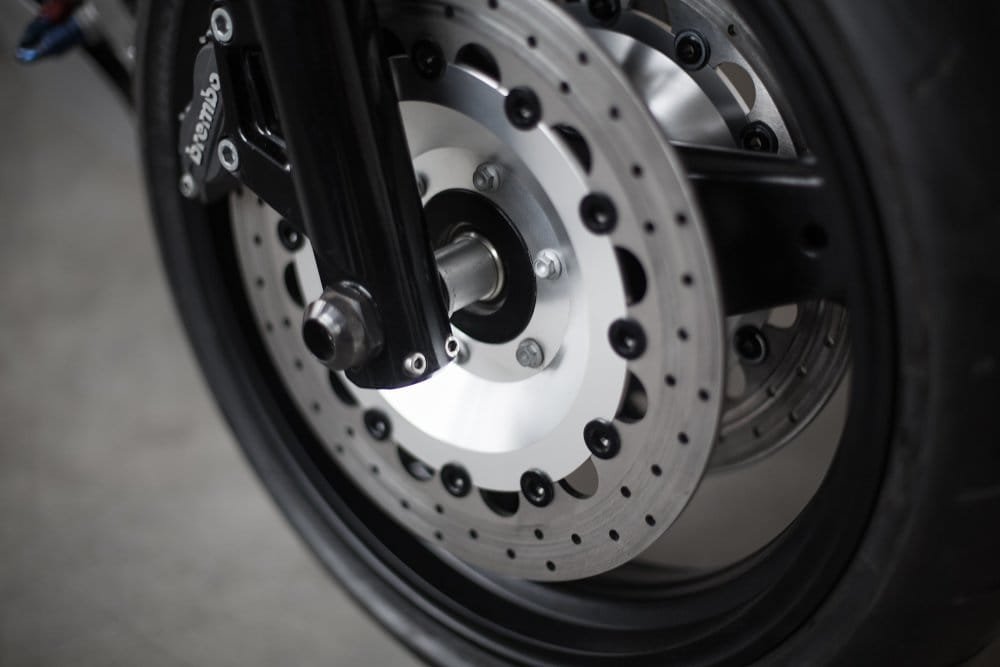 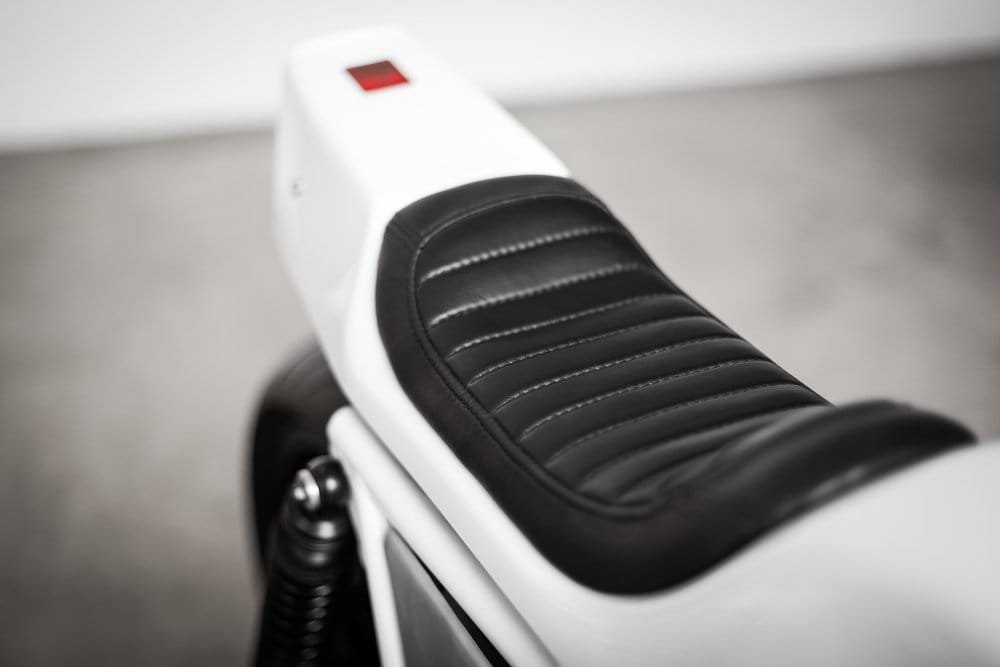 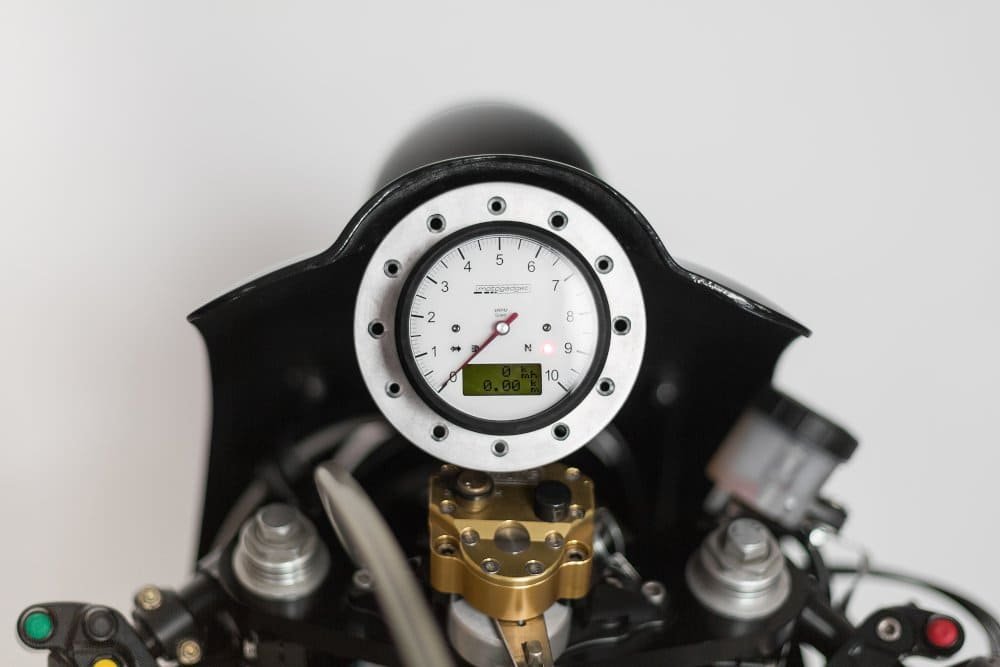