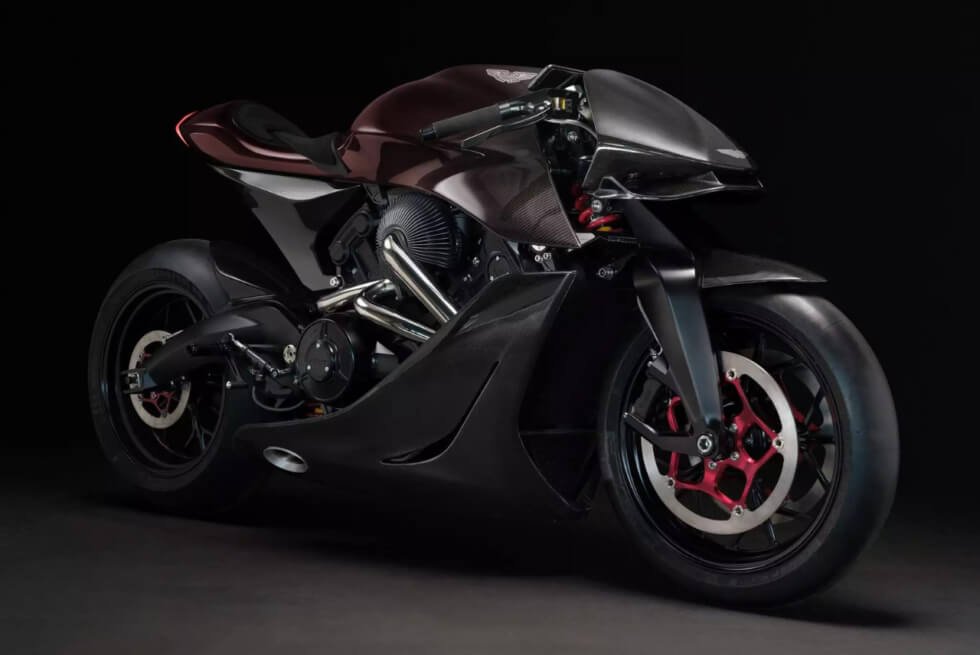 When you want to match your car with a motorcycle – preferably from the same manufacturer – the available options are not that many. Off the top of our heads, there’s Honda, Suzuki, Peugeot, and BMW. Nevertheless, the arrival of the AMB 001 finally welcomes a distinguished marque to the fold.

It’s interesting to recall that this beautiful bike made its debut way back in late 2019. The AMB 001 was one of the biggest announcements at the Milan Motorcycle Show. Perhaps what set the industry abuzz was the fact that it was a collaboration between two esteemed British brands.

Aston Martin, alongside Brough Superior, are packaging high-performance with premium elegance. Moreover, the highly exclusive production run for this track-focused superbike will deliver only 100 examples. The sleek outline of the machine holds a DOHC 997 cc 8-valve 88-degree liquid-cooled short-stroke V-Twin.

According to its press release, the AMB 001 is the first model from Brough Superior with a twin-turbo engine. The powertrain also counts on a 6-speed gearbox with an APTC clutch with a final chain drive. Other details note that the exhaust manifold uses Inconel superalloy for its exceptional thermal and mechanical properties.

The frame of the AMB 001 is bolted onto the powerplant for structural rigidity. Its interfaces are in titanium while the rear subframe is carbon fiber. Meanwhile, the wheels are aluminum shod in slick racing tires. A close-up inspection of the aerodynamic body and fairings reveal an intricate composite weave.

It also touts a handcrafted leather saddle with premium stitching to match the handlebar grips that are likewise in the same material. Laser-cut metal sheets form the wing emblems that sit flush beneath lacquer layers. The AMB 001 definitely matches the refined profile of Aston Martin’s vehicles. The JUKE Rally Tribute Concept serves to commemorate Nissans's 1971 East Africa Rally victory which was delivered by a 240Z.