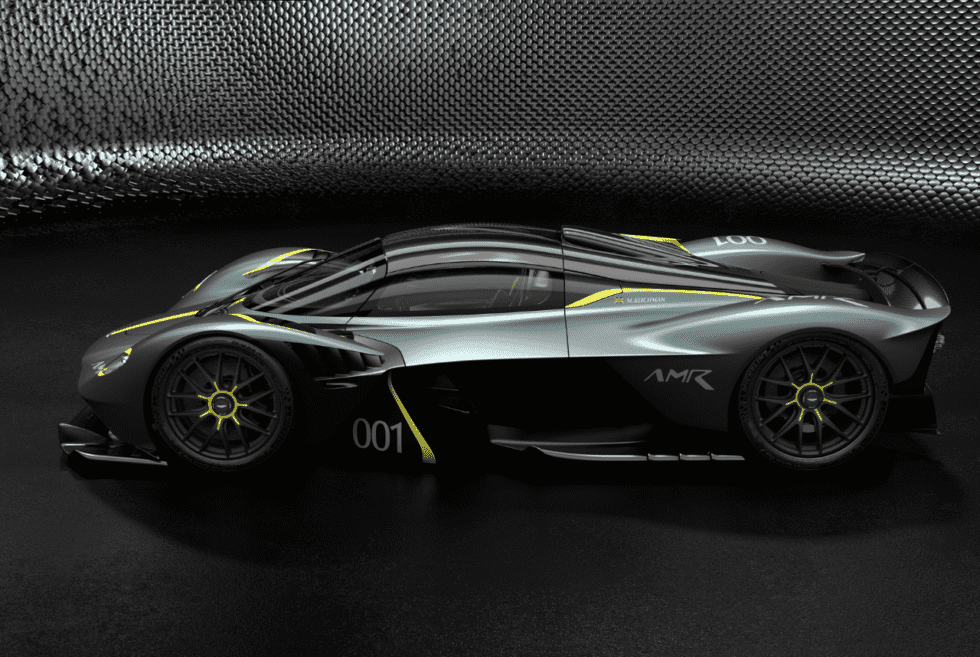 It was not long ago when were falling head-over-heels for one particular hypercar form a distinguished British Marque. Prior to its launch, the manufacturer was even drumming up more hype with a recording of its revving engine. Every serious car enthusiast knows that the brand delivers only the best when it comes quality, speed, and handling. However, everybody is awestruck to learn that the Aston Martin Valkyrie AMR Track Performance Pack even exists for this beast. This might be the what most gearheads could call “overkill” but you won’t hear anyone complaining about it.

Let’s rewind a little and check out what the stock model already has to offer. You already have a 1,130-horsepower monster that’s legally at your disposal to unleash on the streets or on the tracks. Beneath its 2,230-pound frame lies a 6.5-liter V12 engine as well as an electric drive system. The brand knows that discerning clients might want something more, hence the AMR Track Performance Pack upgrade.

If you’re keen on throwing a little more cash to tweak your ride, then expect to see a bump in performance. We’re talking about up to an eight percent speed increase in lap times over the default configuration. The slew of improvements included in the package makes the machine even more intimidating. The Aston Martin Valkyrie AMR Track Performance Pack adds titanium brakes, race-ready suspension, matte black magnesium wheels, and more. You can even personalize the interior components with various materials. If the Alcantara upholstery is not enough, you can even request to have gold leaf accents underneath the lacquer.