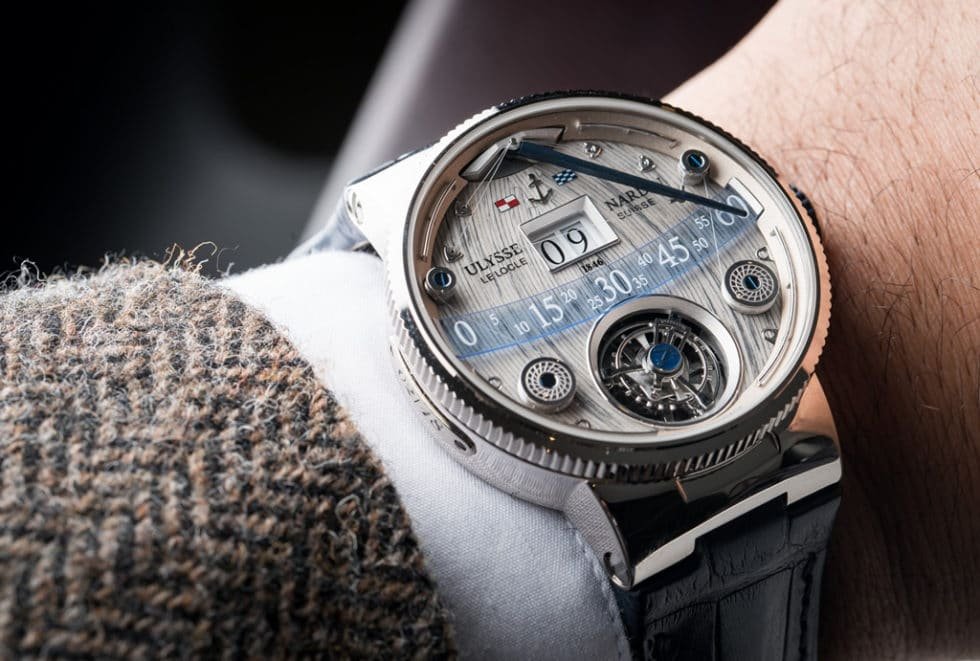 Amazing things happen when you build onto a rich heritage, adding cutting-edge innovations to create something that’s at the same time old and new. A perfect example of that is the superb Ulysse Nardin 20 year anniversary Grand Deck Marine Tourbillon, which celebrates the brand’s legacy of watchmaking genius by adding contemporary touches to a centuries-old concept.

The timepiece is based on the brand’s marine heritage that goes back to the 19th century. With this COSC-certified watch, Ulysse Nardin has further consolidated its position in the high watchmaking industry. It is the first time that the brand has introduced a high complication in the Marine Chronometer line, which is one of the reasons why the timepiece sells for about $291,300. 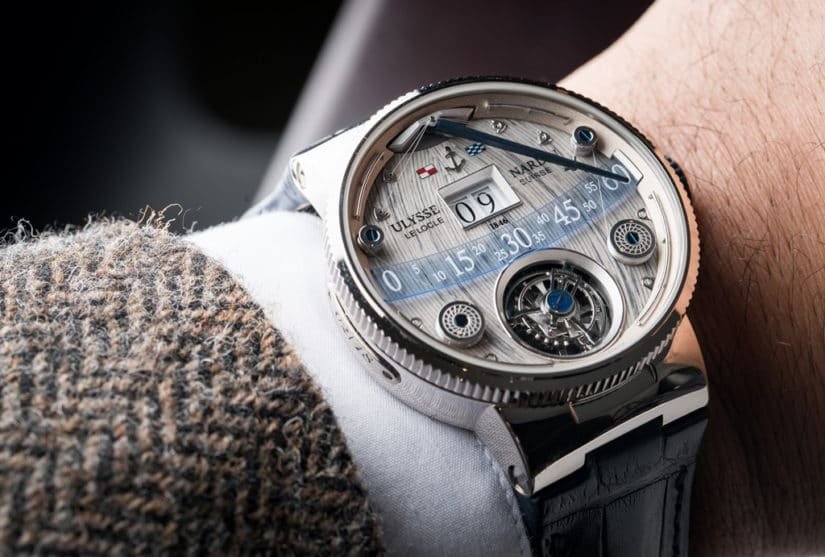 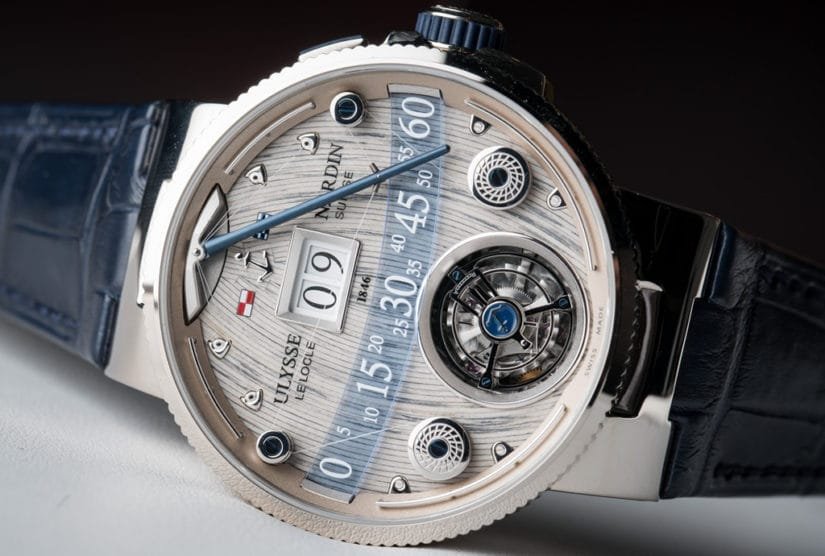 The dial tastefully evokes the design of a ship’s deck, with wood marquetry and a blue miniature sail boom indicating the retrograde minutes. The minutes themselves are displayed on a transparent blue arc shape which is clearly inspired by the graphics of latitude lines. The nautical-inspired detailing goes so far as to include nanowires – thinner than human hair – that move the tiny boom across the dial just like the ship mast ropes.

At the 6 o’clock position there is a 60-second flying tourbillon escapement with a blue center featuring the brand’s instantly recognizable anchor logo. There’s also a jumping hours feature displayed beneath the boom and driven by two large disks at the 5 and 7 o’clock positions. The watch is powered by a hand-wound movement, caliber UN-630, with 48 hours of power resistance and 469 flawlessly choreographed parts.

The 100-meter water resistant case is made of 18-carat white gold and measures 44mm in diameter. The enniversary timepiece is limited to just 18 examples. 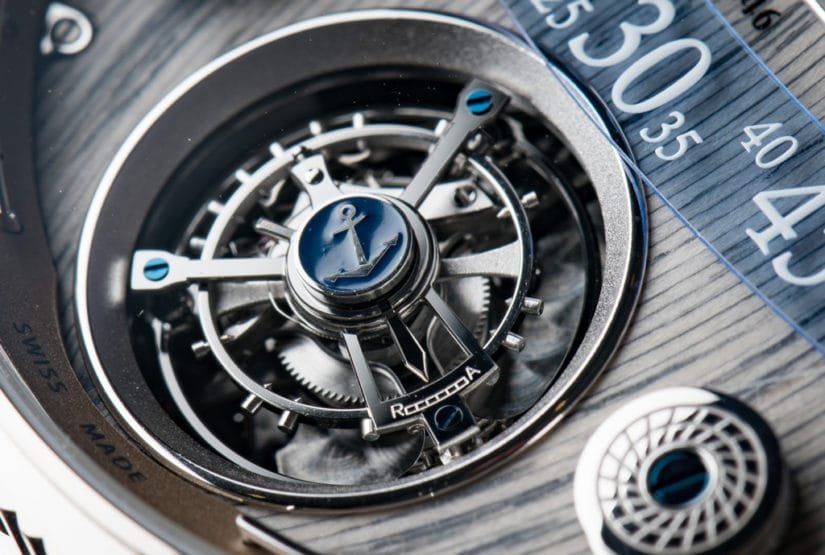 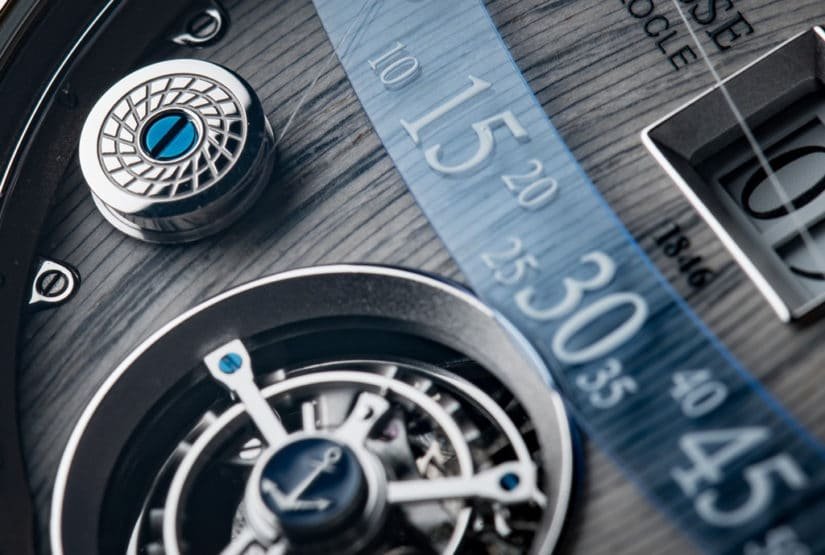 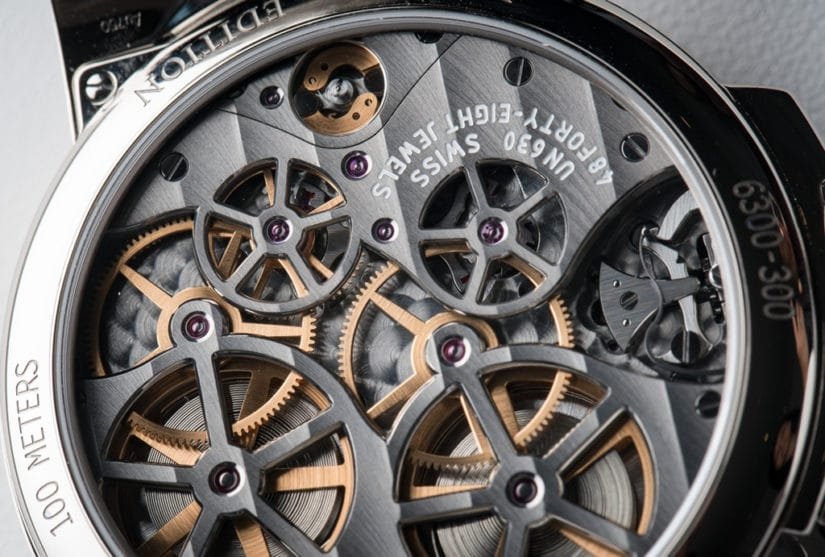 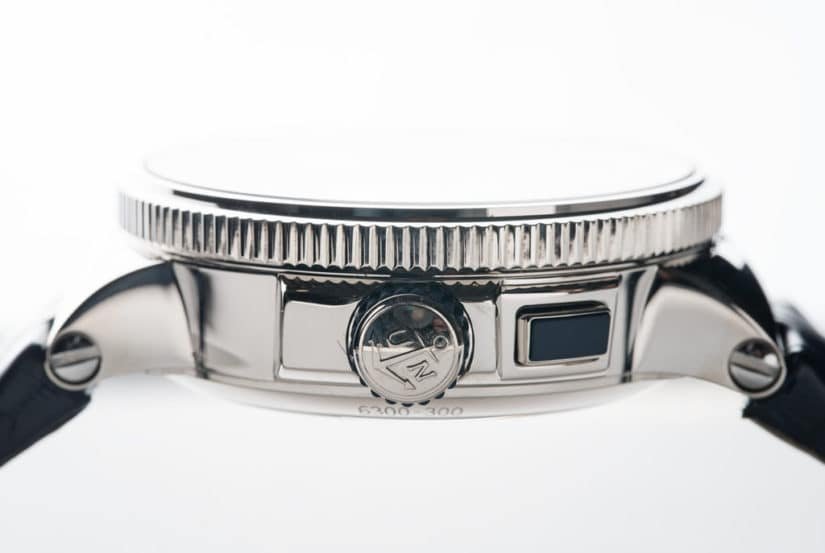 For the UR-220 SL Asimov, Urwerk molds the satellite hours in Grade X1 BL Super-LumiNova

Once again, UNDONE steps up to bring us a piece of the past with its naughty yet fascinating Nippon Erotica: Shunga Collection.