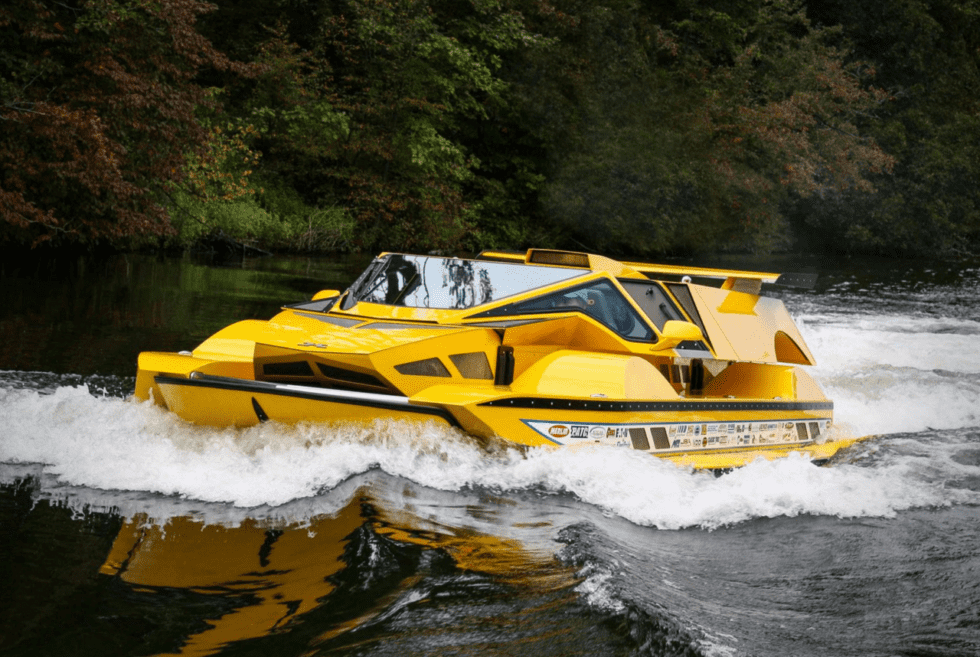 Up for auction is the Amphibious Dobbertin HydroCar, both a racecar and a boat at the same time. The vehicle first appeared in 2004 before completing testing in 2010. It took Rick Dobbertin 10 years to build and reportedly cost him an excess of $1 million.

It should come as no surprise that his HydroCar is an ambitious engineering marvel. One that’s made to wreck the road and hit the sea at any moment’s notice. You have Dobbertin to thank for that. He has built a whole career on epic vehicle customizations.

Take it to the water and this amphibious vehicle lowers its fenders to about eight inches and transforms them into full-length sponsons. In just mere seconds, the road racer becomes a tunnel-hulled watercraft. Moreover, it’s robust as hell. The central body is built with 304-grade stainless steel, while the sponson frames are made with marine-grade 5086 aluminum. Speed doesn’t disappoint, either. The HydroCar packs a 572 cubic-inch Chevrolet engine with 762 horsepower.

The vehicle looks slick in its corvette velocity yellow, and the hand-formed exterior features a space frame and roll bar. The cockpit-like interior is as fascinating as what’s on the outside, featuring a whopping 45 control switches, 16 LED monitoring systems, 25 VDO gauges, and three hydraulic levers. A custom built trailer is also included for good measure.

The auction for the Amphibious Dobbertin HydroCar is being offered without reserve. It rolled across the auction block with Worldwide Auctioneers this past September, but no takers yet. As such, you can still place a bid if so you wish.