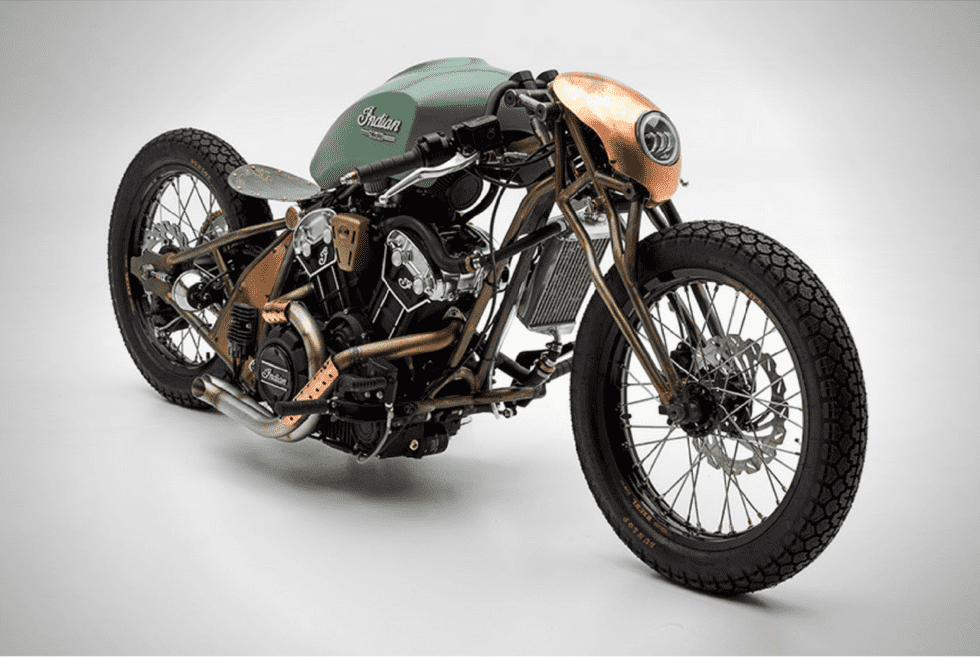 The winner of the Indian Scout Bobber Build-Off competition was finally crowned, and believe us, it’s a thing of beauty. Well, technically, it’s subjective, but in our opinion, the custom chopper from Alfredo Juarez is a glorious minimalist one-off. Additionally. it deservingly wins both the contest and our hearts. Moreover, the geek in us can’t help but notice a stunning steampunk vibe. That seems to come from all the copper spread around its frame.

Furthermore, we were also surprised to know that Juarez is, in fact, a real-life engineer with NASA. Taking all of his expertise and gearhead knowhow, he impressed a panel of adept judges. The group consisted of Jason Paul Michaels, Satya Kraus, Roland Sands, and Jordan Mastagni. We love that the resulting overall appearance of the bike is a seamless mix of modern and vintage influences. According to the winner, it took him 3 months to complete the build, which won the adoration of fans who voted for his creation.

He reportedly drew inspiration from several sources—namely, the Indian Scout custom builds from RSD, Knuckle, a garage company owned by David Beckham, and the Indian Scout FTR1200 Custom. Most of you might be interested to own this masterpiece, but Juarez plans to keep it within the family for the now.

Aside from carbon fiber, Nmoto and Zillers Motorcycles also use milled aluminum and 3D printing to complete the aerodynamics of the R 18.