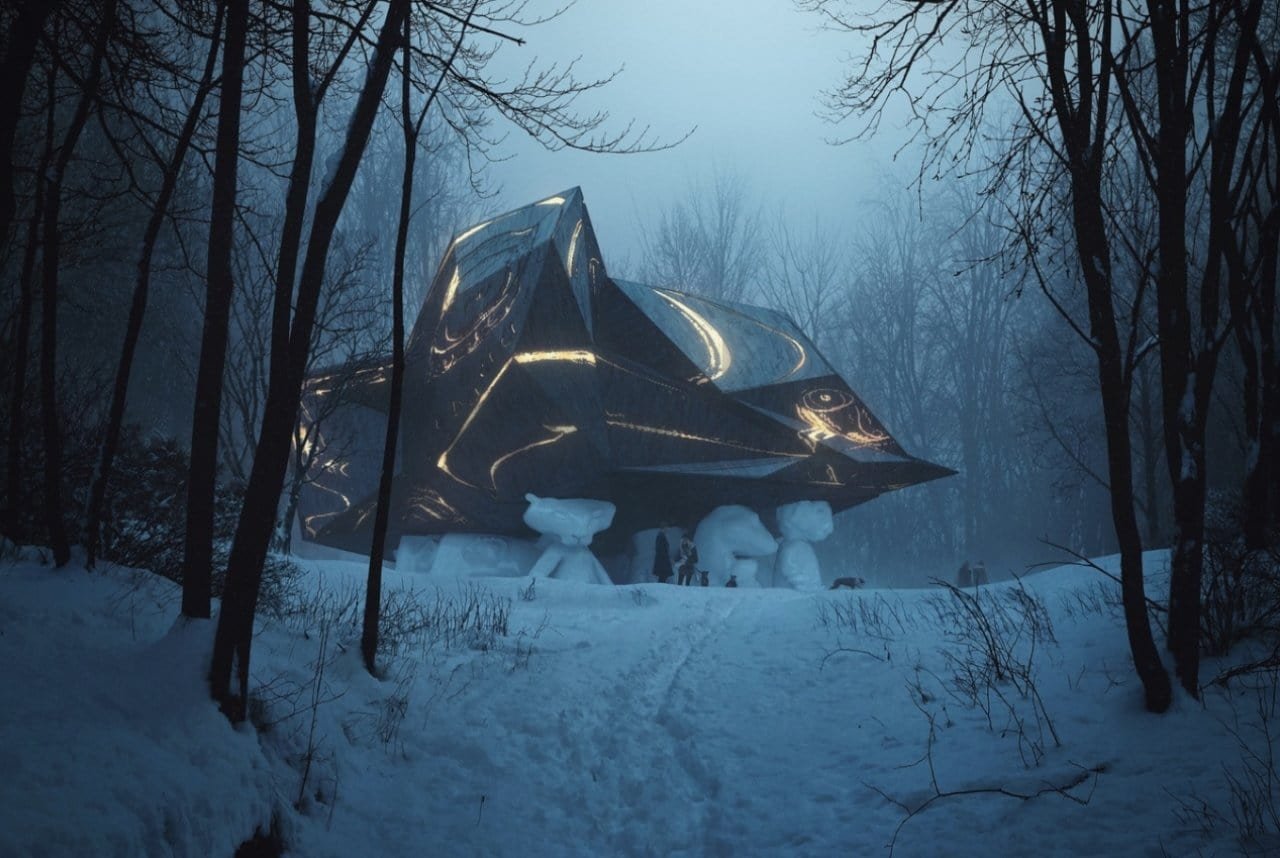 A House To Die In

From the makers of the world’s largest underwater restaurant, a low-energy glacial restaurant, and the 9/11 museum, comes A House To Die In, a bizarre and expressionist structure in the suburbs of Oslo, Norway.

Architectural firm Snøhetta was first approached in 2011 by artist Bjarne Melgaard for this project. It’s a combination of a home and a sculpture that would honor Edvard Munch, best known for painting “The Scream.”

The design would be rooted in Melgaard’s own art, and the structure itself would also serve as his personal home and work studio. The result? A haunting yet fascinating piece of architecture. One whose inspiration, at first glance, would be difficult to pinpoint. Is it fairytale-esque? Based on science fiction? A René Magritte and horror crossover? Or a combination of all those?

It truly is hard to describe. However, that’s the point. A House To Die In escapes easy description, which is also very true of The Scream. The masterpiece boggles art enthusiasts and the general public alike to this day.

The main piece, the one that looks like a huge rock formation, is stilted by massive animal sculptures functioning as foundational columns. The surprising thing is they would be clad with burned oak that naturally erodes over time. This would apparently result in a building that “changes character throughout the years and seasons,” says Snøhetta.

Unfortunately, local Oslo authorities rejected the plans in late August. They said the land designated for the building should remain a green space. Hopefully Snøhetta and Melgaard still go through with it (albeit in some other place) despite the setback.

The Big Branzino is a floating sauna that takes guests on a breathtaking journey across the changing backdrop of the Stockholm archipelago.

The Enjoy in Silence Chalet is a serene destination for the weary traveler who visits the countryside of Kyiv in Ukraine.

If you've thought of creating a man cave, this is how to do it. Come check it out.