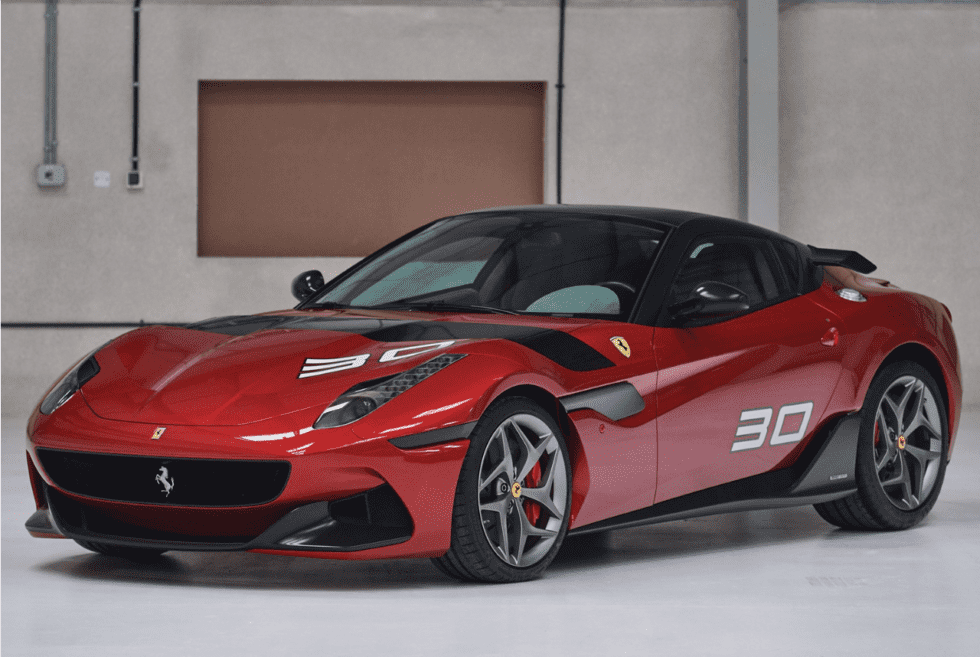 A Bespoke 2011 Ferrari SP30 Goes Up For Auction

For avid car collectors, there is a deep desire to own every imaginable model that rolls off the production line. Unfortunately, it might be difficult for brand loyalists who want to get their hands on all variants. On some occasions, items such as concept versions, and bespoke works almost immediately run out of circulation. One such item is the 2011 Ferrari SP30, which is reportedly heading to auction courtesy of RM Sotheby’s. We can probably guess that collector’s all over the globe are lining up for a chance to purchase this exclusive machine.

The SP30 is a one-of-a-kind ride inspired by the 599 GTO but features a healthy combination of unique customization work. For example, you can spot that the tail lights, rear speedster humps, and rear winglets are all form the latter. On the other hand, the headlights are clearly from the 458 Italia. Moving inside, we spy a mix of 612 GTO and 599 GTO components. Meanwhile, a generous amount of grey Alcantara is distributed around the cabin. So basically, its sort of an automotive chimera, albeit a beautiful and exotic one.

Interested parties should know that this is only one of the forty custom-made machines available in the world. These were all built in-house by the manufacturer’s expert craftsmen and engineers to meet the tastes of its important clients. What makes the 2011 Ferrari SP30 so special is that it is the first one to go on public auction. It’s exhilarating to imagine what the other 39 remaining models look like. However, some the owners choose to avoid any publicity.